6 Most Haunted Places In Brazil To Have A Bone-Chilling Experience In 2022! 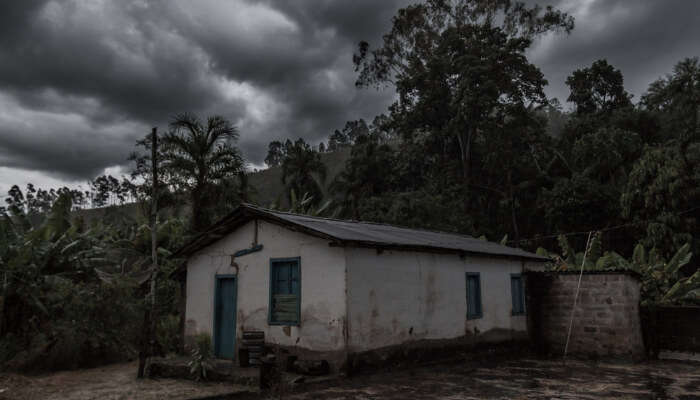 Being the largest country in South America as well as Latin America, Brazil provides its visitors with an amalgamation of western amenities and rich cultural heritage. It invites over 4 million tourists each year who come to see the vibrant aura in the country of Brazilians. However, within this multi-colored lifestyle resides dark corners with horrible tales and past. Here is a list of the most haunted places in Brazil which are perfect for the true adventure seekers.

Find yourself reading the terrifying tales of some of the most isolated locations and haunted houses in Brazil.

Joelma building is one of the top haunted places to visit in Brazil. In 1975, over 486 people died in the fire which covered the 25 story building within 20 minutes due to electric default. After the tragedy, it was rebuilt and renamed as Praca Da Bandeira. People here have reportedly claimed seeing ghosts roaming around the halls and rooms. It is also said that the mystery of 13 souls who were trapped in the elevator during the fire still haunts the place.

Must Read: Famous Brazillian Drinks: 8 Most Luscious Drinks That’ll Treat Your Taste Buds When In Brazil!

Also known as the Imperial Museum of Brazil, the Petropolis Museum was constructed in the middle of the 19th century and is one of the top haunted places in Brazil. It was built in the massive palace of Emperor Dom Pedros II whose ghost is trapped in the museum and reportedly still haunts the museum. Some have even witnessed his ghosts roaming around the place in the dark of the night. It is one of the best haunted places in Brazil and is worth visiting for the strong-hearted.

The Dream beach is situated in Sao Paulo, Itanhaem and is perfect for your hunt for scary places in Brazil. It is said that a couple of two ghosts who unfortunately died on the beach, still roam around the place. People have reportedly seen two decomposed figures appearing and disappearing into thin air. The maintenance team of the beach also says that they have heard disembodied voices and noises in the middle of the night coming from the empty beach.

Located in Brasilia, the City Hall has witnessed slamming of cabinets, windows and doors shutting automatically when the place is isolated. It is said that the Brasilia City Hall was formerly a mortuary and a large number of bodies were stored here before being buried. In addition, it also burned down in igniting flames once before being reconstructed. Once, a man was locked down automatically in one of the rooms when the place was completely empty.

The drivers who pass by the road to Petropolis from Rio de Janeiro have reportedly seen a blonde-haired woman waving her hand up in the air and standing at the corner of the road. When asked about the matter, she points down at a broken car and a body lying beside it. When the drivers go down for helping the person they realize it is the body of the same woman who stopped them on the road. Within seconds, the woman and the car disappear into thin air and the drivers are left with a traumatizing experience. While you drive through this road, be alert!

Another one in the list of the most haunted places in Brazil is the Grande Hotel. The hotel has a lot of haunting experiences, especially witnessed in room number 204. The visitors in the hotel have experienced a strange coldness and paranormal activity around the place. The evidence also includes mysterious knocking, ghost sights, and weird noises taking place.

Are you having goosebumps already or are you one of those strong-hearted folks? Dare yourself and check out these most haunted places in Brazil. Do not skip any name from the list and do let us know about your experiences after you return from your vacation to Brazil.

7 Extraordinary Treks In Brazil That Every Adrenaline Junkie Must Try!

10 Scintillating Mountains In Brazil That Will Take Your Breath Away!

15 Most Haunted Places In America: One Of A Kind & Each One With A Disturbing History!