Heritage Of India: 7 Architectural Marvels To Witness The Diversity In Planning Over The Years! 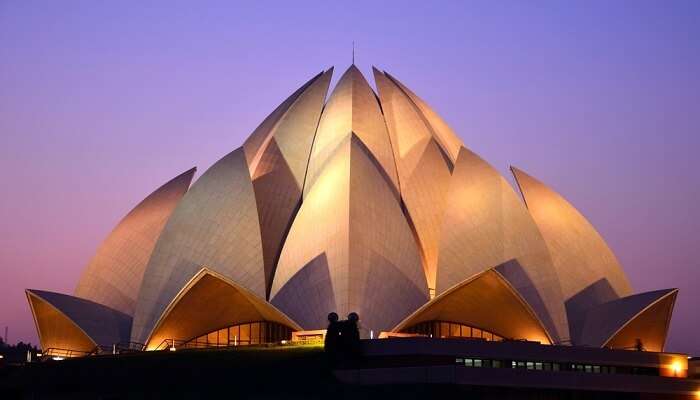 India has plenty to take pride in. From a sumptuous ethnic mosaic to remarkably varied landscapes, the ‘Golden Sparrow’ is not just any other country. It is a feeling. India’s unpredictability might get overwhelming for many but once you get the hang of it, it is irresistible.

With the bustling narrow streets, ancient temples, flavorful cuisines, humble locals, snow-clad peaks of the Himalayas, nodding palm trees along the beaches, and the sand dunes of its deserts, India has several thousand shades.

Among all the things that the country has to be proud of, it is the heritage that wins. Heritage of India is best described by its architecture with its intricate patterns that leave one in awe. Find all the top architectural designs and styles that have won hearts for centuries mentioned below.

If we talk about Indian history, one can understand that the country has been through a lot. This glorious past is what has led to the great evolution of architecture in the country. Throughout its journey, India has sheltered a number of civilisations and has had the pleasure of enriching its culture with a plethora of radically varied architectural marvels. From the carvings on the walls of Ajanta caves to the chariot structures from Vijaynagar Empire, there is an array of architectural styles in the national heritage of India.

Indo Islamic architecture of India entered the country during the medieval times. When the Mughal Empire was reigning, several features from the Islamic Art were introduced in the designs of buildings. Major features of this architectural style are the expansive courtyards, dome-shaped roof, and towering minarets.

Taj Mahal was built as a token of love. It is one of the finest examples of this architectural style in India. In the present day, this ivory white marble structure is a universally admired wonder. This structure is sitting in the premises of a vast Mughal garden with its arches and domes making it look aesthetically pleasing.

There were around twenty thousand craftsmen working on this masterpiece. This is indeed the most monumental gesture (pun intended) of love in the history of the world.

Must Read: 15 Secrets Of North East India Locals Have Been Keeping To Themselves

After India was raided by the British, there was great development in terms of architecture. It was during colonization that the birth of Indo-Saracenic architecture took place. This style includes varied elements from different cultures including Islamic, Hindu, and Western to be alchemized into colonial architecture.

Victoria Memorial in Kolkata exhibits this style perfectly. Heritage of India takes pride in diversity and this relevantly new architecture only adds to it. Constructed with white marble, this beauty was dedicated to the memory of Queen Victoria.

This monument combines together the Egyptian, Mughal, and Venetian architectural styles. A sight to behold, Victoria Memorial is as grand as it can get.

Suggested Read: 40 Indian Snacks Which Can Turn You Into a Local From a Tourist In 2020!

When we talk about ancient architecture, we don’t mean it to be years back. Ancient architecture dates much before that, it is as old as the history of civilization. There are still timeless ruins that stand tall and proud from the cities during Indus Valley. Stupas, monasteries, and shrines are the architectural monuments built by Buddhists in this country.

Out of several stupas, the one that got extreme fame is Sanchi Stupa of Madhya Pradesh. This is among the oldest and well-preserved stupas that attracts several thousand pilgrims all year round. The Stupa is ornamented with the finest Buddhist artwork.

The body of this structure symbolises the cosmic mountain. One can observe the ‘harmika’ that holds the ‘chhatraveli’ aka triple umbrella, major elements of this architectural style. Its hemispherical massive roof leaves one in awe.

Architecture of ancient India is breathtaking. Cave architecture saw a rise back in the third century. Initially, this architecture indicated a place of worship by the monks from Jainism and Buddhism religious faiths. It was in the western region of the country that this style was unearthed.

Ajanta Caves gives one a glimpse of the glorious past. The caves were the first ever Buddhist caves back in the century. These caves adorn the detailed paintings, sculptures, and artworks from the ancient Buddhist Era from floor to ceiling.

One can witness the tales of that past life of Buddha as they enter the grand halls that each cave of Ajanta opens into. The grandeur of these caves is remarkable.

Suggested Read: 31 Most Amazing Places To Visit In India With Friends In 2020

It was during the reign of the Mauryan Empire that the construction of Barbara Caves took place. Perhaps the oldest of its kind in this country, Barbara Caves is believed to be the template for the cave architecture that succeeded in the following centuries.

These caves are the only standing remnant or a hint of Ajivika, a religious faith that was wiped off back in the day. The arch-like shape of Lomas Rishi caves, one of the three Barbara caves, and the intriguing tales is what attracts history aficionados from all over the world.

Suggested Read: 10 Safe Places In India To Travel In 2020 For A Care-Free Holiday Experience

Temples form one of the major elements of India. Heritage of India majorly owes its fame to the temple architecture that simply increased the standards. Even in this one architectural style, one can witness varied features in different geographical parts and ethnic diversities.

The temple architecture further has three broad categories which can be witnessed in several temples covering the floors of the country. These three categories include Nagara or the Northern style, the Dravida or the Southern style, and the Vesara or Mixed style.

Meenakshi Temple is the epitome of Dravidian architecture. Sitting on the banks of Vaigai River, this temple is dedicated to Lord Shiva and Goddess Parvati. This temple is not only famed for its Hindu mythological tales but also the splendid and detailed patterns that adorn its walls and roof.

The towering gateways or ‘gopurams’, high pillared halls or ‘mandapams’, and the carved pillars combine to form this magnificent massive structure.

Suggested Read: Corporate Vs Covid-19: 5 Ways In Which The Private Firms In India Are Trying To Win The Battle!

Expressionist or Contemporary is the newly adapted architecture of modern India. This architectural movement first took place during the early decades of the 20th century in Europe. This movement went hand in hand with the expressionist performing arts of that time interval. In this style of architecture, each structure is created in a different form.

Lotus Temple was one of the initial monumental structures that was built under this style. Exhibiting the lotus structure, as the same suggests, this monument left individuals in awe of its craftsmanship. The temple follows and worships the Bahai Faith. This just means that it sees all the religions in the world as one. The white marble surface and the surrounding ponds only add to the beauty of this marvel.

Further Read: 29 Monsoon Destinations In India That Will Make You Dance In The Rain In 2020!

Heritage of India has only seen its standards getting higher and higher. From the ancient rock-cut temples to the contemporary style of architecture, the charm that these structures exude, although, remains the same. The diversity in every aspect of the country is brilliant. So, hopefully, the next time you visit India, you know what all to cover!

What are the three main styles of ancient architecture of India?

Three main styles include Nagara or the Northern style, the Dravida or the Southern style, and the Vesara or Mixed style.

What are some examples of Cave architecture in India?

Karla, Bedsa, Kanheri, Ajanta, Nasik, and Bhaja are some examples of Cave architecture in India.

What is the architectural style of Taj Mahal?

Indo-Islamic architecture is the architectural style of Taj Mahal. One can witness the domes, high minarets, and massive courtyards as features of this monument.

Which is the oldest building in India?

Sanchi Stupa is the oldest building in India. It has been standing tall since the Indus Valley civilization in the country.