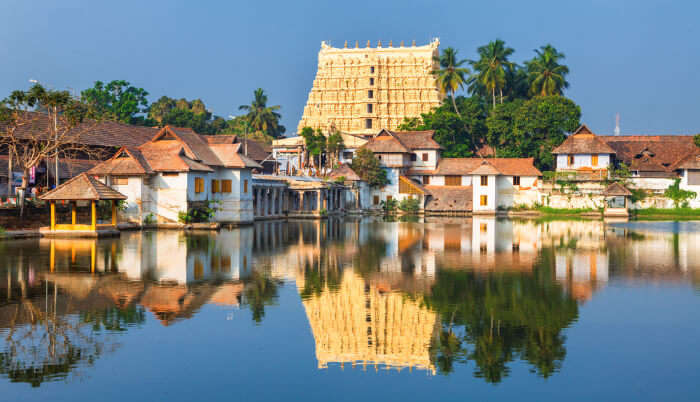 On India’s tropical Malabar Coast resides Kerala, an evergreen state which is famous for its breathtaking scenic views and palm-lined beaches. With the beach beauty and tropical shows, the state also embraces some of the most beautiful and ancient monuments and temples that are worth visiting. Take a look at our list of heritage places in Kerala including the Western Ghats. Each and every place in Kerala is just beautiful, serene, and amazing. Some of the these places are architectural marvels while some are just naturally occuring marvels.

Take a look through the list of age-old monuments and breathtaking ancient places which would make your trip in Kerala a memorable one! There are not many world heritage sites in Kerala but surely the one here is worth giving a visit.

1. The Western Ghats – Paradise On Earth

Also known in the name of Sahyadri, the Western Ghats are the famous mountain range in Kerela which is spread over an area of 140,000 square kilometers, passing through the states of Kerala, Tamil Nadu, Karnataka, Goa, Maharashtra, and Gujarat. It is one of the most famous UNESCO heritage sites in Kerala offering a heavenly view from the mountains and is home to a large number of national parks, tiger reserves, wildlife sanctuaries, trekking points, and plantations.

Must Read: 6 Marvelous Kerala Parks To Get Rejuvenated On Your South Indian Escapade!

Located 32 km away from the Trivandrum Central Railway Station, the Anchuthengu fort is also known as the Anjengo Fort. It is the first creation of the East Indian Company in Kerela back in the 16th century. While you are here, admire the architecture of one of the ancient heritage sites in Kerala while standing in the shores of the Anchuthengu beach.

Suggested Read: Top 8 Yoga Retreats In Kerala That Will Make You Full Of Happiness And Peace!

Once home to Marthanda Varma, the Maharaja of Travancore is now a palace with no origin and ages. The ancient palace represents Kerala-like architecture which looks very intricate and detailed. Today, you will find an archaeological museum with the palace with many wonderful masterpieces. It is one of the many heritage places in Kerala where you can visit for a nice photo session.

Suggested Read: Top 7 Soothing Spas In Kerala Where You Can Experience A Rejuvenating Vacation!

The Thrikkakkudi Rock-Cut Temple is one of the Top Historical Places & Monuments in Kerala. It a must-visit for the Lord Shiva worshippers. The three feet long Shivalinga is protected in a small cave with four walls and attracts worshippers from all around. The remarkable architecture and age-old designs make it a preserved monument by the Archaeological Department.

Created in the year 105 AD, the St Mary’s Forane Church holds a tale of Mother Mary, who asked a few children to build a church in the place where it standstill now. The church represents a Virgin Mary and a cross inscribed from the granite stones. It is worth giving a visit while you explore some of the best historical places in Kerala, Karnataka.

Suggested Read: 10 Best Places To Visit In Malappuram To Satiate Your Wanderlust While In Kerala!

Constructed as the memorial of the ‘Lion of Kerala’, who was Veera Pazhassi Raja, a descendant of the Kottayam family, the Pazhassi Raja’s Tomb narrates the history of Veera’s cremation after he was shot by the Britishers. You will also find the Pazhassi museum near the sword which is believed to be used by Pazhassi Raja.

Suggested Read: 10 Stunning Beaches Near Kerala For An Extra Dose Of Sun, Surf, And Sand

The Thalassery Fort is another historical sight you will find at the Thalassery town in the Kannur district of Kerala. Under the Archaeological Survey of India, the Thalassery fort attracts plenty of viewers from around Kerala. The fort is square in shape and has large walls inscribed with intricate designs and details. Nearby Thalassery, you will find the Odathil Palli, the Jagannatha temple and Thiruvangadi Sri Rama Swami Temple.

Suggested Read: 10 Most Famous Islands In Kerala You Must Visit For An Extraordinary Experience

The Anantha Padmanabha Temple, also known as the Padmanabhaswamy temple is a temple dedicated to Lord Vishnu. Some points to keep in mind while visiting this temple are that it is only made for Hindus, and does not allow men with shirts or clothes above the waist. The intricate designs and details are something worthy to be captured in this temple.

Located on the top of Ambukutty Mala near Ambalavalayal in Wayanad are Edakkal Caves; two natural caves known for their heritage importance. The caves, located at an altitude of 4000 feet, were discovered by Fred Fawcett in 1890 during his hunting trip. The name ‘Edakkal’ means ‘a stone in between’ and is quite an amazing place to visit. The views of the hills of Wayand and surrounding peaks are nothing less than marvellous.

Suggested Read: 51 Best Places To Visit In Kerala For A Vacation To Remember In 2021! 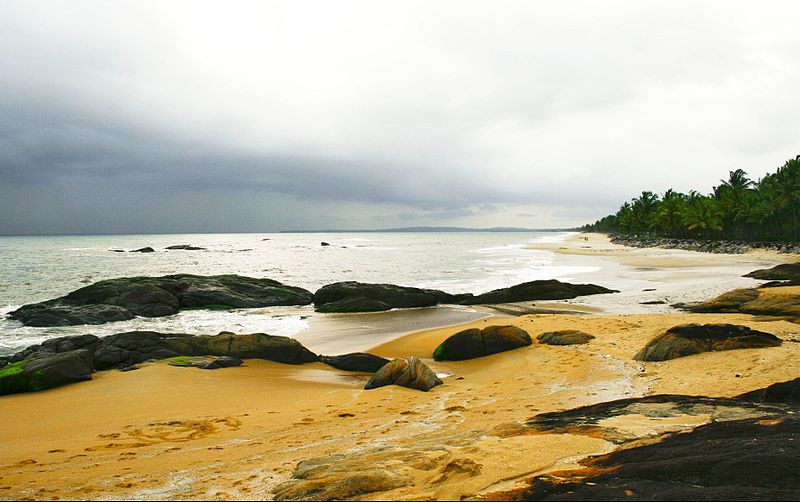 Kappad beach is one of the most beautiful tourist places in Kerala and is one of the most charming beaches in Kerala. It was in 1498 when Vasco da Gama landed on Indian soil at Kappad beach along with 170 men and to commemorate that event, there is a monument on the beach. This marked the beginning of an era of new relationships between the Indians and the Portuguese. The beach is the perfect place to relax and play around. 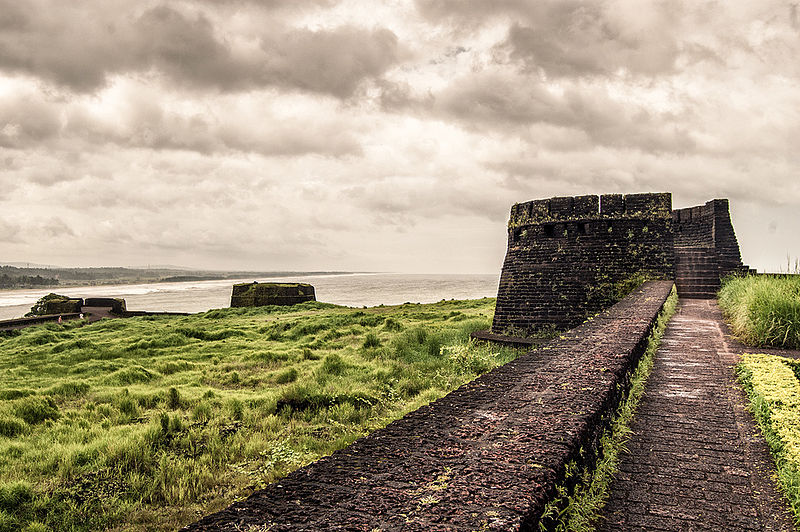 Situated in Bekal in Kerala is the Bekal Fort standing tall along the shores of Arabian Sea. Bekal Fort is the biggest fort of Kerala, it is so huge that it spreads across 40 acres of land. The fort is said to be more than 300 years old. It was built by Sivappa Naik of Ikkeri dynasty during the 1650s.

Suggested Read: 32 Things To Do In Kochi On A Holiday In This Kerala Port City In 2021 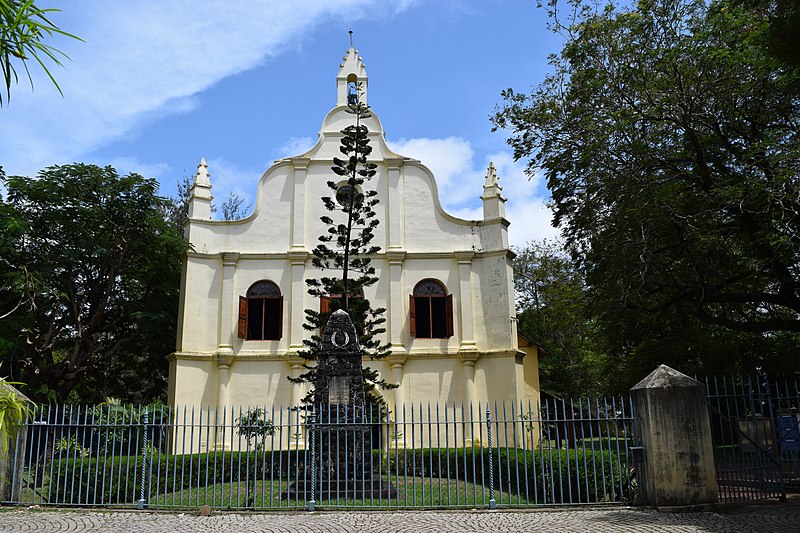 St. Francis Church is famous for being the first ever European Church that was built in India. The church is located on Parade Road and was originally called Santo Antonio, the Patron Saint of Portugal. The church reflects the history and struggle of Euorpeans in India from 15ht till 20the Century. Originally the church was made of wood, but was later rebuilt in stone. 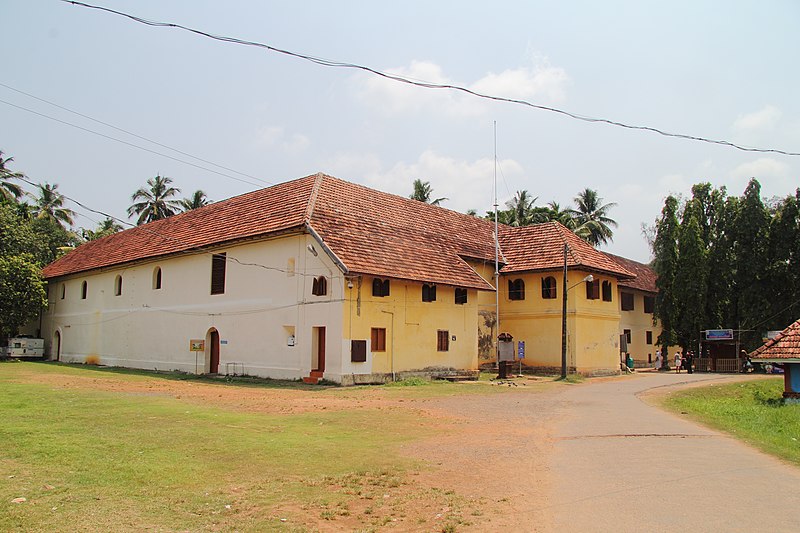 Dutch Palace or Mattancherry Palace is a palace that was built by the Portuguese and was gifted to the Raja of Kochi in 1555 AD. It is located in Mattancherry near Jewish Synagogue. It was in 1663 when the palace took the Dutch Palace name as the Dutch carried out renovations and extensions in the palace.

Suggested Read: 20 Tranquil Hill Stations In Kerala For A Rejuvenating Experience In 2021 Summer 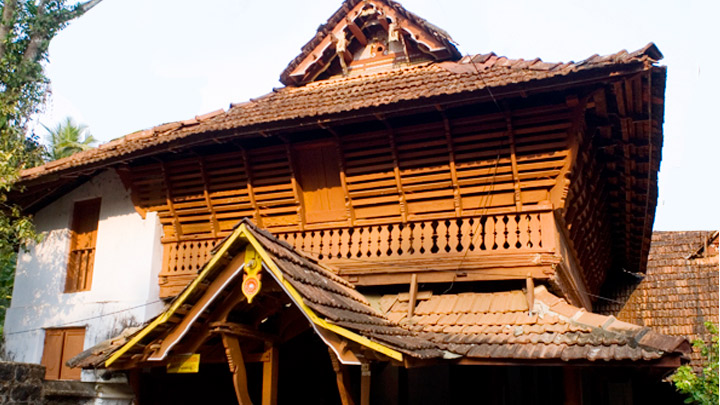 Poonjar Palace was built by the Poonjar Rajas and is approximately 600 years old. The Poonjar Palace is made out of wood and the architecture of the palace is reminiscent of Kerala’s tradition. The Palace houses a museum that showcases a collection of exquisite furniture, a boat carved out of a single piece of wood, chandeliers, lamps, sculptures and more.

Further Read: 15 Best Ayurveda Resorts In Kerala That You Ought To Visit In 2021

These were the ancient heritage places in Kerala which provide their visitors with some rich cultural tales and remarkable architecture. Add these up in your list and make sure to take a look in all these age-old places on your trip to Kerala. Happy Traveling!

Which are the historical monuments in Kerala?

How many World Heritage Sites are there in Kerala?

The UNESCO recognized world heritage sites are located in the Western Ghats of Kerala including the Agasthyamalai, Periyar and Annamalai region.

Which city is known as Heritage city of India?

The 600 year old walled city of Ahmedabad in Gujarat has been recently declared as India’s first ‘World Heritage City’. 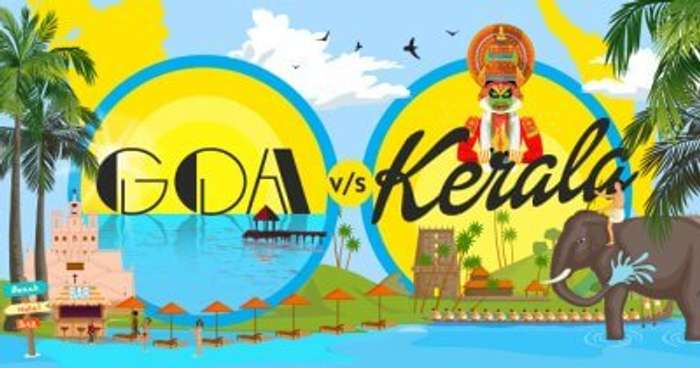 Goa Vs Kerala: Which One’s Your Pick?