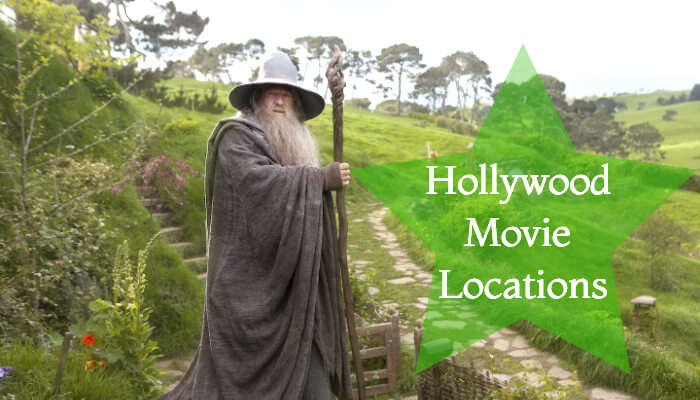 Whenever we watch a Hollywood movie, it is not just the characters that we connect with. The place where that entire story is based also influence our minds. Romantic, drama, comedy, horror, thriller, action, be it any genre, the location has to be apt. Also there are times when we wish if we could visit those places in reality. So, why not explore some of the Hollywood locations around the world from a few popular movies and make a wish-list.

Top 7 Hollywood Locations Around The World

Here are some of the Hollywood locations from your favourite movies that were short in various exotic places around the world: 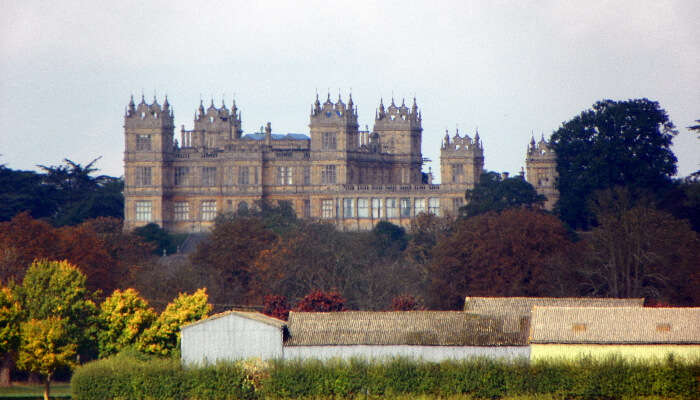 One of the most world-popular superhero movies, Batman Begins was shot in Mentmore Towers in South East England. Directed by Christopher Nolan and released in 2005, the movie featured Christian Bale as the protagonist Bruce Wayne AKA Batman. The Mentmore Tower was shown as the fictional mansion of the Batman. Located in the Mentmore village of Buckinghamshire, this English country house was built in the 19th-century for a royal family. This ancient mansion will leave you awe-inspired by its grand architecture. 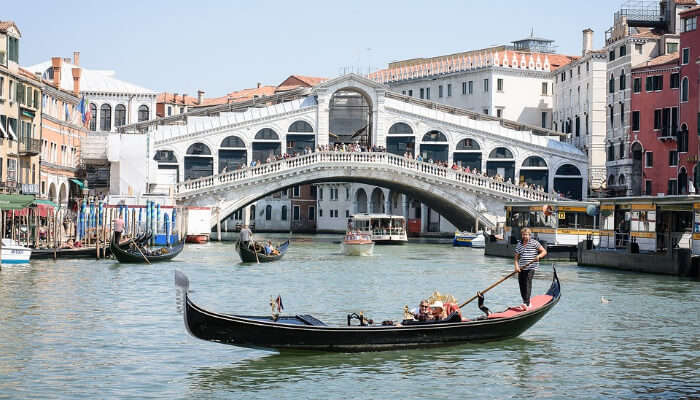 If you are a James Bond fan, you would be extremely excited to know that the third screen adaptation of the original Ian Fleming’s book was shot in Venice. This spy film released in 2006 has scenes set up in some of the most romantic locations of the city of canals. For instance, after Bond (Daniel Craig) admits his love to Vesper Lynd (Eva Green) they sail their yacht to Venice. This is one of the most popular Hollywood movie locations. If not on a yacht, you can take a gondola tour in Venice to witness the real beauty of this Italian city of canals. Try not to be overwhelmed by the charm of its classic Italian architecture

Must Read: 26 Best Places To Visit In Venice In 2022 – The Most Beautiful Canal City Of The World 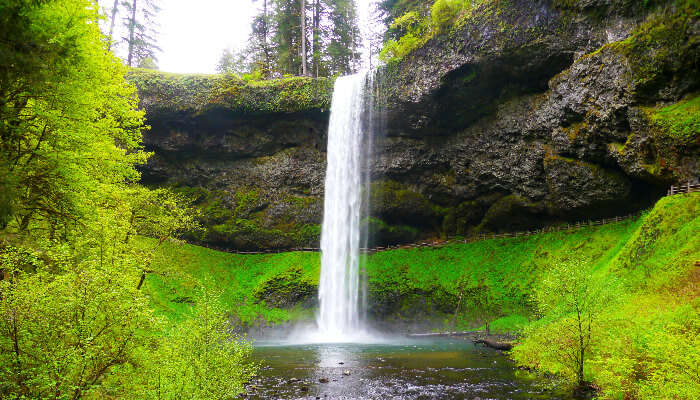 The American romantic fantasy, Twilight was released in 2008 and was a major hit especially among the youngsters. In a scene, the leading characters Bella Swan (Kristen Stewart) and Edward Cullen (Robert Pattinson) are shown sitting in the treetops. This shot was taken in the Silver Falls State Park located in the coastal U.S. state of Oregan. Known for its forested and mountainous landscapes, Oregan is a dream destination for anyone who is fascinated by love stories of vampires. It is also one of the most frequently used Hollywood locations.

4. Divinity School – Harry Potter And The Goblet Of Fire 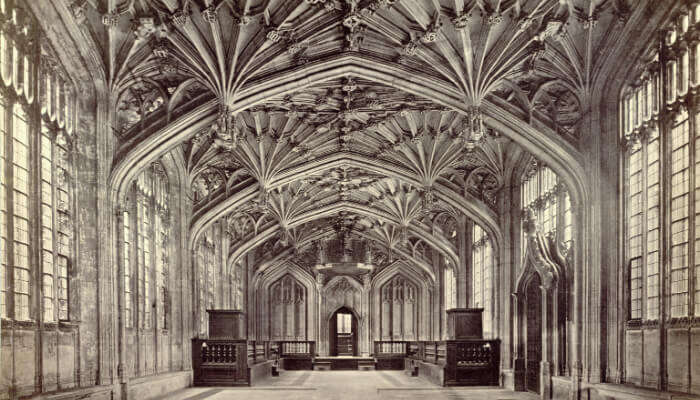 Here’s good news for all the Potter-heads! If you have ever dreamt of visiting the locations shown in the Harry Potter movie series, here’s a chance for you. There’s a scene in Harry Potter And The Goblet Of Fire, where Professor McGonagall (Maggie Smith) was preparing Ron Weasley (Rupert Grint) for the Yule Ball by training him to waltz. It was shot in Oxford’s Divinity School. This medieval building in England was built between 1427 and 1483. It is one of the oldest standing buildings in the city and is known for its striking perpendicular style rooms. 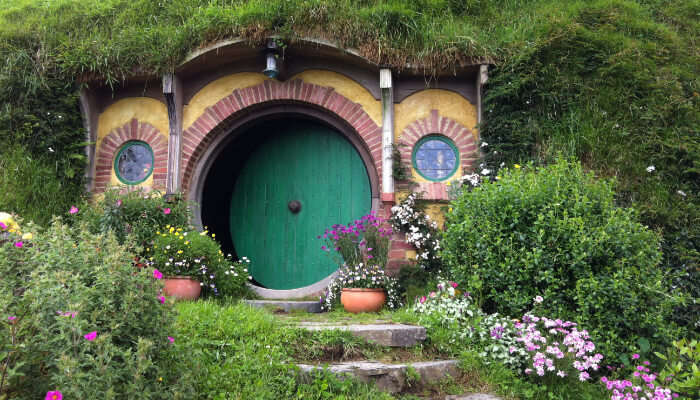 Based on a 1937 novel by J. R. R. Tolkien, The Hobbit: An Unexpected Journey is the first edition of the fantasy adventure movie directed by Peter Jackson. A major part of the movie has been filmed in an astonishingly beautiful town of North Island in New Zealand, called Matamata. Located on the foot of Kaimai mountain ranges, this town is known for landscapes that similar to children’s storybooks. Lush green meadows, vibrant gardens and small hut-shaped houses or Hobbit homes look absolutely mesmerizing. You would also find 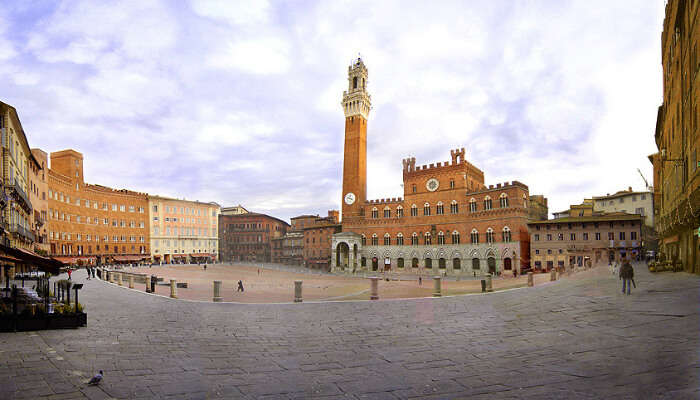 Here’s another movie that has been filmed in Italy, but in a different city. A 2010 release, Letter To Juliet is an American romantic-comedy-drama that was shot in the popular plaza in Siena, called Piazza del Campo. It is a scene that shows the main characters, Sophie (Amanda Seyfried) and Charlie (Christopher Egan) walking and exploring the city. You can also follow their footsteps and visit this historic center located in Siena and be spellbound by its wonderful architectural beauty.

If you have ever played the Tomb Raider video game and imagined yourself in the maze-like tomb, this one’s for you. Remember Angelina Jolie starer Lara Croft: Tomb Raider released in 2001? The film is based on the same game and features Siem Reap in Cambodia. Try if you can identify Angkor Wat temple complex in the scene where Lara Croft (Jolie) recovers the other half of the ‘Triangle of Light’. This largest religious monument in the world is the major attraction in Cambodia and has been one of the favorite Hollywood filming locations. The grandeur, the ambiance, the detailing and the overall beauty of Angkor Wat will surely leave you breath taken.

Further Read: 10 Best Places To Visit In Siem Reap That Speak Of The Bygone Angkor Era

If you love Hollywood movies, then by now you must have added all these places to your travel bucket list. Apart from these, there are many other locations around the globe where Hollywood loves to shoot. Plan a trip to any of your favorite international destination to visit the locations from your favorite movie scenes.

Enlist the top 10 Hollywood locations around the world?

Which all short shots took place at Mentmore over?

Were the James Bond Movies shot in Venice?

The original Ian Fleming’s book, James Bond was shot in Venice. This spy film released in 2006 has scenes in the most romantic locations of the city. After Bond (Daniel Craig) admits his love to Vesper Lynd (Eva Green) they sail their yacht to Venice.

Which are some of the films that were set up in Venice?

What are some of the places to visit in Venice?

Which location holds the major part for the discovery of Fantasy adventure movies?

The Hobbit: A major part of the movie has been filmed in the town of North Island in New Zealand, called Matamata.