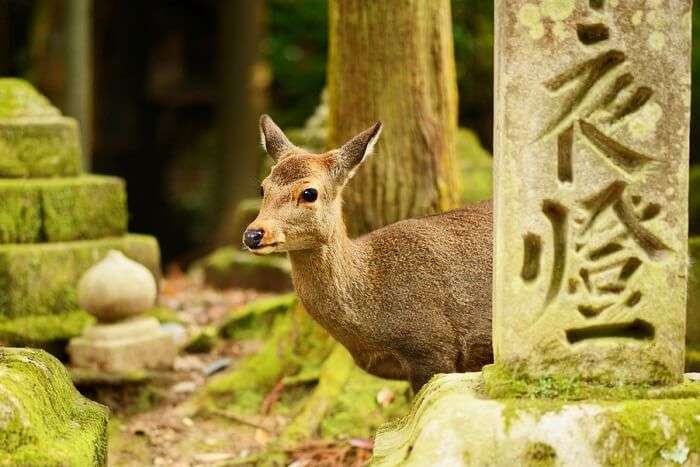 Japan is known for its wonderful culture and connects with nature even in today’s world. The place is beautiful and diverse. There are a number of different wildlife species in Japan which you can not spot anywhere else in the world. Given the country’s geographic location, proximity to both Arctic and the tropics, the Japan wildlife is a vast and deep treasure. The coasts of Japan are home to some of the most wonderful marine animals in the world. You will find everything from foxes, deer, monkeys to bears and boars in the jungles of Japanese mountains.

There are a few endangered species in the country, some of which are native to the island itself. From red-headed cranes to spider crabs and salamanders, Japan is full of weird and unique animals. There are many myths and folklore attached to the wildlife in the country, which is why you will find some animals considered messengers of God. There are a number of national parks in Japan, where you can take on safaris to observe the animals from closely. Today, there are a number of wildlife tours available catering to the nature lovers, encouraging them to observe the animals in their natural setting. Some cruises around the Japanese shore are doing a great job of that.

Read on to know more about experiences that are a must when it comes to Japan wildlife. Make sure you spot at least half of these unique creatures during your trip:

Also called the Jigokudani Monkey Park, this is the best place to spot some snow monkeys. The unique fact about this species of monkeys is that they are the only primates to survive such cold temperatures, apart from us, human beings. These are hands down some of those rare Japanese animals that everyone raves about. These monkeys have a thick coat of fur which protects them from cold. They are brown-grey in color with red faces. There are a number of hot springs in this park, which is where you will spot most of them warming themselves.

If you are a fan of scuba diving, head to Ishigaki island to dive and witness grand Manta Rays swimming in the Pacific waters. Most times, you would catch these fish swirling in the water which seems as if they are dancing. The contrast against the coral reef makes for a brilliant visual experience. There is a place known as Manta Scramble on the shores, where you can easily spot Manta Rays given the presence of coral reef, sea plants and other things. During spring and autumn, the chances of spotting fish here with great visibility is quite high, making it one of the best Japan wildlife tours!

Yes, you can actually swim with one of the most dangerous animals in Japan! Known as Hammerhead Sharks, these fish crowd the waters off Yonaguni every year from November to May. Interesting thing is that they have almost never attacked a human ever. In fact, they like to hunt stingrays. Which is why swimming with these sharks is possible at all. While hunting, they take their prey to the ocean bed and pin it there with their large, rectangular heads. A sight to behold, these “Hammerhead Sharks” should definitely be a must-experience on your itinerary!

A secret treasure, this remote place in the Nichinan area is home to the weirdest animals in Japan – the Japanese giant salamander. An average creature of this species can grow up to be about 4.5 feet and a hundred years in age. These fascinating creatures have earned themselves the name of “living dinosaurs” as they have been this way for millions of years now. Today, their population is decreasing, which is why places are being run for their conservation. Please note that the breeding season is from mid-August to mid-September, which is why no visits take place during that time.

Image Source
Sea eagles are one of the rare treats of nature in Japan. You can take a cruise to watch Steller’s sea eagles. These are the largest of their kind in the whole world, weighing up to 9 kilograms. Apart from their physique, they also are known for their yellow beaks. These birds eat the cod from Pacific waters. Best time to spot these birds is during winters, in months of January and February, when the ice starts melting and the number of cod increases in water.

An endangered species, these beautiful birds are a bit difficult to spot naturally. However, head to the Tsurui village which is considered to be the best place in the entire country to spot these cranes. Although the village is located remotely, it is flooded with flocks of international tourists every year to see one of the rarest Japanese animals. The bird breeds near the village, so spotting one here should not be as difficult, which means this is definitely one of those Japan wildlife tours that you must take.

One of the most beautiful landscapes in the world is located in this area of Japan. The hills and the valleys make for small hikes. Snow-capped peaks and the flora and fauna similar to that of Alps in Europe, this place is a must-visit for every outdoorsy person. Covering Mount Fuji and several other mountains, the scenes in this area change depending on the weather. The trails are not that difficult, however, it is more suitable for seasoned trekkers. While you are in the area, be on the lookout for black Asian Bears along with several butterflies, eagles, and monkeys in the wild.

This special species of the wildcat is limited to only the Iriomote Island of Japan. It was first spotted in 1965 and is definitely one of the weirdest animals in Japan. Quite possessive about their territory, these cats are quite small, almost like a house cat and lurk around in evenings. The Yamaneko cat is an endangered species, it is related to the leopard, but is quite different from it. It is assumed that there might be only about a 100 left of them in Iriomote, so spotting them is quite a task!

One of the world’s largest aquariums, the Churaumi Aquarium in Okinawa is a blessing for every marine life lover in the world. Home to the most dangerous animals in Japan, the aquarium was redone in 2002. It is known for its Kuroshio Tank which stores the largest whales, manta rays and sharks. This wildlife tank is, in fact, huge and is spread over many storeys, making it possible for observers to see into the waters at different levels. The whole experience is a one-in-the-lifetime kind of thing, which is why you must visit the aquarium when you are in Okinawa.

The entire region of Hokkaido is famous for popular amongst nature lovers as a haven for Japan wildlife especially birds. Full of rivers, the area serves as a stop for migratory birds. You will spot swans, cranes, plovers, curlews and many other animals over here. Some places, cruises down the river are available for a closer, more intimate experience. Akan International Crane Centre, Maruyama Park, Shunkunitai Wild Bird Sanctuary are some of the best places to visit in Japan if you are a bird lover.

The Flora of Japan

The geography of different islands makes the country a quite diverse experience when it comes to plants as well. You will find subtropical evergreen forests in Southern Japan. On the other hand, the proximity to the Arctic Circle makes the northern part full of snow, fern, and shrubs. You will also find different varieties of seaweed in the coastal towns and villages. Cherry blossoms of Japan are a constant staple throughout, which is why visiting Japan in spring is a must!

The diversity of Japan makes it a perfect vacation for wildlife lovers. There are so many variations in Japan wildlife, that your trip to the country will be worthwhile. If nothing else, you can visit the animal cafes (featuring cats, dogs, owls, and snakes) in Japan where you can touch and interact with animals. These cafes are a huge hit amongst Japanese youth. So, plan your trip to Japan with us and bag the best deals possible!

Q. What are some of the different species of wildlife found in Japan?

Q. Where can one find snow monkeys in Japan?

A. Snow monkeys are the only mammal who can sustain cold temperature other than us. Japan is one of the few countries that can provide them with a sustainable environment. You will be able to witness these majestic animals in the Jigokudani monkey park.

Q. Can one find Manta rays in Japan?

A. Among the other famous things why Japan is so popular among tourists, Manta rays hold a prominent position. You will be able to find Manta rays while scuba diving in Ishigaki island of Japan. It is one of the most fulfilling experiences of a person’s life.

Q. When are Hammerhead sharks visible in Japan?

A. Hammerhead sharks are more visible in Japan from November to May. You might even get to swim with these sharks during a trip to Yonaguni in Japan.

Q. Why are Japanese giant salamanders so popular?

Q. Which is the apt time to view sea eagles in Japan?

A. If you visit Japan during January and February, you might be lucky enough to witness the sea eagles in Japan. These majestic birds are around nine kilograms and look beautiful.

Q. When was the Yamaneko wildcat first spotted in Japan?

A. Yamaneko wildcat was first spotted in Japan in 1965. It is found mainly in the Iriomote island of Japan and is quite famous among all the wildlife lovers across the globe.

Q. Where can you find the largest whale in the world?

A. You will get to view the largest whale in the world in the Churaumi aquarium of Japan. The whale is stored in the Kuroshio tank of the aquarium.

Mountaineering In Japan: A Detailed Guide To Become A Real Mountaineer

Mountaineering In Himalayas: 6 Best Spots To Dare Yourself To Something New In 2020!

8 Scenic Beaches In South Korea That Will Soothe Your Mind, Body, And Soul!

Azerbaijan In December 2020: Where To Go And What To Do For An Exciting Holiday Experience

9 Epic Wildlife Sanctuaries In Kashmir That Will Take You A Step Closer To Nature’s Goodness!