Kolli Hills Guide: Know How To Reach This Offbeat Paradise In 2020! 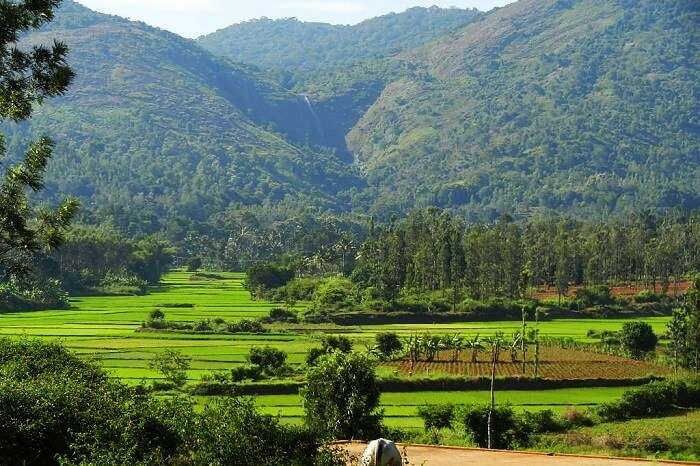 History has it that atop the majestic Kolli Hills, existed a ghost of “Kolli Pavai” which is how the hills received its name that literally translates into the “Mountain of Death.” However, much famed as the Kollimalai amidst the locals, these mighty hills rise up to an impressive altitude of more than 4,265 feet. No matter how mysterious the Kollimalai secrets may be, this guide proves that there’s a lot more to Kolli Hills than what meets the eye.

Before we go ahead, take a look at the dangerous hair pin bends that a traveler has to get through in order to reach the mesmerizing hilltop of these Hills.

Kolli Hills in Tamil Nadu can be visited all round the year except for the month of January as the temperatures drop down considering the altitude of this picturesque destination. In all the other months Kolli Hill weather is quite pleasant. Hence, the best time to visit Kolli Hills is from February to December. Also, since there are limited number of attractions, an ideal duration of 2 to 3 days would be enough to explore the best of the Hills.

Places To Visit In Kolli Hills

Here is the list of places that you must visit on your vacation in this destination. Keep scrolling down and read along!

Image Source
With a rich culture and historical significance that dates back to as long as the 1st century CE, the Arapaleeswarar Temple was built by the then-ruler Valvil Ori. Dedicated to Lord Shiva and a crucial part of Kolli Hills sightseeing, the temple stands as a witness to the great Dravidian style of architecture till today.

Image Source
Located at a distance of just 3 kilometers from Semmedu, the Botanical is one of the best places to visit in Kolli Hills. Featuring a beautiful Rose Garden, a majestic view-point, eco-friendly cottages, and a fun-filled Children’s Park, Botanical Garden is a must visit when on your next trip to this destination.

Location: Semmedu, Namakkal District, Tamil Nadu
Timings: Monday to Sunday – 8 am to 8 pm
Tip: Pets are not allowed inside the premises of the Botanical Garden.

Suggested Read: 20 Best Tourist Places In Tamil Nadu That Prove That The State Is A Crown Studded With Gems

Image Source
Much famed for being a home to medicinal plants in abundance, Tampcol Medicinal Farm in Kolli Hills is a must-visit attraction which is run by the State Government of Tamil Nadu. Located on the way to Vaasaloorpatti while going back from Semmedu, the medicinal plants, shrubs, and herbs grown at this farm are widely used in the production of Unani, Siddha, and Ayurvedic products to a great extent in India.

Location: Enroute Vaasaloorpatti, Kolli Hills, Namakkal, Tamil Nadu
Timings: Monday to Sunday – 8 am to 7 pm
Must Buy: Chitharathai – it is the best remedy for cold and sells for INR 400 per kilogram

Things To Do In Kolli Hills

Check out the list of things you can do to make your trip extra special. Keep scrolling down and read along!

A notable part of the Eastern Ghats and located in the famous Kolli Hills, the Agaya Gangai Waterfalls or the Kollimalai Falls, measures upto 300 feet, comprises of about a 1000 steps descending to the base, and is much famed amidst the trekkers. The Kolli Hills Falls trail stretching up to a distance of just 1 kilometer from the Arapaleeswarar Temple, a trek to Agaya Gangai waterfalls is a vital part of the hills trekking in Tamil Nadu.

Located at a distance of about five kilometers from the city center of Vasalurpatty, the boat house is built on an artificial lake which is one of the popular places to visit in Kolli Hills. The serene lake is encircled by the lush green landscape of the hills which makes is it one of the must experiences in this destination.

Fit for only one or two people to enter the caves at a time, it is believed that the Siddhar Caves are encircled by medicinal herbs on all sides which is also a specialty of Kolli Hills. Considered to be centuries old, Siddhar caves served as a home to the sages who practiced traditional medicine and natural healing.

Other Things To Do In Kolli Hills

Visit the Ettukai Amman Temple located in Valapoor
Encounter surprises at Masilla falls, and Namma Falls
Explore the many viewpoints such as Selur viewpoint, Sirumalai viewpoint, Binnam viewpoint, and Seekuparai viewpoint
Trek to the remote Bogar Caves, and Kayanavandhu Caves
Stay at one of the traditional wood houses

Places To Visit Near Kolli Hills

If you are thinking to explore the places near Kolli hill, then here is the list of few of the best places. Keep scrolling down to know more!

Image Source
Serving as a gateway to Kollimalai, Puliancholai is a rising trekker’s paradise located at the foothills of Kolli Hills. Comprising of more than 24 identifiable trails for trekking, there’s a lot more to Puliancholai than what meets the eye.

Image Source
Soon to be a smart city, the city of Salem famous for silver, silk, and steel. Located in a close proximity to Kolli Hills, Salem serves as a perfect delight to travelers who want to explore the nearby places as well.

What To Shop From Kolli Hills

Coffee, pepper, rice, and honey, are some of the popular things to buy for those who feel like shopping in Solakkadu, Kolli Hills. Traditional varieties of fruits are also famous in the local shopping markets called the shandy which are held twice a week on Wednesdays and Saturdays.

Looking for a comfortable accomadation in Kolli Hills? Here is the list of the best ones which will provide you remarkable services. Take a look!

For those who’re looking for comfortable and cozy Kolli Hills cottages, look no further than Nallathambi Resort. Considered to be one of the best Kolli hills hotels and resorts, Nallathambi Resort is a perfect resort for family, couples, and groups as well.

How To Reach Kolli Hills

Image Source
Though this beautiful hill station is not directly accessible by air or by train, it makes for an apt destination for a perfect bike trip or a long drive. However, Kolli Hills can be reached easily from the nearby cities of Chennai, and Salem.

By Air: Trichy domestic airport is the closest airstrip from the hill station of Kolli Hills. Located at a distance of about 90 kilometers, one can reach Kolli Hills from the nearby cities like that of Chennai, Bangalore, Madurai, and so on, by reaching Trichy airport via regular flights.

By Train: The railway station of Salem is the nearest railhead to Kolli Hills which is located at a distance of just 90 kilometers.

By Road: One can travel via state-run buses from Salem which is well connected with the nearby cities of Chennai, Madurai, and so on. Other than that, one can also choose to hire a taxi from the nearest airport or the nearest railway station which would cost the travelers approximately INR 1000 to INR 1200 on an average.

Mesmerized much? Well now that you have one more destination to tick off from your bucket list, make sure you keep this guide handy to explore the best of Kolli Hills on your next Tamil Nadu vacation. And for when you’re back, don’t forget to share your experience with us at travelogues@traveltriangle.com.


Q. What is famous in Kolli Hills?


Q. What is special in Kolli Hills?


A. The flora and fauna of Kolli Hills and the majestic landscapes, awesome weather, and the mysterious folklores by the locals make Kolli Hills a special place to be explored in South India.


A. The road to Kolli Hills is also known as Kollimalai Ghat Road and is one of the most adventurous mountain roads with a length of nearly 46.7 kilometers. There are 70 continuous hairpin bends here. The road starts in Kalappanaickenpatti and ends at the ‘mountains of death’, popularly known as Kolli Hills.


Q. How many steps are there in Kollimalai?

A. Kollimalai has 1,000 steps and it takes nearly 1 hour to trek down.


A. The distance between Chennai and Kolli Hills is 357 kilometers. This beautiful hill station in South India can be reached easily via road from Chennai in nearly 6 hours. There is no local railway station here, however, you can get down at Salem which is nearly 46 kilometers from Kolli Hills. For the most comfortable journey for Kolli Hills, you can reach Chennai via flight or train and board a bus or hire a taxi for Kolli Hills.


Q. How do I get from Kolli hills to Trichy?


A. The straight distance between Kolli hills and Trichy is 73 kilometers. The driving distance is 107 kilometers and if you are traveling in the early morning then the journey will take nearly 1 hour 32 minutes. The traffic is likely to higher in later hours.


Q. What is the best time to visit Kolli hills?

A. The best time to pay a visit to Kolli hills is all year long. The temperature remains moderate and extremely pleasant throughout the year. However, it is better to avoid going in January as the weather drops immensely during this time of the year.


Q. What are some amazing things to do in Kolli hills?


A. There is no dearth of things to do in Kolli hills. Some of the top things that one can do in Kolli hills are playing around the waterfall, riding on the boathouse, exploring the caves, watching the sunset, and many more.


Q. What can I shop for in Kolli hills?

A. Some of the popular things that you can buy in Kolli hills are coffee, honey, rice, and pepper. Other than this, one can also buy some exotic fruits.


Q. What are some popular places to visit in Kolli hills?


A. Some popular places to visit in Kolli hills are Arapaleeswarar Temple, Botanical Garden, and Tampcol Medicinal Farm.

20 Hill Stations Near Pune That Take Serenity And Picturesque To New Highs In 2020!

Our Kerala Trip From Bangalore Was A Dream Come True!

9 Things To Do In Madurai For An Interesting Experience During Tamil Nadu 2020 Vacation!

24 Exotic Places To Visit In Thailand For Honeymoon In 2020