Longest Rivers In India: Know About The Important Water Bodies Of The Country In 2022! 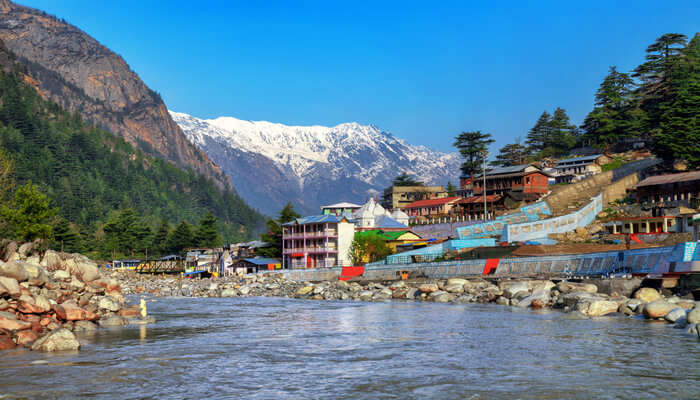 India is a country which is blessed with some of the most beautiful natural bodies like rivers, mountains, lakes and forests. The country is also known as the land of rivers which plays a major role in the economic growth and development of India. These rivers are the main source of living and irrigation at the places from where they make their way. Make your next escape about witnessing the most gorgeous rivers where you can relax and unwind. Know more about the longest rivers in India and their place of origination which is quite fascinating.

Here is a curated list of longest rivers in India which one must explore and enjoy a great time witnessing the surreal beauty of these water bodies.

Considered as one of the holy rivers, the Ganges is also the longest river in India which emerges from the Gangotri glacier in Uttarakhand. The river starts flowing from the point where Bhagirathi and Alaknanda river merges in Devprayag. Within the river reside around 140 species of various fishes and also around 90 land and water species like the Gharial. The Ganges covers states like Uttrakhand, Uttar Pradesh, West Bengal and Bihar. The last end of the river ends at Bangladesh and merges with the Bay of Bengal.

Must Read: 15 Secrets Of North East India Locals Have Been Keeping To Themselves

In the list of longest rivers in India, Godavari is the longest river in South India for which it is also called the South Ganges and the Dakshin Ganges. This river emerges from the Trimbakeshwar in Nashik, and diverges its path towards Telangana and Andhra Pradesh passing via Chhattisgarh. This is considered to be the second longest river in India which at the end meets with the Bay of Bengal. The main tributaries of the Godavari river are Purna, Pranhita, Sabari and Indravati river.

Suggested Read: 40 Indian Snacks Which Can Turn You Into a Local From a Tourist In 2022!

Rising from the Yamunotri glacier located at the Bandarpoonch peak in Uttarkashi, Uttarakhand. This is one of the longest tributaries of the Ganges river and doesn’t merge with the sea directly. The Yamuna river is one of the longest rivers in India and flows through the states of Uttarakhand, Delhi, Haryana, Himachal Pradesh and Uttar Pradesh. Some of the major tributaries of the Yamuna river are Hindon, Sharda, Giri, Hanuman Ganga, Sasur, Chambal, Betwa, Ken, Sindh, Rishiganga and Tons.

Earlier called Nerbudda, the Narmada river is known as the “life line of Madhya Pradesh and Gujarat”. Narmada is one of the largest rivers in India that you must visit on your vacation. The river emerges from the Amarkantak and is believed to be one of the holiest rivers in India. Unlike the other rivers which flow towards the east side, this river flows towards the west side. The name of this river is mentioned in Ramayana, Mahabharata and other Puranas. In the Hindu religion, Narmada river is believed to be one of the heavenly waterways of India alongside the six other rivers named Ganga, Godavari, Yamuna, Saraswati, Kaveri and Sindhu.

Suggested Read: 40 Most Amazing Places To Visit In India With Friends In 2022

Holding a prominent place for irrigation in Maharashtra, Telangana, Karnataka and Andhra Pradesh, Krishna is considered as the fourth longest river in India. Covering a distance of 1290 kms, this river emerges from Mahabaleshwar and enters the Bay of Bengal. The tributaries of this river are Panchganga, Bhima, Ghataprabha, Tungabhadra and Dudhaganga. It flows by the banks of Sangli and Vijayawada.

Suggested Read: 10 Safe Places In India To Travel In 2022 For A Care-Free Holiday Experience

According to history, the name India originated from the name of river Indus. Emerging from the Mansarovar Lake, this river passes through Ladakh, Baltistan and Gilgit. After that the river finally enters the borders of Pakistan. The river is also famous for being the harboring source for the Indus Valley Civilization which was one of the oldest and flourishing civilizations. The total length of the Indus river is 3180 kms, but the distance covered within India is just 1,114 kms. Leh and Skardu are some of the major cities which are located by the banks of the Indus river.

Suggested Read: Corporate Vs Covid-19: 5 Ways In Which The Private Firms In India Are Trying To Win The Battle!

Apart from the Indus river, Brahmaputra also originates from the Mansarovar ranges. The river is known to have emerged from the Angsi Glacier located close to the Mansarovar lake in Tibet, China. This is the only river in India which is considered to have a male gender. In China, Brahmaputra is called the Yarlung Tsangpo river which enters India through Arunachal Pradesh. The total length of the river within India is 916 kms and the rest of the part lies in China.

Suggested Read: 29 Monsoon Destinations In India That Will Make You Dance In The Rain In 2022!

This river emerges from the Raipur district of Chhattisgarh and is known for its disastrous flood which is well-written in the history. For this reason, the river is also called the “distress of Odisha”. The situation got modified with passing time after the construction of the Hirakud Dam which is now maintained by a system of waterways. The main tributaries of the river are Seonath, Mand, Ong, Jonk, Telen and Hasdeo.

Suggested Read: 19 Places To Visit In Yercaud In 2022 That Uphold The True Essence Of South India

Among the list of longest rivers in India, Kaveri is the 9th longest river and considered to be a holy water body in South India. This river emerges from the Brahmagiri Hill of the Western Ghats in Karnataka and flows at the South-east side passing through the states of Karnataka and Tamil Nadu. This river has an important role in the irrigation projects.

Suggested Read: 22 Natural Wonders In India That Your Geography Teacher Forgot To Tell You About

Originating from the Peninsular India, this river is one of the three rivers which flows from East to West. This river rises from the Betul district at the Satpura Range and merges in the Gulf of Khambhat. Tapti rivers flows from Madhya Pradesh, Maharashtra and Gujarat and spreads into 6 tributaries which are Purna river, Gomai, Panzara, Pedhi, Arna and GIrna river.

Further Read: 8 Things To Do In Parwanoo: Discover The Northern Pearl Of India In 2022!

It is quite surprising that India is a land of so many rivers and these longest rivers in India gives their major contribution to irrigation projects. Alongside that these rivers are also the lifeline for the states from which they pass through. So while you’re planning a vacation in India make sure to enjoy a relaxing time at the bank of these beautiful rivers.

Which are the five major rivers in India?

The five major rivers flowing in India are Indus, Brahmaputra, Ganga, Godavari and Narmada which are worth a visit.

Which is the shortest river in India?

The shortest river in India is Arvari river which is located in Rajasthan and has a length of 90 kms.

Which is the purest river in India?

The Umngot river located in Dawki village in Meghalaya is the cleanest and purest river in India. This river is located at a distance of 96 kms from Shillong at the Jaintia Hills district.

Which is the deepest river in India?

The Brahmaputra river is considered to be the deepest river in India and the depth of the river is 380 feet deep.

Which is the dirtiest river in India?

The Damodar river is considered to be the dirtiest river in India which flows from West Bengal to Jharkhand. There are many industries settled over the river belt which disposes the waste in the river hence causing water pollution.

Shopping In Lithuania: Top 10 Places To Go On A Shopping Spree!

Mount Nemrut: All You Need To Know About Turkey’s Stunning Trek Spot!