Attend Montreal Festivals For A Super-Electrifying Vacation To Canada This Year! 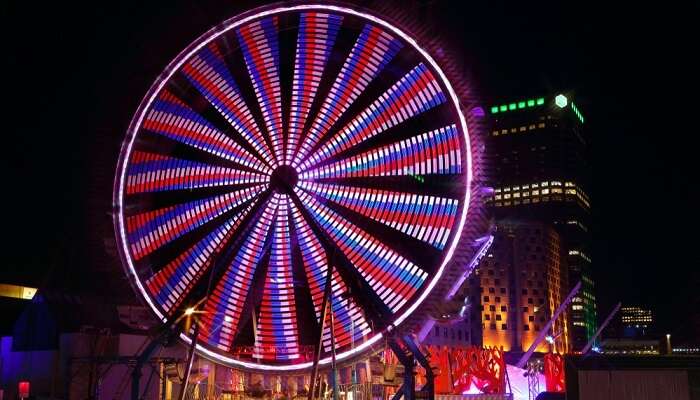 Considered as Canada’s cultural juggernaut, Montreal’s calendar lits up with almost 90 festivals every year. These lively events gather almost all the locals in the city around the massive stages for concerts, parades, and cinema. Anyone traveling to Montreal cannot miss the chance of being a part of any of these festivals, So, we have handpicked some of the best Montreal festivals that one must attend if they are in the largest city of Canada. Take a look at this list and if you are interested in attending any of them then plan your vacation accordingly.

If you have not heard about the jazz festival in Montreal, Canada, then you must have been living under a rock all these years. Montreal organizes one of the best jazz festivals every year which is not only attended by the locals and Canadian citizens but also by several tourists from all around the world. This festival is usually the headline event of every year as it is the top music fest of North America. If you want to attend this mega festival then you must plan your vacation in late June or early July.

Must Read: Montreal In December Is A Magical Paradise That No One Can Afford To Miss!

Every year in the month of August, a three-day music festival is conducted which goes by the name Oshega. The best part about this festival is that it not only focuses on big artists but also emerging artists of different music forms like hip-hop, indie pop, electronic music, and rock. The event is organized in the famous Parc Jean-Drapeau park and different stages along with equipment are assembled. Thousands of people attend this festival every year. Are you going to attend it the next time it is happening?

Gay Pride Parade attracts a million people every year from all around North America to celebrate for the gay community. During this festival, Montreal streets are teeming with people and pulsating with concerts, art exhibits, and dance shows. In addition to this, the Gay Village in the city organized several events like movie nights, following the Gay Pride Parade.

Montreal’s MURAL Festival is a public art event that displays murals in the city and arranges guided tours along with fun activities. Moreover, an app has been created in connection with the festival that guides the interested people through the top murals in the city. If you are an artist or love to praise the art of others then you must attend the Mural Festival in Montreal this year.

If you are into cinematography then you cannot afford to miss one of the best Montreal film festivals. It attracts millions of visitors every year from 70 different countries. From top actors and directors to producers and writers, all are present there to critic and admire the works of artists. The event goes on for 10 days in the month of August and September.

The winter months in Montreal can be harsh but these months call all snow lovers to its amazing festival Fête des Neiges. In Montreal’s Snow Festival, you get a chance to indulge in sledding, ziplining, skiing, ice-skating, and curling. This is the perfect place for people who have kids as they can also opt for several activities. Moreover, costumed characters and a polar bear mascot make the surroundings more fun and entertaining for kids.

If you are a fan of unusual music and like to discover new rhythms and music then this festival in Montreal is meant for you. Nuits d’Afrique conducts both traditional and modern musicians from Latin America, Africa, and the Caribbean. Established in the year 1987, this event attracts more and more people every year. There are both outdoor and indoor performances and concerts along with an open market and workshops for attendees.

Suggested Read: Top 10 Things To Do In Montreal To Spend Your 2022 Vacation The Right Way

You must have heard of ‘Just For Laughs’ many times in your life. It is one of the biggest comedy festivals in the world that has been operating for the past 35 years. The shows are organized in both the major languages of Canada, that is, French and English. If you are planning a visit to this city in the month of July then you must attend one of the best summer festivals in Montreal, Canada.

Suggested Read: Day Trips From Montreal: 5 Places In Canada To Have Maximum Fun In Little Time

Another famous film festival in Montreal is First Peoples Festival that takes place in the vivacious Quartier des Spectacles. People attending this festival can watch dance performances, attend concerts, buy traditional crafts, and admire film screenings. The diversity of Canada’s Aboriginal peoples is depicted in this festival, not only from present but also from the past.

Suggested Read: 7 Best Places For Budget Shopping In Montreal To Shop Till You Drop

Like most of the festivals, Montreal International Fireworks Competition too takes place in the months of July and August. Great pyrotechnic artists showcase their art in the sky. To watch the sky lit up with a myriad of colors, many people camp out on rooftops. The 10 shows go on for 30 minutes each and are conducted on Wednesday and Saturday nights.

Further Read: Places To Visit In Montreal: 7 Best Destination To Be Explored In 2022

Choose any of these Montreal festivals for your next trip to Canada and get ready to have ultimate days and nights. You get to groove on the latest music, indulge in exhilarating activities, sample some amazing food, watch fireworks, and laugh out loud on new jokes. It might be difficult to find such diversity anywhere else. So, pack your bags and get ready to go to Canada with TravelTriangle for a trouble-free trip this year. Make new memories at these festivals!

What are the best Montreal festivals?

When is the Osheaga Festival celebrated?

The Osheaga festival is celebrated every year in August. It is a 3-day music festival that gives chances to the new and emerging artists along with famous artists.

Which festival is known for the best jazz performances in Canada?

The best festival of jazz performance that is famous throughout the world is Festival International De Jazz De Montréal. It is generally held in late June and ends in early July.

What is the Mural Festival famous for?

The Mural Festival of Montreal is very famous for the public art that it displays. It portrays the murals in the city and it also organizes some fun activities and tours for the people.

What is special about the Montreal world film festival?

The Montreal world film festival is the best festival for the cinematographers. The good thing about this festival is that it involves a huge variety of people starting to form the film directors to scriptwriters.

What is just for laughs all about?

Just for laughs is the biggest comedy festival in the world. It has been taking place since the last thirty-five years.

Is there any special festival for the newcomers in Montreal Canada?

Yes, there is a Montreal festival named as First Peoples festivals, which is a special festival for all the newcomers. It gives a chance for fresh artists to perform and grow.

When the Montreal International Fireworks Competition does take place?

The Montreal International Fireworks Competition takes place in July and August. It lasts for 30 minutes and the artists show their art in the sky.

10 Extravagantly Beautiful Munich Festivals That Will Give You Major FOMO

Greece Nightlife: A Guide Through The Lit Streets Of The Country Beyond Its White Buildings

Montenegro Nightlife: 10 Best Places To Enjoy A Lit After Dark Hours In This European Town!