Mount Paektu: Everything You Need To Know About Traveling To This Majestic Mountain 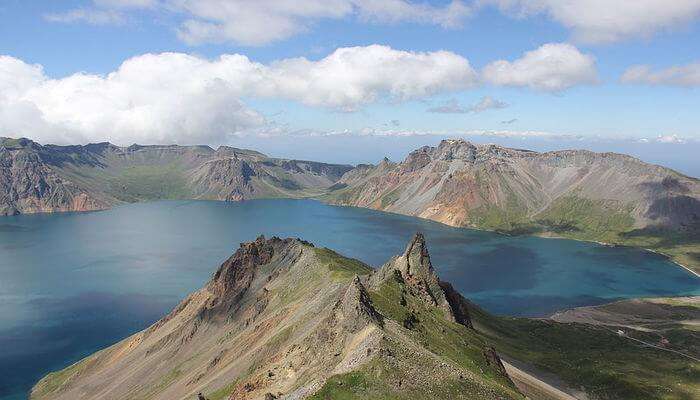 Mount Paektu is the mythological origin of Korean people, which is laden with significant historical importance. A revered dormant volcano is a sacred place for both the North and South Korean demographic. The significance of the peak can be easily understood from the description of local texts that says if someone wants to know about Korea, then they will need to see Mount Paektu first. In fact, most of the travelers to the region come just to witness this magnificent creation of nature. Here is a definitive guide for you to visit the sacred mountain. 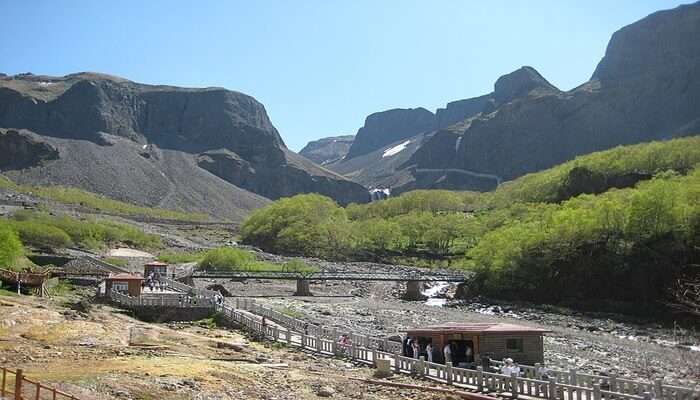 Image Source
Mount Paektu is located in a cold climatic region. The winter season lasts for almost eight months, starting from October till the end of May. This season is marked by extreme cold and making it impossible to visit. The months from late May to early September see rainfall in the region. During that time, warm and waterproof clothing is necessary to visit. The whole climate leaves the month of September to be the best time to visit Mount Paektu. The maximum temperature that you can expect here is not more than 20 degrees Celsius. You should be equipped to withstand the sudden changes in climate at such high altitudes. 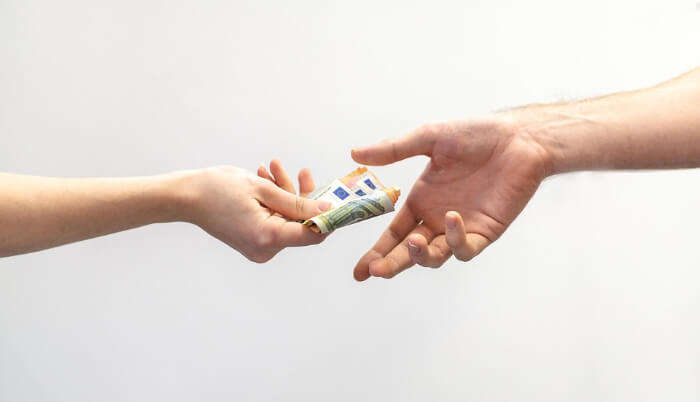 The mountain is accessed from the North Korean side. So, you need to exchange your money to North Korean Won for the trip. The current exchange rate for Indian visitors is 1 KPW = 0.08 INR. It turns out to be almost 0.0011 USD.

Places To Visit Near Mount Paektu

Although, we are talking about Mount Paektu so far, there are many great sites that you can incorporate during the visit. Here is a list of the places that are typically opted by visitors. 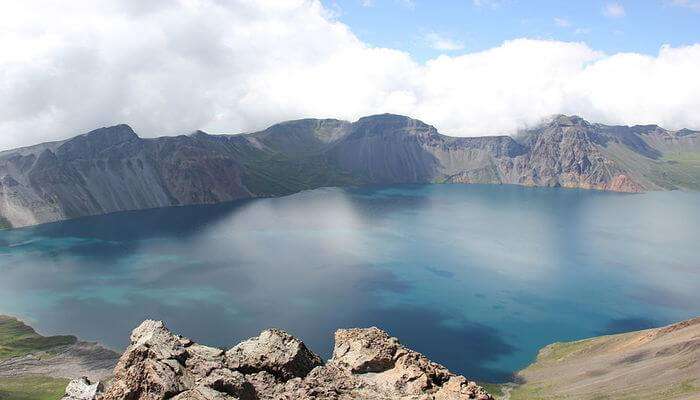 Image Source
Once you reach the summit of Mt. Paektu, you will be rewarded with the mesmerizing view of Lake Chon. It is the jewel that the Samjiyon County hides behind the high mountains. There is a bus service that takes the visitors near the top. From there, one needs to walk for less than an hour to reach the summit and get the first glance of the lake. It can be reached on foot or via the cable car. Interestingly, the border between China and North Korea traverse through the middle of the lake.

Must Read: Top 10 Reasons To Visit South Korea & Have A Blast With Your Friends & Family 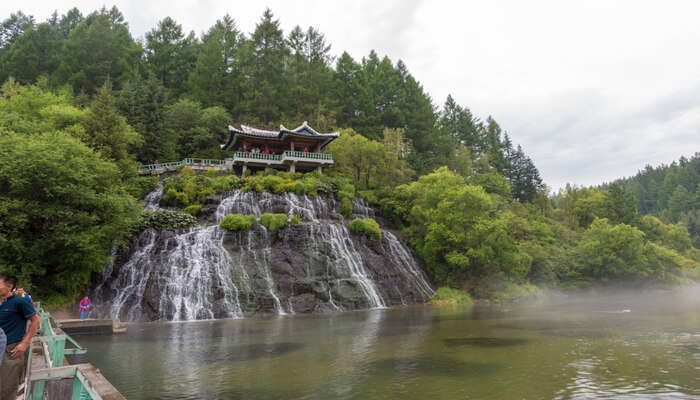 The Rimyongsu waterfall is a scenic spot in the Rimyongsu village, just next to the Samjiyon town. Water comes through the underground below the pavilion and forms the magnificent waterfall. Unlike Mount Paektu, the waterfall can be visited during any time of the year. 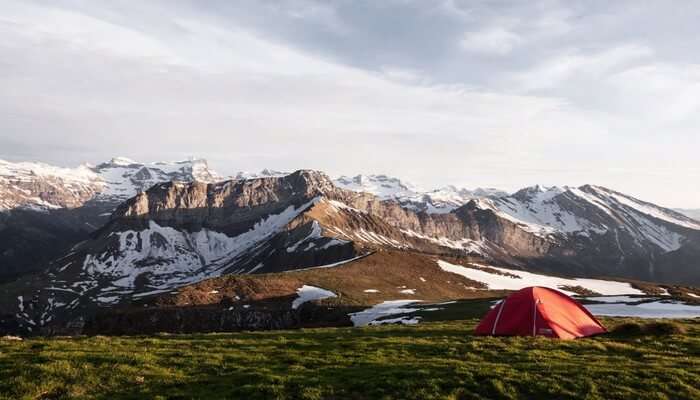 Image Source
The Paektusan secret camp has immense historical importance for the Korean people. It used to be Kim II Sung’s headquarters during the Guerrilla warfare of Korea against the Japanese invaders. The modest cabins have been preserved amid the forest to perpetuate the sense of patriotism among the upcoming generations. 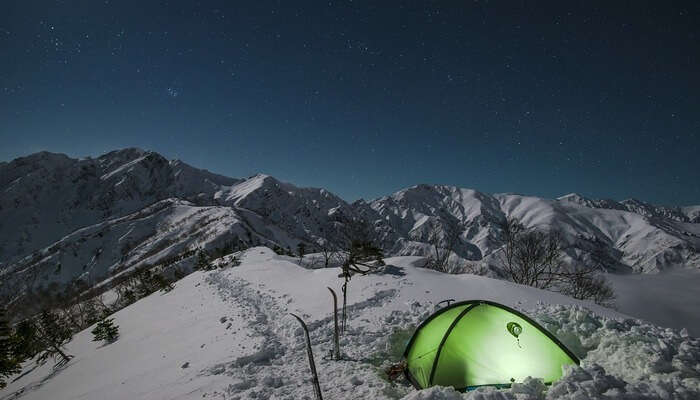 Image Source
This is another secret camp that server the sentiments of Korean people against the Japanese. The Chongbong secret camp is well known for the “slogan trees” on their premises. The trees inscribe phrases in praises of Kim II Sung’s efforts for the Korean liberation. Caps and glass shields now protect the old trees. 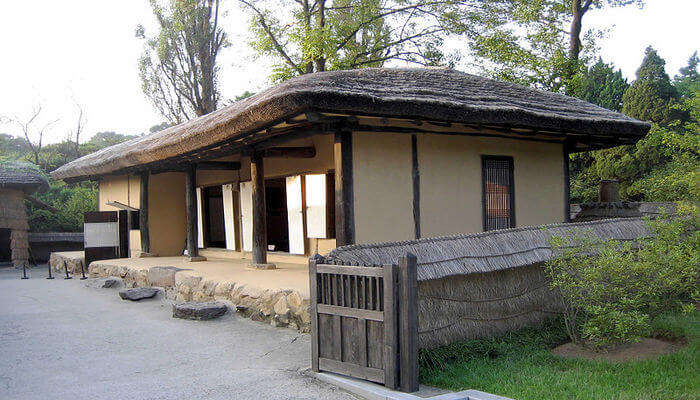 Image Source
The Korean nation has many museums that display the elements of revolution and the bravery of their forefathers. The museum in Samjiyon focuses mainly on Kim II Sung’s efforts and his warfare elements, i.e., maps, models, relics against the Japanese force.

What To Do In Mount Paektu? 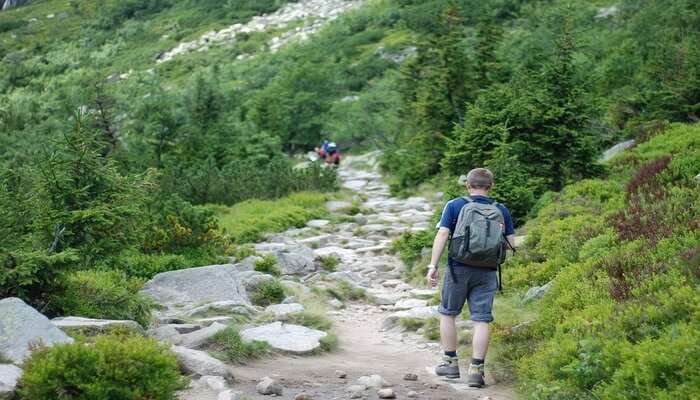 You can hike to the sacred Mt. Paektu peak, the highest point of the Korean nations. The journey starts with a bus ride to the mountain and ends with an enthralling view of Lake Chon that divides the country from neighboring China. Apart from that, you can visit the secret camps and the museum during the stay in Samjiyon. It will give you a deep understanding of the valor of the Korean people against their oppressors. Lake Samji, Rimyongsu waterfall, Samjiyon grand monument are some other points of interest.

Where To Stay During Your Visit To Mount Paektu? Image Source
The Pagaebong Hotel on the outskirts of Samjiyon town is the best option to stay for visitors. The hotel offers basic yet clean accommodation in all of its 122 rooms. The considerable number of rooms makes sure that you won’t have to fear about overbooking in the hotel. The lovely garden and the billiard boards add to the charm of the hotel. Some people choose to camp in the forest nearby to the hotel, but you should avoid doing that as far as possible.

What Are The Options To Eat? 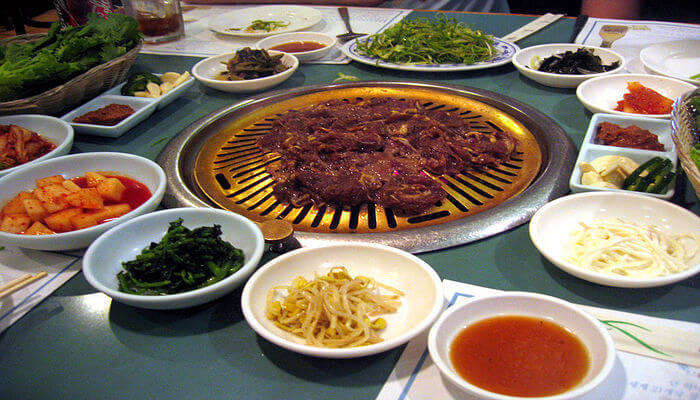 Image Source
As far as restaurants are concerned, you will find it only in the hotel. They offer a picnic lunch for the inmates. The region does not grow much crops. So, you can expect simple meals in the restaurant. You will mainly find potato-based dishes here. Potato is the most grown vegetables in the region. If you are ready to pay a few extra bucks, then the hotel staff will arrange a potato barbeque for you. More often than not, these BBQ sessions are the best option to get acquainted with the other visitors.

Suggested Read: 6 Interesting Places To Visit In Seoul For A Spellbinding Trip To South Korea

What To Pack During The Visit To Mt. Paektu? 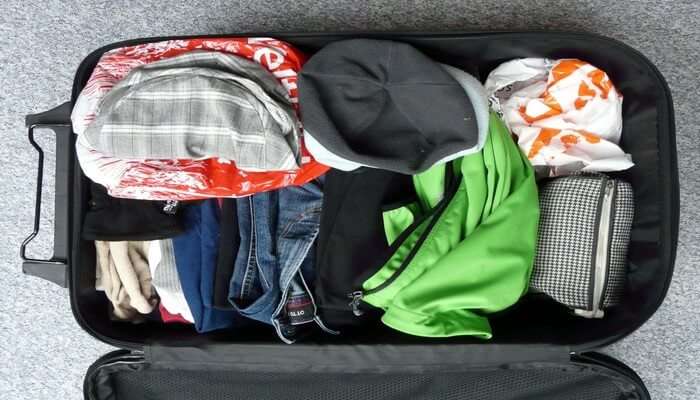 Image Source
The mountain is located in the cold region along the China-North Korea border. During winter, the area becomes inaccessible due to heavy snowfall. At other times, you can expect the chilly mountain breeze to accompany you. So, do bring enough warm clothes during the trip. Raincoats are recommended to deal with rainfall. Keep a good hiking shoe to avoid the sore feet after the walks.

How To Reach Mount Paektu? 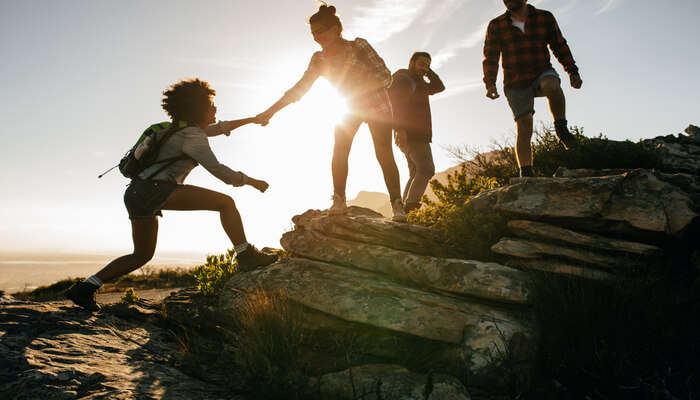 The sacred mountain is located in the far Northeast corner of North Korea’s Samjiyon County. It marks the border between China and North Korea. It is almost 385 km away from Pyongyang. The most convenient way to reach Mount Paektu is to take a chartered flight from Pyongyang to Samjiyon County. There is another way to reach the place, but it is mainly limited to the locals. They choose to take the train to Hyesan city. Hyesan is almost 67 km away from Samjiyon. From there, the visitors drive to Mt. Paektu. Keep in mind that during most of the winter, the mountain is not accessible from the DPRK side.

The Paektu region is one of the most sought after destinations for travelers from all around the world. We recommend you to arrange your visit through a trusted travel agent who can assist you throughout the trip and give valuable guidance regarding the necessary permits. A trip to Mount Paektu is a highly recommended one for those who want to connect with the history of Korean people.

What type of Volcano is Mt. Paektu?

Mount Paektu is a stratovolcano. A large caldera truncates its cone. At the moment, it is in a dormant state.

How high is Mt. Paektu?

Can we visit North Korea?

Yes, foreigners are allowed to visit the designated area in North Korea. But they are not allowed to go to places other than these predetermined places without being accompanied by guides.

Where is Mt. Paektu located?

Mount Paektu is located in the Samjiyon County of North Korea.

5 Mountains In Mauritius That Are Worth Spending A Holiday On This Island!

Gokyo Ri Trek: A Pocket Guide To This Majestic Peak In Nepal 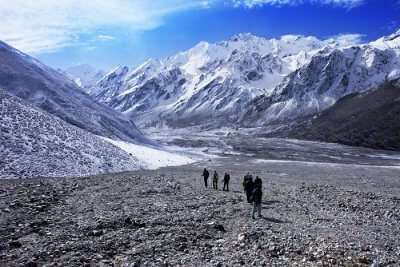 Langtang Valley Trek: For The Most Mesmerizing Views On Your Nepal Trip 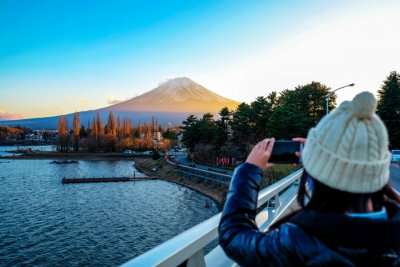 Mountains In Japan: 10 Legendary Snowtops In The Land Of Rising Sun 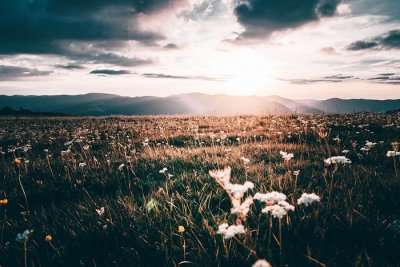