10 Extravagantly Beautiful Munich Festivals That Will Give You Major FOMO 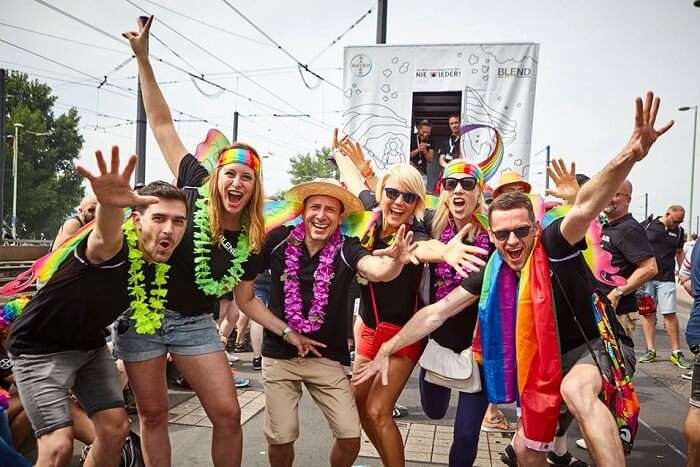 Munich is the capital city of Bavaria. It is of major historical, industrial, financial and cultural significance. The city enjoys a very high standard of living and has numerous numbers of attractions. It is the one of the fastest growing cities in Germany. From a beautiful medieval town to a thriving modern city, the city has developed immensely. Witness the Munich festivals celebrated with great pomp on your next trip there.

Munich is a city of immense historical significance. The locals like to keep the history, traditions, and culture alive. We’ve shortlisted 10 incredible Munich festivals that are celebrated with a lot of gusto and see participation from people from all over the world:

Munich is known for celebrating Oktoberfest with great pomp and show. It lasts for 16 days. Various carnival games, traditional German food, German beer, booth games and parades are the key features of this festival. It is the largest fair in the world and definitely worth visiting. It gives us a chance to experience the Bavarian culture and party to our fullest.

Must Read: Guess Which European City Gets The Title Of World’s Most Liveable City This Year!

Also known as the Small Oktoberfest, Starkbierfest is celebrated at breweries and bars throughout Munich. The visitors and locals get to enjoy the various varieties of traditional Bavarian beer. Extra strong beer is a specialty of this fest, apart from the live bands played at every nook and corner of the city.

This festival was started as a tradition long back. Kocherlball is also known as the “cook’s ball,” where the housekeepers, cooks, and servants come together in the English Garden Park on an early Sunday morning and dance. It is a fun day for them where they also get the chance to enjoy and make merry.

On Auer Dult, traditional markets come up at every nook and corner of the city. They are known for selling exotic handmade goods. There are over 350 plus stores that are set up and it is the largest fair of its kind. Snack carts and delicious meals are found overflowing in the streets and alleys.

Summer Tollwood festival is held during the summer season in Germany. It is known for its wide array of musical and circus performances. Along with that, crafts, local culinary delicacies, jewelry, and other things are also sold in the streets of Munich. Make sure to attend this festival.

This is the city’s famous beer festival. The warm weather makes the festival even more exciting. This festival includes lots of beer, food, fun fairs and so much more. The city welcomes spring with this festival. There are several beer tents along with giant flea markets, firework displays and thousands of happy revelers.

Location: Munich
Dates: End of April - Start of May

Munich celebrates Christmas like most of the other countries. The Christmas markets of Munich are very popular among locals and tourists. During this time, the first stop has to be the traditional market in Marienplatz. But, the notable fact is that a market catering to every taste can be found. The markets are flooded with fairy tale books, international gifts, and nativity scenes. This festival is one of the best times to visit the city of Munich.

This tournament takes you a step back into the Middle Ages. Be ready to experience the grand modern-day Knight’s tournament. The event includes a program full of jousting, sword fighting, horsemanship, and several other classical medieval sports. To make the experience even more gratifying, there is a medieval market, mouth watering food stands and countless knightsman’s activities and games for kids.

Munich turned 860 years old in 2018. This event is celebrated as Stadtgründun. There is a massive street party and the whole city takes part in it. Along with live music, dancers, and a craftsman’s market, there are also several events for children. Make sure to stop by Munich on this festival.

Suggested Read: Berlin VS Munich: Which One Is The Most Ideal Holiday Destination

On this day, the streets of Munich come alive with drag queens, feather boas and all kinds of unique leather outfits. Concerts and parades are witnessed on this day and high-heel racing is only the tip of the iceberg. Christopher Street is actually a reference to the 1969 Stonewall riots in New York and mostly every year all over in Germany, this day is celebrated.

People from all over the world flock to Germany during different times in the year to enjoy the aforementioned Munich festivals. Each festival has its own charm and doesn’t fail to grab the attention of both locals and tourists. Tourists that stop by Munich on their trip to Germany have the time of their lives and gather unforgettable memories.

10 Best Villas In Berlin That Offer A Luxurious Stay Experience!

Haunted Places In Germany: For Adding Halloween Feels To You Trip In This Gorgeous Land!