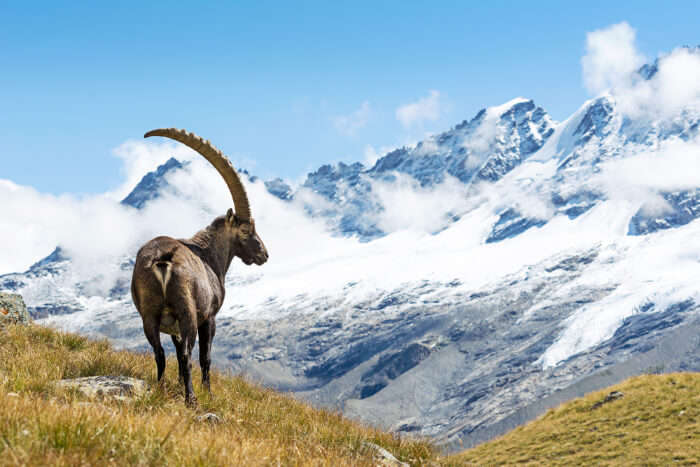 Much famed for its historic monuments, churches, museums, palaces, and masterpieces of Renaissance, Italy is one of the most-visited tourist destinations in Europe. But not many know of its vast and surreal national parks that are an ultimate escape for wildlife lovers, nature admirers and photographers. Every year, these incredible national parks in Italy allure offbeat travelers and landscape & wildlife photographers.

So, while you wish to enjoy the best of the scenic land of Italy, make sure you don’t miss out on the multiple panoramic views here. Scroll down to know what all awaits you!

Spread across an area of 1500 sq. miles, makes this zone, the largest national park in Italy. Famed for its beautiful topographical collage of mountains, thick forests, and alpine meadows, Stelvio National Park overwhelms every visitor with its varied wildlife population such as ibex, deer, chamois, stoats, foxes, and golden eagles.

Must Read: 16 Essential Italy Travel Tips That Will Save You Money, Time & More

Considered to be one of the best national parks in Italy, Cinque Terre National Park is popular amongst travelers for its vast expanse and scenic vistas. Encompassing five cliff-side coastal villages namely Monterosso, Vernazza, Corniglia, Manarola, and Riomaggiore, this national park sprawls over 4300 acres of land. With typical Mediterranean vegetation comprising of pine, chestnut, Aleppo, and corks, this is one of the most pristine national parks of Italy with a habitat of wild animals like a mole, weasel, wild boar, marten fox, and a rat snake.

The coastal villages have beautiful churches, monasteries, castles, and villas and offer guided trails for all who wish to explore this medieval wonder. And all these have helped Cinque Terre National Park get listed as one of the World Heritage Sites by UNESCO.

Tucked between Aosta Valley and Piedmont, Gran Paradiso National Park is the home to 968 types of flower species, including some rare and endangered varieties as well. Named after Gran Paradiso Mountains, this national park is known for unique topography and exotic fauna. From Alpine ibex, hare, weasel to Eurasian eagle-owl, Alpine Accentor and chough, the list is endless.

Other than admiring the scenic vistas of Gran Paradiso National Park, one can enjoy trails, excursions and indulge in exciting activities like photography and trekking in summer and cross-country skiing in winter.

With the backdrop of carbonate mountains of Majella, Morrone, Porrara, Pizzalto, and Rotella, separated by karst valleys; Majella National Park is another natural wonder of Italy. Centered around Majella Massif, this national park with its pool of diversity is a haven for any nature lover just like all the national parks in southern Italy.

Majella National Park is the home to rare species of wolves like Wildcat and Pine Marten and boasts of diverse flora like beech trees, Turkey Oak, Hope Hornbeam and Downy Oak. Along with wolves, one can easily spot a Marsican Brown Bear, European Honey Buzzard and White-backed woodpecker. This national park believes and follows forest management strategies, recycles and reuses woods and preserves rare to nearly-extinct flora and fauna species.

Suggested Read: Italy Vs Spain: A Guide You Need To Read Before You Hit The Road

Established in 1977, Gargano National Park comprises of Mount Gargano, an archipelago of Tremiti islands and Foresta Umbra- a protected forest. Covering an area of 15,000 hectares, this exotic bioreserve includes white cliffs, karst landform, caves, and sun-kissed beaches and accounts for Italy’s one third plant species like Aleppo pine and coastal pine etc. But what makes Gargano National Park an interesting hotspot for all is the historic villages, in the park area and their traditions.

If you are planning to hike in such a village, do not miss to taste the awesome local food like pancotto with fava beans, orecchiette pasta, and snail soup.

Encompassing the coastal strip of Anzio to Terracina, the island of Zannone and San Felice Circeo, Parco Nazionale del Circeo is one of the most amazing and prominent aspects of the Italy national parks map. The built-in concern of diminishing population of Pontine Marshes, this preservation ground can be segregated into 5 areas namely the forest, littoral dune, humid area, promontory, an island.

The park also has some pretty attractions of peculiar piscine, which are small pools of rainwater, formed during the autumn season and widespread berry plantations.

Suggested Read: Pristine Lakes In Italy That Will Compel You To Visit Europe

If you are looking for an absolute escape into the wild; then National Park of Abruzzo is the place to count on. Sprawling over 50,000 hectares of area, this bioreserve covers 25 medieval towns which can be explored by hiking. Soak in the internal beauty of the views of Sangro River, karst rocks, and high mountains and discover the local culture and traditions in one of the best national parks in Abruzzo, Italy.

There are a lot of camping spots in and around National Park of Abruzzo to enjoy the real-time experience of living in the lap of nature and the wild.

Beech and silver fir forests, the serene lake of Lago di Monte Cotugno, verdant valleys and traditional villages define Pollino National Park, which is among the best national parks in Italy. Enjoy a leisure stay here and spot endangered shy wolves and golden eagles. But, if you are looking for some thrill and adventure, indulge in forest hikes, white water rafting, skiing in winter, canoeing down the gorges, horse riding and mountain biking.

Suggested Read: 15 Best Hotels In Italy: From Classy To Affordable Ones

One of the finest national parks in northern Italy in northern Italy, Dolomiti Bellunesi National Park was established in 1988, covering mountain ranges of Alpi Feltrine, Spiz di Mezzodì, Monti Del, streams like Cordevole, Mis, Caorame and few swamps and cascades. Predominated by rhododendron, Carduus, and other Alpine trees, Dolomiti Bellunesi National Park is the habitat for a wide array of wildlife like Marmot, Chamois, Black Woodpecker, Black Grouse, and Mouflon.

This is definitely one of the popular national parks in Italy map, which was honored as World Heritage Site by UNESCO in 2009.

Asinara is the third largest island of Sardinia and was deemed as quarantine area and prisoners camp during WW1. Later this region was designated as a national park in Italy in 1997. Though not as famous as Gargano national park or Stelvio national park, this Asinara National Park is famous and significant for its exclusive population of endangered Asinara donkey. Other wildlife spotted here are mouflons, wild boars, magpies, and European shag.

Image Source
If you haven’t visited a national park located on an archipelago, well this is surely going to be your pick. A massive contribution of 7 main islands have gone into making this gorgeous national park, which is approximately 50,000 acres of land and sea combined. While this may not be enough, hiking on one of the islands, called as Elba island will surely make up for your trip. So, don’t forget to add this to your list of national parks in Italy for the next time!

Image Source
Crowned as one of the largest national parks in Italy, this park’s charm can be best experienced during the summer season when a hike down the route of Carapelle Calvisio until San Pancrazio Sanctuary is what you’re looking forward to. Also being one of the most famous national parks in Italy, this park offers some of the most scenic views through the Campo Imperatore plateau point.

Further Read: Honeymoon Trip To Italy: Feeling The Love Under The Tuscan Sun

Tempted enough to explore the land of stunning vistas, vast vegetation, and wildlife in Italy? Delay no further and let us help you plan your Italy trip right away. After all, a vacation to this serene land will require a fun-packed holiday and what can be better than to simply embark on a reviving hike with your folks in these national parks!

Does Italy have forests?

Yes. Most of these forests are found in the northern Italy and in the southern region comprising of islands.

How many national parks are in Italy?

There are 24 national parks in Italy.

Does France have national parks?

Yes, France does have national parks.

How many museums are there in Italy?