Visit Greece In March For A Vibrant, And Colourful Spring Vacation 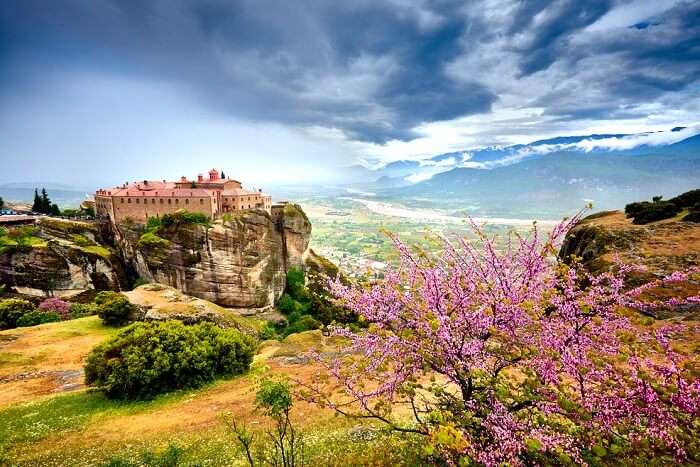 The month of March offers the best opportunities to know more about the rich cultural history of this country. This Mediterranean country has several cities and places which houses numerous monumental colorful buildings which are a treat to the eyes.

So whether you are interested in exploring picturesque landscapes or want to catch the true vibe of Greece by interacting with the locals, Greece is known for offering an awesome vacation in the month of March. This detailed guide will help one plan their trip to Greece in March more efficiently.

Must Read: Be A Part Of These Great Greek Festivals On Your Next Vacation To Greece!

5 Best Places To Visit In Greece In March

Planning a vacation to Greece in March? There are many islands in Greece where one can head for a relaxing experience of soaking under the spring sun while enjoying a refreshing drink. 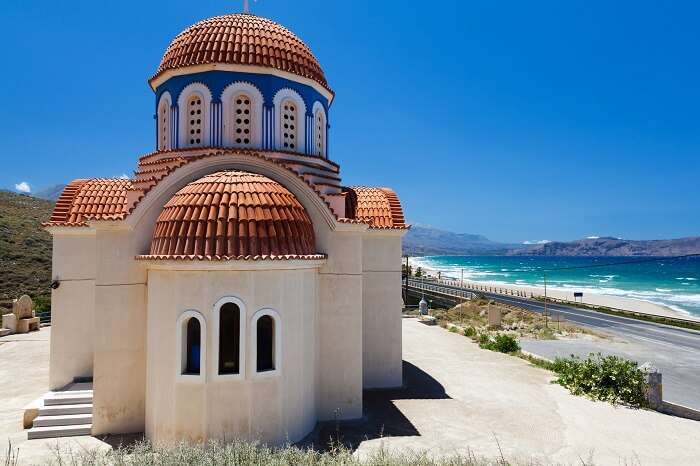 Image Source
This is one of the best islands in Greece which experiences the spring season sooner than any other regions there. It is crowded by the visiting tourists during the winter season. It is best explored and enjoyed when it is least crowded and that is during the spring season in March. This exotic island on the south coast is perfect for those who enjoy basking under the sun. The highest temperature recorded in Crete is 20 degrees. The southern part of Greece is generally warmer than the central part of Greece. The southern part of Greece has several other locations which can be seen when visiting Greece in March for an enjoyable experience. These include Preveli Beach, Triopetra Cave and others.

Suggested Read: 10 Best Fascinating Things To Do In Mykonos For A Dazzling Vacay In Greece 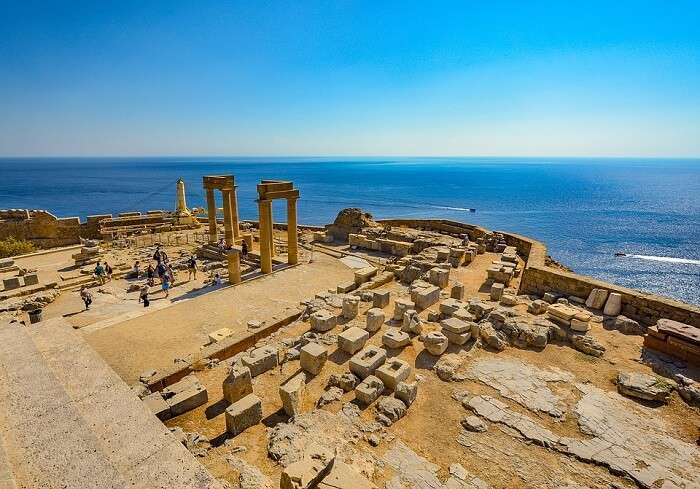 Image Source
Rhodes is another popular island in Greece which offers serene views of the spectacular backdrop and landscapes which can be observed and viewed while being surrounded by a tranquil and peaceful atmosphere. This island is never crowded and therefore it is best for couples and honeymooners who want to spend some alone quality time together. This region becomes warmer after the winter season, but it is not as hot as the Crete island. Rain can be expected on this island and it adds an extra charm to the whole place. One can visit the various historic sites, explore the exotic villages or even choose to leisurely relax at the local cafes of this island. You can also taste scrumptious delicacies at Rhodes restaurant. Image Source
Chios is located off the Anatolian coast and is considered to be the fifth largest island in Greece. It makes for the perfect ecotourism locale for a trip to Greece in the month of March. This island is blessed with mesmerizing landscapes which bloom during the spring season in March. One can enjoy a swim on the beach or if the water is too cold, one can spend a large chunk of their day exploring the island’s rich cultural history. The Chios Mastic Museum can be visited where one can learn about mastic which is a flavored tree resin produced locally. The place is also known for one of the best scuba diving in Europe.

Suggested Read: Top 27 Places To Visit In Greece In 2022 For A Perfect Mediterranean Vacation 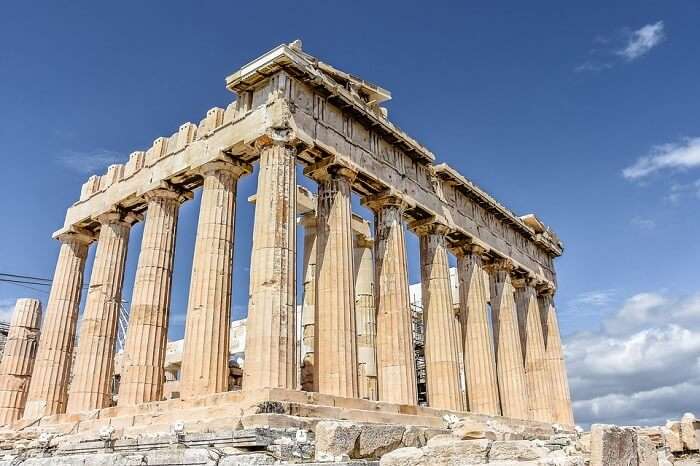 Image Source
Are you still wondering where to go in Greece in March? Athens is known worldwide and is the most popular destination in Greece which is visited by every tourist who plans on traveling to this country. Throughout the year, there are always some new interesting things happening here which attracts many travelers and explorers. The mainland region of Greece definitely must be visited as it houses the most popular tourist attractions of the country. You can also get indulged in the interesting things to do in Athens here.

Suggested Read: Greece In February 2022: A Handy Guide To Explore The Country Like Never Before

5. Thessaloniki: Peep The Remains From The Past 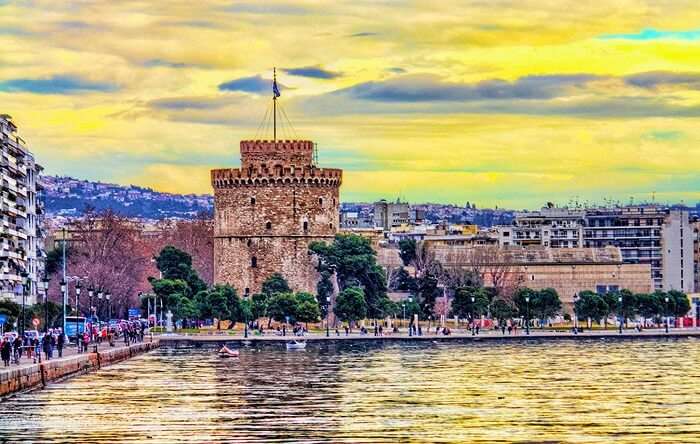 Thessaloniki is a beautiful port town in Greece and an amazing place to explore especially during the month of March as the weather is really pleasant. One can still find remains from the past of the Byzantine, Ottoman, and Roman history. The waterfront square is the best place to spend an evening in this city. The chic cafes overlooking the sea are the perfect hangout spots to spend an evening in Greece in March. Do include the city in your Greece tours in March 2022.

Suggested Read: Water Sports In Greece: These 9 Places Will Unleash The Waterbaby In You In 2022

5 Most Popular Festivals In Greece In March

Greece hosts numerous festivals throughout the year for the entertainment of residents, expats, and tourists in Greece. Many of these interesting festivals and events that take place in the month of March, are listed below. 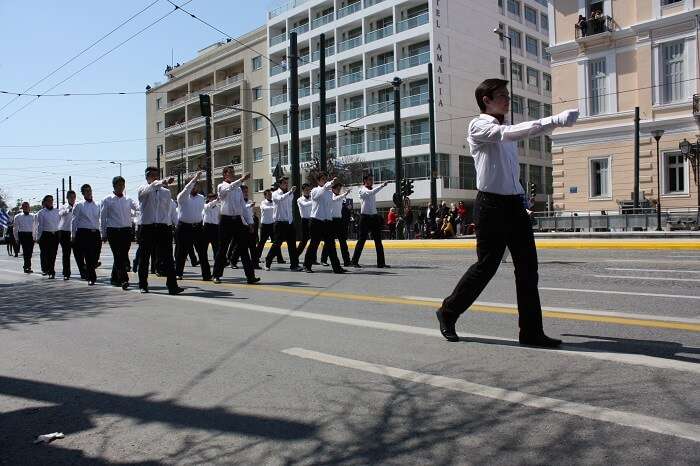 Image Source
On this particular day, two events are celebrated by the people of this country. Between the years 1821 and 1832, the Greeks won the war against the Ottoman Empire, and on this day every year, the people of Greece commemorate their win. Throughout the country, there are several parades organised to mark this major event, with the one in Athens being the best among all. This day is exactly nine months from the Christmas day, and to mark this, the Greek Orthodox Church celebrates the Annunciation.

Suggested Read: How To Apply For A Greece Visa For Indians: Detailed Information For 2022

2. Half Marathon In Athens: For Fitness Enthusiasts 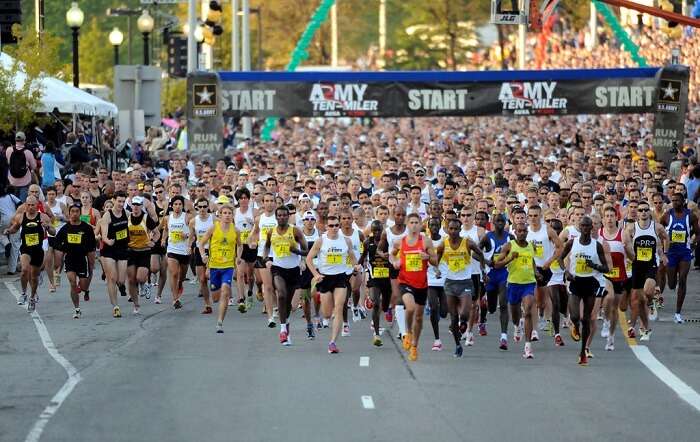 Image Source
For all the fitness enthusiasts, this half marathon is a must. It is an excellent event organised by the Hellenic Athletics Federation in Athens city. More than 50,000 runners participate in this event which is conducted annually. The path of the marathon keeps changing every year and one gets to explore the entire city and witness all the major architectural buildings while running through the streets of the famous city of Athens.

Suggested Read: 10 Places To Visit In Mykonos In 2022 For An Ideal Vacation In The Pretty Greek Island! 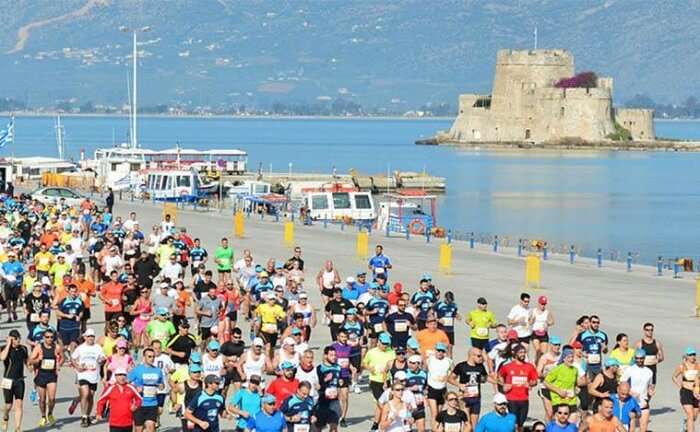 Image Source
If one is visiting the Peloponnese in March, they should definitely participate in the Nafplio Marathon which is conducted on the 5th of March every year. It has several event and races for participants from every age group. Peloponnese is one of the most beautiful towns in Greece and this marathon gives an opportunity to run through the streets of this town while admiring its beauty. It forms an ideal base to explore the major archaeological sites including Mycenae and Epidaurus. 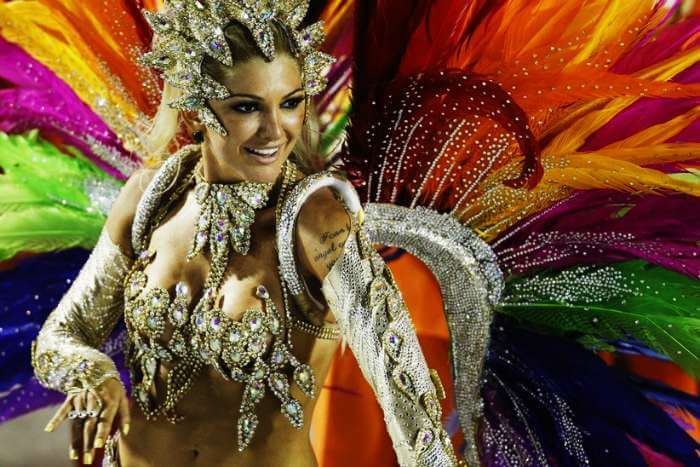 Carnival in Athens commences in the last week of February and continues till the first week of March. If you are planning a vacation in Greece during this time then surely plan a visit to this enthralling celebration spread all over Athens. The festival is organized at numerous spots including popular squares, streets, open areas and auditoriums. This is one such celebration you must surely not miss out on in March in Greece. This is also one of the best things to do in Greece.

Suggested Read: Our Honeymoon Trip Of 8 Days In Greece Was Nothing Less Than A Fairy Tale 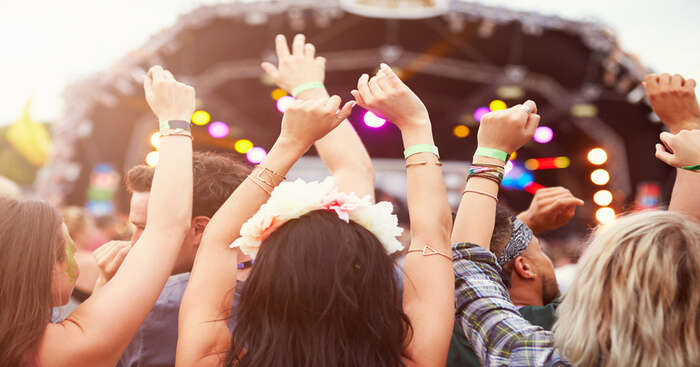 Are you looking for what to do in Greece in March? Greece celebrates the Beauty Festival in the last week of March and this 2 days electrifying festival brings numerous beauty brands and experts to Greece. Whether you like to check out beauty products or you like interacting with some experts with their excellent tips and suggestions then you must surely head to this festival on your vacation in Greece in March.

Suggested Read: Top 12 Rhodes Restaurants To Set Out On A Culinary Excursion

Tips For Visiting Greece In March 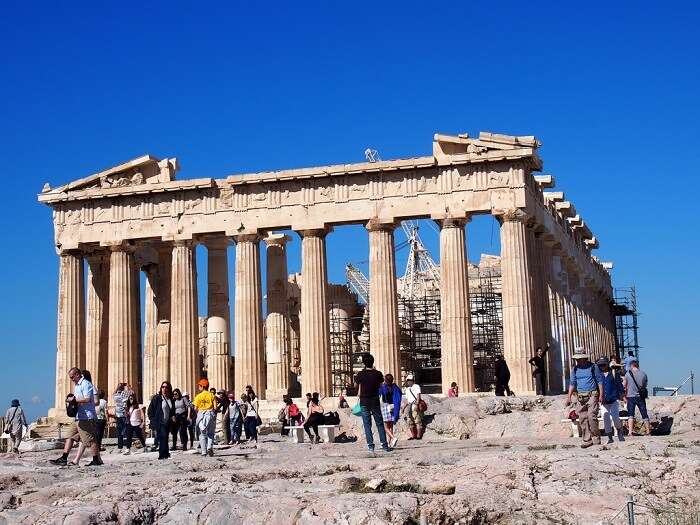 Image Source
The following tips will help one plan an efficient trip to explore this vibrant and beautiful country.

What To Pack For A Trip To Greece In March 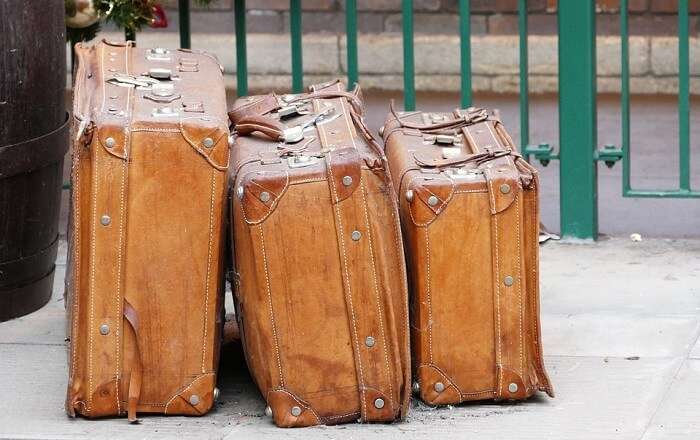 Weather In Greece In March 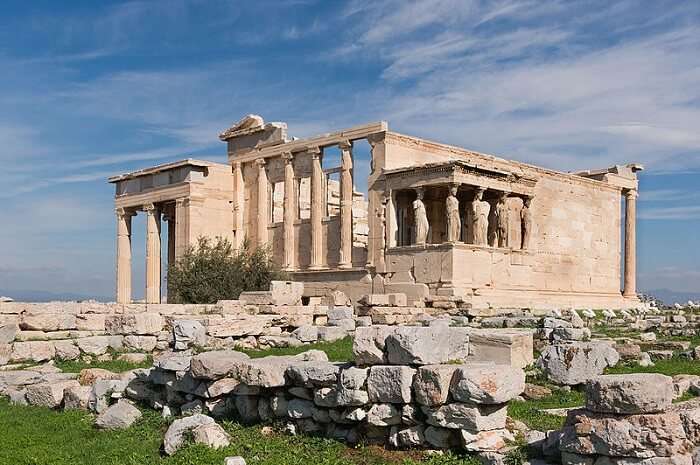 Image Source
Do you want to travel to Greece in March? The average temperature of this region starts to rise as the month of March nears. The first sign of the spring season is seen as March approaches. Throughout the day the temperature and weather in Greece in March is quite manageable as it is neither too hot nor very cold.

Further Read: Visit Greece In October For A Relaxing Vacation In The Greek Setting In 2022!

Greece in March offers wonderful things to do and places to visit with abundant opportunities to enjoy. Book a trip by contacting travel experts at Travel Triangle, know about Greece tours in March 2022 and get exciting deals and discounts. Make sure to gather your friends for a fun-filled trip. Know of more exciting things to do in Greece in March, then share with us in the comments below.

Is March a good time to visit Greece?

Yes, March is a good time to visit Greece.

How warm is Greece in March?

The average temperature in Greece in March is 12°C.

What is the best time to visit Santorini in Greece?

The best time to visit Santorini is in between late April to November.

How much does it cost to travel to Greece?

Flight tickets to Greece start from around INR 22,000.

What are the best places to visit in Greece in March?

The following are the most popular places visited by tourists in the month of March in Greece:
1. Athens
2. Thessaloniki
3. Chios
4. Crete

Is it safe to travel to Greece in March?

Yes, it is safe to travel to Greece in March.

What are the popular things to do in Greece in March?

If you are looking for the best things to do in Greece in March then you must surely take local sightseeing tour or indulge in water sports adventure.

Melbourne In March Switzerland In March Netherlands In March