8 National Parks Near Bangalore: Plan Their Exploration For A Date With Nature 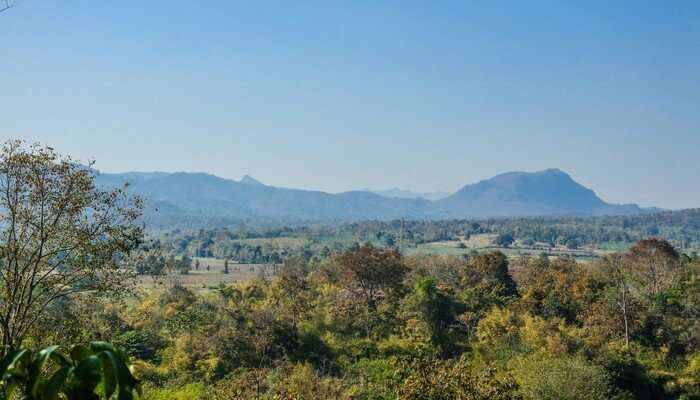 Bangalore is a perfect destination to enjoy a holiday within the country. Much famed for its rich diversity of flora and fauna, more than 25 percent elephants and 15 percent tigers in India can be found in the national parks near Bangalore. The place is home to a varied population of wild animals. That is why this region remains one of the worth of exploring places.

A visit to these parks is going to keep you close with nature – something our soul desires after daily routine lives. Want to plan a grand vacation that covers nothing but freshness and seeing a lot of forests? Then the National parks near Bangalore are the best places to be.

If you are looking to draw the country’s wildlife sanctuaries near Bangalore, check out these National Parks to experience a great time: 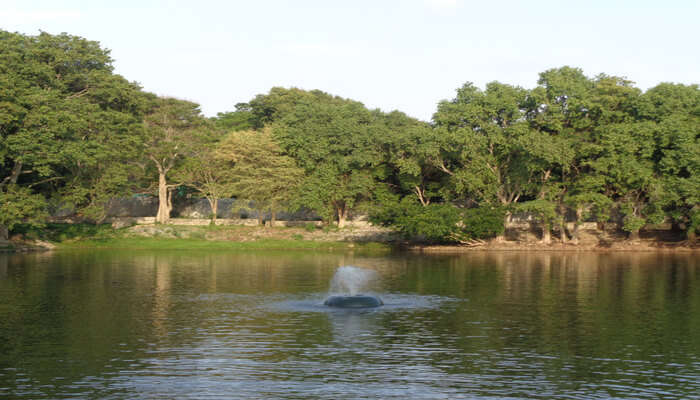 Bannerghatta National Park is located to the south of Bangalore. Recognized in the year 1978, this National Park remains an amusing zoological reserve found in India. It is considered as the best National Park near Bangalore spread across an area of 25,000 acres of land that is enclosed in abundant greenery.

This park has a zoo, a butterfly park, and a biological park within its boundary that makes it the best place to visit with your loved ones. The flora of this park includes bamboo groves, thorny scrub, dry deciduous forests, and a wide variety of plantations and trees.

Location: Bannerghatta Biological Park, Bannerghatta, Bangalore, Karnataka.
Distance from Bangalore: Around 22 km to the south of Bangalore.
Best Time to Visit: September to January
Timings: Wednesdays to Mondays – 9.30 AM to 5.30 PM; Closed on Tuesdays
Entry Fee: INR 80/- per adult, INR 40/- per child, and INR 40/- per senior citizen. 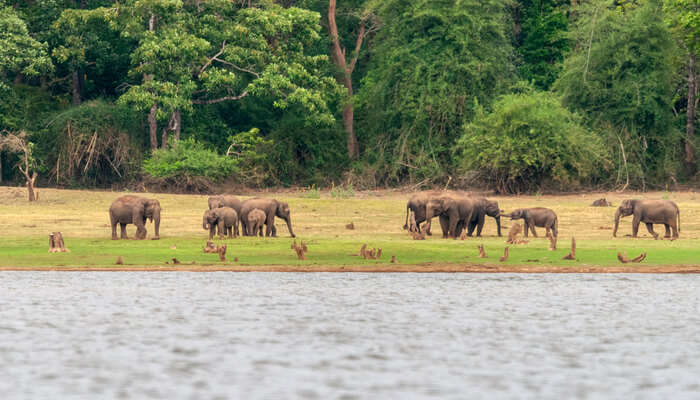 Nagarhole National Park is situated in Kodagu district as well as its nearby Mysore district in Karnataka. This National Park near Bangalore was recognized as a wildlife sanctuary in 1955 and as a National Park in 1988. The park was lately renamed as Rajiv Gandhi National Park and spreads across an area of 575 sq. km.

Suggested Read: 10 Haunted Places In Bangalore To Visit In 2022 For A Thrilling Vacation! 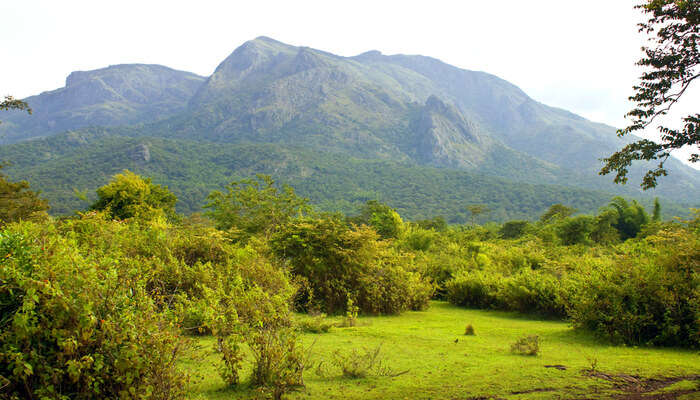 A major portion of this National Park is set in the neighbouring Tamil Nadu state but this protected reserve shares its boundaries with the states of Karnataka and Kerala too. Situated in the northeast region of the Nilgiris, Mudumalai National Park is a confirmed tiger reserve and is one of the most famous National Parks near Bangalore. Covering across an area of 321 sq. km., this park is home to various rare species like white-rumped vultures, Bengal Tigers, Indian leopards, and elephants.

Location: Northwestern Nilgiri Hills, Nilgiri District, Tamil Nadu.
Distance from Bangalore: Around 231 kilometres.
Best Time to Visit: October to May.
Timings: All Days (6:00 AM to 8:00 PM). 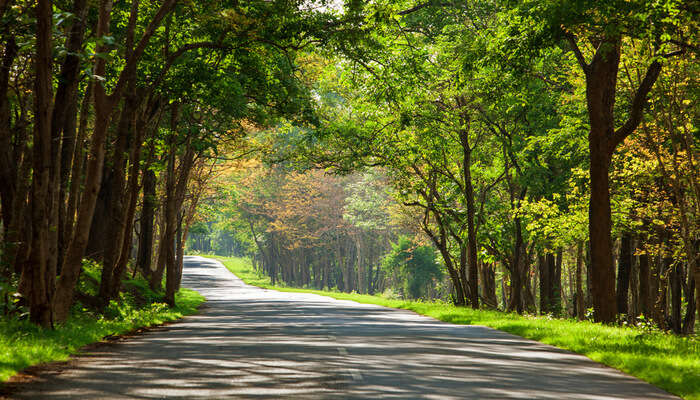 The Bandipur National Park was recognized in the year 1973. Located in the Chamarajanagar district of Karnataka, this popular National Park near Bangalore was once a private hunting reserve for the Maharaja of Mysore. Today, this National Park is a well-known reserve under the Project Tiger endeavour. It is spread over an area of 874 square kilometres. The flora of this park comprises a variety of trees such as Rosewood, Sandalwood, Teak, and Indian Kino Tree.

Suggested Read: Pen Down These 10 Resorts In Bangalore For The Best Of Both Luxury & Comfort! 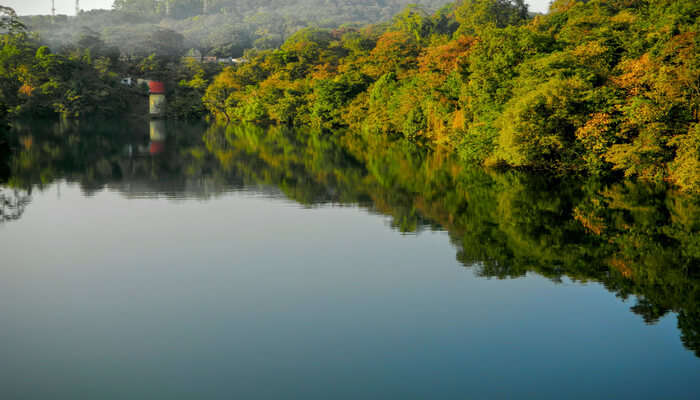 Suggested Read: 29 Enthralling Spots For Camping Near Bangalore That Are Worth A Visit In 2022! 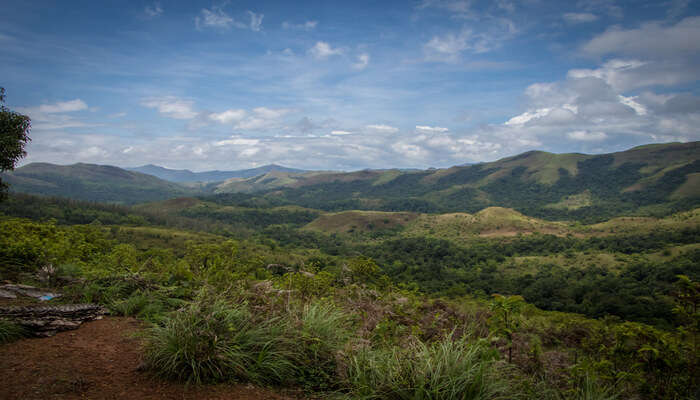 The famous Kudremukh National Park is located in Chikmagalur district of Karnataka. This National Park near Bangalore is the second major Wildlife Protected Area belonging to a humid wet evergreen type of forest in the Western Ghats. Spread across an area of 600.32 sq. km., this park covers a hilly and rippling terrain. The diverse flora of this park comprises of evergreen and semi-evergreen trees.

The plenteous fauna of this park includes a range of wild animals like tigers, leopards, common langur, and sloth bears. The park also has numerous species of birds such as Malabar Trogon, Great Hornbill, Malabar Whistling Thrush, and Imperial Pigeon.

Suggested Read: Bungee Jumping In Bangalore 2022: Taste The Adventure In Its Raw And Best Form! 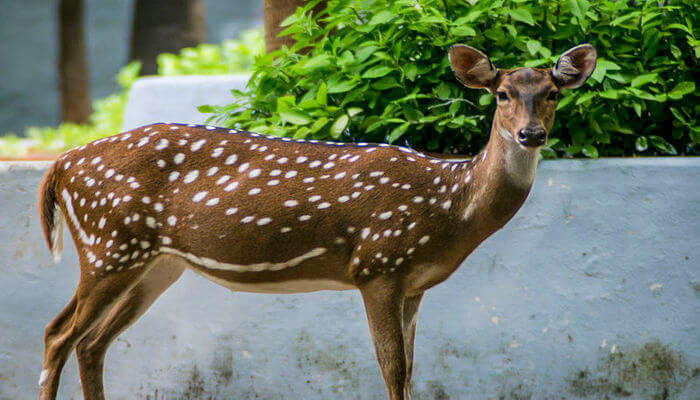 Guindy National Park, located in Chennai is the leading factor in contributing to the lush green cover of the city. Known to be the eight largest National Park in the country, the land is consecrated with scrublands, dense forest areas, lakes and streams.

Suggested Read: 25 Best Restaurants In Bangalore That Are Perfect For A Food Spree In 2022 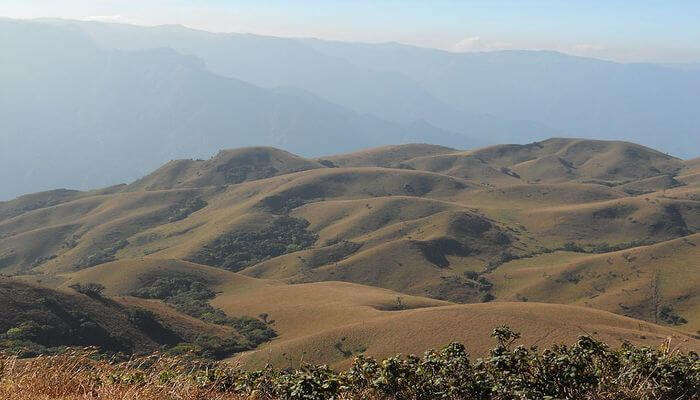 With an amazing variety of flora and beguiling fauna, Tamil Nadu stays buzzed with wildlife enthusiasts, and the Mukurthi National Park is the living indicator of this fact. Formerly known as the Nilgiri Tahr National Park, this National Park near Bangalore is located in the western corner of Nilgiris Plateau.

Location: Bangi Thabal Guest House Rd, Padavayal, Kerala 678582, India.
Distance from Bangalore: Around 350 kilometres
Best Time to Visit: February until May and September to November
Timings: 9:00 AM to 5:30 PM.
Entry Fee: INR 15/- per Adults and INR 10/- per Children.

Further Read: A Guide To 21 Beautiful Hill Stations Near Bangalore For The Summer Of 2022

So, which of these magnificent national parks near Bangalore will you be visiting first? These parks are a perfect escape for nature lovers and adventure seekers! So, pack your bags and plan your trip to Bangalore now. Get ready for a perfect date with nature as you will definitely create wonderful memories while on the trip.

How can I go to Bannerghatta National Park from Bangalore?

The best way to reach Bannerghatta National Park is to board bus no.365 or 365J from platform number 17, which directly drops you there. If you stay somewhere near the Whitefield area in Bangalore, bus no.500C from there to Jayadeva hospital junction, take a bus no.335 from Hope farm to Marathahalli bridge, and bus no.365 from there to the park.

Which is the largest park near Bangalore?

Bandipur National Park is the largest park near Bangalore. It was recognized in 1974 as a major Tiger Reserve under the Project Tiger of Government of India.

Is food allowed inside the national parks near Bangalore?

Outside food is allowed only in the zoo. In the park area, as the numerous safaris are located, food is not allowed! Also, you are allowed to take outside food in but not plastic bags or bottles.

Which animals are there in Kudremukh National Park?

What is Bannerghatta National Park famous for?

Situated in the district of Bangalore in the state of Karnataka, India, Bannerghatta National Park is a famous national park home to a large number of rare and endangered animals like the tiger, leopard, lion, bison, and wild boar.

How much is the entry fee and Safari fee of Nagarhole National Park?

The entry fee and Safari fee of Nagarhole National Park is INR 300 per Indian and INR 1200/- per foreigner. 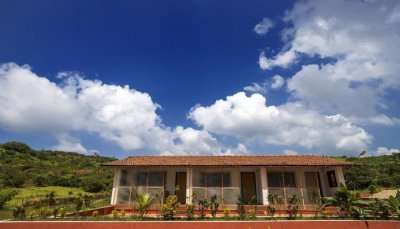