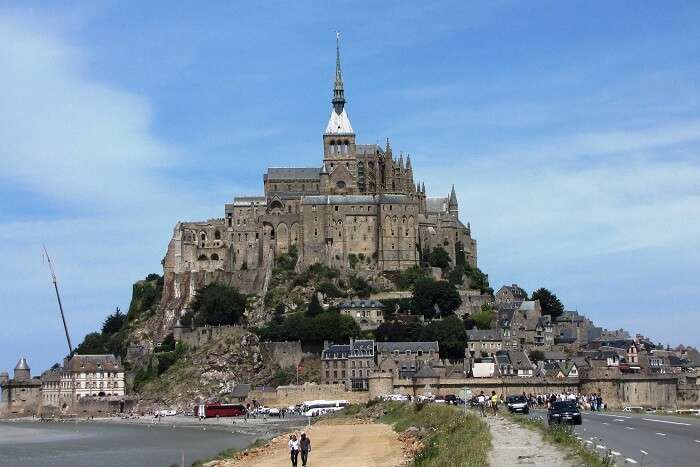 Normandy is a diverse region filled with beautiful landscapes, majestic chateaux, medieval villages, and much more. Normandy has a rich history. The grand medieval buildings are a constant reminder of the same. The history of Normandy is brutal. From England invasion to D-Day landings, this region has witnessed all. The majestic buildings have their own tale to tell and several tourists from all over the world come here to listen to it. Explore the remains of the glorious past with this Normandy travel guide. 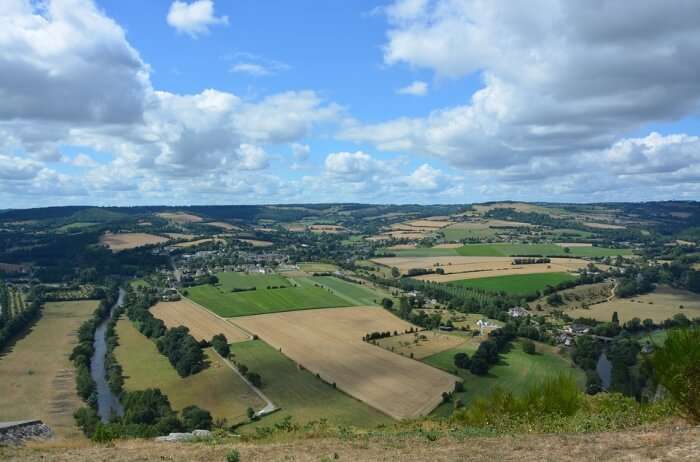 Normandy is a region in France. The inhabitants of this region are known as Normans and the language spoken here is also Norman. It has a population of over 3.37 million, which constitutes 5% of France’s population. Even though agriculture is the main source of income for many, other industries also exist. Normandy has a vast history and it is necessary to come face to face with it once in a while. There is so much to discover in this region that the tourists will surely feel like they are in a totally unseen world. The medieval castles standing amidst the lush green country landscape is also a sight to see. 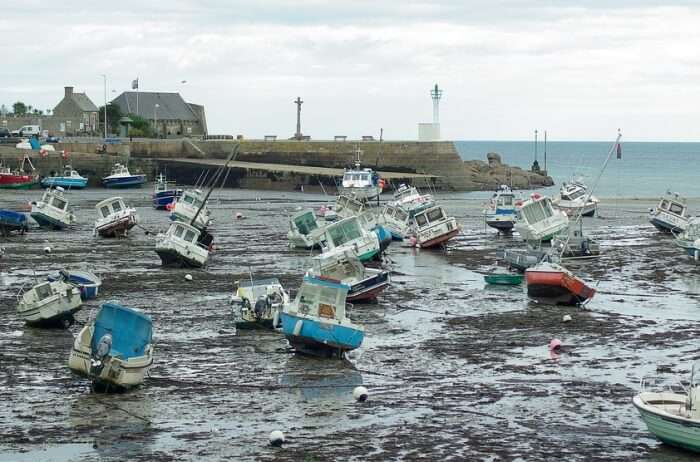 The summer is the ideal time to visit Normandy if one wants to hit the beaches. The most number of tourists visit during July and August, but one can visit anywhere between June to September. Since the off-season usually strikes around winters, hotels will be much cheaper and one can visit during this time to avoid much crowd. The only off side of this would be not being able to enjoy the beaches.

Normandy is the home of many beautiful and medieval places. Here are the top 5 places that are a must visit during your travel in Normandy:

About 35 km from Le Bec-Hellouin in Jumièges lies the ruins of a historic abbey which was built in the 11th century. Under the patronage of the Duke of Normandy, this building became a learning center producing many great scholars and historians. Touted as the most majestic religious monument during Middle Ages, Abbey of Jumièges was ravaged by the continuous string of wars. The skeleton of the grand building bears witness to its illustrious past.
Location: 24 rue Guillaume le Conquerant, 76480 Jumieges, France 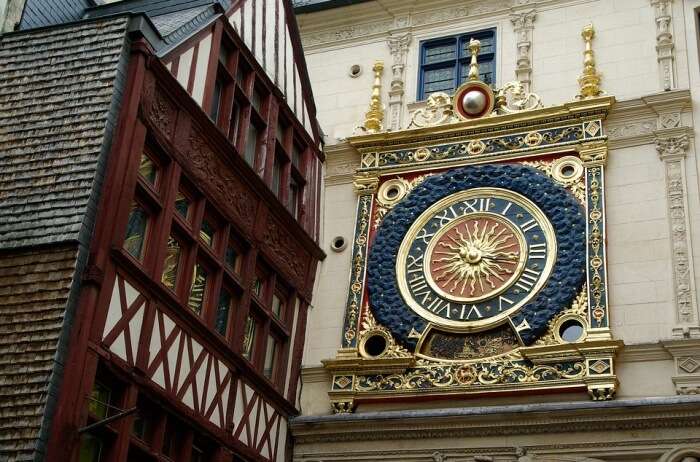 For those who appreciate the gothic style of architecture, a walk down the cobblestoned lane of the old town of Rouen is a treat. The street is lined with partially-timbered houses and has gothic churches at every corner. The beautiful cathedrals of this town inspired some of Monet’s paintings as well. Other monuments of interest to the visitors would be the clock tower, Beaux Arts Museum, the tower where Joan of Arc stood trial and the spot where she was martyred. 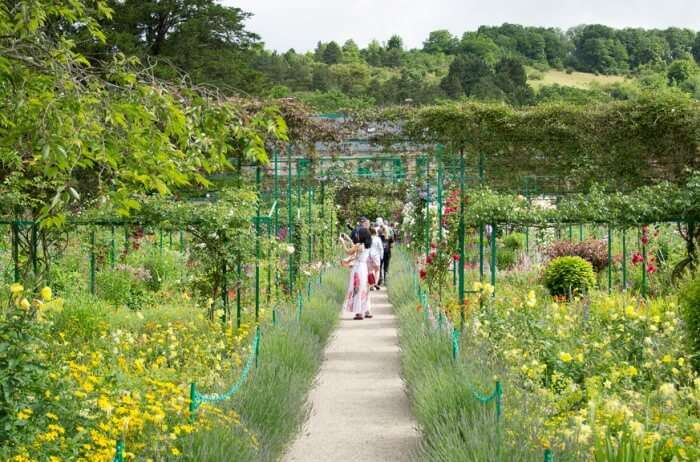 A short ride to Giverny takes you to the famous Monet’s Garden. With its myriad blossoms and foliage, it is a treat to the eyes. This garden is an extension of the residence of the famous impressionist artist Claude Monet and is said to have been created by the man himself. We also see many of his paintings inspired by this exquisite garden. Giverny Museum of Impressionism has an impressive collection of paintings.
Location: 84 Rue Claude Monet, 27620 Giverny, France 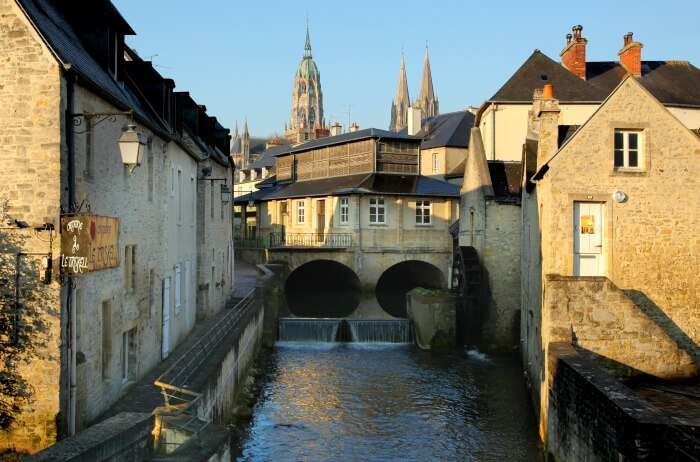 A trip to Bayeux is a must for the history buffs as the war memorial museum takes you back in time on an encounter with the history of the battle of Normandy. The Auditorium in the museum also screens a movie based on archived documents that outline the contribution of Normandy in the war. The museum also has on display all the equipment and artilleries used during the war. The town is also renowned for its 70-meter long tapestry which is displayed at the Bayeux museum portraying the history of the land detailing in 58 different scenes all done in embroidery. It is one of a kind work of art that also holds value as a historical depiction of the battle of Hastings and the conquest of England by Duke of Normandy in the 11th century.
Location: Bayeux, Normandy, France 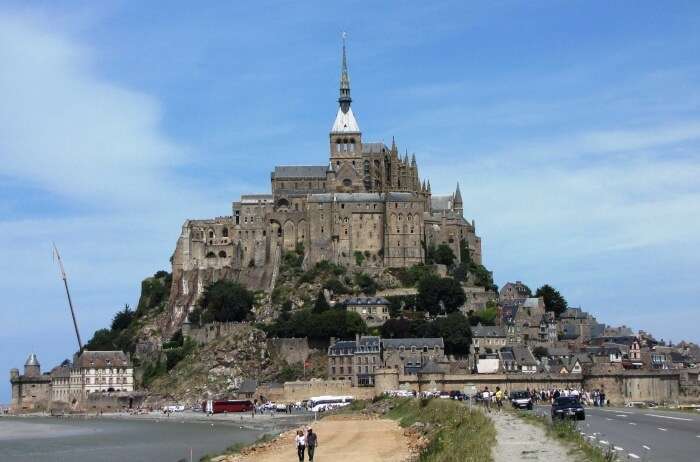 This is a UNESCO declared World Heritage site and one of the must-visit sites in France and an exciting tourist spot for the Normandy travel tours. High tide turns the abbey into an island that can be accessed only by one road whereas during low tide visitors can take a guided walk down to the Mont Saint-Michel. A 200-meter walk brings you to the highest point in the abbey. The terrace affords a bird’s eye view of the surrounding areas.
Location: Bp 22, Au Sommet du village, 50170 Mont-Saint-Michel, France

Further Read: 21 Best Places To Visit In France In Winter 2022-22 For A Blissful Holiday Experience!

After reading so much about this beautiful place who wouldn’t want to pack their bags and rush to uncover this world? The combination of alluring and momentous beauty, makes it an ideal tourist destination so when are you leaving for the airport? Book a trip to France and make sure to include Normandy travel in your itinerary.