Norway – The Land Of The Midnight Sun, Might Get Rid Of Time Zone & It Makes All Sense 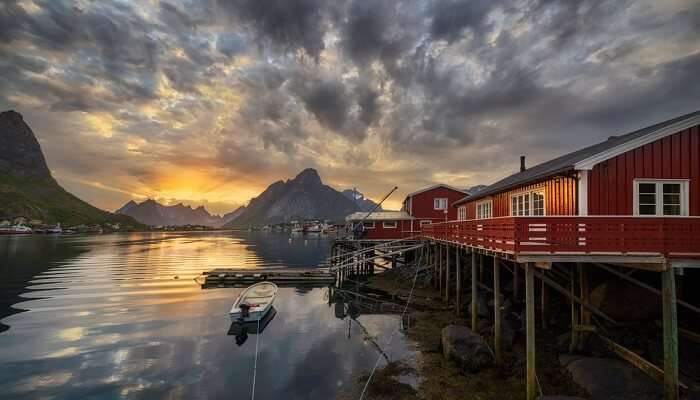 Remember that song “4 baj gaye lekin party abi baki hai”? Had you been in Norway in the summer, you would not be worried about how late you were partying because guess what? The sun does not set in Norway.

Familiar with the concept – “is raat ki subah nahi”. Take that in reverse in Norway. The country of the midnight sun is the only place where you don’t experience a sunset for almost half a year.

As much as Norway is famous for Northern Lights, the Midnight Sun also captivates the attention of the travelers. Think about living in a place where you can head out any time you want. Go shopping or eating at any time of the day because there is no day or night.

This is why people of Sommaroy want to get rid of time-zone!

While people in the rest of the world are trapped in a time zone, people in Sommaroy are spending their time at their will. This is why people of Sommaroy in northern Tromso are campaigning to get rid of a time zone. They have every right to do so because the time zone does not apply here. People in Sommaroy do ‘what they want when they want’ during the two months when the sun doesn’t set. However, they suffer from Seasonal Affective Disorder (SAD) when the sun does not rise for months.

People from all over the world travel all the way to Norway to attend the Midnight Sun Festival; a night of music and entertainment where you get to jet ski and swim with the dolphins while it is still lit outside. It is a life-altering experience filled with mystique and beauty.

Here are the places where you can find the Midnight Sun:

Think about your trip to Europe and Norway. You can go for a swim or take a stroll outdoor at even 2 AM in the morning when it is lit outside. It is so lit that you can easily read a book outside in the midnight light. Don’t forget to pack an eye mask to help you fall asleep.

Norway Travel – The Land of Midnight Sun Is Calling