Orlando Nightlife: 8 Best Nightclubs To Party The Night And Day Away 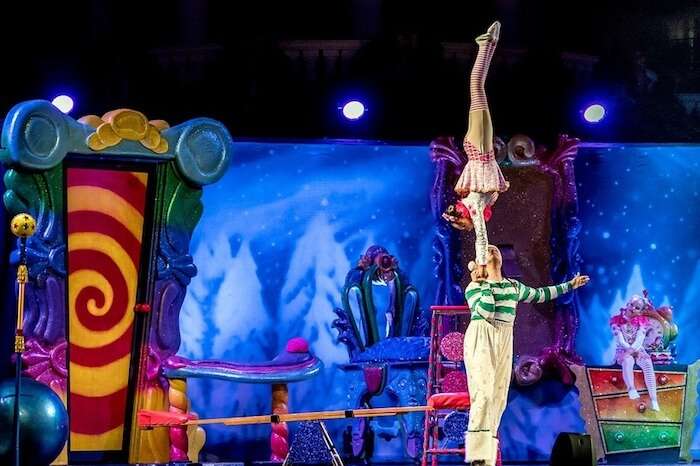 Orlando is a city of many wonders. Primarily known for Disneyworld and Universal, Orlando nightlife is a big attraction too. With a comprehensive number of things to do in this huge city, Orlando nightlife is something of its own. With a trending scene during night time that has evolved over the years only making it better, Orlando nightlife’s events are one of the biggest attractions in the city. There’s an extensive list of places to visit spread around this city like nightclubs, live shows, bars and more.

For a city, this huge, Orlando sure has enough to offer the visitors to get them ravelled in what to choose to do during night time. We’ve compiled a list of the best 8 Orlando nightlife experiences:

Universal is one of the brands of Orlando. With an ever-fluxing number of visitors each year, the place makes sure that its visitors are as entertained during the night as they are during the day. Although the closing time of its theme parks is usually around 8 PM, the CityWalk is open for business even after midnight. There are many things to experience here, like live shows, bars, restaurants and much more.

Must Read: 7 Must Visit Restaurants In Orlando Which Will Let You Relish The Kaleidoscope Of Flavors!

One of the most famous comedy clubs in America, this club is a must visit place for any visitor who loves comedy. Situated on International Drive, this place is a perfect spot to enjoy a night out laughing your guts out and then having a great shopping stroll down the street. This place has hosted many legendary comedians like Robin Williams, Jerry Seinfeld, Sarah Silverman and many more.

There are many clubs to choose from in Orlando, with each of them offering something unique. But the best nightclubs in Orlando are around Lake Eola. A place that has embraced the night culture, Lake Eola is one of the best hotspots in the cities when the sun sets. With famous clubs like The Beacham, Vain Club and some more options around, you can go anywhere here and have a ball.

Suggested Read: 10 Things To Do In Orlando That Define Extravaganza

The essence of Orlando area nightlife, Wall Street Plaza packs a punch in the many things it offers. With lively restaurants and bars all around, and a section devoted to live shows by local and international artists, this place is sure to leave you flabbergasted after you’re done having a ball here. Many bars here have happy hours too, with the most famous of them being Hooch, which has it from 4 PM to 7 PM.

Suggested Read: Top 10 Beaches Near Orlando To Have The Best Of Sun & Fun

With the same concept of Wall Street Plaza, this place has a couple more things to offer and is situated on International Drive. With many people visiting Orlando staying in or nearby International Drive, the area is easily accessible and relatively safe for them to visit during night time. With lovely bars and restaurants, it also has open theatres that often host live theatre and performances from local artists.

Suggested Read: 10 Best Places To Visit In Orlando That Are Perfect For Living Your Childhood Dreams

One of the best-known clubs for music lovers in the state, House of Blues in USA is a surreal place that offers its visitors nothing but pure delight. Occupying a giant space, this club is divided into many zones, like a laidback bar, a sharp dining room and a voluminous hall, where all the musical performances happen. Many international and famous artists perform here on a regular basis.

With what is considered to be an action-packed and one of the best live performances you can witness in the country, Cirque du Soleil is a place you must visit during your trip to Orlando. With a breathtaking architectural foliage, this show runs every day from 6 PM to 9 PM and doesn’t fail to leave its visitors awestruck multiple times during its duration.

The place might sound like a cliched option but that’s not the case. The Hard Rock Café in Orlando is one of the most famous ones across the country and often hosts some of the biggest names in the music industry. The café also has some of the best bars in the city. It serves delicious feel-good American delicacies on the side too.

Further Read: 9 Best Things To Do In Tampa For An Indelible Vacation In The Cigar City Of Florida

The USA is sure to leave you in awe after you’re done experiencing Orlando nightlife to its fullest. With some of the best things happening in the city during night time, Orlando nightlife’s quite an amazing and enthralling experience for the visitors and locals alike. Make sure to have a blast at the above mentioned clubs and bars on your visit to USA.

What things can one do to enjoy the nightlife of Orlando?

Orlando does not have a scarcity of things that one could do at night including taking a tour of the universal, visiting the clubs by Lake Eola, exploring the wall street plaza, viewing a show of Cirque du Soleil and many more.

Why is the Improv comedy club of Orlando so famous?

The Improv comedy club in Orlando is famous because not only is it a perfect place for a night-out but several huge celebrities performed and raised to fame in this club including Jerry Seinfield, Robin Williams and many more.

Where can one find the most famous restaurants in Orlando late at night?

The Pointe Orlando area of Orlando is famous for several famous restaurants and live theatres that are open for the entire night.

What is the timing of the Cirque Du Soleil?

The shows of Cirque Du Soleil are held between 6 PM to 9 PM every night.

What are some of the top party destinations in Orlando?

Where do most people go dancing in Orlando during the night?

Some of the most popular places for dancing that one could find in Orlando include Taverna Opa, Parliament house, Vixen fitness and many more.

What is the cost for the Universal City walk?

Universal city walk does not cost any money. You can walk there freely for the entire night.

Why is the Ice Bar in Orlando so famous?

Ice Bar is the only bar in the world that is made entirely of ice. Over 70 tons of ice are required to maintain the bar.