Paragliding In New Zealand: 5 Best Places That Let You Soar High In 2020! 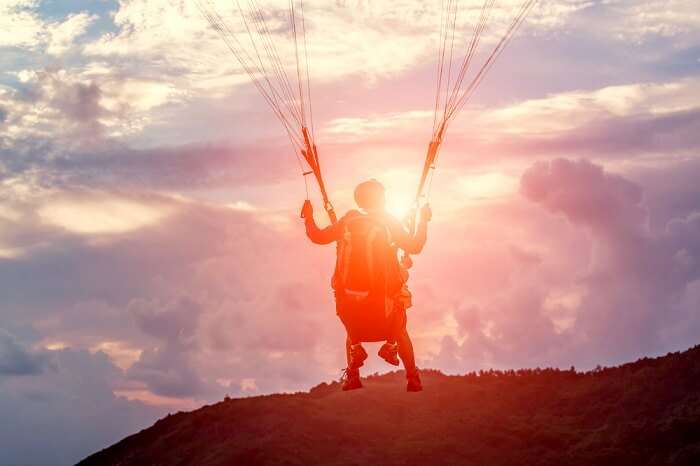 Ever wondered what it is like to fly? To be able to feel nothing except the wind guiding you on an adventure? If your answer is no, then you must try paragliding in New Zealand. While beginners may try tandem paragliding, the experts can climb aboard an aircraft and glide in the beautiful skies far above New Zealand. All the adventure freaks, get packed and go feel the much-needed adrenaline rush in your body while you glide your way through the skies!

For an adventurous and one of its kind experience, head out to these five best places that let you enjoy the best of paragliding in New Zealand along with a fun and exciting experience in the blue skies.

Head out to the Adventure Capital of New Zealand to experience paragliding like never before. There are a number of operators that organize options for paragliding in Queenstown New Zealand, either from Coronet peak or Bob’s peak. Both locations offer breathtaking views of the town, the Remarkables mountain, and Lake Wakatipu.

Must Read: 15 Waterfalls In New Zealand That’ll Leave Your Speechless

Planning a trip during winter, but do not wish to lose out on the experience of paragliding in New Zealand? Work your way to Wanaka – a beautiful summit for paragliders who love to reign in the skies. Treble Cone Ski field in Wanaka offers a great setting for those interested to try their hands at a spot of paragliding. You will get to glide over 800 meters above the gorgeous Lake Wanaka and rolling mountains.

As you paraglide through the skies, valley after valley, you will get to witness stunning vistas and waterfalls that no regular hike will give you access to. And to enjoy this once in a lifetime experience, Wanaka Paragliding New Zealand South Island is your answer. Once you are airborne, you will be welcomed by breathtaking views of the Matukituki valley. On a clear and bright day you will also get to enjoy mesmerizing views of Lake Wanaka, Mt Aspiring, and Roys Peak among the other surrounding mountains.

Suggested Read: 10 New Zealand Cuisines One Must Try On Their Trip

Looking for the most famous paragliding sites in New Zealand? Auckland – The city of sails is a great place to enjoy some paragliding in New Zealand. Those who wish to try paragliding may opt for a 20-30 minute guided adventure, where the instructor will handle the reins and the traveler can lay back and enjoy the scenic beauty from up above in the skies.

On the other hand, professional and novice paragliding enthusiasts can enjoy a great session of paragliding at over 40 different sites by signing up with Wings and Waves. The team offers not just paragliding, but also paramotoring and kite surfing lessons. Tourists can also hire, service or repair their gear and equipment at this centre. Wings and Waves offers unmatchable paragliding New Zealand prices that start at just $190 for a tandem paragliding trial flight.

A lesser-known paragliding haven, Lyttelton Harbour area is just a few minutes drive, from the city centre of Christchurch city. Feel the excitement and exhilaration as you take on the skies on a paragliding trial flight. The tandem paragliding flight lasts a good 20 minutes and offers panoramic views of the Lyttelton Harbour, Christchurch’s blue beaches, and even the beautiful Southern Alps on a clear and sunny day.

While Cloudbase Paragliding is your best bet for paragliding, this aviation training institute is one of the best centres in the country that trains beginners as well as intermediates. This training center also offers tandem paragliding flights to discerning travelers.

Want to fly like a pro? Fly high in the skies of Nelson – one of the sunniest cities in New Zealand. This site is as good as you can get. Enjoy clear birds eye views of the entire coastline of Nelson as you take off for a fun and thrilling ride across the blue skies. Your flight will begin at the hills that lie at the back of the city.

While there are a number of operators who conduct classes for paragliding in New Zealand, it cannot get better than Nelson Paragliding run by none other than twice cross country and national champion – Stew Karstens. His flying school not only trains wannabe paragliders but also offer tandem flights at affordable rates. If you are worried about paragliding prices in New Zealand, then this spot will be perfect for you as it will be easy on your pockets.

Further Read: 10 Places To Visit In Christchurch For A Terrific New Zealand Vacay

It is everyone’s fantasy as a child to fly and paragliding is as close as you can possibly get to experience the real deal. So, what are you waiting for? Now, when you know all about the best spots and paragliding in New Zealand, get packed, and try paragliding on your next trip to New Zealand where you can enjoy incredible views without burning a hole in your pocket!

A. Yes, paragliding activity in New Zealand is conducted by highly trained instructors, and safety gear is used to ensure a safe flight.

Q. Where can I go paragliding in New Zealand?

A. You can experience paragliding in New Zealand in:
1. Queenstown
2. Wanaka
3. Auckland
4. Christchurch
5. Nelson

Q. Can you paraglide in the rain in New Zealand?

A. It is not a good idea to paraglide in the rain for the following reasons:
1. Your paragliders may not be waterproof so rain-water would make it heavy and not fit for flying
2. Rain makes the ground slippery making take-off and landing difficult and risky
3. Rain may interrupt your vision during flight
4. Rain often brings along strong winds interrupting your control on the paraglider

Q. Do you have to buy paragliding gear in New Zealand?

A. As a tourist, you can either bring your own parasailing gear or buy or hire it from the popular paragliding centers in New Zealand.

Q. What is the best time to learn paragliding in New Zealand?

Q. Which is the best paragliding company in Queensland?

A. G-Force is the best company for paragliding in Queensland. You generally get to fly for 10 minutes but the maximum time for flying depends on the weather.

Q. How much does a tandem flight cost in Queensland?

A. It costs approximately 10,000 INR per person for all tandem flights in Queensland which lasts for a few minutes.

Q. Is paragliding in New Zealand available daily for flying?

A. Paragliding is available daily as long as the weather is good. The timings for paragliding are from 9.00 am to 6.30 pm. It is best to choose the morning time as afternoons can get hot and humid.

Q. What is the best thing about Wanaka Paragliding?

A. You get to view beautiful vistas from a bird’s eye view and see places that are not possible even with the most difficult hikes. The view of the valleys and lake is breathtaking.

Q. How many sites can you visit in 20-30 minutes of flying in New Zealand?

A. You can view nearly 30 to 40 different sites when you fly in New Zealand for this time duration. This is the world’s top-most destination for paragliding and is a must-try adventure when you visit it.

20 Hottest And Coldest Places In India Which Will Let You Witness The Extremities Of The Country In 2020!