5 Best Places Near Osaka That Will Satiate The Globetrotter In You! 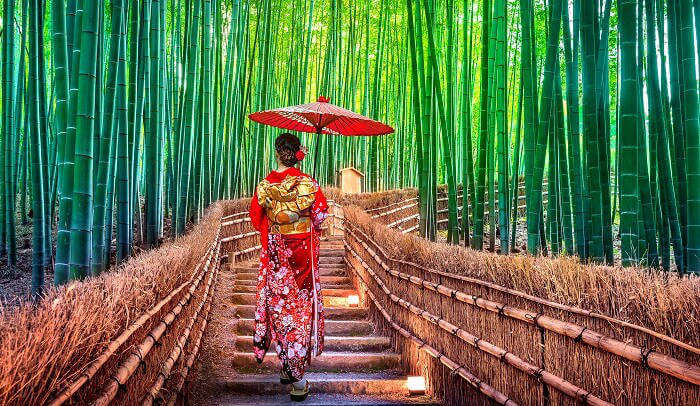 Osaka is a wondrous city known for its out-of-the-world modern types of equipment that have played a major role in boosting the city’s economy and tourism. People from all over the world visit the city just to witness the unique aspects of the city. However, there are many places near Osaka that boast of high tech products, tranquil temples, majestic temples and royal castles that should not be missed out on your visit to Japan. The people of Japan welcome tourists enthusiastically and will also tell you the places that you should drop by for a memorable trip. These places near Osaka would be on the tip of the tongue of locals which is all the more reason for you to pay these beautiful sites a visit.

Kyoto is a tranquil city and one of the best places near Osaka. The city boasts of temples and palaces dipped in grandeur and majestic royalty with fine architecture. The temples and palaces of Kyoto should be visited not only for a fulfilling spiritual journey but also for an enchanting and memorable experience in Japan. The places near Osaka in Kyoto include the Imperial Palace, Nijo Castle, and the massive Golden Pavillion. So, while walking around the bustling streets of Osaka, drop by the quiet atmosphere in Kyoto and experience the richness of tradition, spiritual and religion based tourist attractions.

Must Read: 6 Magnificent Tokyo Castles That Exhibit The History Of Japan Perfectly!

As the name suggests, this place is on one of the highest hilltops in Japan. This is a religious site that offers its travelers an amazing view from the top of the world. This is also one of the quietest places near Osaka that is also one of the most sought after tourist places near Osaka. It started when a long time back, a temple was built by Kobo Daishi. Since then, numerous temple shrines have been constructed in homage to Buddhism and now go up to a total of more than 100 religious sites. There is also a funeral site where monks have been put to rest and where you will get to see people putting up red scarves in remembrance of the departed. So, pay a visit to Japan’s famous Mount Koya and experience the calmness and prayerfulness that the place holds within itself.

Suggested Read: 25 Unbeatably Fun Things To Do In Japan That All Travelers Must Try

Nagoya is the ‘New York’ of Japan. This is one of the top port cities that is branded as one of the best places near Osaka to visit. Nagoya is a fast-paced city that is known for its manufacturing sectors and industry-based settings. Tourists can go on numerous tours to factories and material manufacturing areas that will let you in on the historic and modern practices of Japan. The city has come a long way and is an important link to the Japanese royal era. The city also has religious shrines, restaurants that make lip-smacking food and stunning first-century castles. So, gear up for an awesome tour to Nagoya that effortlessly stands out as an all-in-one tourist spot.

Nara is one of the traditionally inclined places near Osaka that was fortunately not affected during the world war era. It is known for its old ideas and culture that is still inculcated in the daily lives of people. Nara boasts of historical architecture styled buildings and religious places that are present to this very day. Nara can be visited while touring and sightseeing the various places in Kyoto and can also be accessed by directly arriving from Osaka as it is one of the places that are near to the city. The city of Nara is a must visit for a deeper understanding of the journey of religions in Japan and how so many historical incidents are connected with the rise in these ideas. So, the next time you are wandering around or getting restless in Osaka, board a train to the city of Nara and experience the beauty of one of the top places near Osaka.

Suggested Read: A Handbook Of 10 Tokyo Travel Tips For A Butter-Smooth Japanese Escape!

The city of Kurashiki is not only one of the places near Osaka to be visited but is also one of the cities that tells its visitors the story of tragedies related to Hiroshima. The city is especially known for its museums that let tourists know the various links and evolution of numerous places, things, and products over the years. The city is a must visit as you get to explore the city on a boat which adds to the enthusiasm created over touring the area. Kurashiki is especially known for its museums like toy, art, and archeological museums. So, to be a part of an extensive trip to Japan, do not miss out on the wonderous and knowledge-based city of Kurashiki, one of the most amazing places near Osaka.

There are innumerable places near Osaka that can easily be touted and hailed as tourist attractions. All you need is will to give these amazing places a try. These places boast of magnificent temples, royal castles and age-old historical spots that should definitely be in your bucket list. So, what are you waiting for? Gather your friends and family and plan a trip to Japan and visit these awesome places near Osaka for a memorable and thrilling vacation.