8 Places To Visit In Bologna In 2022 That Will Change Your Definition Of Magnificence! 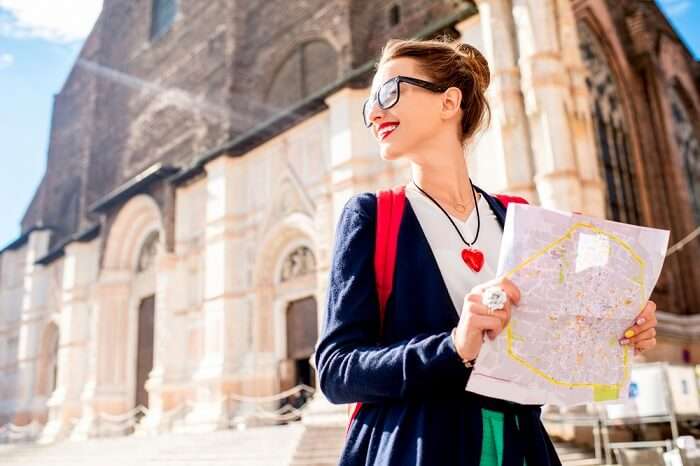 Italy is one of the most magnificent places on the earth and you will be glad to know that Bologna is a part of it. The city offers a glimpse into the beautiful history and culture of Italy. Visiting Bologna will take you back to the old world charm like never before and that old world is filled with awe-inspiring experiences that will simply leave you mesmerized! So, if you are visiting Italy, do add these places to visit in Bologna to treat the wanderer in you.

8 Best Places To Visit In Bologna

Here is a list of the best places to visit in Bologna that will treat the history enthusiast in you and give you a fun-filled vacation. Take a look! 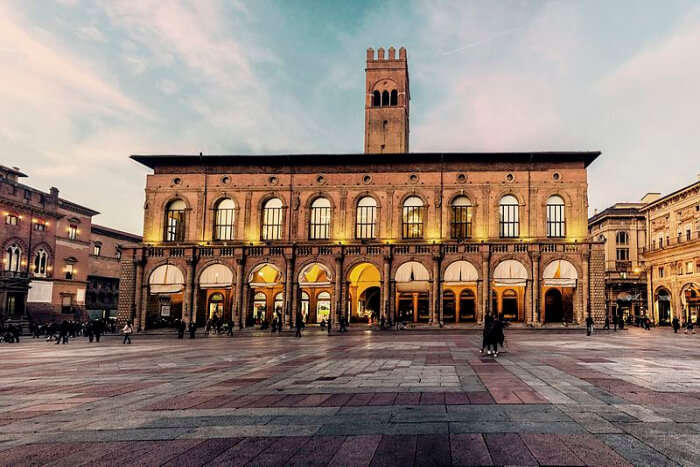 Image Source
Piazza Maggiore is the central most place in the city that offers a glimpse of all the important places in the city like Palazzo D’Accursio, Palazzo Del Podesta, and more. If you are visiting Bologna with family or friends, you can spend a good time here clicking pictures and having evening snacks!

Must Read: 5 Bologna Museums That’ll Take You To The Glorious Past Of This Italian City! 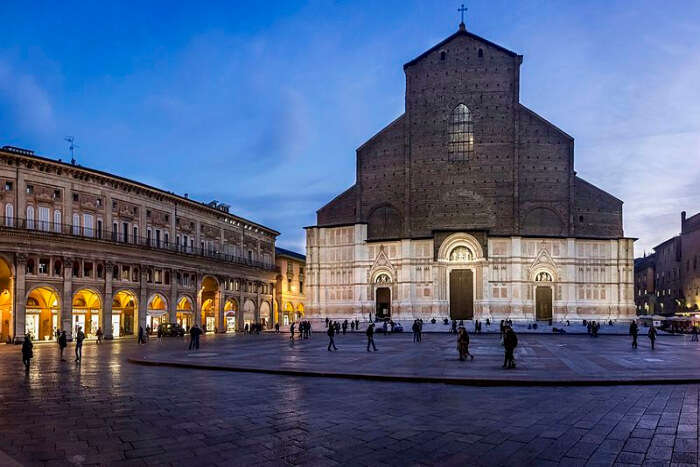 This is one of the most popular places to visit in Bologna. The church was supposed to be bigger than St Peter’s in Rome, but never made it. You can seek blessings as well as admire the architecture of the church. There is even a small museum at the back of the church that showcases the designs that were suggested for the church. 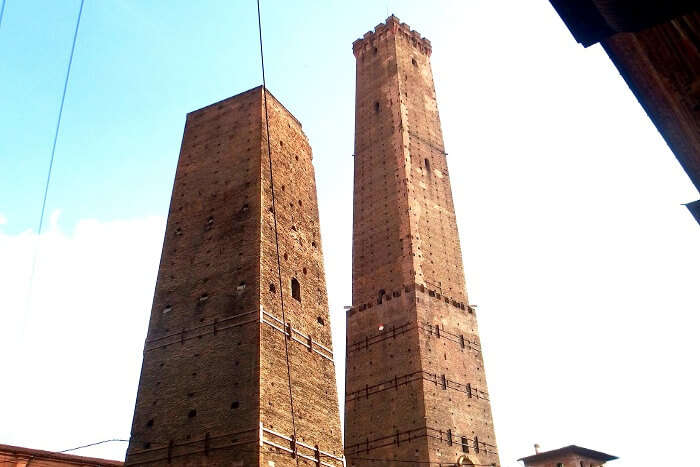 The city is home to two legendary towers that are not just ordinary towers but leaning! Asinelli and Garisenda stand proudly and are one of the main attractions in the city. The towers have been named after two significant families of Italy. You can climb the towers to have a panoramic view of the city.

Suggested Read: Bologna Nightlife: 10 Most Happening & Classy Places For Partying Like The Italians Do 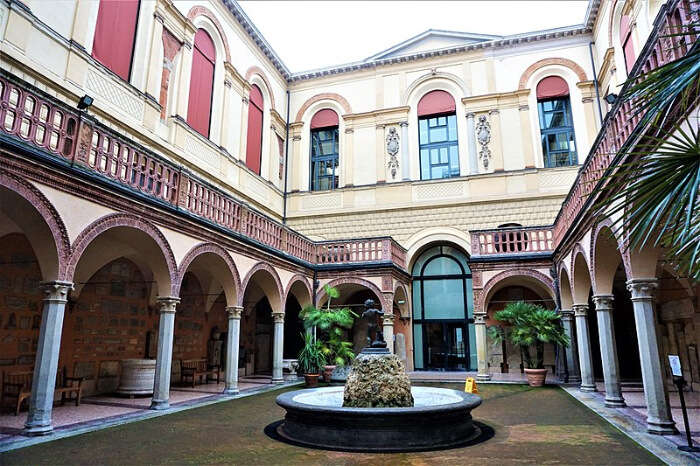 Image Source
One of the best places to visit in Bologna, Italy, Bologna Archaeological museum offers an insight into the history of the city. If you are a history enthusiast, this place will definitely treat your eyes and give you a very deep knowledge of the city’s rich culture.

Suggested Read: 10 Things To Do In Bologna For Experiencing The True Charm Of Italy 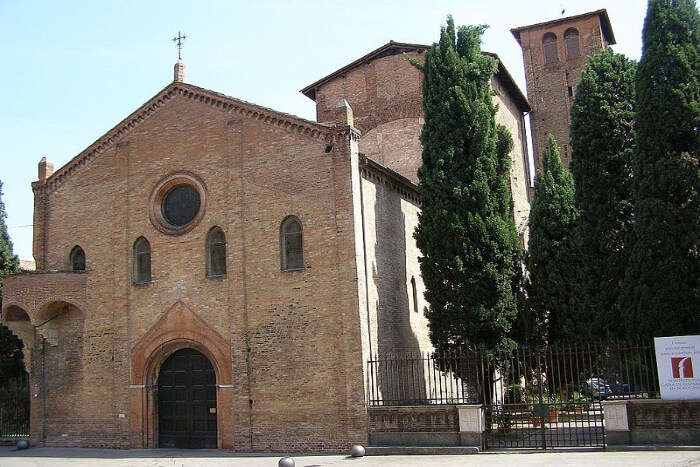 Image Source
The city is filled with many great churches and one of them is San Stefano, that is, St Stephen’s Basilica. What makes it special amidst all is the fact that this church is the oldest one in the whole city. The structure is really beautiful and will leave you awestruck. Inside the premises of the church, there is a lot to see, so make sure you add this place in your list. 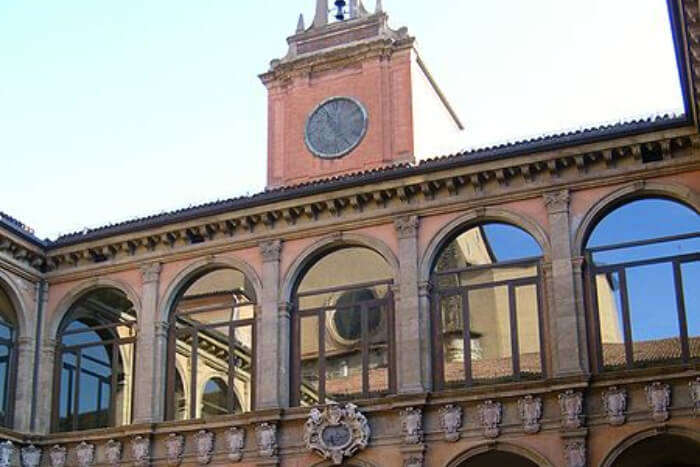 Image Source
If you are one of those people who are fascinated by unusual and unique things and want to know the history of the place very closely, then this is the place for you. Archiginnasio is the place where once the University of Bologna resided. And you just can’t ignore the room where corpses were dissected for the medical students to learn anatomy! Get ready to witness some surprising things here! 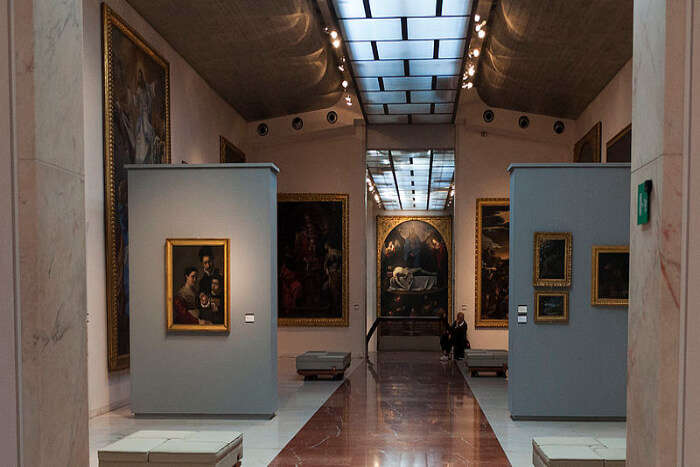 Image Source
If you are an art lover then you must visit the National Gallery of Art in Bologna. Pinacoteca Nazionale offers a glimpse into the most important artworks dating back to the golden era. It has one of the richest collections of European art. So, treat the art enthusiast in you here! 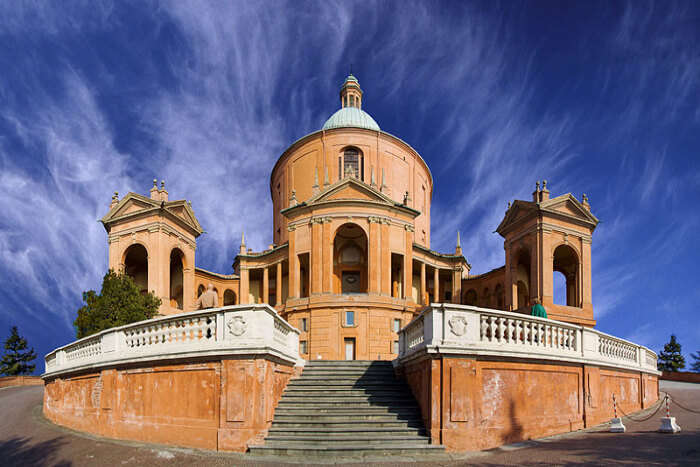 Image Source
The sanctuary of San Luca is one of the top places to visit around Bologna. Located up on a forested hill, the sanctuary offers panoramic views of the surroundings that will leave you mesmerized. So, don’t forget to add it in your itinerary!

Further Read: New Year In Italy 2022: For A Refreshing Start To The Most Happening Event In This Scenic Land!

Bologna is definitely a beautiful place to visit that will simply impress you with its unique buildings! Apart from that, it offers great adventures and nice places to dine! It is a complete package of fun and entertainment, so, plan a trip to Italy and forget yourself on the streets of the city.