Bologna Nightlife: 10 Most Happening & Classy Places For Partying Like The Italians Do 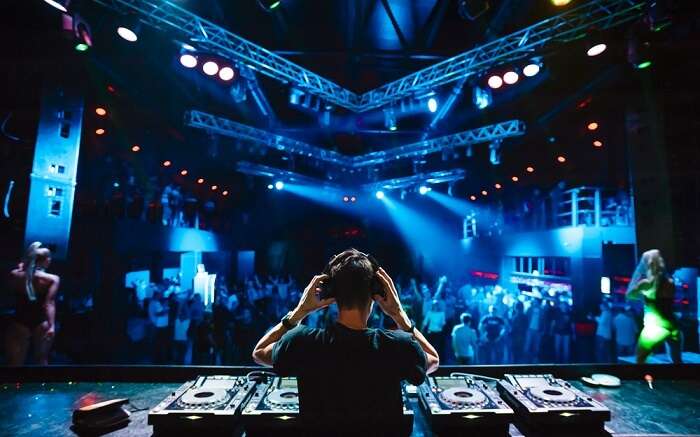 You may have read about Bologna being an underrated city or you may have not heard about it all. Honestly, we don’t blame you. This Italian city is quite underrated despite its gorgeous attractions and rich culture. However, it is the Bologna nightlife that makes the city so happening and worth highlighting on your personal world map. But, if you’re wondering what exactly is there to do in Bologna at night, keep reading along because we’re always happy to help!

The city has got literally plenty of places for you to groove, let your hair down, pamper your taste buds, and soothe your ears with the best music in the country!

Here’s a list of the 10 best places to visit in Bologna at night and witness the city at its best. We’re sure this Bologna nightlife guide will come in quite handy for you!

Unlike the many BYOBs that you have in your city, this bar in Bologna flaunts a BYOF (Bring Your Own Food) concept, though optional. All you have to do is make sure you have bought a drink from here while you soak up the vibes of the ancient Italian inn. But needless to say, this is the place to be if you wish to experience the best nightlife in Bologna.

Must Read: 10 Things To Do In Bologna For Experiencing The True Charm Of Italy

With a rustic ambiance, this bar and restaurant in Bologna outshines the rest without a doubt. The music here is upbeat, the food super delicious, and the vibes really vibrant. And just in case you’re a whiskey lover, jump for joy because this place boasts the classic American whiskey tradition with an extensive collection on the menu.

If hip hop and techno is something that suits your music taste, then Matis is the place to be. One of the only night clubs in Bologna that bring live acts together with international & local DJs, Matis helps all its guest to keep in touch with the latest music trends. You must stop by here if you’re looking for an out of the world yet a Bolognese style experience.

Suggested Read: Italy In December 2020: Top 5 Places That Take You Through The Best Of This Winter Paradise!

A small space that dedicatedly plays metal, punk, and underground music, the Freakout Club is hands down amongst the most famous places to visit in Bologna at night. It is located in the Cirenaica neighborhood
and is mostly a part of every other Bologna nightlife guide. So, don’t look beyond if you’re around this place.

Opened back in 1960, this bar in Bologna will make you fall in love with Italy. With eclectic music, mouth-watering pasta dishes, and an array of burgers and salad options on the menu, it makes for a perfect place if you are looking for cheap places to visit in Bologna at night. So, while you’re here, let the beer flow from the tap and food be served at your table.

If live music is what gets you high then the Bravo Caffe is the best place for you to witness and enjoy the Bologna nightlife. This place has music nights on most days of the week and is famous across the city for making hand rolled pasta. Also, its extensive collection of wine is sure to sweep you off your feet and leave your taste buds craving for more.

Located in the heart of the University Zone, this is one of the oldest and the best night clubs in Bologna, Italy. Some of the most famous artists have played here like Jimi Hendrix, which adds to the popularity of the place. If you’re up for a clubbing experience, head down right here.

There are some places in Bologna that boast a unique Italian charm and this is one of them. With no mention of menu or prices, it’ll pamper you with surprises galore. Some of their talked about dishes are the lasagna and beef fillet. So, if you wish to do nothing but gloat on a gastronomical ride, stop be here with your loved ones in the evening.

Flaunting the most famous rooftop in Bologna, Hotel Touring is a place you cannot afford to skip when you’re out on the roads during the evening. The secluded locale adds to the quaint ambiance of the restaurant and the views of the city makes up for the unique experience. All you have to do is ask the management that you wish to dine at the top and you’d be right away comforted with absolutely privacy and bliss.

Situated in the heart of Bologna, this restaurant is a one of its kind eatery in the whole city. Offering a fine dining experience amidst a vibrant ambiance, Impero Caprarie needs to be on your list of experiencing the unique flavors of nightlife in Bologna. If you are wondering why, ask the locals or check out the reviews online, you won’t be surprised!

The nightlife in Bologna is surely one of the top reasons for why you must visit it on your next trip to Italy with TravelTriangle. Be it clubbing or dining at a rooftop, this city will let you experience it all just like the Italians do!

Q. What is Bologna known for?

A. Bologna is known as a food lovers paradise and is popular for its pasta dishes, meats, cheeses, and wines. This beautiful city of Italy is also loved for its beautiful architecture and amazing coastline.

Q. When is the best time to visit Bologna?

A.  The months between March to October is considered the best time to visit Bologna. However, the month of July and August should be avoided if you are not very good at handling the summer heat.

Q. What is there to do in Bologna?

A. Here are a few unique things to do in Bologna for a wonderful experience of the city:
1. Climb the Leaning Tower Of Bologna
2. Visit Santuario di Madonna di San Luca
3. Explore The Famous Central Square at Piazza Maggiore
4. Have The Traditional Italian Experience at Aperitivo
5. Visit the Bologna Archaeological Museum

Q. Where in Bologna has the best nightlife?

A. Nightlife in Bologna is vibrant and lively, but often underground as most of the nightclubs and bars are established underground. Le Serre dei Giardini Margherita, Cafe delle Drapperie, Celtic Druid, and Tre Santi are some of the must-visit places for amazing nightlife.

Q. Is Bologna safe at night?

A. The city of Bologna is mostly safe even at night but it’s always wise to practice a little caution while traveling in a foreign land.