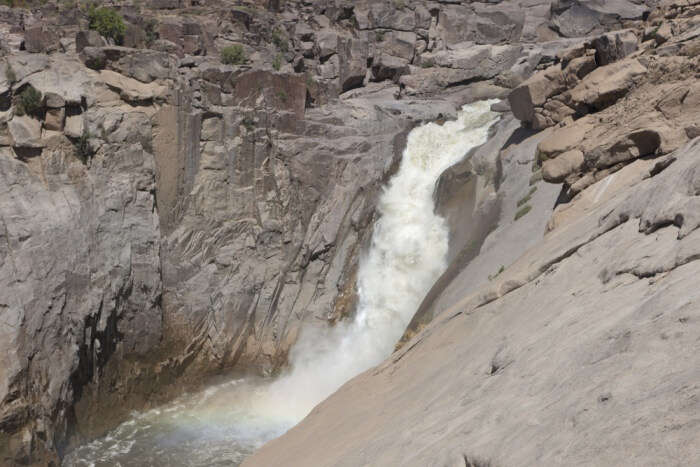 Steeped in semi-desert and stark beauty, Kimberly is a heavenly place to find solitude and peace in the land of bold hues and big skies. Once famous as diamond capital of the world, Kimberly serves up striking vistas. So, borne out of the diamond rush, this place is rich in history, including the popular Big Hole. From historic museums and memorials to National Parks and wild forests, there are numerous places to visit in Kimberly that offer you a perfect escape into the silent wilds and soulful attractions in the city.

Top 11 Places To Visit In Kimberley

Added to that, the additional family attractions along with several leisure spots makes Kimberley one of the more idealistic places to experience nature at its best as you make the most out your vacation. 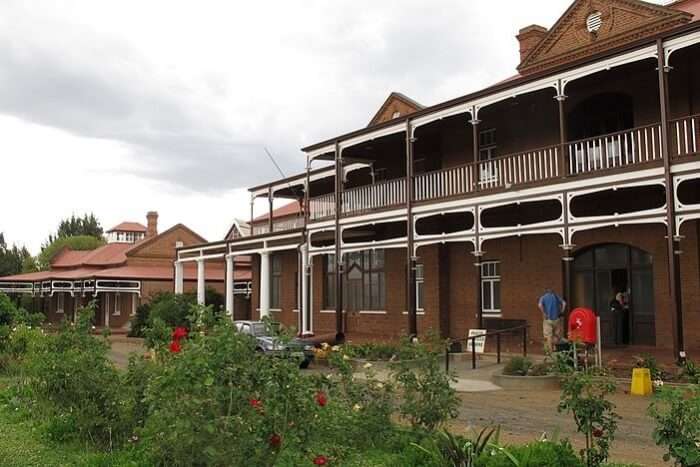 Sol Plaatje Museum is indeed one of the best tourist attractions in Kimberley. The museum used to be the home of Solomon Tshekisho Plaatje – a former secretary general of national Congress who stood as a symbol of fairness as he spent most of his life rebelling for equal rights among black people. The Sol Plaatje Museum is a history buff’s safe haven as it is sprinkled with the rich history of Kimberley. Along with being an intricately designed exhibition for history, it also a reader’s paradise since the museum is also home to an wide collection of educational books which includes Mhudi – the first English novel to be written by a black South African. The significance of Mhudi as a literary art alone is enough to make the place a must visit. 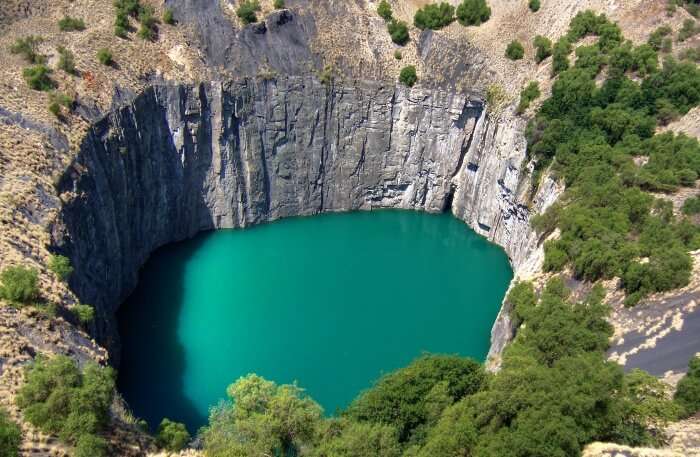 The Big Hole, commonly referred to as the Kimberley mine by the locals, is one of the deepest holes excavated by hand. Ever since the mining operations ceased in 1914, the Big Hole has become one of the more popular tourist attractions in Kimberley. The fact that this attraction is entirely made by humankind fills the visiting tourists with pride in their race which makes Kimberley’s open mine even more exquisite than it already is. As the deep void is patched with the water beneath the land, the Big Hole is usually covered with vibrant shades of blue, making it one of the marvels forged through the combined efforts of mankind and nature. 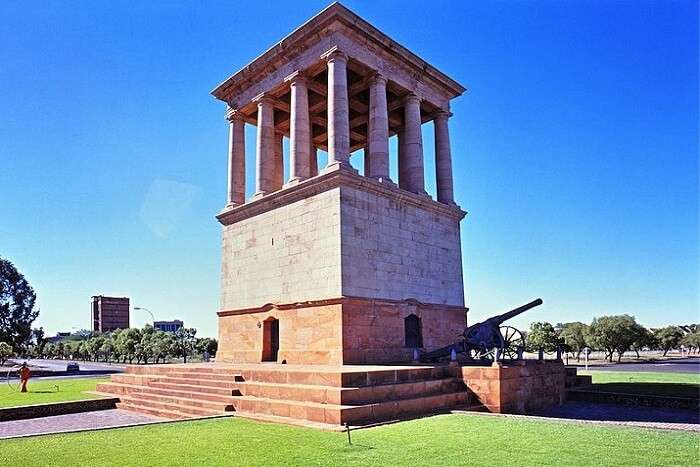 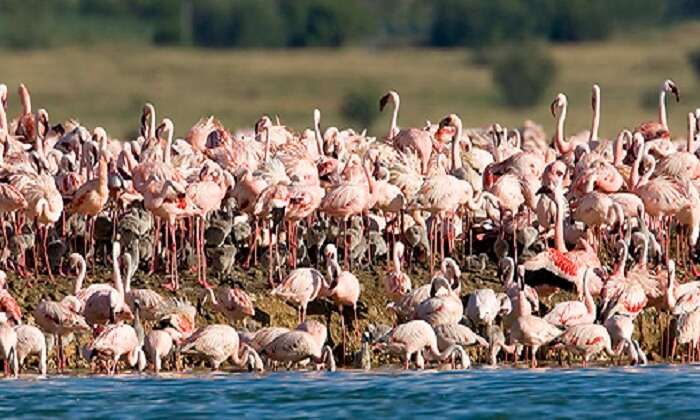 Situated on the peripheries of Kimberley, the Kamfers Dam is a breeding site for Lesser Flamingos. It stands to justify the withholding title of South Africa as the place where Noah left his Ark as Kamfers Dam is a breeding ground for innumerable flamingos. If one wants to appease their inner animal enthusiast by witnessing the exotic birdkind of flamingos going about their daily routine then Kamfer’s Dam is the more idealistic places to be in Kimberley. As an icing on a rather delicious cake, visitors can visit the dam for no charge. 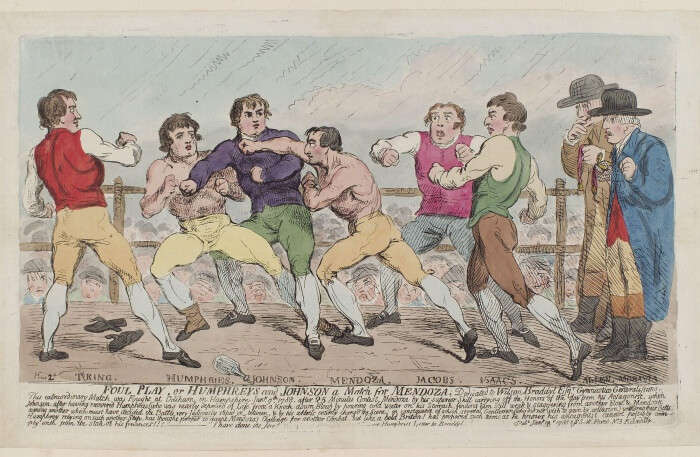 Kimberley is a place that has something for everyone. If you’re a budding art connoisseur then William Humphreys Art Gallery is an attraction that should be dominating your list of places to visit in Kimberley. Situated in Kimberley’s Civic Centre, the William Humphreys Art Gallery houses one of the largest art collections in South Africa. The title of the ‘Best Art Museums in Kimberley’ is further justified by the gallery’s collection consisting of South African works of art, antique furniture, British and French paintings along with sixteenth and seventeenth century Old Masters. Additionally, it also serves as a hub for traditional and educational activities namely concerts, guest lectures art workshops and temporary exhibitions which makes the William Humphrey Art Gallery not a spot for people who appease themselves through art but also for the general tourists. 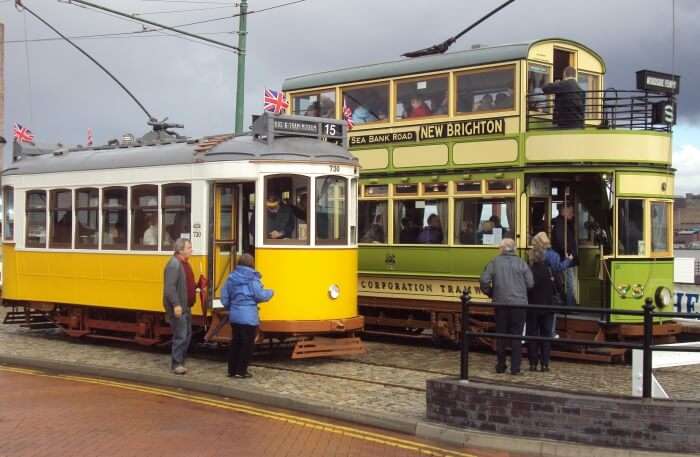 The Vintage Tram in Kimberley is the perfect spot to experience the beauty of the city along with its significance in the history of humankind. The tram’s vintage wooden seats give a certain historical vibe to tourists along with offering a thrilling twenty-minute ride to adventurous visitors. The journey commences at a museum of Kimberley, then takes the visitors to a mining shaft that witnessed the inception of the gold rush and ends around the Big Hole. As it takes visiting tourists to an interactive adventure around the city, the Vintage Tram is undeniably one of the best attractions in Kimberley. Spanning over 75 mi2 of an area, the Mokala National Park is the best place to experience scenic routes brimming with exquisite fauna and flora. Mokala National Park gives you the opportunity to witness the wonders of creations within the varying species of animals and birds that you can find within the park. You can opt for a cabin if you wish to spend the night with the scenic sights that the park offers or you can savour the thrill of an open drive through the park to introduce yourself to the local fauna. The place is as informative as it is beautiful. You can enlighten yourself with the knowledge about the local wildlife in the museums within the park sporting diorama displays that details information about several animals. Benfontein Nature Reserve is the only place in South Africa where you can see the black-footed cat. The black-footed cat is also known as Felis Nigripes and has been at risk of danger since 2002. Moreover, the cat only reveals itself after sunset. Besides the black-footed cat, Benfontein Nature Reserve is the world’s foremost research facility on Maanhar Jackal. The work of scientists at Benfontein and a nearby nature reserve has made the display of these animals possible for the visitors. At night, you can expect to see nocturnal animals like black-backed, jackal, bat-eared fox, porcupine, aardvark, caracal along with many more. The reserve offers the sight of plenty of birds like larks, pipets, sociable weavers et cetera. Furthermore, animals like rhino, buffalo, sable, black wildebeest, roan et cetera can easily be seen during daylight hours. 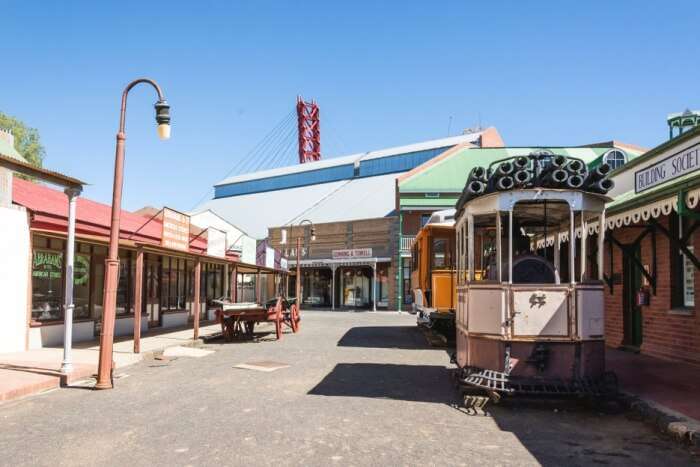 Located in Kimberley’s Railway Station, the Transport Museum displays a precise record of the history of the development of various forms of transports including railways, as it was required during the time. This museum notably appreciates the black workers who contributed to its formation and went through a lot of hardships just to survive. The Transport museum showcases the cabin of a steam locomotive, model trains, a cycle that was used during the Anglo-Boer War and much more. The museum gives a historical account of modern South Africa and is a perfect place for families to visit. McGregor Museum is one of the few places where you can not only find the history of Kimberley as a city but also the beauty of South Africa as a country underneath a single roof. Sprinkled with dioramas and various vintage artefacts, the McGregor Museum happens to be the go-to spot if tourists wish to catch up on Kimberley’s history as a mining ground and a place where equality began its unstoppable stride. Intricately designed exhibits within the museum are informative as they are appealing to look at. Adding to the structural appeal, the McGregor Museum is built with a vintage theme in mind as it houses various historical furniture, each with its own historical significance. 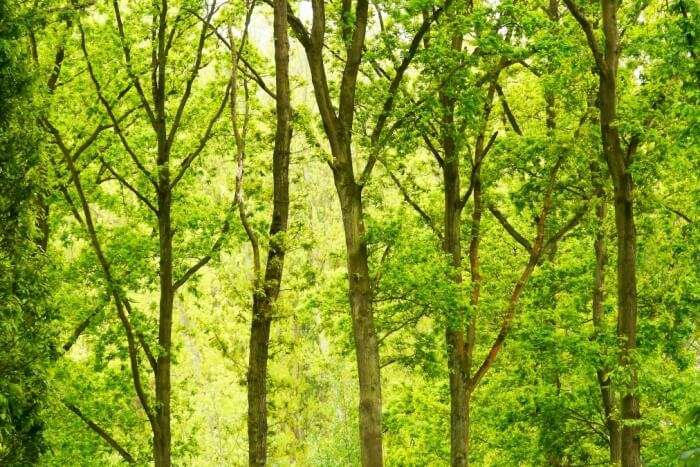 Are you excited to visit all of these places in Kimberley? Each tourist spot offers its own unique and interesting experience. So, what are waiting for? Plan a trip to South Africa right away and head to the awesome destination called Kimberley.

Frequently Asked Questions About Places To Visit In Kimberley

What is there to do in Kimberley over the weekend?

What a tourist can expect to experience at that attraction in Kimberly?

Anglo-Boer War historians, don’t miss a visit to the Magersfontein battlefield and museum, only a short drive out of Kimberley.

What is Kimberley famous for?

Kimberley is a prospecting city famous for its quality diamonds, the largest man-made excavation in the world and impressive variety of tourists attractions.

How deep is the Kimberley Hole?

The Big Hole is a massive man-made excavation, 214 meters deep with a surface area of 17 hectares and a perimeter of 1.6 km.

Can you swim in the Kimberley Big Hole?

You can’t swim in it or even get to the edge. They’ve built a museum at the entrance.

What caused the Big Hole in Kimberley?

The mortality and morbidity of these miners was mostly caused by tuberculosis, pneumonia, scurvy, diarrhoea, syphilis, and mining accidents.

What is the Big Hole in Kimberley?

Kimberly is one of the most unique and authentic historical destinations in South Africa, because of the Kimberley diamond mine.