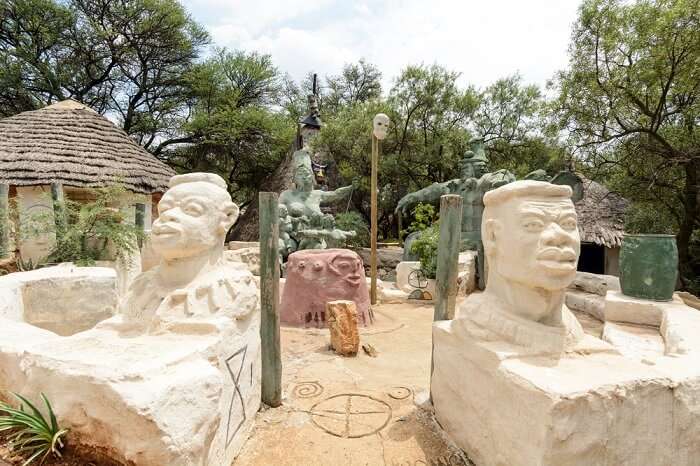 Soweto is a city located in Gauteng, which is one of the nine provinces in South Africa. It is basically an urban settlement in the Johannesburg metropolitan municipality. Soweto was created in the early 1930s and today is home to approximately 1.6 million people who are currently residents of that place. Like many other places, Soweto too has a beauty of its own. Listed below are the places to visit in Soweto in which lies the vibe of this city which reflects their respect for the freedom fighters from the past that had fought for the people of this land. And their rich cultural heritage is something which they are very much proud of. The people of this city enjoy their deliverance and take immense pride in their culture. At the same time, they are also welcoming, friendly and warm-hearted.

11 Best Places To Visit In Soweto

Soweto has something to offer to all. It has museums which acquaint travelers with some of the great men from the past, to phenomenal Catholic churches. From local markets to cultural villages, from nature reserves to the lush green farms, from bike tours to the nightlife which brings out hidden glory of this town, this city has it all.

This place is also known as the Mandela house. It is the same place where Mr. Mandela lived from 1946 to 1962. This house was donated to a trust named “Soweto Heritage trust” which was owned by the man himself. He donated this house so that it could be converted into a museum. This museum gives people strong vibes of those days when freedom struggles were going on. There are still bullet marks on the walls of this single storey house built in 1945. It also lets people dive into the lives of Nelson Mandela and his family. His lifestyle is reflected through the portraits and family pictures hung on the walls of this place. There are memorabilia and the honorary doctorates that Mr. Mandela received from all over the world during the time of his life.

This is a museum based on the concept of the outdoor exhibition. It is solely dedicated to the lifelike artistic works of a person who was an artist and a traditional healer. His name was Credo Mutwa. And to praise his works cultural villages were dedicated to him. For people looking for an authentic experience of African folklore, this place is a must visit. The Mutwa garden has a variety of flora and fauna with medical herbs which are used to make several medicines. A visit to this place is more like a journey through the lives of the ancient people of South Africa. Despite being so culturally rich and highly maintained, there are no entry fees. Also, this place is open from 6 am to 6 pm.

This natural reserve is located 11 km to the south of Johannesburg. It is spread over an area of 640 hectares. This place is home to several species of birds, animals, mammals, and flora. This place was created in the year 1984. It has almost 650 to 750 species of plants and almost 215 species of birds. There are large mammals such as Black Wildebeest, Blesbok, zebra, and small mammals. There are species of snakes, terrapins, skinks, geckos. This reserve is also a shelter to insects like butterflies and spiders. There are 340 species of wildflowers and 70 different kinds of grass. Thus this reserve includes a diversity of flora and fauna. It also has some adventurous activities like trails, hikes, and visit to some archeological sites.

This is an amusement park. The theme of this park is based on Gold Rush. This park reflects the period of the 1880s when the gold was discovered in this place. The park literally screams the history of the 19th century from its magnificent archaic aura. The theme is designed in such a way that once a person enters, they feel like they have time traveled to the time of the 1880s. The whole museum is dedicated to gold mining. One gets to experience how real gold was poured into barrels from gold-containing ore veins. The architecture of the building mimics those of the 1880s and the staff members also dressed in the costumes which reflects that period. Other than that this place has roller coaster rides and water rides as well. With that, it also as the famous gold reef casinos for all the gambling lovers out there. It’s a fun place to visit with super awesome rides and adventure.

This museum was first established in November 2001. This museum tells about the lives of people during the 20th century. It depicts the apartheid of that era. It is a part of the gold reef city complex. It lets the visitors experience what the people of that time had to go through when racial discrimination was on its peak. It tells the tale of racial segregation.

This is a natural reserve spread over an area of 128 hectares. This place is in the middle of the suburbs and has several adventurous activities in store for the people. It has former gold mines and organizes concerts every now and then. It has one of the best hiking spots. And for people who love to walk it also has several trails, the longest being 3.5 km long. The entrance is free and parking is available inside the reserve. The park opens at 6 am.

This place has an open-air museum. There is a conical brick tower at the center of the square. This tower is engraved with the full principals of the characters in bronze. This place has been declared as a national heritage site. This place is famous because, on 26 June 1955, the Congress of people met here and drew up the freedom charter.

The Hector Pieterson Museum is located in Orlando, Soweto, South Africa. It was opened on 16 June 2002 in the honor of a person named Hector Pieterson who died along with other school students during the Soweto uprising. Their names are written on the inside walls and there are pieces of the slates representing those students. The olive trees planted on the walkway towards the entrance is a symbolic representation of peace. It is one of the first museums to be opened in this place. The museum was unveiled by Mr. Nelson Mandela. This museum has video footages and pictures of the disastrous event which happened on that day.

Image Source
Located in the urban settlement of Soweto and in the suburbs of Moroka, this Catholic Church represents the rich cultural heritage and religion of this place. It was officially opened on 24 July 1962. It’s a huge church with a sitting arrangement of 2000 people has standing room for nearly 5000 people. It is said that this church played a major role in the freedom struggles and is a favorite tourist spot in today’s date.

This museum is located in an old hardware store. The museum depicts the story of the freedom charter and the historic congress of the people. One can find several photographs and video clippings which give a vivid idea of the difficult situations that the people of this place had to go through during the 1950s. It reflects the freedom struggles of the people of this place. There are also narrations and songs being played in the background which lets people dive in the aura of that place. There are portrays of people like professor ZK Matthews who were involved in creating the history that we learn about in today’s date.

It is basically a science museum with several interactive session based on science topics. This is the perfect place to visit for all science enthusiasts. There is something to learn for all age group. This museum demonstrates different scientific theory through various exhibits, for example, the dawn of art. These exhibits are based on rocks for and are a must watch all the rock lovers out there.

A place that has so much of history from the time of its formation, so many stories to tell, and so many ancient art forms to showcase, how can one simply not get lost in such rich cultural vibes? Places to visit in Soweto won’t leave you disappointed! So, book your trip to South Africa and have a great time exploring these places.

Frequently Asked Questions About Places To Visit In Soweto

Is Soweto safe to visit?

Contrary to the common notion, Soweto is quite safe for tourists to visit. However, one must take caution driving alone at night traveling the city by yourself.

What is Soweto known for?

Soweto is a township in the southwest of Johannesburg in South Africa. The place holds an important place in the Aparthide history of the country.

What does the word Soweto stand for?

The name Soweto is an abbreviation of South West Township.

How far is Soweto from Pretoria?

Soweto is 84 km away from Pretoria. It will take around one and a half hour to travel betweet the places.