10 Marvelous Rock Formations In The World Which Will Leave You Mesmerized! 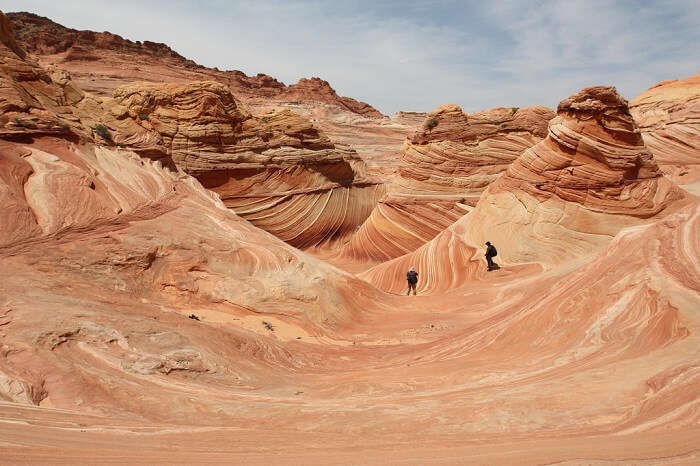 Over the centuries, we have been seeing new and different phenomenon or creations on this planet. One such creation is the forming of rocks. Rock formation usually happen due to weather changes, water current, earthquakes, etc. These formations are quite scenic and attract a lot of people for various purposes like hikes, treks, photography, picnics, and more.

These rock formations are usually found in hilly areas, beaches, deserts, islands, plateaus, and sometimes in the middle of the ocean. There are also large landscapes that are home to just hundreds of such rock formations. The recent trend of exploring and travelling has increased the hype of these places. You can very easily find guided tours to any of these rock formations.

10 Marvelous Rock Formations In The World

Keeping in mind the different reasons for the rock formation, there are several types of rock formations in the world. If you’re new to this exploring, then keep this guide which will lead you to the most famous, natural or the closest rock formations which keen traveler must know about. 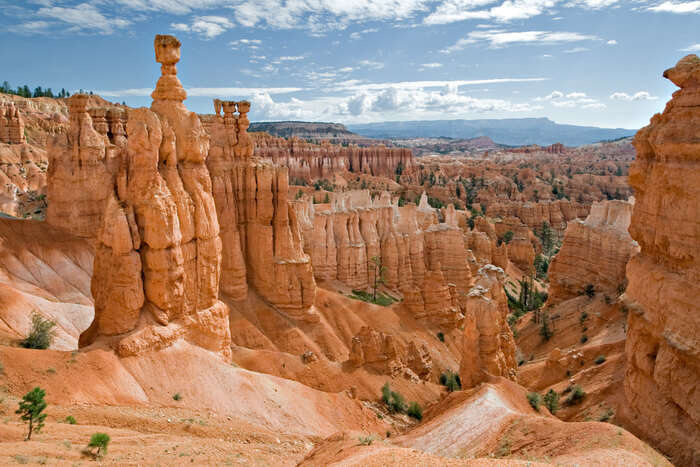 One of the top 10 rock formations in the world are Hoodoos. Hoodoos attract thousands of tourists owing to its unique shapes and sizes. The dry, desert area in North Mexico is home to some very interesting rock formations in the whole world. The rocks are made of sandstone and have been eroded over the years to form such shapes. In Hoodoos, you can spot rock formations as small as 5 feet and as large as 100 feet. You can very clearly spot all the different layers which are exposed due to the process of erosion. The area has also been declared as protected area due to the number of fossils which have been found there.

Must Read: 9 Best Places To Visit In Mexico In 2022 For A Soul-Satisfying Holiday !

If you are looking for unique natural rock formations in the world, Giant’s Causeway would top the list. Listed as UNESCO Heritage Site, the rock formation along the shoreline has been a point of interest for decades now. Nearly 40,000 columns are a part of this rock formation which is a result of volcanic eruptions. The columns are a result of collection and cooling of the lava. The inter-locked rocks have formed in such a manner that it looks man made. 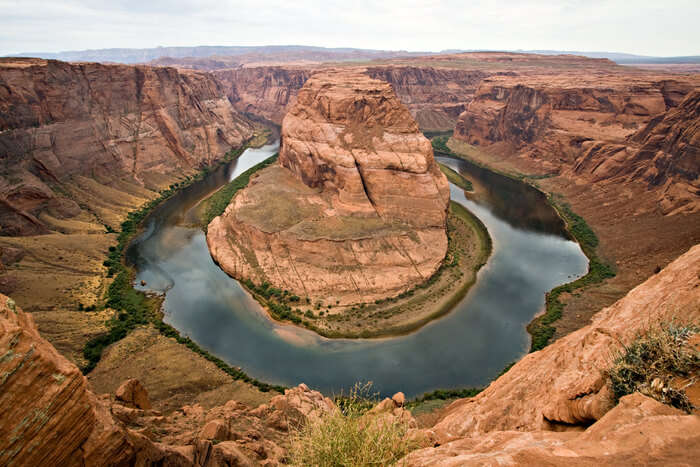 United States of America is home to the best cities, beaches, malls, and rock formations. The desert area in Arizona is one of the several places where you can find one of the best natural rock formations in the world. Located very close to the Page town, Horseshoe Bend is a must visit. The rocks are in the middle of deep gorge coming from Colorado River, giving it the shape of a horseshoe. The site is quite famous for rafting as it allows the tourists to have a complete view of the place. Depending on the time you visit Horseshoe Bend, you will see it in a different light. The shades of the sky and the stone keep changing throughout the day. 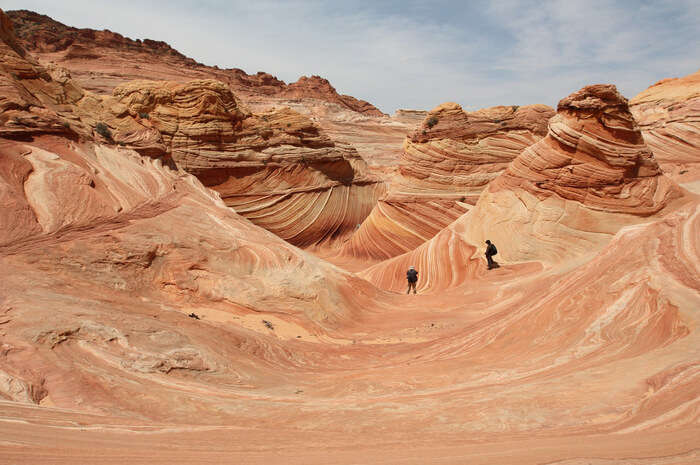 Another one of the wonders in Arizona is Wave Rock. The rock is one of the most famous rock formations in the world. It is known widely to have a very magnificent yet confusing view. The place is open to just 20 tourists per day and is a great spot for hiking. Each step and angle has a different view of the whole place. The rocks have various waves like patterns on them due to years of erosion and exposure to sun. You can get some great photographs clicked at this site. 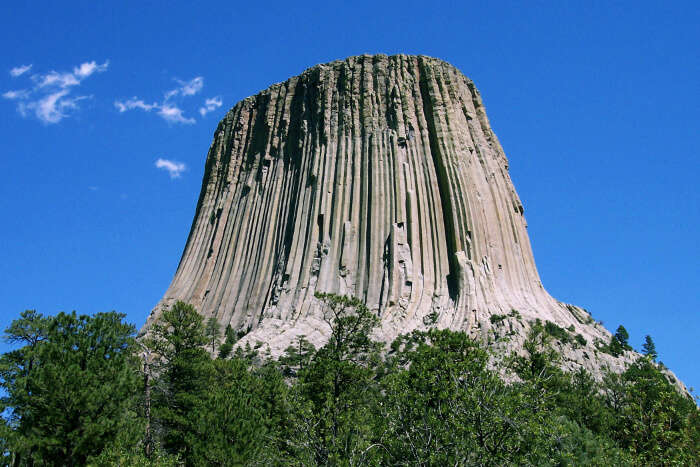 Devil’s Tower is a famous rock landmark in USA and is highly celebrated. The rock formation was the first to receive the status of a national monument. The rock is famous for its unique features and its high place in local traditions. The high tower of multiple scaling rocks is a big feature in USA. The local tribes of Lakota and other places worship the rock as sacred. The phenomenon behind the formation of this rock is unclear till date. Most scientists think that the rock has been formed by cooling of lava and exposure to the atmosphere. 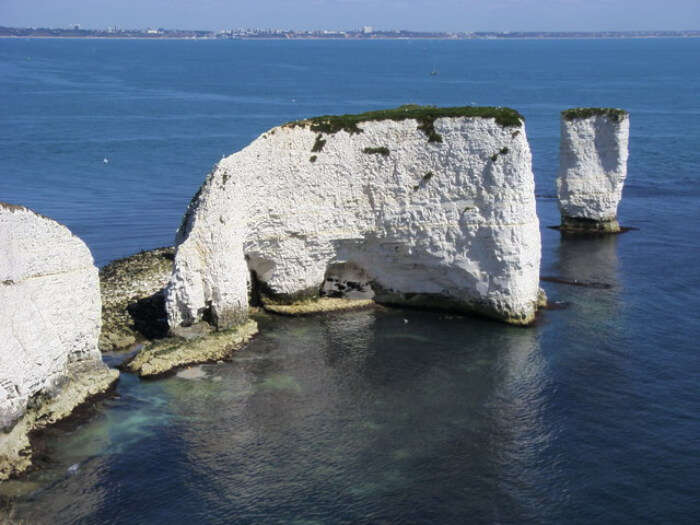 These rocks are almost 60 million years old belonging to the Cretaceous Age. Over the years, the Old Harry Rocks have lost a major part to erosion. The little stump visible only during low tides was known as “the wife”. The two major standing, white rocks are now a UNESCO Heritage Site. The rock formations are made of chalk and keep changing their shape each year. The continuous waves keep eroding the rocks. If you are visiting Bournemouth or Poole, you must visit Old Harry Rocks. It is the perfect place for scenic, tourist-y pictures! 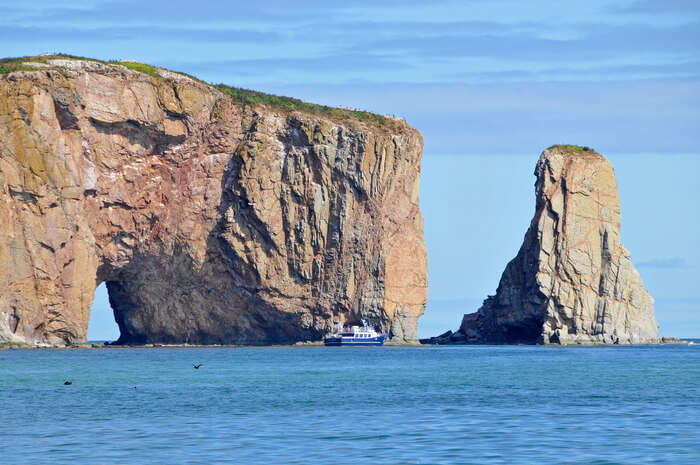 Formed of Limestone and Shale, the reddish coloured rock is a major tourist attraction in Quebec. The stone is one of the famous metamorphic rock formations and weighs 5 million tonnes. Located in the middle of the sea, the 400 million years old rock formation looks splendid till date. The rock looks like a lobster claw. You can reach the rock by a ferry but it is only for sightseeing.

Suggested Read: 13 Things To Do In Niagara Falls, Canada: An Experience Below A Majestic Waterfall 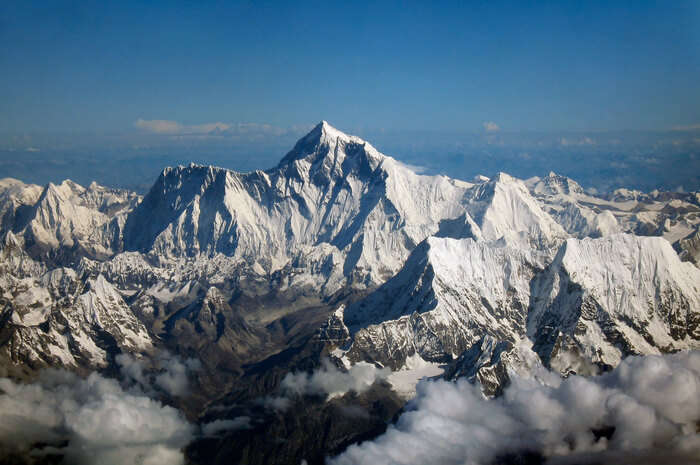 Standing tall at the height of 8,850 meters, Mount Everest is the highest mountain peak in the whole world. The mountain evolved about 400 million ago and is one of the most famous sedimentary rock formations. Mount Everest pans over 5 countries – India, Nepal, Pakistan, Bhutan, and China. It is a sedimentary rock formation composed of limestone, pelite, shale, and marble. The mountain also has a deposit of several marine fossils. Every year Mount Everest receives thousands of tourists for hikes and treks. If you are someone who loves adventure, you must plan a trip to Mount Everest. 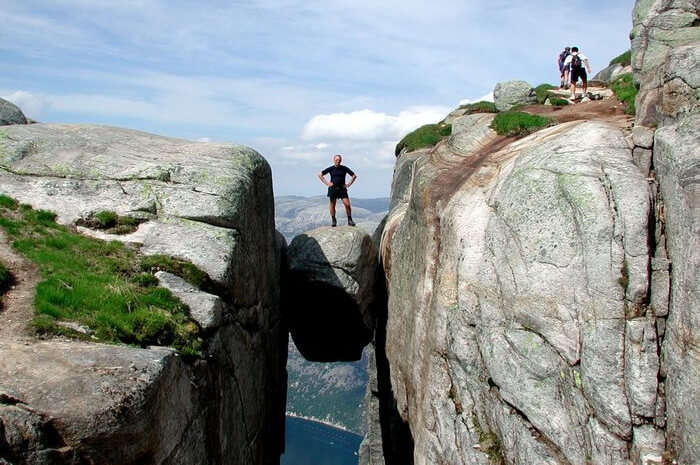 Located in the crevasses of the Kjerag Mountain, this is the most thrilling rock formation in the world. For decades, a rock has been stuck between the crevasses and has become a famous tourist site. Even though the cliff is 1,000 meters high, tourists love to stand on the rock and get photos clicked. It is easy access and quite daring! 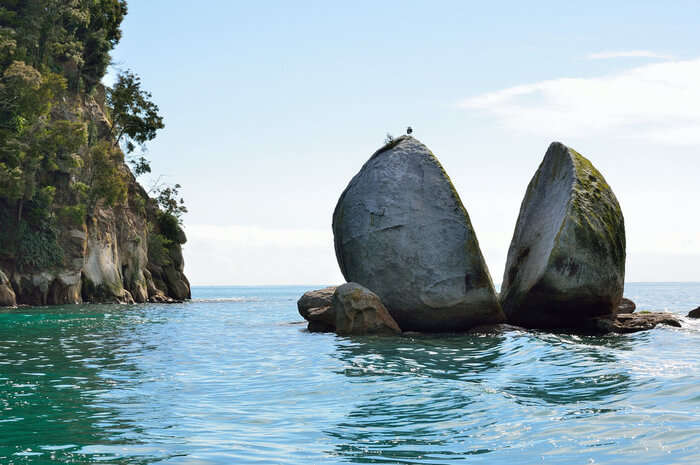 Split Apple Rock has been in existence since the Ice Age. The round shaped rock has a sharp split in the middle. Although the split has been caused due to expansion and contraction in water, it looks quite scenic. According to the local legend, the crack in the rock was formed due to a fight between Zeus and Poseidon. If you are in New Zealand, you must plan a trip to the rock during high tides.

These are some of the rock formations in the world that are worth a mention. If you are planning a trip anytime soon to one of these places, plan your holiday with Travel Triangle and travel tension free!