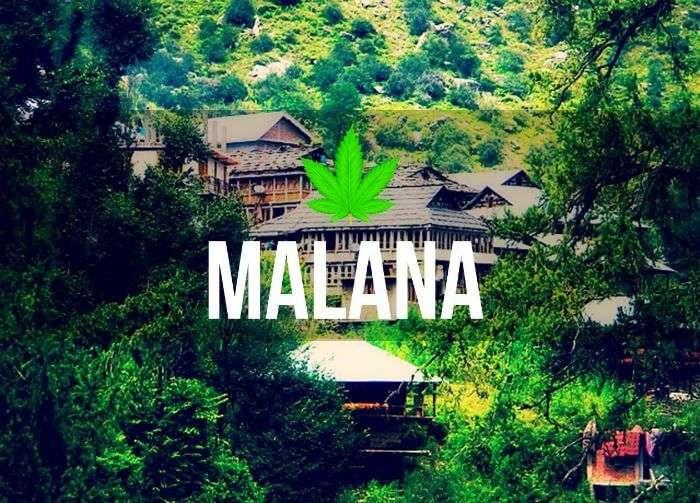 As the first rays of sunlight broke over the snow-capped peaks and reached the interior of the Dragon guest house, a score of men began to stir. They had been smoking hashish and drinking whiskey all night long until the early morning hours. By the time it was noon, they lit up and began smoking again. They did not move from their places until sleep overtook them. And the cycle continued.

This is the vacation for many tourists in Malana, a tiny village amidst the lush green and shimmering snow-capped mountains of the Parvati valley, 9500 ft above sea level. Coveted as the city of the best hashish in the world, the villagers of this ancient city have been keeping several secrets to themselves. So let us, together, unravel the secrets of Malana.

The village of Malana holds some of the most interesting secrets. Read on to explore the fascinating stories & facts about the people in Malana. Not just the stories of people, the following secrets also reveal some intriguing lifestyles that the natives follow. Scroll down to know all about them as we have mustered the lesser-known secrets of Malana:

1. The Village That Grows The World’s Best Hashish

Let us start with the best-kept secrets of Malana. We know it’s more like an open secret and the village is actually famous for this very feature. The place grows the finest weed in India. Malana is famous for ‘Malana cream’, a strain of Cannabis hashish, which has high oil content and an intensely fragrant aroma. But did you know that the Malana cream is also the most expensive hashish on the Amsterdam menu?

Must Read: A First-Timer’s Guide To Kasol: Things To Explore, Eat And Experience In 2021

A very interestingly strange thing about this village is that one cannot touch them or their belongings without their permission. The people are friendly but outsiders are told to keep their distance and not touch anything in the village. The shopkeepers will ask you to keep the money on the counter and place the goods on the counter, without any physical contact. In case of any contact, they will rush for a bath. Isn’t it one of the most shocking secrets of Malana?

Suggested Read: 7 Most Beautiful Villages in India That You Must Visit Before You Die

The villagers are always willing to pose for a photograph but videography is strictly prohibited. Probably enjoy the secrecy about themselves, their culture, lifestyle and their village. But they also enjoy sending out “teasers” to the world outside through photographs.

Suggested Read: 12 Resorts In Kasol That Are Splendid Retreats In This Hill Town

4. It’s A Greek Thing! The Descendants Of Alexander The Great

They consider themselves to be descendants of Alexander the Great and their local court system even today reflects the ancient Greek system. It is believed that some soldiers from the Alexander’s army took shelter here after getting wounded in a battle against the ruler of Punjab, Porus.

Suggested Read: 7 Best Places To Visit In Kullu That Add The Much Needed Charm To A Delightful Stay!

5. The Malana Superiors: Looking Down Upon The Rest

They consider themselves to be superior to the rest. That is why they refrain from physical contact. Their language, Kanashi, is considered sacred and outsiders from other villages are not allowed to use the same. Tourists are not allowed to enter the temples either, for they consider outsiders as untouchables. This could also be intended to maintain their the secrecy of their culture and traditions.

Suggested Read: 13 Amazing Tree Houses In India: A Treat For Your Younger Self In 2021!

6. Malana: The Village Of Taboos

In addition to the taboo on physical contact and use of Kanashi by an outsider, there are many other restrictions.

Suggested Read: Taking A Vacation At These 10 Places With Your Family Would Be Super Awkward

7. Men of Faith, Less of Reason: Resolving conflicts based on the death of lambs

As they consider themselves as the descendants of Alexander, some methods of law and order that they still practice can be traced back those days. The judiciary in Malana is different from that in the rest of India in many ways. They believe in a godly approach over the rational one. In a difficult decision to solve a conflict, they make a deep cut in the foreleg of a lamb each of the two parties, poison it, and then sew it back with needle. The person whose lamb dies first is said to lose the case.

8. Similarity In Architecture Of Houses

Houses in Malana are two or three storied and each storey has a specific name and purpose. The ground floor is called Khudang, which acts as a cattle shed and where the firewood and fodder for the sheep and goats are stored. The first floor called Gaying is used to store eatables, wool and for weaving woolen fabric. The top floor with an overhanging balcony is called Pati – it is the actual living quarter. The houses are built of alternate bands of stove and limber. The inner walls are plastered with mud. The outer side is entirely made up of wood and acts as a verandah.

Suggested Read: 10 Fun Places To Go With Friends During Summer

PRIMARY EDUCATION: There is one Government primary school manned by one teacher, Roshan Lal, a resident of Kulu. There are 100 children on roll in this school.

MIDDLE SCHOOL: There is another middle school headed by Naresh Patiyal, the science teacher with Jagpal Shastri, the Sanskrit teacher and Jog Raj Rana, the history teacher. The middle school was established in 1996. Although there are four teachers the number of students is only 13. Up to the primary school midday meals are provided. Girl students are provided free books.

So far only two students in the village have managed to reach class 12! This is one of the saddest secrets of Malana so far!

Suggested Read: Travel Tips For Himachal Pradesh: 11 Things You Need To Know Before Visiting This Paradise!

Fagli: Harlala Mask Dance Festival, celebrated in the month of February, is an occasion when everybody takes a bath. A group of people wearing nothing but cannabis leaves and demon-like masks dance around the houses spreading cow dung, which provides insulation from the cold as well. Another interesting aspect of the festival is the procession for Emperor Akbar.

Shaun: To have a view of the celebrations, click here.

Are you intrigued by knowing these hidden secrets of Malana Shaun? So, why not enjoy this weekend in the valley and share your experiences of the Malana Shaun with us! Plan a trip to Himachal Pradesh and head to Malana to experience the mystery vibes of this wonderful destination in the hills.

How to reach Malana?

There are 3 mountain passes to reach the Malana Village. If you are in Himachal Pradesh, you can reach the village from Parvati Valley through Rashol and Chanderkhani Passes. But the best way to reach Malana is from Jari (23 Km), by hiring a taxi. There is a 4 km long easy trek which everyone has to take to reach Malana.

What is Malana famous for?

Malana is famous for ‘Malana Cream’ which is a product made from cannabis indica found in the Parvati Valley in Himachal.

Is Malana closed for tourists?

As of 2017, Malana has been officially closed for tourists. The government of Himachal also took strict steps to restrict the sale of cannabis in the area.

Can tourists stay in Malana?

Since the place doesn’t allow tourists within the village there are no accommodation options to stay in Malana. There are many places to stay around Malana but not in here, so keep that in mind.

What Kasol is famous for?

Kasol is a laid back and chill hill town close to Manali in Himachal Pradesh. It is also the gateway into Malana village. The place has a lot of cafes and amazing locations to go for trekking. It is often referred to as mini-Israel due to the large number of Israeli tourists settling for long durations in the hill town.

No Parties, No Goa: 10 Beach Experiences In India That Define Unconventionalism!

11 Luxurious Villas In Himachal Pradesh Which WIll Let You Enjoy Your 2021 Vacay!

8 Best Cottages And Homestays In Matheran For Those Who Love To Stay Like Locals!