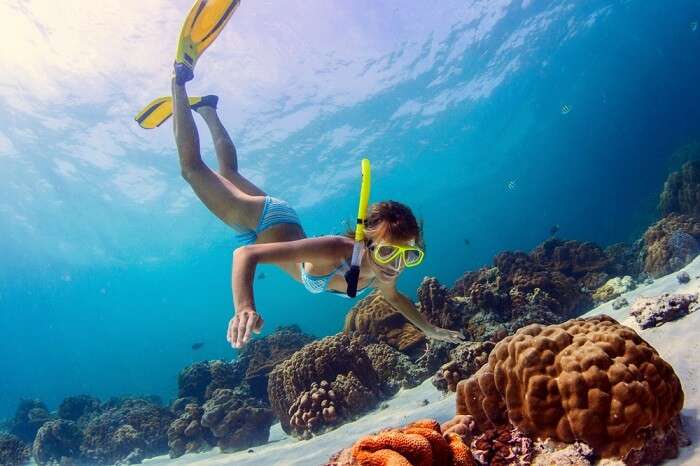 The Gulf of Naples is a popular area for water adventure activities like snorkeling and deep sea diving. Naples falls on the Campania Volcanic Arc, and there is continuous volcanic activity even today, including at the Mount Vesuvius! However, over time the volcanic activity has created earthquakes where large parts of the land have gone undersea. This made entire villas and buildings go underwater, making them great sites for snorkeling in Naples. The reefs have taken over these ancient buildings, and marine animals have found a home! A snorkeling trip in Naples is compulsory to see this beautiful and mesmerizing side of the region.

10 Popular Spots For Snorkeling In Naples

With each offering something unique under the surface, these sights famous for snorkeling in Naples will make you want to stay under the ocean forever! 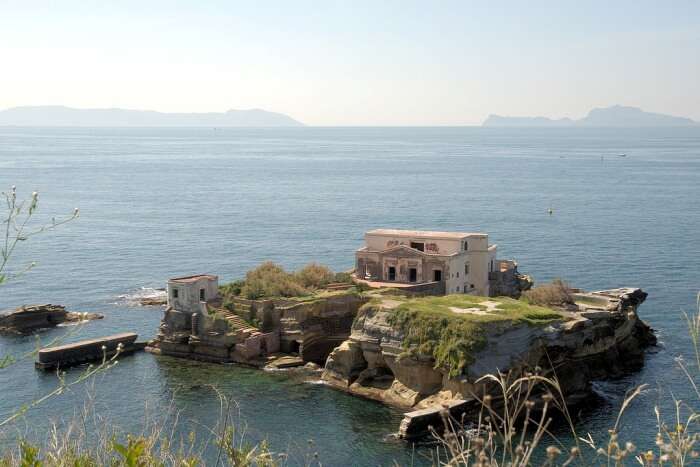 The Gaiola Park is the best place for snorkeling in Naples. It is a protected Marine Park and is just off the coast of Posillipo. During ancient times the area around this was still connected to mainland Naples and has construction dating back to Roman times. You can see the remains of a Roman villa with stone walls and pillars. The sunlight shines through the waters and promotes the growth of white fans, yellow fans, and other reef animals. It is one of the best Mediterranean underwater sceneries and is ideal both for snorkeling and diving. You can view this from the surface and even dive up to 21m for the seabed. 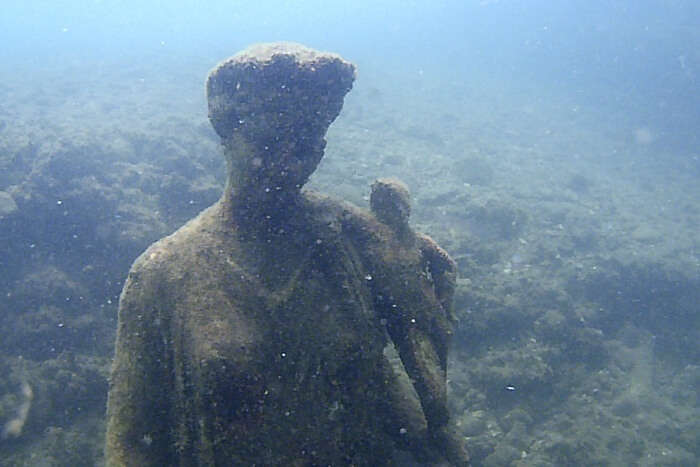 A nymphaeum is a traditional Greek or Roman monument to nymphs, who were mythical creatures. This snorkeling site near Baiae has the ruins of the sunken nymphaeum of Emperor Claudius. It’s a surreal experience to see the beautiful statues and the building with the apse intact! The waters near the Epitaffio Point where the ruins are found are clear and make it one of the most beautiful snorkeling in Naples Italy. You can find these at just 5m below the surface of the water. If you choose to go diving then you will find more wonders including a paved road and the remains of two other villas.

Location‎: Bacoli, northwest shore of the Gulf of Naples

Must Read: 15 Fascinating Things To Do In Naples – An Italian City That Lives Art 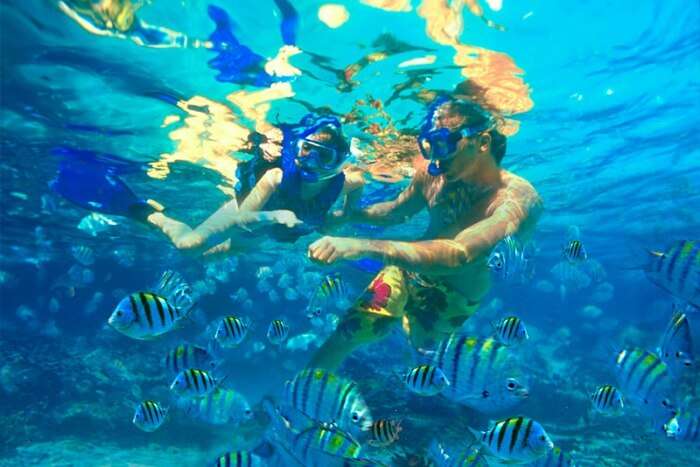 The Pisoninan Villas has seen treason and intrigue that was altogether common with the Roman Empire. The Piso family which owned the Pisonian Villa conspired against Emperor Nero, unfortunately for them, they were caught and imprisoned. The entire villa is underneath the ocean now and its walls and gardens have become fish breeding pools. The reef has taken over and you can see brilliant swarms of fish around the passages and walls of the villas. It offers one of the best snorkeling in Naples Italy in the Baiae region near Naples. You can go down to about 5m and you will enjoy great views during the summer.

Suggested Read: 10 Amazing Places To Visit In Naples That Will Definitely Spellbind You 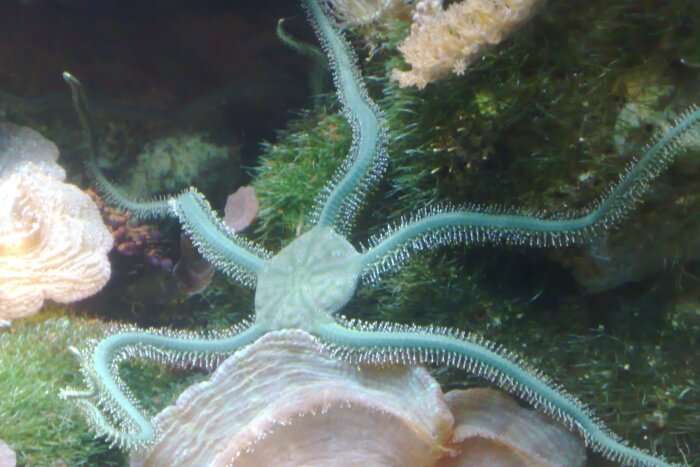 The Smokey Reef refers to the fumaroles in this region. Fumaroles are opening on the sea beds where gas bubbles escape from volcanic chambers below. These fumaroles deposit sulfur around them and when the volcanic activity is high you can even see the gas escape! However, this does not make the reef uninhabitable, in fact, it does just the opposite! It offers one of the best reef snorkeling in Naples as the minerals and nutrients in the area make it conducive to fish shoals. There are also ancient pillars which were known to protect Portus Julius, today these pillars are where the fish play hide and seek!

Suggested Read: 8 Naples Water Parks That Will Splash Fun On Your Vacation In Italy

5. Villa by the Aragonese Castle 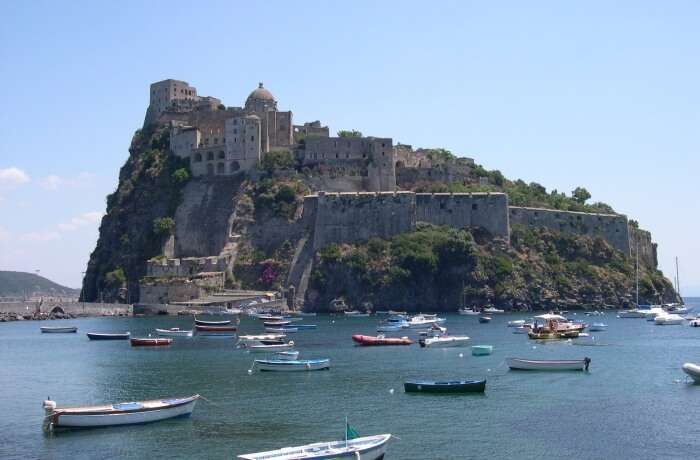 In a scene that reminds one of the lost city of Atlantis, the Villa by Aragonese Castle is a well-preserved building with arcades and passages. There is even a semi-circular colonnade that is protected by several pillars. You might just expect a mermaid to pop out of nowhere! You can see the layout of the villa while snorkeling, but the depth of the villa is about 7m from the surface and you can go diving to get the full experience. It is one of the best snorkeling in Naples to see the historical building of the Roman era. The area around this will be notified as a marine park in the future. 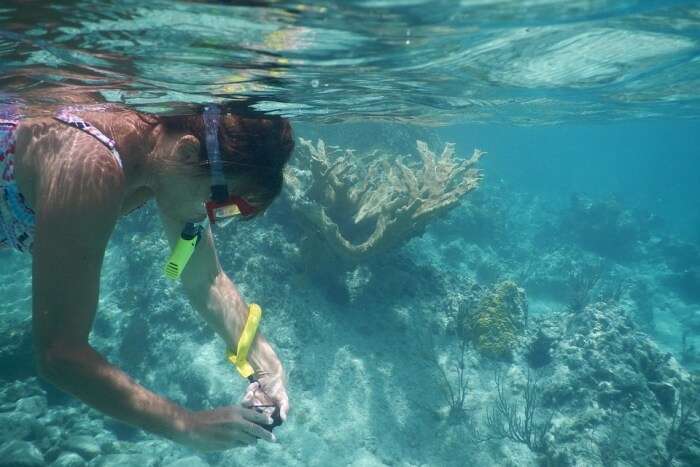 Nisida is one of the most easily accessible islands around Naples and one can even walk across to the island. The area around the island is biologically diverse and you can see the best example of Mediterranean marine ecosystem near the island. It is the best place for snorkeling in Naples as you don’t have to travel too far by boat to the reef. You can just get to a good spot within ten minutes of rowing. Even here you can find walls and canyons which provide protection to colorful sea fans, crayfish, lairfish, groupers, sea bream, and during the migration season you can even see shoals of dentex and rudderfish. This is one of the topmost places for experiencing snorkeling in Naples.

Suggested Read: 8 Cafes In Naples Where You Can Enjoy A Cup Of Authentic Italian Coffee 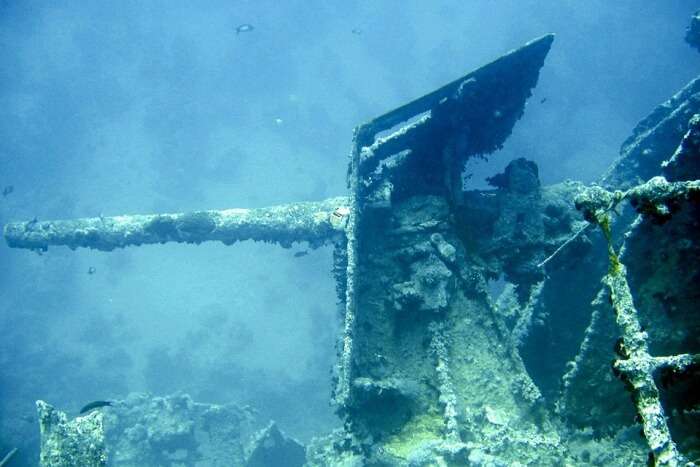 Another awesome spot where you can enjoy snorkeling in Naples is Ashanti Palm Wreck. The shipwrecks are some of the most interesting sites for snorkeling and diving in all of Italy. The ship hold gives the marine creatures a safe place to hide and breed. This snorkeling site in Naples is off the ship Ashanti Palm that wrecked near Naples in 1962. On 18th November 1962, the ship struck bad weather near the Naples Harbor and was going from Genoa to Port Harcourt. Today, you can watch interesting sea creatures like seaworms, lobsters, lairfish and other fish near the shipwreck. You can also swim around the cargo hold, however, you need to be careful as the rusting parts of the ship can be dangerous! 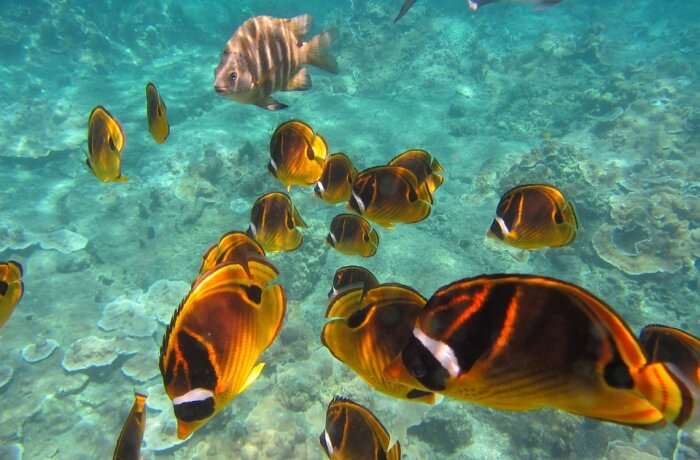 If you are on the island of Procida you can head to the Solchairo Point for snorkeling. It is one of the best spots for snorkeling in Naples and offers the most colorful underwater scenery. You can see bright sea fans in colors like yellow, white and red, plus various species of lair fish. The seabed reaches a depth of 40m in some places and you can also dive in this area. If you are a snorkeling beginner, then you can swim just around the island borders where the seabed gradually dips to the seabed. The scenery varies with the sun during the day, and you will find the best views during the afternoons.

Suggested Read: 10 Amazing Places For Shopping In Naples That You Mustn’t Miss Out On 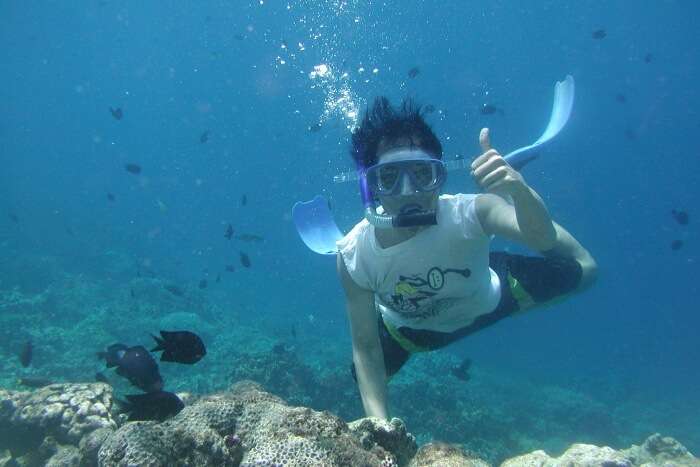 Miseno is a town at one end of the Gulf of Naples and it is also the site of an ancient port during the times of Greeks. Today, the area around Miseno is vibrant and known as the Miseno Reef. While many parts of the reef can be accessed only by diving, as the seabed goes down to almost 40m, other parts can be skimmed through by snorkeling. You will see sea fans, sponges, and even large shoals of migratory fish. You can spend up to an hour or more just going through the area in search of the best views. 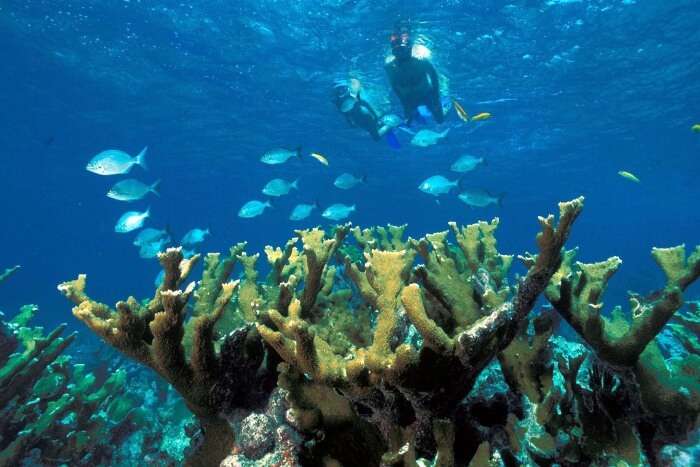 Vivara is one of the well-known islands that houses the best beach in Naples for snorkeling. The small volcanic islet is preserved as a nature park and even the focal point of studies by various environmental researchers. The ecological diversity also extends to its waters, and it is one of the best spots for snorkeling in Naples. You can find animals like octopus, damselfish, sea bream and morays in the waters near Vivara. The island is connected to the larger island of Procida however you cannot visit it. You will have to take a boat and visit the waters nearby. You can go to the depths of 12m to the seabed if you wish to indulge in deep sea diving.

Are you wondering how to have a perfect snorkeling experience? Get the best while enjoying the sport with top safety tips. Snorkeling is a sport that involves multiple things to be remembered while heading for the adventure part. It is extremely important to know and learn the basics. Some common things that snorkelers face issues with are improper equipment, exhaustion and injury.  For the sake of safety and precautions, here are a few tips for snorkeling:

The average cost of a snorkeling trip should be around INR 3,000. This includes the cost of the equipment, boat, and guidance. Centro Sub CampiFlegrei is a well-known company in Naples that offers snorkeling and diving tours in the Gulf of Naples. You can expect to find a lot of attractive deals while you are at the location. Also, you can engage yourself in a variety of snorkeling tours including a private experience. 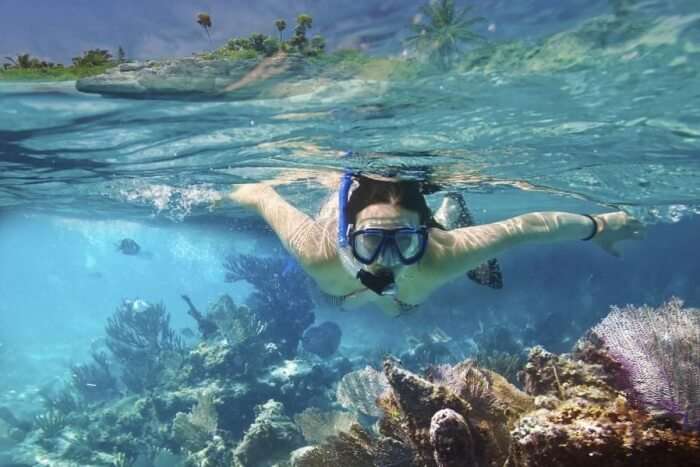 The best time for snorkeling in the city of Naples is during the summer season from April to August. The main reason for this is that sunlight affects the clarity of the water and how the marine flora and fauna react to the sun. During low tide, with the sun shining, the reefs look more colorful and offer great views. During the rain, the sea gets rough, and it is difficult to spot anything below the surface of the sea. Another reason is the pleasant sea temperatures, during the summer the water temperature is ideal, so you don’t freeze during snorkeling!

Further Read: These Astounding Places Near Naples Will Make You Extend Your Holiday In Italy

Amazed at the variety of spots for snorkeling in Naples? We bet you are! The area is rich in biodiversity and the pleasant water temperatures will always ensure you have a comfortable snorkeling session in this city. What are you still waiting for? Give TravelTriangle a call and book a snorkeling tour to make your Italian vacation all the more happening! 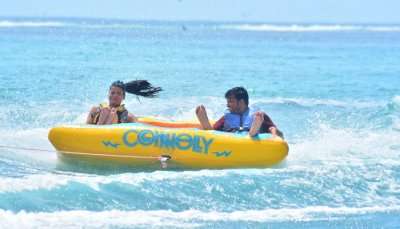 This Is How Adventure Activities In Mauritius For Couples Redefined Our Romantic Honeymoon! 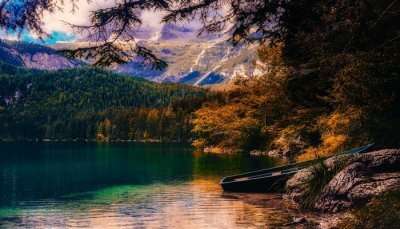 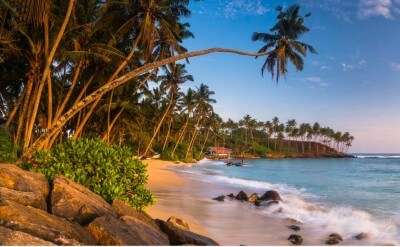 4 Amazing Beaches in Trincomalee Worth Exploring In 2022!