Summer In Bangalore: 8 Cool Ways To Beat The Heat In 2021 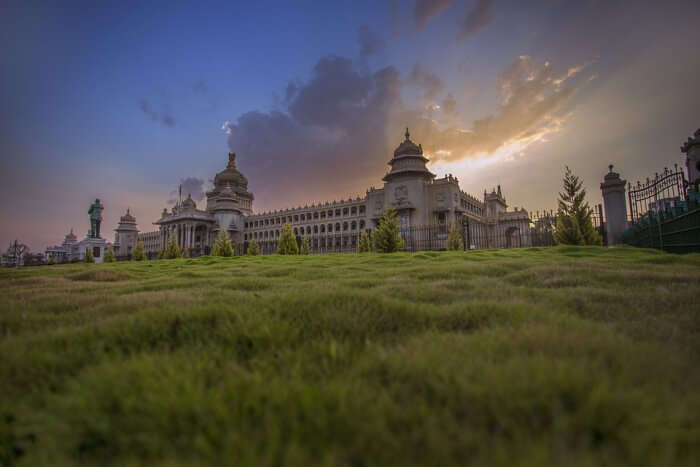 Bangalore, the Silicon Valley of India, is also known for its pleasant weather all year round. But as we know, regardless of what people say, Summer in Bangalore can be really scorching and with all the stress of work it gets more annoying. Yes, we can all just stay in an airconditioned room all day and all night, but should that be enough? Life is too short for that.

Summer in Bangalore lasts from April to June, with April being the hottest month. The temperature can soar as high as 33 degrees Celsius in April but rarely exceeds it. So, you see summers in Bangalore are not as severe as places in Northern region. Read on to know what all is in store for you during this time of the year.

Top 8 Things To Do In Summer In Bangalore

This list of 8 simple ways to beat the heat is foolproof and will provide you with relief from the scorching summer. So, now that the hot season is here, we must be ready with plans.

Image Source
Weather could get really hot during summer in Bangalore, and it comes without saying that the best way to beat the heat is playing around in the water. Wonderla is a blessing for the Bangaloreans, right from the kids to senior citizens. The rides and pools here suit people of all ages, including toddlers. International safety and hygienic standards are followed by the authorities. In fact, not only in summers, Wonderla offers heated pool during the winter season. So, we can say this is an all-year-round getaway for the city-dwellers.

There are 7 multi-cuisine restaurants inside the park, serving delicious delights, making it a full-fledged waterpark.

Must Read: Live The Bangalore Way: 10 Fun Places In The Silicon Valley For An Ultimate Whoopee

When the heat strikes, you must pamper yourself with a rejuvenating session in a soulful spa. The humdrum of the city can get more stressful when the weather just won’t cooperate, and with all this happening, there are Ayurvedic spas in the city that offer a much-needed break, giving you peace of mind. When it comes to things to do in Bangalore in summer, turns out, the best option is to do nothing at all!

Suggested Read: Coorg Trip From Bangalore: A Pocket Guide For Your Next Getaway In 2021!

Bangalore’s weather in Summer can be really discomforting, but what is it that makes the mood better any time any day? Well, ice cream of course! Thanks to many ice cream parlors in the city, you and your friends could get on to something chilling, quite literally! Right from the basic ice cream flavors, to the fanciest, insta-worthy delights, you can spend days treating yourselves.

4. Fine Dining – With Your Family Or Your Better Half

We all know, summer in Bangalore, or anywhere for that matter, gets worst during the day. So, if you have been spending the day at the waterpark splashing around, or haven’t been doing anything and only relaxing at your home; you’d surely want to go out at night treating your taste buds with the best flavors and your soul with soothing ambiance! Well, regardless of your budget, you can fine dine in the city with your family or opt for a candle-light dinner with your beloved.

When all else fails, making a quick weekend away from the Summer in Bangalore could be the best plan to execute. As you may know, there are many hill station in close proximity to the city, and many of them also provide world-class accommodation. You can be traveling in buses or hit the road self-driving as the scenic panorama unfolds before you. You could be a trekker or someone wanting a staycation, believe me, you’ll be spoilt for choice.

Best places to visit near Bangalore in Summer: Horsely Hills, Nandi Hills, Kemmangundi and Chikmagalur are among the top hill stations near Bangalore to visit in summer.
Approximate budget: INR 5,000-10,000

Suggested Read: 16 Lively Markets In Bangalore That Are Sure To Spoil You With Choices In 2021

This is one of the best historical places in Bangalore that you can visit during your summer vacation in the city. As the name suggests, the palace was a residence of the ruler of Mysore, Tipu Sultan. The highlight of this palace is the uniquely designed pillars that signify the beauty of architectural skills during the ancient times.

What could be better than visiting a botanical garden during summer season in Bangalore. Observing the nature whilst you enjoy a hearty morning walk in Lalbagh Botanical will be one of the best things to do during your summer trip in the city of Bangalore. The feature that attracts visitors to this garden is the glasshouse that was established in the 19th century and the inspiration behind its construction is the Crystal Palace of London.

Suggested Read: 8 Best Places To Visit In Bangalore In May To Enjoy The City Of Gardens!

This is known to be one of the largest lakes in the city of Bangalore. The lake covers about 123.5 acres. This is one of the best places to visit in Bangalore when you are seeking to undergo an extremely peaceful and rejuvenating experience during the summer months in Bangalore.

See, there are so many ways you can have fun in summer in Bangalore. Pick any activities and just grab your family and friends along to be your partner-in-crime. Whether you want to go on ice cream parlor hopping or are thinking of opting for weekend getaways from Bangalore, your summer season is sorted!

Q. What are the seasons in Bangalore?

A. Bangalore has usual seasons like other places. It observes summer, winter, and monsoon.

Q. Which is the hottest month in Bangalore?

A. The month of April is considered to be the hottest in the city of Bangalore.

Q. Why does it rain in summer in Bangalore?

A. Due to oceanic depressions and cyclones, Bangalore experiences rainfall in summer.

Q. What is the best time to visit Bangalore?

A. The best time to visit Bangalore is throughout the year. However, you’ll love to visit the city between October and February when you will love the weather.

Q. Which area is best to stay in Bangalore?

A. For a comfortable as well as memorable stay in the city of Bangalore, you must plan your stay at areas like Koramangala, Kammanahalli, Ulsoor, Rajajinagar, and Malleswaram.

Q. Is Bangalore better than Delhi?

A. Both the metropolitan cities, Delhi and Bangalore are admired by the tourists from different regions of India for different reasons. While Delhi is known for its vibrant culture, Bangalore is admired for its nightlife.

42 Best Resorts Near Mumbai For A Quick Relaxing Getaway In 2021!

68 Places To Visit In Rajasthan: Get A Glimpse Of Rajputana Splendor In 2021!