Temples in Canada: 9 Places That Are A Testament To This Country’s Diverse Culture 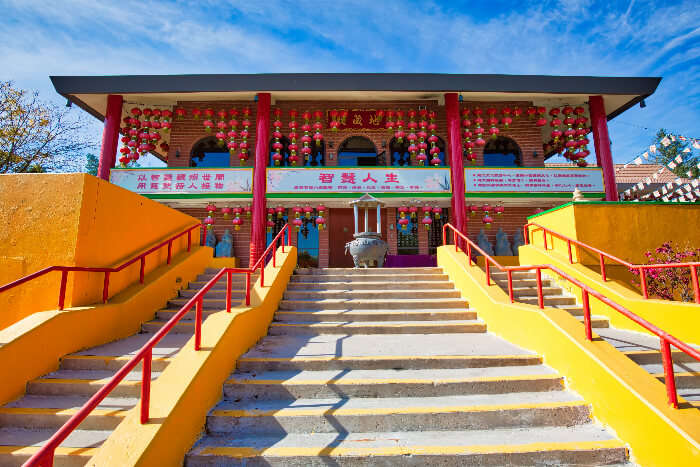 Canada is home to some magnificently built temples that are not just visited by the people of any specific religion but by everyone. Canada is highly secular with people of different religions and ethnicity living together. There is a huge population of Hindus and Sikhs in this country – most of which immigrated from India and other erstwhile British colonies.

Apart from Hindu temples, you will also find Buddhist temples, Gurudwaras, among others. If you are looking to visit one on your visit to Canada, here are a few to choose from: 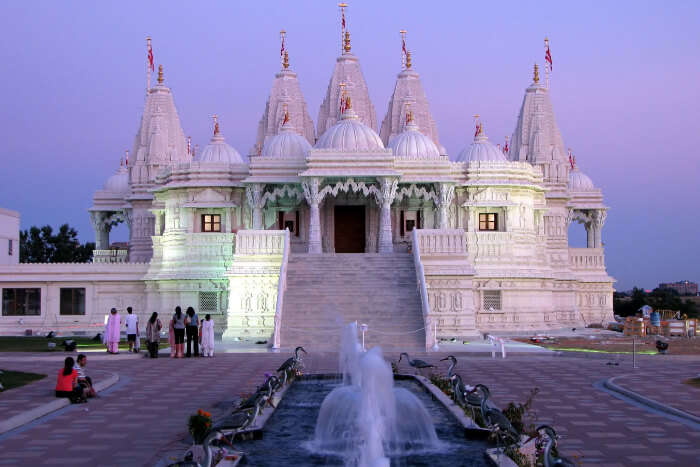 This magnificent temple is situated in Claireville Dr, Toronto – far north in an industrial locale. This hand-sculpted mandir is huge and is made of white marbles. The ambiance here is ethereal, serene and peaceful. The temple showcases beautiful craftsmanship, sculptures of Hindu deities and various Vedic traditions. While it is in Canada, it gives an ethereal vibe that makes visitors feel as if they are in India itself. What’s more, even prasaad is offered every day at fixed intervals.

Must Read: Canada Nightlife: A Traveler’s Guide To How Canadians Like To Party 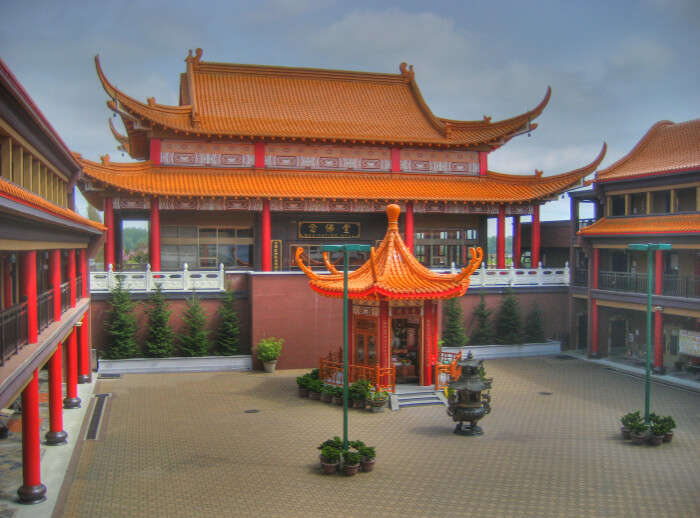 This popular temple is situated in Vancouver, Canada . This is probably the biggest temple not just in Canada but in the whole of North America. The temple has serene surroundings and also provides ample space for people who want to meditate in the quiet, spiritual and devotional environment. The temple has beautiful gardens and a small pond. It resembles the Buddhist temples in China – with a full display of Chinese Buddhist traditions. The temple has a lot of photogenic sites. There is also a Chinese restaurant here.

This temple in Ontario is a traditional Hindu temple dedicated to Lord Shri Pandharpur Vitthal. Temple is open throughout the week and also conducts bhajan-pujan at around 6 pm every day. This temple has turned in an important cultural and heritage center showcasing Hindu traditions in Canada. Also, after every puja, prasaad is offered to the devotees, bringing the experience to a full circle. Hindus from every part of North America come to this temple to offer their devotion.

Suggested Read: Feel On Top Of The World At This Suspension Bridge On Whistler Mountain In Canada 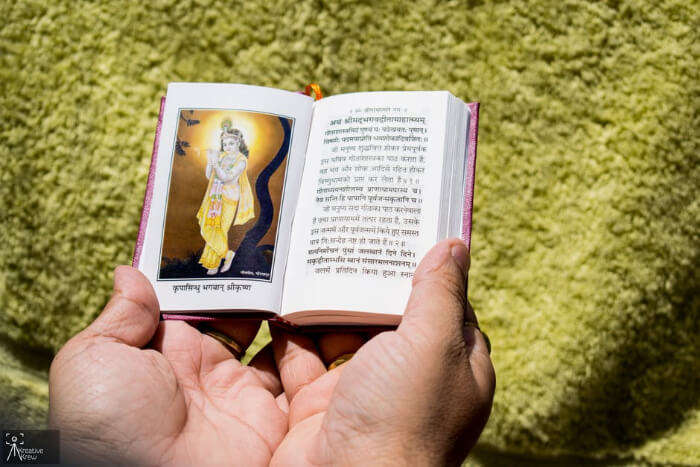 This is a Hindu temple in Ontario which was built by local Hindus three decades back. Mandir is extremely popular among local Hindus and people of other religions like to visit it as well. Temple hosts regular classes on Kirtan and traditional Indian instruments like Tabla, which anyone can learn here for free. There are special Vedic classes for young kids. All big Hindu festivals are celebrated in the temple with a lot of zeal. 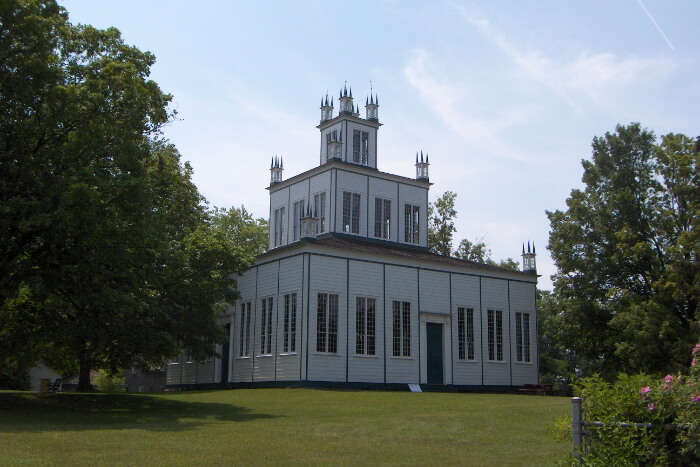 This is a 19th-century temple and is still standing tall. Situated in Ontario, Canada this is a historic masterpiece with a rich heritage behind it. Temple is surrounded by old trees and the interior of the temple resembles the culture of the 19th century, giving it an ethereal aura. With its fusion architecture and symmetrical design, this temple has by far won the hearts and souls of devotees. 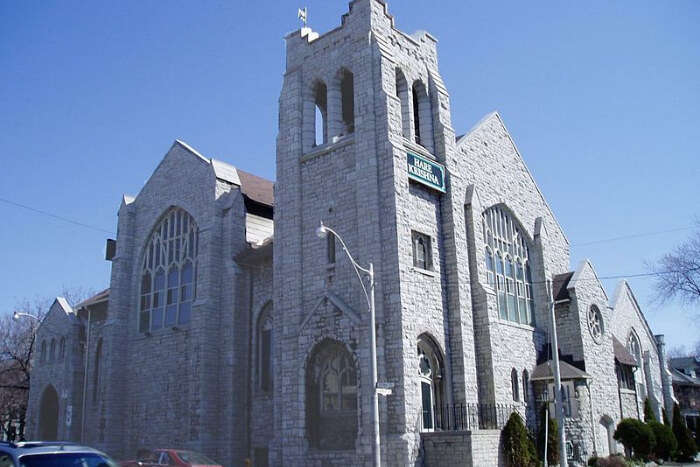 Extremely popular among people of all religions, one can participate in Hare Krishna chanting anytime. The best part of the temple is the food, which you can eat as much as you want at a small donation of $5. Also, there are regular sermons from Bhagwat Gita, which are popular among the locals here. A part of the worldwide-chain  of ISKCON temples, this temple is situated on a vast stretch of land that offers a lot of space for meditation.

This is a Buddhist temple in Mississauga, Toronto. The beautiful yellow-red architecture of the temple is similar to other Buddhist temples. There are many Budha statues made of gold. The temple is also famous for its tea room which is run by volunteers of the temple and offers fruits, tea, and Chinese Laksha noodles. If you are visiting Canada soon, then this temple should be on your must-visit list.

Suggested Read: 11 Incredibly Beautiful Lakes In Canada Every Nature Lover Must Once In Their Lifetime! 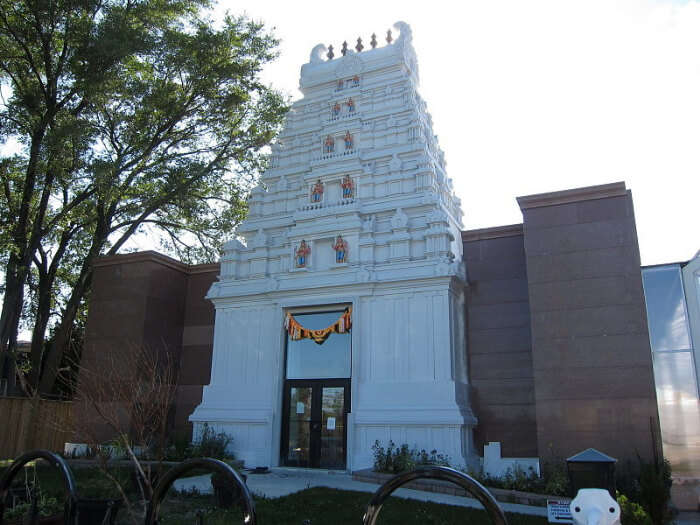 The Sringeri temple is one of the best hindu temples in Toronto, Canada and is regularly flocked by Hindus from all over the world. Temple has a magnificent architecture that resembles that of temples of Karnataka. This temple is famous for its authentic Indian architecture and inspires Hindu pilgrims around the world. 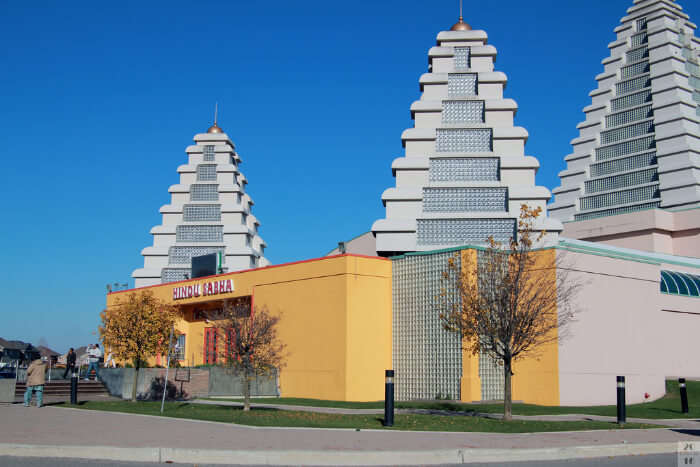 This temple is one of the most famous hindu temples in Canada and is a traditional Sanatan Dharma temple with idols of all major Hindu deities. The temple was built and is operated by Hindu Sabha – a not-for-profit religious Hindu-centric organization in Canada.

Canada is one country where people of different ethnicity and religion live together cohesively. These temples in Canada are a proud symbol of the country’s multicultural society. Don’t miss out, book your trip to Canada with TravelTriangle and head out now.

Q. How many hindu temples are there in Canada?

A. There are more than 50 hindu temples in Canada.

Q. Where is Iskcon temple situated in Canada?

A. Iskcon temple is situated in Brampton. 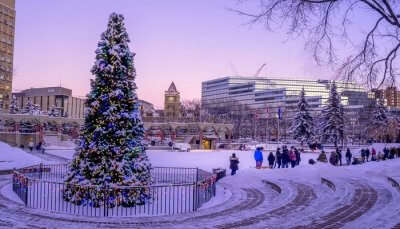 10 Adventure-Packed Things To Do In Calgary In Winter 2022