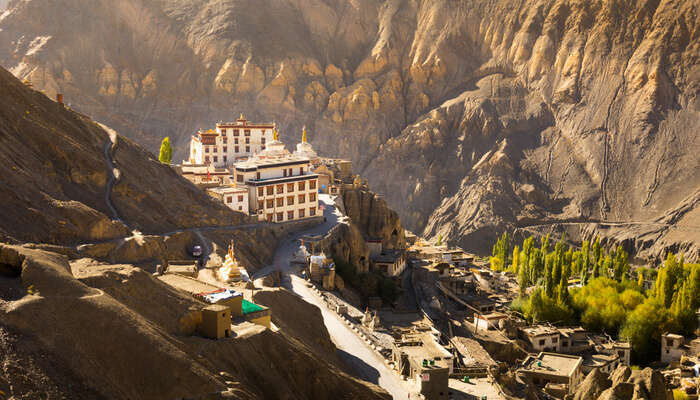 Known for its pristine landscape, the union territory of Ladakh is bordered by Tibet, Jammu and Kashmir, Himachal Pradesh, Xinjiang, and Karakoram Pass. Being home to magical Buddhist monasteries, Ladakh is where prayer flags flutter. This rugged high-altitude desert adorns itself with picturesque mountain lakes and beautiful paddies. Visiting red-robed monks as you roam around, colorful murals and golden Buddha statue in Ladakh will certainly add to your day. Some of the things that you must visit during your stay in Ladakh include Leh Palace, Yungdrung Gompa, and Chos Khor Temple, are some of the temples in ladakh that are going to leave you spellbound.

Here’s a list of some of the most beautiful temples to visit in Ladakh that are going to leave you spellbound and make you fall in love with Ladakh. 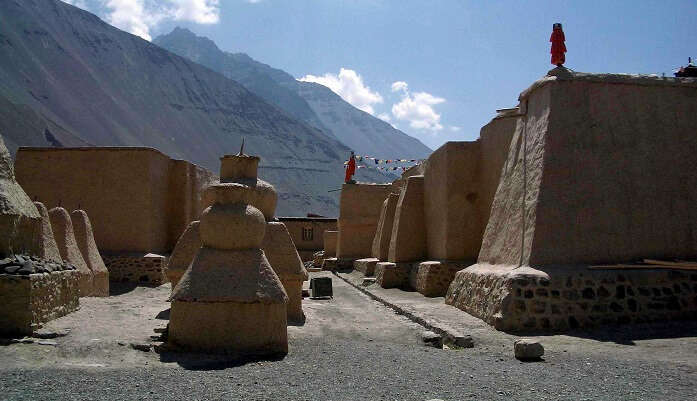 Known for being one of the oldest Buddhist temples in ladakh, Alchi Chos Khor Temple was founded by Rinchen Sangpo during his attempt to revive Tibetan Buddhism. The temple today adorns itself with images of Buddha, Bodhisattva, Apsara, Gandahrava etc. Besides being the only monastery to have preserved 10th century Buddhism arts, it has paintings completed by Buddhist craftsmen.

Even though most of most monasteries were plundered by invaders, Alchi Chos Khor Temple saved itself because of its humble appearance originating from mud-brick construction. You will find six temples including Sumstek, Lotsawa Lhakhang, Manjushree Lhakhang, Vairocana temple, Kangyur temple and Lhakhang Soma at this Ladakh Buddha temple.

Must Read: 11 Adventure Sports In Ladakh For A Thrill 2022 Vacay In The Hills! 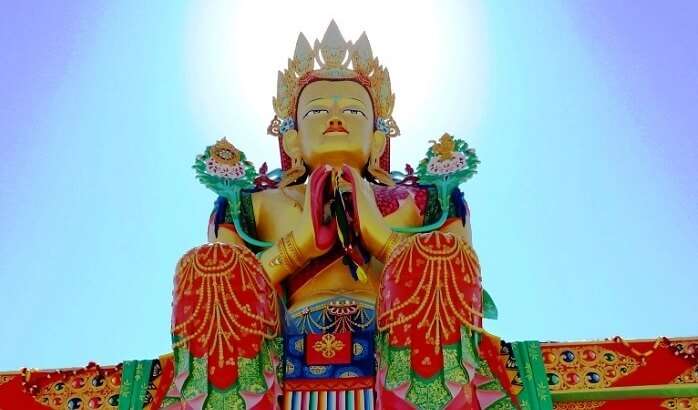 Topping the list of famous temples in leh, Red Maitreya Temple is one of the most widely visited temples. Besides adorning itself with a huge Maitreya Buddha statue, this temple is embellished with picturesque divider paintings. You will certainly revisit the religious past here as you see the pictures of Avalokiteshvara, Mahakala, and Buddha. Built by King Tragspa Bumde, this temple is the best place to have a breathtaking view of the town.

Even though this temple went through significant harm during the Dogra invasion, it was restored by Anca Nicolaescu during 1950s. You will find a picture of the temple originator Tashi Namgyal on the entryway. You will also be amazed to see the paintings of Tsongkhapa-dad and Shakyamuni on the wall of the temple.

Suggested Read: How To Welcome The New Year In Ladakh For A Unique And Joyful Start To 2022 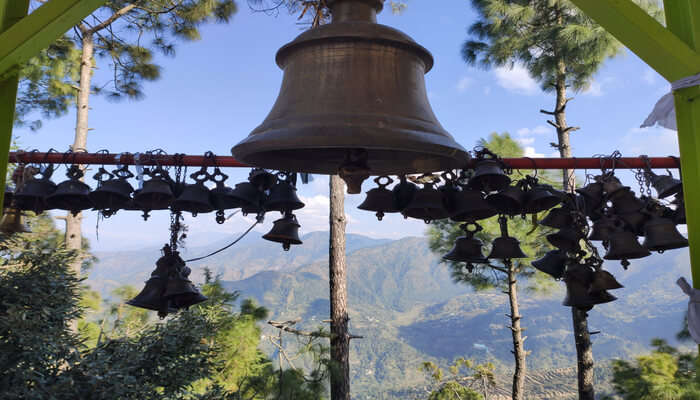 Located approximately 10 km away from Leh, Vajra Bhairav Shrine is dedicated to a tantric deity from the Gelugpa sect. It is also home to one of the most visited ladakh shiv mandirs. Believed to possess supernatural powers, the deity here is usually kept in a chamber. However, it is unveiled to the public only once every year.

The walls of the shrine adorn themselves with 600 years old paintings. Being one of the oldest buildings in Spituk, Vajra Bhairav Shrine is one of the top temples in leh. Some of the other temples located within close proximity of this ladakh shiv mandir include Spituk Monastery, Spitul Gustor, and Mahakal Temple.

Suggested Read: 12 Festivals Of Ladakh In 2022 That Celebrate The Life In The Valley 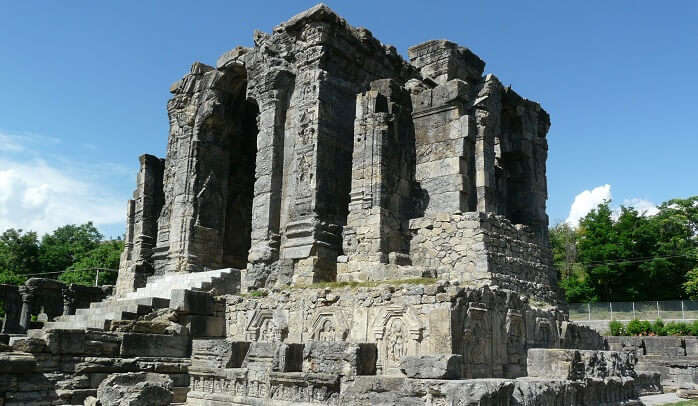 Dedicated to the Sun God, the Sun Temple is one of the top temples in ladakh. Built by King Lalitaditya during the medieval period, this temple adorns itself with colonnaded courtyard.

You will be astonished to see the 84 columns here which were used to build the temple. Constructed with hard and square limestone, this temple will remind you of the exemplary architectural style of that era.

Suggested Read: 50 Places To Visit In Leh Ladakh For A Spell Binding Vacation In The Year 2022 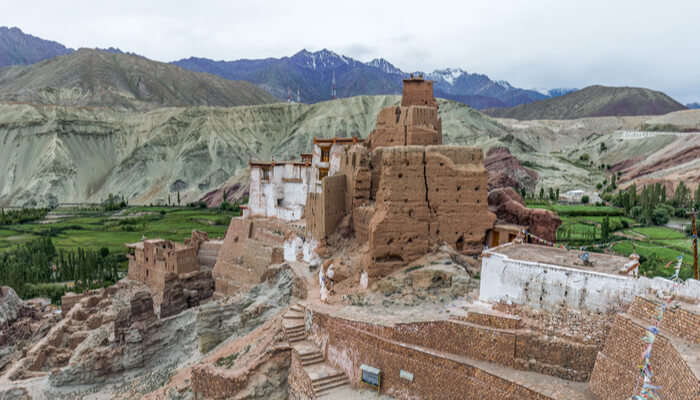 Located in the Basgo village village in Leh, Serzang Temple is considered as one of the top temples in ladakh that you must visit. This temple is located approximately 40 km away from the Leh airport. Both gold and copper were used to build this temple in the domain of 17th century. Conveniently situated on the Leh-Srinagar Highway, this temple attracts thousands of visitors every year. You will find a 30 ft high statue of Maitreya Buddha made of copper gilt here.

Suggested Read: Our Ladakh Itinerary For 7 Days Will Help You Plan Your Trip Like A Pro 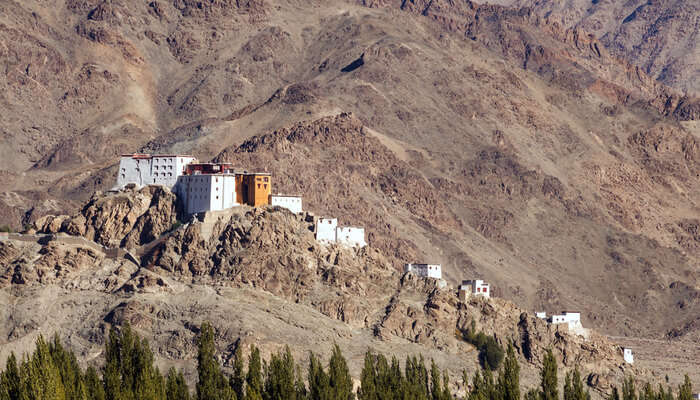 Located at the top floor of the Thiksey Monastery, this temple is one of the temples in ladakh. Being home to Kangyur and Tengyur scriptures, this temple allows only men to enter. Besides adorning itself with big stupas and Mani walls, this temple also decorates itself Buddha’s teachings imprinted on huge pillar.

A room at the temple is used to reach the local kids some of whom are chosen as Lamas. The top floor is known for being the authorized residence of the incarnate Lama of the monastery. You will also find a few white washed huts inside the monastery complex here.

Suggested Read: Dodda Ayur: An Answer For All Those Cancelled Plans To Ladakh! 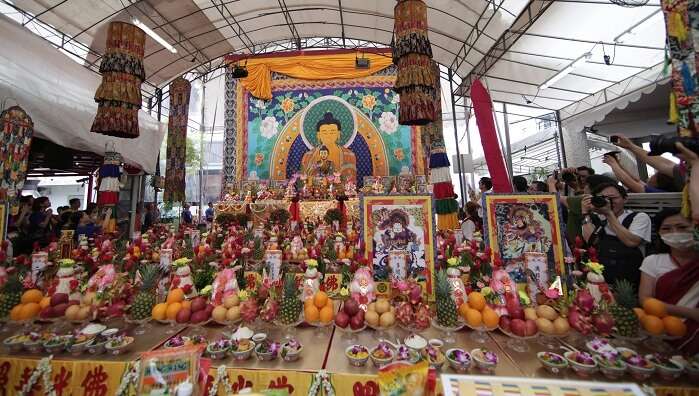 Located inside the Thiksey Monastery, Tara Temple is one of the best temples in ladakh. Dedicated to Goddess Tara, this temple adorns itself with 21 images of the goddess placed in a glass-covered wooden shelf. You will also find a courtyard dedicated to other gudian divinities here at the temple complex.

The Chi-khang here is known for having an image of the deity Yamantaka along with Buddha and two of his disciples. What will truly amaze you at this ladakh buddha temple is the wall painting that depicts the Buddha, Padmasambhāva, Palden Lhamo, Tsong Khapa and Mahakala.

Suggested Read: 9 Places To Visit In Nubra Valley For A Surreal 2022 Holiday In Ladakh! 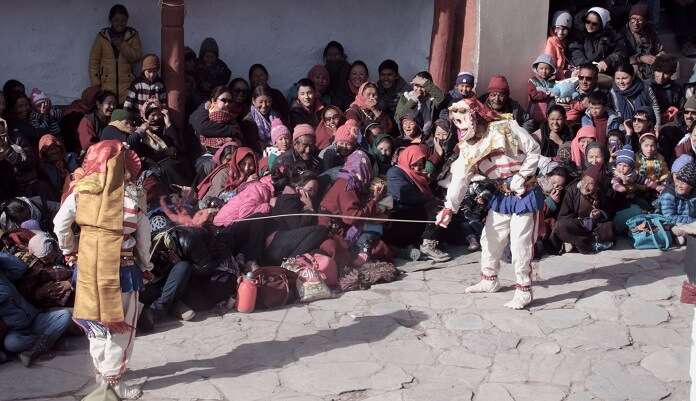 Located approximately 26 km away from Ladakh, Matho Temple is known for being home to a monastery that was originally founded by Lama Dugpa Dorje approximately 500 years ago. The monastery here belongs to the Saskya Order.

You should definitely visit this temple during the Matho Nagrang festival which happens on 14th and 15th day of the first Tibetan month every year. During the festival, you will be observing two oracles known as the Rongtsan and monks performing sacred dances.

Further Read: Leh Ladakh With Kid: A Journey We’ll Cherish For A Lifetime

Make sure you add this list of beautiful temples in Ladakh to your itinerary before jotting down a travel trip to Ladakh for a spiritual sojourn. Explore the scenic landscape and unravel the local culture for a blissful vacation.

Which is the oldest monastery in Ladakh?

Lamayuru is known for being one of the largest as well as oldest monasteries in Ladakh. It has approximately 150 permanent resident monks today.

Which is the largest monastery in Ladakh?

Diskit Monastery is known for being the largest monastery in Ladakh. It is located in the Nubra Valley of Ladakh.

Why Ladakh is called Moonland?

Lamayuru in Ladakh is known as as Moonland primarily because of its resemblance to the moon surface. 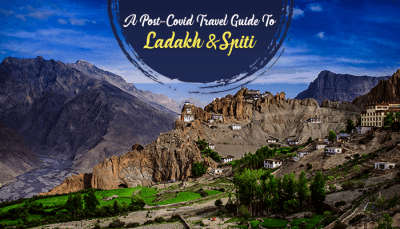 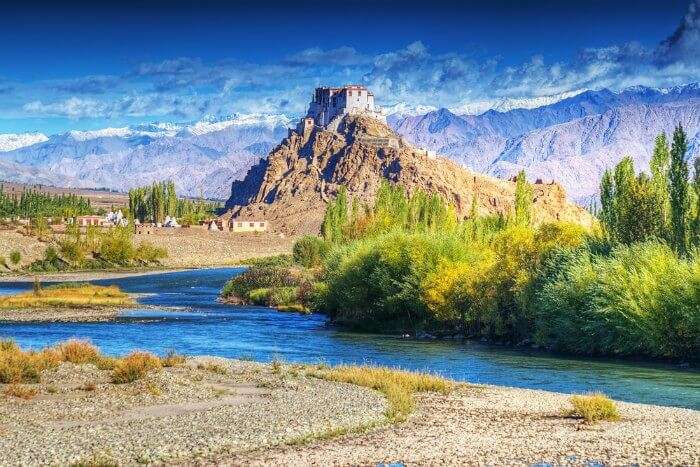 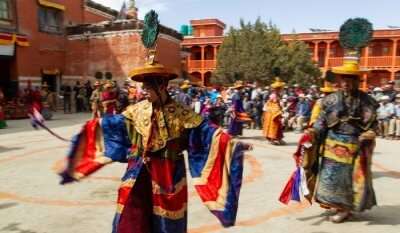