10 Temples In South Africa Which Give A Glimpse Of The Country’s Architectural Heritage! 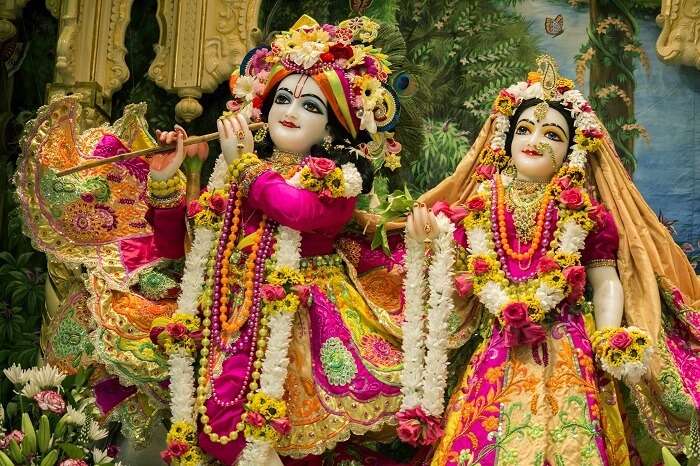 South Africa is a land of diverse and vibrant culture and deep history which is reflected by its architecture. Apart from the abundant wildlife and incredible architectural heritage, this country also follows different religions. One can find many temples built in different cities of South Africa.

If you’re on a religious tour, then don’t miss out these magnificent temples in South Africa and take a glimpse of the Indian culture at this African nation.

A part of the ISKCON group of institutions, this is one of the most well-known Hindu Temple in all of South Africa. Located in Chatsworth, the mostly Indian neighborhood inside the city of Durban, this temple is dedicated to Lord Krishna from the Hindu mythology.

Must Read: 6 Alluring Lakes In South Africa For A Delightful Encounter With Nature!

Madhya Kailash temple in Midrand is a temple dedicated to Lord Shiva of the Hindu mythology, who is supposed to be the destroyer of all the evils of this world. The temple follows the Shaivism sect of Hinduism, a sect which believes that the Supreme Power Lord Shiva is faceless, timeless and spaceless.

Believed to be the oldest temple in all of South Africa, this temple was established by the first Indian immigrants to South Africa in 1875. The temple was declared a national monument in the year 1980. The complex has 3 temples one for Shiva, one for Draupadi and one for Mariamman.

Constructed around 125 years ago in the quite bylanes of Melrose, this is one of the oldest Hindu Temples in South Africa and arguably the oldest in Johannesburg. The main deities of the temple are Lord Vinayaka and Lord Parameswara.

Must Read: 10 Best Places To Visit In Bloemfontein For An Authentic South African Experience

Disclaimer: The image is for representation purposes only

This temple is dedicated to Ayyappan, the Hindu god of growth who is particularly followed in Kerala and some other parts of South India. Ayyappan is a male god who is supposed to be a child of Shiva and Mohini, the female incarnation of Lord Vishnu. Majorly followed in Southern Parts of India, this god is responsible for growth and prosperity.

Clairwood Shree Siva Soobramoniar Temple is a temple in Clairwood, Durban and is dedicated to the deity Muruga. Established in 1889, the temple is famous amongst Indians living in South Africa for its annual Thaipusam Kavadi festival.

The ISKCON culture center in Pietermaritzburg is one of the newest ISKCON society temples to be opened in South Africa. As with every other Iskcon temple, this one is also dedicated to Lord Krishna. The temple was opened for public only in September of 2017 which was followed by a grand celebration where devotees from ISKCON societies from all across the world came to participate.

The Mariamman Temple Pretoria is amongst the oldest Hindu temples in South Africa and the oldest temple in centurion itself. Established in 1905 by Indian Migrant workers in Centurion, the temple is dedicated to goddess Mariamman who is believed to be the goddess of smallpox and other infectious diseases. The temple is popular for its authentic traditional Indian exterior and elaborated and decorated pillared halls inside.

This temple is a Tibetan Kadampa Buddhist Center which is equipped with all the modern facilities like Skype to teach its devotees from faraway lands and also when the chief monk is on tours. The Buddhist center also screens movies on mindfulness and peace of mind once a week. The main motto of this center is to promote talks in the subject matter of inner development and happiness with an atmosphere which facilitates spiritual well-being.

The Kagyu Samye Dzong Buddhist center in Cape Town is one of the Kagyu Buddhist centers established in South Africa. This temple follows the lineage of 17th Gyalwa Karmapa Ogyen Trinley Dorje, the head of Karma Kagyu School of Tibetan Buddhism. The main focus of this center like any other center is talking about spiritual and mental well-being, development of happiness, inner peace and mindfulness.

Are you already excited to explore the religious heritage of the country? Plan your vacation beforehand and book your Africa holiday package with TravelTriangle and have an holiday experience like never before.