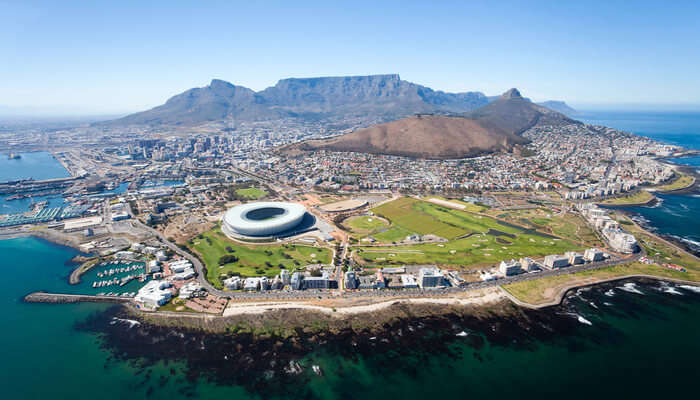 A country located at the tip of Africa, South Africa is a landscape populated with a myriad of diverse ecosystems and is also a sort of melting pot of cultures from around the world. The largest country in the entire world it is populated by people from India, of European and the indigenous African ethnicities. It is a country known for its democratic principles ever since the dissolution of apartheid laws.

Several languages are spoken by its inhabitants but the most common ones are Afrikaans and English – reflecting the past of British colonialism. Because of its cultural diversity, South Africa is also often dubbed as the ‘Rainbow Nation’. With such amazing cultural diversity, scenic beauty, special events and unique weather conditions, there are some really interesting things to do in South Africa in April, as the weather during this month is favorable for a real excursion.

12 Things To Do In South Africa In April

Autumn, or the fall season, usually lasts from the months of March to May. April thus remains a pleasant month that brings with it moderate to no rainfall and cool temperatures, making it in a way an ideal month to explore the various things South Africa has to offer. Given below are a list of a few of the various options that South Africa offers when it comes to the activities you can engage your body and mind in when in the beautiful country in the month of April. 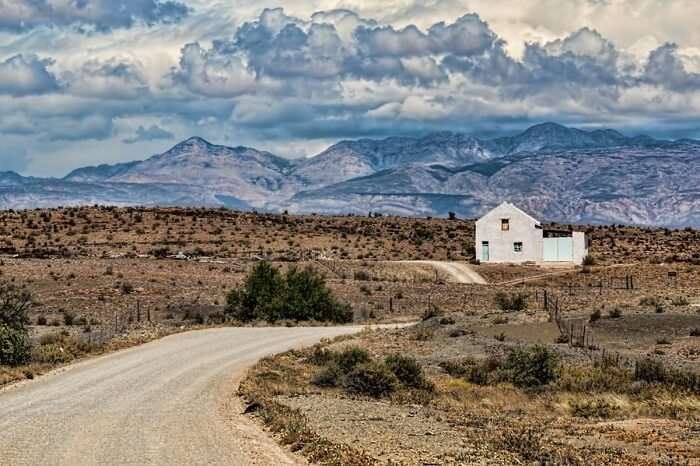 The little Karoo is located in the Western Cape province and its boundaries haven’t really ever been defined. Several operations were conducted in its region by Republicans at the time of the Second Anglo Boer War that lasted from 1899 to 1902. It is a great landscape to ride through as it offers xerophytic vegetation that is comprised of species like mesembryanthemums, stapelias, desert ephemerals, crassulas, euphorbias and aloes. It is a place that evokes a lot of dread because of stories of travelers on the way to the Highveld who were exhausted by its unbearable heat, dry spans, drought, and so on. Rock climbers from all over the world flock to Waterval Boven – literally meaning ‘above the waterfall’ in the Dutch language – in Mpumalanga. It is 60 meters high situated along the Elands River and is renowned for its kloofs or gorges. The falls referred to in the phrase ‘above the waterfall’ is the Erland Falls. Waterval Boven comprises 150 traditional and 650 climbing routes and there are several lodges that provide accommodation to the exhausted rock climbers to spend the night before they head on to their next destination the next morning. If you have an inclination towards rock climbing then this is just the spot for you, with routes that are hard as well as easy, for beginners, to trek. The table mountain has a height of 1,085 meters and is a flat-topped mountain, the top of which offers a glorious panoramic view of the entire city of Cape Town. A popular attraction for tourists, they often use the cable car to get to the top but there are others who choose the hiking trail that offers a more adventurous perspective on the rocky terrain that embellishes the beauty and magnificence of this landmark. Part of the Cape Fold Belt mountain range, the first person to make it to the top on foot was Antonio de Saldanha. There are several routes to the top, the easiest of which is the Platteklip Gorge. 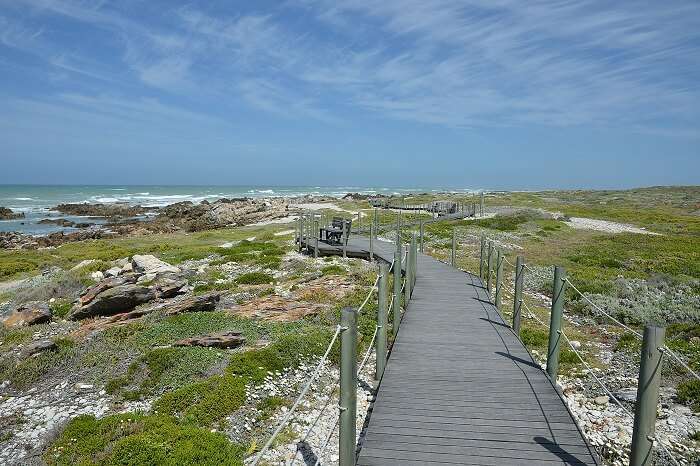 Located on the eponymous plain which is situated in the Overberg area of Western Cape, the Agulhas National Park was opened on the 14th of September in 1998. Ever since then it has drawn in lots of curious tourists who wish to catch a glimpse of animals such as the Damara tern, African black oystercatcher, Cape platanna and southern right whale, all of which are predominantly found only in South Africa. Cape Agulhas, the southernmost tip of the continents also a spot visited often by tourists as it is the point where the Indian Ocean and the Atlantic Ocean meet. Located at this tip is the Agulhas lighthouse –South Africa’s second oldest lighthouse- which has a tearoom – if in the mood for some tea – and a lovely museum. 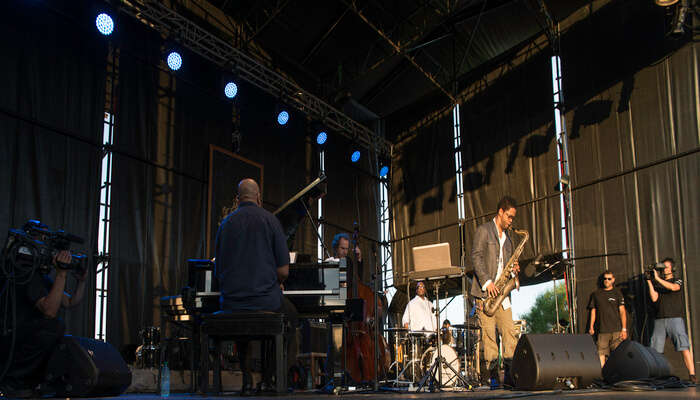 One of the most popular music festivals, jazz aficionados from all over the world flock to Cape Town for this 2-day event that features some of the most renowned jazz musicians from all over the world. Having featured acts like Amadou and Mariam in the past, this year also promises an extravagant line-up of extravagant and acclaimed musicians. It even features music by musicians and bands associated with other genres such as R & B, afro-pop, funk, soul, fusion and so on. It takes place at the Cape Town International Convention Centre or the CTICC. 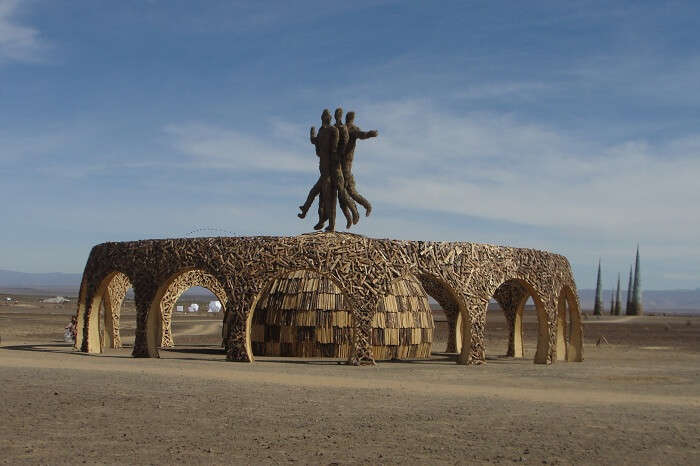 A Burning Man event, AfrikaBurn will be held from the 27th of April, Monday to the 3rd of May, Sunday in the year 2020. It sees the designing of modern temporary works of art in a desert-like environment all of which is burnt in the end. It takes place in the Tankwa Karoo National Park and attracts more than 11,000 people every year all of whom come from various backgrounds and professions to their knowledge and artistic skill to good use to create a unique specimen of art. You have to thrive on your own, cook your own food, etc. 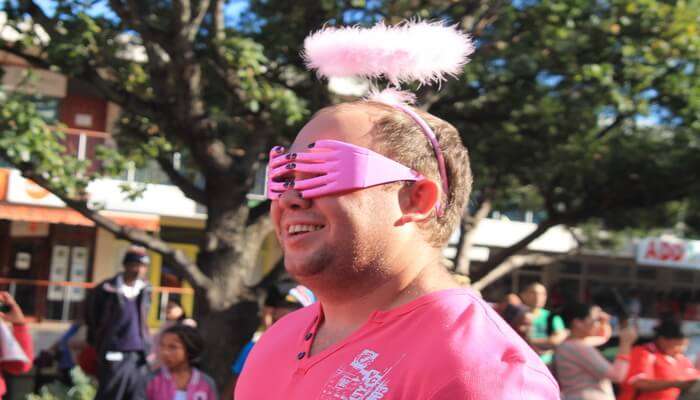 An arts festival, the Pink Loerie Mardi Gras Festival takes place in Knysna to create and spread awareness about the LGBT+ community and to shed light on their culture, their art and style and to bring them into the mainstream. It’s a rather colorful festival that includes a parade as well where members are unapologetically themselves in iridescent clothes and gorgeous costumes to celebrate 18 years of this long-running festival that celebrates individuality, solidarity and progress. 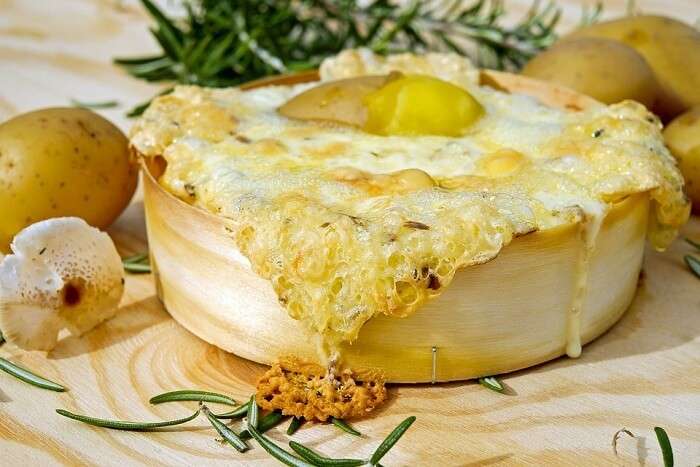 The SA Cheese Festival is scheduled to take place from the 25th of April that falls on a Sunday to the 27th of April, Tuesday this year. It is an award-winning festival where people put up their stalls to sell the best gourmet cheese that you will ever have in your entire life. It is considered one of the more prominent culinary festivals in South Africa. It takes place Stellenbosch which is located in the Western Cape province. 2022 is a big year as the festival celebrates its 19th year. You can also have some delectable home-grown wine with your cheese. 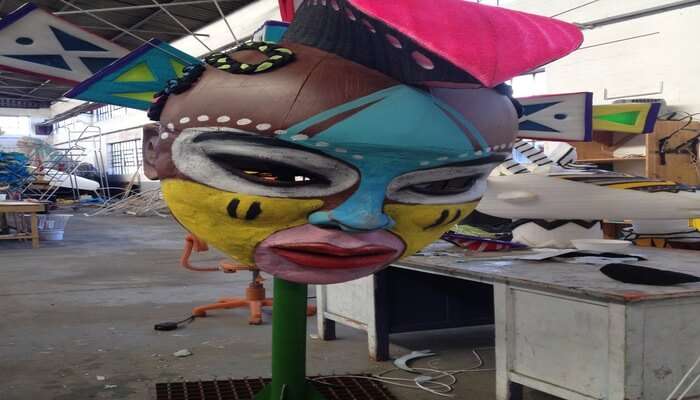 Although the dates for 2022 haven’t been confirmed yet, the festival usually takes place post-harvest so it is safe to assume that it will most probably take place in the month of April this year as well. This festival is a celebration of growing bread and making heavenly wine. The location also boasts of gorgeous vineyards. You can taste wine for free and eat some soft, crusty bread as you have your sumptuous meal. The region around Bot River is also known for its tranquility and scenic views so it’s a good option if you’re a bit tired of exploring the city with all its hustle and bustle. 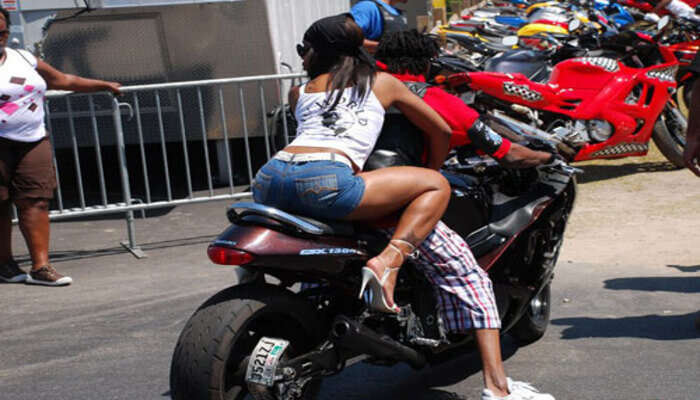 One of the greatest FREE bike events, Africa Bike Week, sponsored by Harley Davidson, has got to be a Mecca of sorts for all the bike fanatics out there who crave a need for speed and the resulting adrenaline rush. The event involves performances by entertainers performing on the street and stunt riders, free demo rides on the bikes provided by companies like Jeep and Harley Davidson and there’s also live entertainment, music by local musicians as well as renowned rock bands as you chug on cold beer and enjoy sumptuous food.

Location: Margate, South Africa
Dates: Yet to be announced 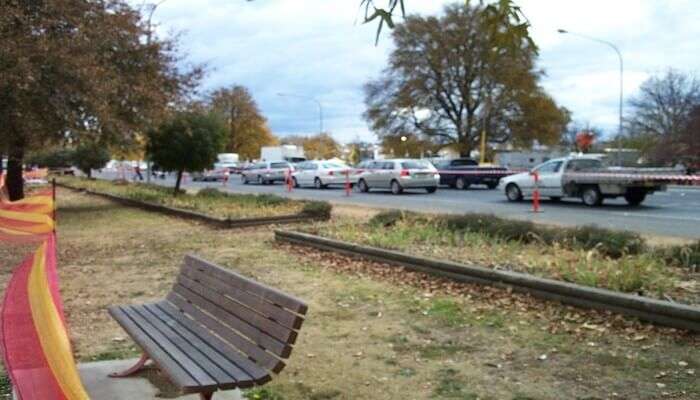 Taking place from the 24th of April to the 26th in 2022, Bathurst Show is an annual event that takes place in Bathurst in the Eastern Cape province. Held for three days it’s a carnival where people put up stalls of food, wine, beverages, accessories, and so on. It has a genial and jovial atmosphere where people can spend time with friends and family and have a good time. Its purpose is to draw more attention to the farming trade and to shed more light on small businesses and to facilitate employment in faltering regions. 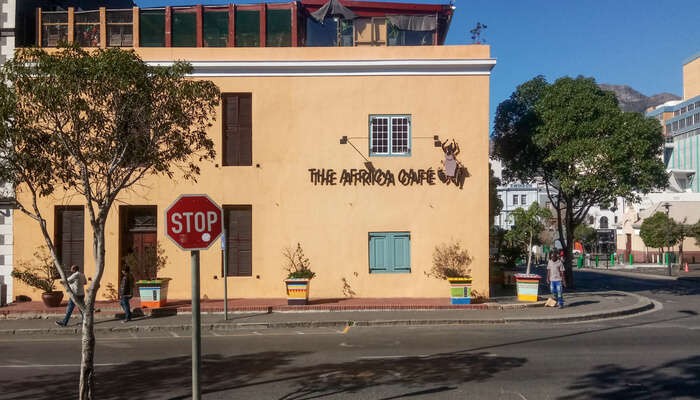 A popular gourmet event, this festival draws in several visitors who are dying to treat their palates to a host of flavors, cuisines and spices. It is held at Green Point CPUT Cricket field usually and has some of Cape Town’s high-end restaurants taking part in it. Make sure you have a feast at this festival, too.

Obviously, all these recommendations are just too much for a month but try your best to cover most of them as they guarantee a fun time. And to do so, you need to plan a trip to Africa ASAP and head to South Africa. The amazing land of rare wildlife and mesmerizing landscapes await your coming!

Is April a good time to visit South Africa?

Yes, April is one of the best months to visit South Africa. During the month of April, the weather is perfect to explore the destination. There are many things to do in South Africa.

How is the weather in South Africa in April?

The weather in South Africa in the month of April is very pleasant. The average temperature remains 18 to 23 degree celsius.

What is the best time of year to go to South Africa?

The months of April and May are the best time to visit South Africa. These months offer the perfect weather to enjoy a vacation there.

What season is April in South Africa?

During the month of April, South Africa experiences the summer season. The weather is pleasant and so, it is a good time to plan a trip.

What is the cheapest month to fly to South Africa?

The cheapest month to fly to Africa is the month of February. During that month, not many people visit South Africa.

Is South Africa safe for tourists?

Yes, South Africa is safe for tourists to visit. The crime rate is not that high and the people are kind and helpful.

How many days do I need in South Africa?

South Africa has a lot to offer. So, you will need 8 to 12 days to visit South Africa and cover all the attractions it offers!