Tuol Sleng Museum: A Walk Through The Cambodian Genocide History 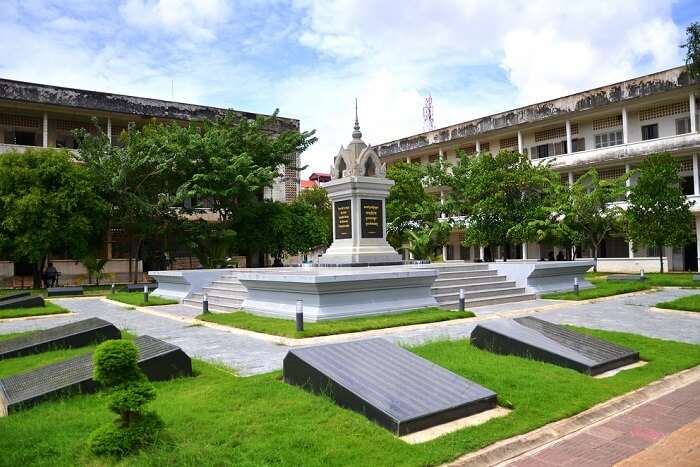 Tuol Sleng Museum in Cambodia is one of those museums that hold the darkest secrets of the Cambodian history. It narrates the story of innocent people who were captured, tortured and then executed by the Khmer Rouge regime from 1975 to 1979. This school turned execution cell is a place where almost 20000 people were murdered by the Khmer Rouge regime only because of political reasons. After the situations got normal, this school was converted into a museum in the memory of all those people who were brutally treated and lost their lives to the battle of humanity.

In 1979 the prison was uncovered by the Vietnamese army and later this school was turned into a historical museum by the government of the People’s Republic of Kampuchea. When you visit this place, you will get to know a lot about the political situations of this country at that time. You will get to see the same cage-like prisons, the various instruments from small to big sizes that were used to torment the people during interrogations and inspection session. You will also get to know about their daily life at the prison which started at 4:30 am in the morning and ended with a whole day of torture session.

In the mass genocide that took place and among the 20,000 people that were convicted, only seven adults and five children managed to survive. And as a study done in 2011, today only three of these survivors of the horrendous act are alive. A visit to this museum makes you question the purpose of humanity. It bounds you to think about the ways in which these conditions could have been avoided to the maximum. It makes you question the sanity and the truthfulness of people. It makes you wonder how the lives of these people had suddenly turned into something which was even worse than hell.

About The Tuol Sleng Museum 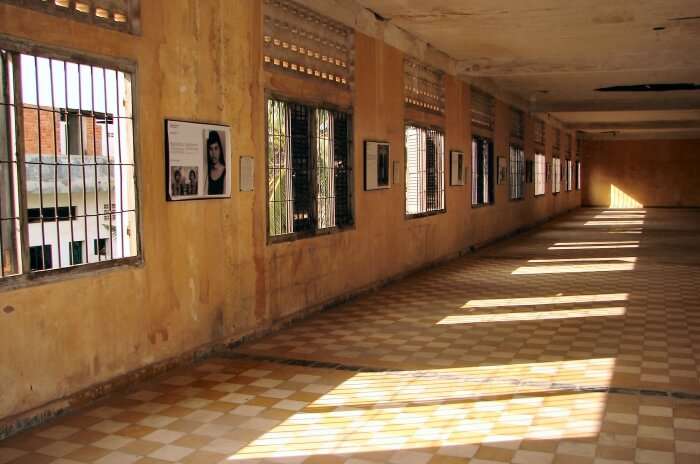 The Tuol Sleng Museum is located in Phnom Penh, Cambodia. This museum was originally a secondary school but was later converted into a prison by the Khmer Rouge regime that came and rules here from 1975 to 1979. The name of this prison was kept as the Security Prison 21, also known as the S21. It is believed that it was one of the 196 prison cells that were under the control of the then government of this region. This crime center was a five-building complex which was opened with the purpose of an interrogation center. This building was the captive center of thousands of innocent people who were horrendously tortured and then left to die or murdered. Several medical experiments were done on them and their body parts were taken out without their consent and sold in the market.

This five storey building was fenced with electrified barbed wire all around, the classrooms were converted into tiny prisons, some areas were divided into much smaller regions to accommodate more and more people, the torture chambers were there and windows were covered with irons and bars. The security of this place was so tight that they made sure nobody escapes. When the S21 was established most of the prisoners were government officials, doctors, soldiers, teachers, students, factory workers, monks, and engineers. But later on, they even started imprisoning their families, friends or even far acquaintances. Although these people were arrested as they were being suspected for espionage but they may have been viewed as potential people who would destroy the leadership of Khmer Rouge and hence were killed.

Due to this mass genocide that took place, half of the non-Cambodians fled the nation by the year 1975. The condition of the whole nation was completely shattered. This museum is built in order to let people know about the cruelty of the Khmer Rouge that the people dealt with and is also a memorable building for all those innocent people who had to go through so much of pain and gradually lose their life. 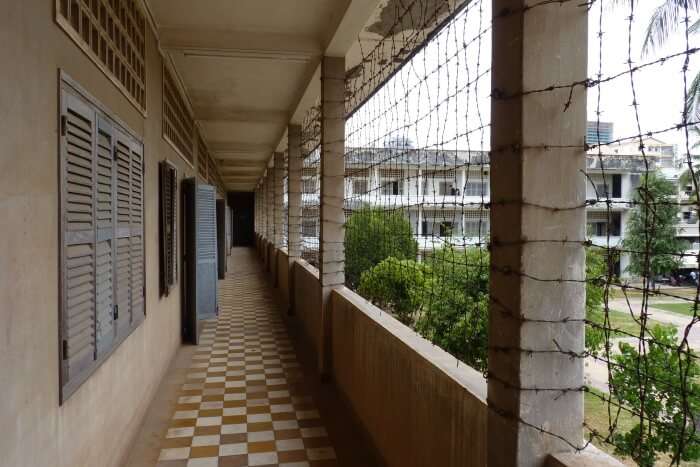 Considering the climate of Cambodia which is both tropical wet and dry marks a distinct seasonal difference. The average temperature of Cambodia lies between 21 to 35 °C. Cambodia has two distinct seasons. The rainy season which is from May to October and the dry season which is from November to April. Thus the best time to visit Cambodia depends on the heat, rainfall and on the average number of tourists visiting in a particular month and on the place that you are visiting.

So when you are planning to visit the Tuol Sleng Museum, the most suitable time to visit would be from May to early October. There are two reasons why you should visit this place during this time of the year –

Must Read: Shopping In Phnom Penh: 10 Top Places To Buy The Best Of Everything That The City Flaunts

How To Reach Tuol Sleng Museum 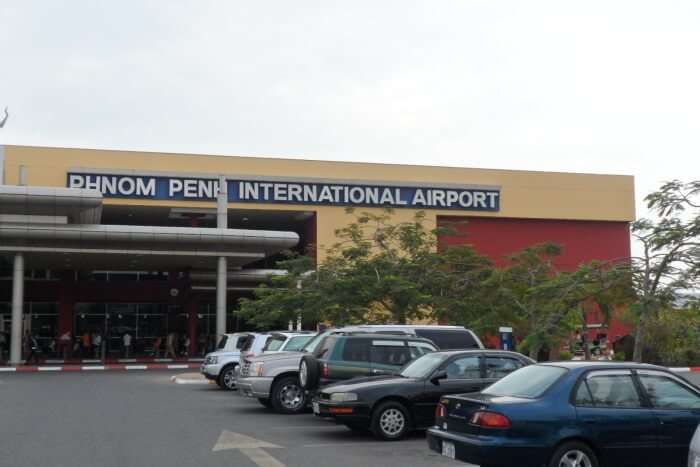 By Air: The Phnom Penh in Cambodia has an international airport which is connected to various international and domestic destinations. They are several airline facilities that are airport provides like AirAsia, Bangkok Airways, China Airlines, and many more.
By Road: Once you reach Phnom Penh, you can avail any of the road transport facility like a tuk-tuk or an ac bus or any normal cab and you will get there in no time. It is advised to go for tuk-tuk as they are convenient and affordable.
Also the museum is open to public from 8am to 5pm. You can also go for viewing a ‘survivor testimony’ from 2:30 to 3 pm only from Monday to Friday.

Here are a few accomadation options that you can consider during your vacation. 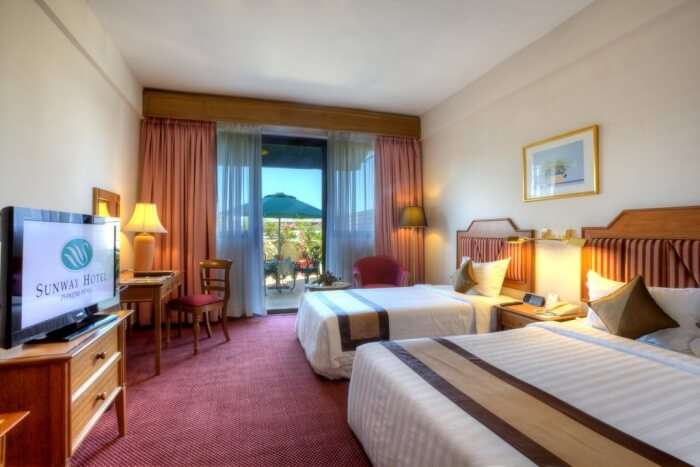 This is a four-star hotel with modern infrastructure and polished quarters. It is well equipped and highly maintained. It features a spa, gym, bakery, and some cute café and high-end restaurants. It is at a distance of 12 km from the airport and one of the best places for accommodation.

Suggested Read: Cambodia Travel Tips: For A Carefree Holiday Plan In This Charming Land With Your Loved Ones

It is a three-star hotel which has provides appreciable service and the place is well maintained. It provides with all the necessary facilities and that too at an affordable price. This place has got good internet accessibility and free wifi. Also, the rooms are spacious and well-taken care. They also provide free breakfast.

Suggested Read: 18 Essential Things To Do In Phnom Penh On Your Cambodian Trip This is yet another four-star hotel with top notch quality service. They have bright vibrant quarters and a relaxed lodging area. This hotel features a rooftop pool and spa facilities. They also provide you with free breakfast. Overall the ambiance is great and the staff is warm and welcoming.

Things To Do In Tuol Sleng Museum

Here are the activities that you can indulge in at the museum.

As you take a tour through the school, you will come across four different buildings A, B, C and D. In building A you will find large cells where the bodies of the last victims were discovered. In building B you will find galleries of photographs that depict the condition of these people and the instruments with which they were tortured. In building C you will discover the rooms that were subdivided into small cells. And in building D you will find memorabilia and some other photographs hanging on the wall. This tour will provide you with information related to the past of this museum.

Suggested Read: 7 Places To Visit In Phnom Penh That Will Replay History Throughout Your Vacation!

2. Meet the last three survivors of this incident 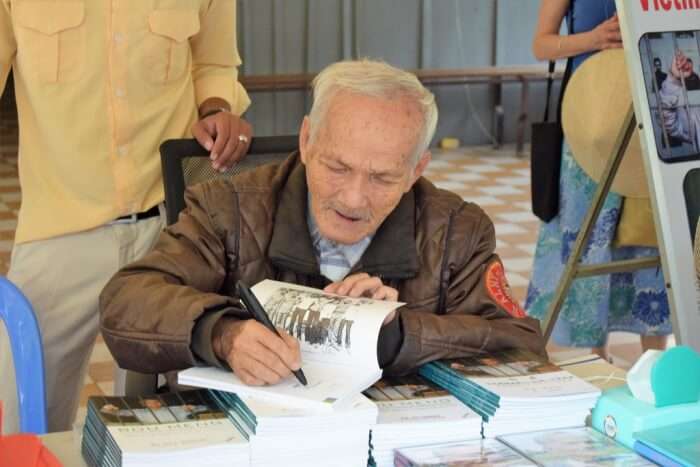 Chum Mey Bou Meng and Vann Nath are the survivors of this incident. They frequently organize a meet and greet where the visitors can meet them and know the whole incident from their point of view. They have also written biographies which you can buy and know the in-depth history of this place.

The Tuol Sleng Museum holds stories very few people are familiar with. It tells the tales of people who have been sufferers even when it wasn’t their fault. So if you want to know about them and meet the last three brave survivors then do visit this museum and find out the history of Cambodia. Book your trip to Cambodia with TravelTriangle now!

Best Places To See On A Trip To Vietnam And Cambodia 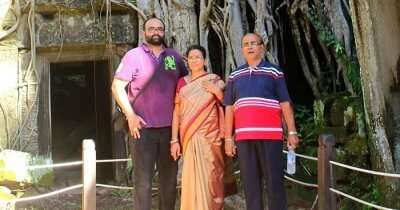 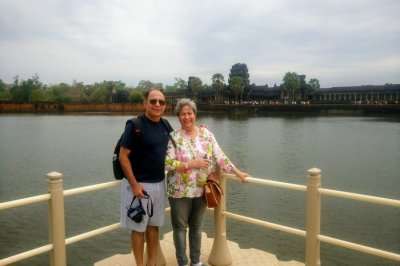 How To Spend 11 Days in Vietnam And Cambodia In 2019: Take Tips From Raman And His Buddies 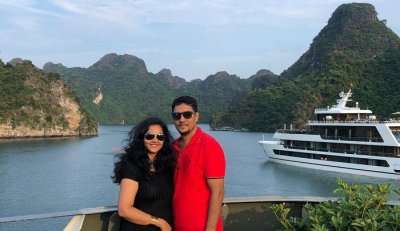