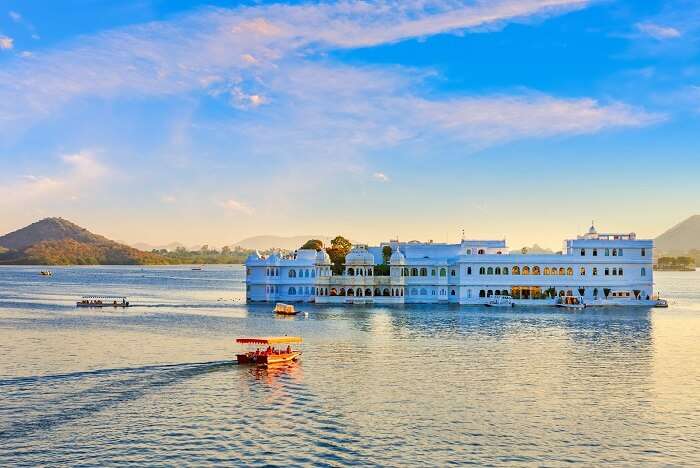 Udaipur, the City of Lakes, has left behind some major cities of the world to bag for itself the third position among the 15 best cities in the world. Following the two Mexican winners San Miguel de Allende and Oaxaca, Udaipur has surely surprised the world by this unexpected, but totally deserving feat!

A poll was conducted wherein travelers voted for their most preferred travel destinations. The cities were ranked on the basis of culture, cuisine, places to visit, things to do, shopping, and value for money. Udaipur is the only Indian city which made it to the list leaving behind other top tourist destinations of India. Voted as the “best city to visit” previously in 2009 as well, Udaipur has shocked the world yet again!

Chairman and Managing Trustee of Maharana of Mewar Charitable Foundation (MMCF), Shriji Arvind Singh Mewar showed his gratitude by saying, “The Travel + Leisure ranking placing Udaipur in the third place is a major honour for every citizen of the city. I wish to congratulate all agencies of the government and the tourism industry who have continued to do their best for the city of Udaipur.”

Suggested Read: Soon You Will Be Able To Travel From Delhi To Panipat In Just 60 Minutes!

Known as the ‘Venice of the East’, Udaipur is a land of grandeur and royalty. It adorns grand mansions, majestic forts, beautiful lakes, and vibrant culture along with some beautiful luxurious villas and resorts for a comfortable stay for its guests. Another factor contributing to the success is the grand City Palace, that plays an active role in promoting this city both in India and abroad. The city holds a record of attracting over a million visitors each year since 2016-17 owing to the City Palace Museum alone!

Further Read: India’s Fastest Train Is About To Get A Makeover & Our Bags Are Packed Already!

When are you visiting this beautiful City of Lakes? Book your trip to Udaipur with TravelTriangle now and enjoy the rich cultural heritage that is sure to leave you awestruck!

Mount Everest Welcomes You With Open Arms: The World’s Tallest Peak All Set To Reopen In April 2021