9 Unclaimed Islands That You Can Claim As Your Own 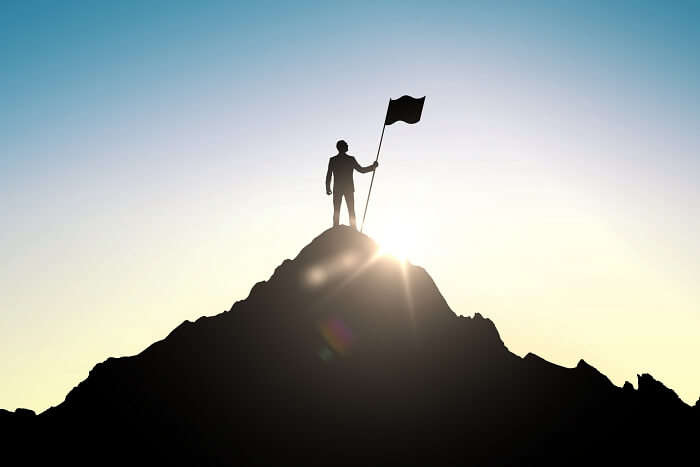 Would like to rule a kingdom? What if we told you that you can start your own country? Would you believe us or just let it pass? You might think it is a joke, but it is closer to the truth that you can imagine. Now that you think of it, what better way to evade taxes and political interference than getting your own country? A place where you can skip a red light because you can or have no neighbours parking on your spot. Ah, the bliss. However, to become the prime minister of your own micronation, you have to keep a few things in mind. And unless you have an overflowing gold mine, your wish of having a kingdom will come as close to fulfilling as unrequited love. But you can always dream, right? Anyhow, here is a list of unclaimed islands where you can hammer your own flag into the land!

9 Unclaimed Islands In The World

So, which of these unclaimed islands do you wish to call your own? See what all they hold and take your pick before someone else puts their name on them!

The best way to conquer a country is to go somewhere nobody lives. Like North East Caye Island in Belize. No bloodshed, no foul. There are a lot of small tropical islands in Belize that are on sale. So, if any of the little specks catches your eye, just pay the government and make it yours. Some of these unclaimed islands are semi-developed while others are little more than an abandoned patch of land. And with the beach-like settings, who knows if your neighbour turns out to be an actual celebrity?

Must Read: 10 Spectacular Beaches In Belize For A Dose Of The Sun, Surf, And Sand

There are patches of land that governments fight for, and then (surprisingly) there are those nobody wants. Bir Tawil is just that place. Stuck between Sudan and Egypt, it is like a child whose existence its parents forgot. While the two countries dispute over the Hala’ib Triangle, Bir Tawil has been lying there unclaimed since 1899. It has been claimed by many people – one of those being Suyash Dixit, the man who invited the world over to his self-styled government in the “Kingdom of Dixit”. He even has his own flag. Just beat that!

Suggested Read: Here’s How An Indian Became King Of An Unclaimed Land In Africa

After 7 billion people and 204 countries, how much space do you think is left for grabs? A rock or two? Rockall is basically a rock that remains uninhabited. Though it was incorporated by the government of the UK 1955, it still remains undeveloped and unconquered. The 56 ft high and 82ft wide island gives a new meaning to the idiom “between a rock and a hard place”.

10 miles off the coast of Scotland, Ailsa Craig is a private island up for sale since 2011. Some parts of the 99-hectare island have been claimed, but it largely remains under the guardianship of trees and birds. A nothing-about-this-is-affordable patch of land, it used to be a haven for Catholics in the 1500s, but that time is long gone. The owner, 9th Marquess of Ailsa, is ready to bestow it to a new Lord. Do you wish to be The One?

Suggested Read: Shopping In Scotland: Get Off The High Street To Find The Hidden Treasures

If you pass by an empty island, you will most likely ignore it, or if you have nothing else to do, you’ll spend some hours there and go back home. This is not what Louis Robert Harold Stephens did when he spotted a trio of islands sitting in a park and doing nothing. By adopting these unwanted, unused, and unclaimed little islands that had paled into invisibility, he became the father of the nation. Not ours! But of the Lagoan Isles. A school teacher before the ‘rediscovery’, he styles himself as the Grand Duke. They still remain desolate and unoccupied, but maybe you can swim across and save the islands in distress?

Location: Portsmouth
Best Time To Visit: All around the year

Suggested Read: 10 Top Things To Do In United Kingdom For A Fun-Filled Holiday Experience

Snow? Surely talking about Europe? Well, you wish. This large uninhabited area is not on the usual world map – it is below it. Much, much below it. In Antarctica. And the best part is, when you hammer your flag in, nobody is going to notice (or care)! And the flag will just freeze there until the kingdom comes. Also, it is about time our winged friends get a neighbour. Who knows, you might spot (or cuddle) an emperor penguin there. Then you can officially say that you rub shoulders with royalty!

No, it is not just a prop. Or is it? Perhaps one of the smallest “kingdoms” or housedoms, if you would like to call it, PROP is in Northern Ireland. Or shall we say, “surrounded by Northern Ireland”? The leader, Simon Stewart rules the mansion-sized kingdom with a firm hand. The micronation has its own “Wall of Podjistan” called Howlers’ Wall. If you too want something like that, let the simmering pot of Brexit cool and then move to your own personal zone!

One of the unclaimed islands in the world is The Eel Pie Island located on the River Thames in London. For all travel enthusiasts and nature lovers, the Eel Pie Islands is a treat to visit. Tourists can access the islands only by boat or by a bridge. It is said that British comedian Danny Wallace invaded the island back in the year 2005. He invaded the island as a part of the series “How to start your own country”. It was his efforts when Eel Pie Island was recognised as the largest hippie commune in the UK.

Location: On the River Thames in London
Best Time to Visit: Throughout the year

Suggested Read: 28 Best Islands In Maldives For Honeymoon In 2022 For An Instant Cupid-Strike

Upper Fort/Knights Residence in Birgu which is also called Vittoriosa is regarded as one of the unclaimed islands in the world. The island is inside the European Union. The island is said to have belonged to the Republic of Malta and it was leased for 99 years to the Sovereign Military Order of Malta which is also a recognised entity within the United Nations.

Location: Birgu (also called Vittoriosa)
Best Time to Visit: All round the year

Further Read: 13 Best Things To Do In Summer In Ireland In 2022 For A Chilled-Out Holiday

Owning an island, isn’t that rad? You can if you have enough money to squander on utter isolation. While some buy private islands, we should aim higher and buy private countries. Such claims, most of the times, are never honoured, but that does not mean you are not allowed to do it. You might have to travel long distances and wipe all the savings in the process, but it still sounds like an accomplishment. So, how about you get your truckload of cash and email your rights to the UN?

Can I claim Bir Tawil?

There is no basis in international law for either Sudan or Egypt to claim both territories, and neither nation is willing to cede Hala'ib. With no third state claiming the neglected area, Bir Tawil is one of the few land areas of the world not claimed by any recognised state.

Can you buy an island and make it your own country?

You can buy islands in many countries, but that means that you are a landowner, not a separate country.

Where can I live off grid legally?

A man has claimed ownership of a no man's land in northern Africa and declared himself king. Suyash Dixit named the land 'Kingdom of Dixit.'Officially, it's called Bir Tawil.

Who owns the most land in the world?

With her 6.6 billion acres, Elizabeth II is far and away the world's largest landowner, with the closest runner-up (King Abdullah) holding control over a mere 547 million.

Is there any unclaimed land in the world?

Yes, there are many unclaimed lands in the world and the biggest unclaimed territory is Antarctica.

Can you claim an unclaimed island?

Is there any unclaimed land in the UK?

Yes, there still unclaimed land in the UK.

Inspired By Hangover 2, He Planned a Trip To Thailand, And Boy Was It Good!

Which Network Is Best In Andaman? Doesn’t Matter, Manas’ Andaman Trip With Family Was All About Disconnecting!