Wasgamuwa National Park: A Pocket Guide For A Fun Wildlife Encounter In Lanka 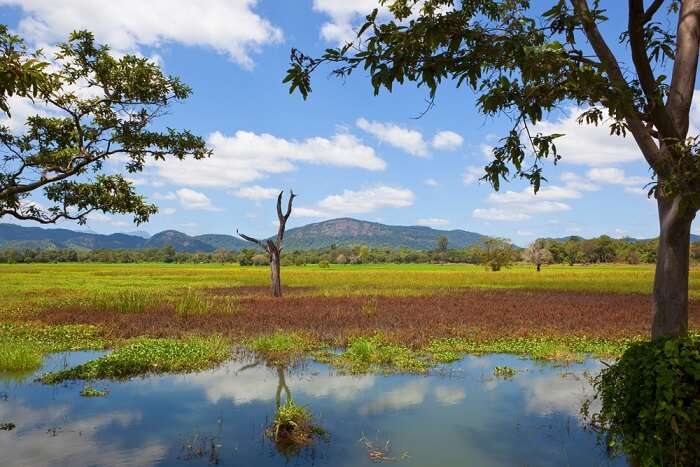 The Wasgamuwa National Park is located in the Sri Lankan districts of Matale and Polonnaruwa. The natural park is about 225 kilometres away from the capital city of Colombo with the nearest town being Polonnaruwa. Wasgamuwa is spread over a sprawling 36,900 hectares, surrounded by River Amban Ganga and River Mahaweli Ganga on the eastern and western sides of the National Park. In the year of 1938, some parts of the park were declared as ‘Strict Nature Reserves’ after which the surrounding areas were also pulled in, that is how the whole park that is now spread over a humongous area of 36,900 hectares came to be known as, the Wasgamuwa National Park in 1984. 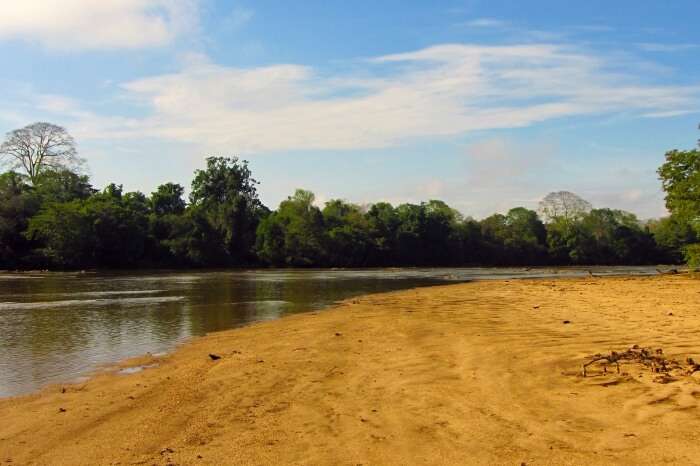 The best time to visit the Wasgamuwa nature park would be from the months of November to May as the weather is pleasant and also makes for the best time to spot elephants at the park. 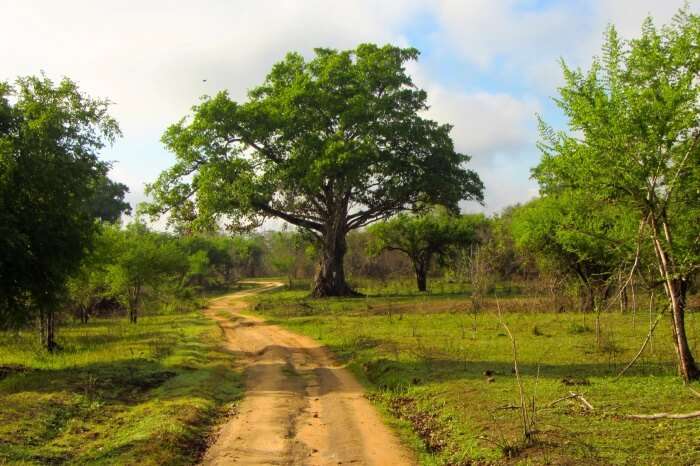 The park location is suitable for travelers coming in from any part of Sri Lanka, especially those traveling from Kandy. The entry point to the park is at Handungamuwa and can be accessed from Kandy, Hasakala and Hettipola. The National Park is about 57 kilometers away from Kandy and takes about 1 hour to reach you to the entry point of Wasgamuwa.

Must Read: Viharamahadevi Park: A Handy Guide To Explore This Nature’s Paradise In Sri Lanka! 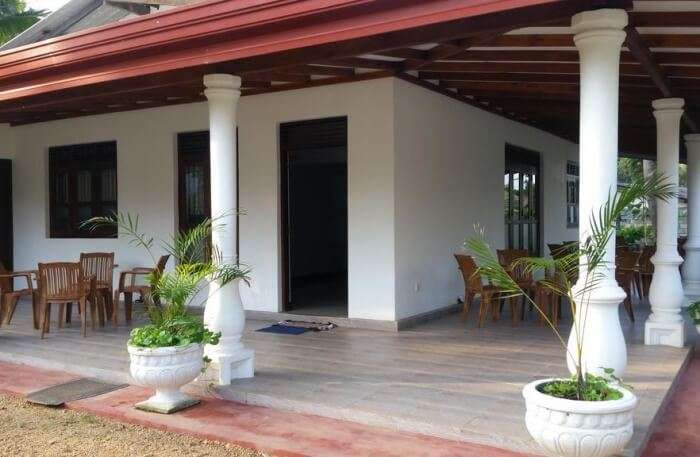 There are three bungalows within the park where you can stay if you’re looking for an insider experience in the midst of wild animals. The three wildlife bungalows at the park are the Kadurupitiya bungalow, the Mahaweli bungalow and the Wawul Ebe bungalow. Looking for a more rugged experience? Stay put at one of the five campsites around the National Park. You can choose from the Medapitiya I and II, Mahaweli Ganga I and II, Waulebe, Hatharaman Handiya and the Ulpathhatha campsites.

Things To Do At Wasgamuwa National Park

Here is a list of some of the things you must try in this scenic national park of Sri Lanka to experience the best of wildlife around. Take a look for all you need to know! 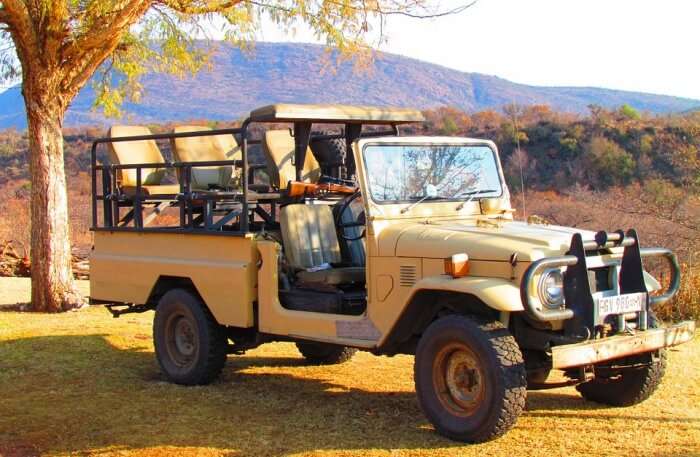 Discover the beauty of the wild animals and birds at the Park through a safari ride that fills you up with some of the freshest air you’ve breathed in the longest time. While you enjoy the drive through the forest, the assigned driver drives you through the woods of the Wasgamuva National Park where you’ll see miniature versions of water pools. In these water pools, you’ll find pythons, crocodiles and other reptiles slithering all through the day while aquatic birds bathe themselves in the water pools of the park. If you love photography, Wasgamuva is the best place for you to pull out your cameras and capture nature at its very best. Make sure you don’t make noise while you are on the safari as most of the animals escape into the dense forests at the sight or sound of humans. If you’re lucky, you might also get to see herds of elephants chewing on fresh green grass while lounging in the open areas before it gets too sunny in the afternoons which is nap time for them.
Safari price: The safari price is INR 2139 and is inclusive of a guide who drives you around the park in a safari jeep. The jeep also offers pick-ups and drops to areas that fall within 5 kilometers from the park’s main gate.

Safari duration: The duration of the safari at Wasgamuwa is about 3 hours.

Best time for the safari: The best time to do a safari through the park is from 6am to 9am so you get a chance to hear the birds chirping around the forests along animals marching up and down in search of food. Another option is the evening slot which is from 3pm to 6pm. However, we suggest you go for the morning safari session.

Suggested Read: Galle Face Green- An Urban Park In Sri Lanka’s Colombo With a Historical Past 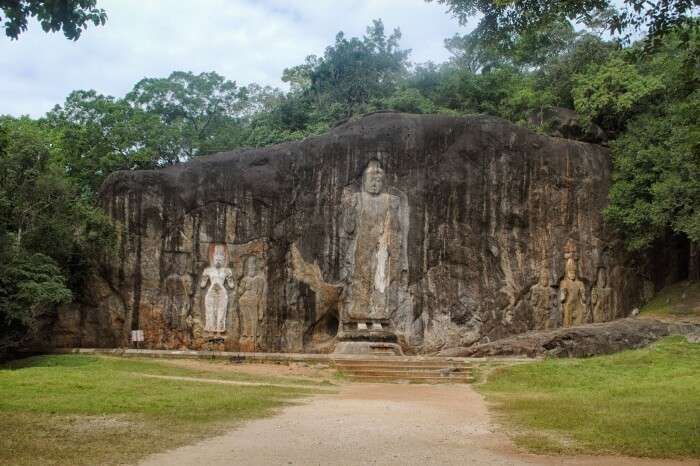 If you’ve got enough time on hand and want to explore the wilderness of the park a little more in depth, we suggest you be a part of Wasgamuva National Park camping. The camp extends to three days and two nights, is inclusive two safari sessions at the National Park. The best part about the camp is that you’ll be living in standard tents with fellow campers and can have the time of your life while the organizers set up a three-course barbecue dinner for you that you can enjoy in the under a starry night sky. There are a lot of tour groups and companies that organize camps the Wasgamuwa National Park in Sri Lanka.

Suggested Read: 10 Restaurants In Hikkaduwa, Sri Lanka, That Will Tickle The Foodie In You 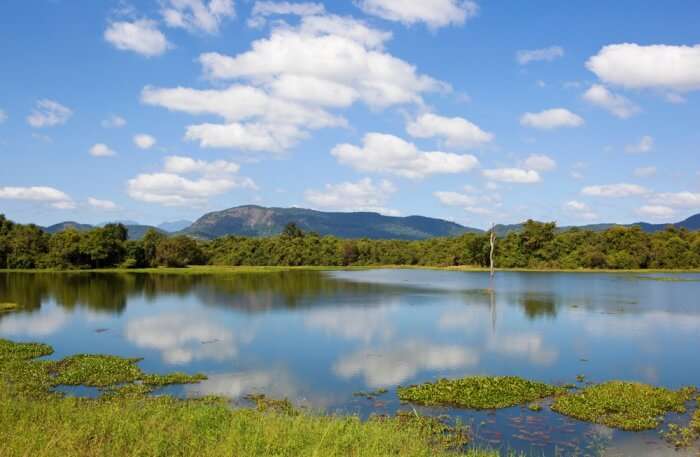 The National park has plenty of birds and animals that make up most part of the forest population. When you’re on the safari at Wasgamuwa, here’s what you should expect to see:

A visit to the park is an escape into the wild and is a much-needed break from the urban lives that we are constantly entangled in. Find yourself in the midst of some of the most beautiful forests as you are enthralled by the soothing sounds of nature at Wasgamuwa National Park. So, book your trip to Sri Lanka with TravelTriangle and experience the best of its wildlife with your loved ones!