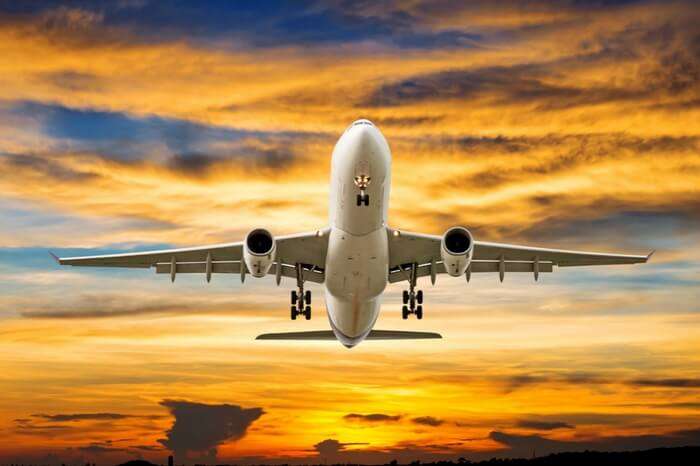 UDAN – GoI’s Regional Connectivity Scheme (RCS) is all set to take off as Ministry of Civil Aviation announced an addition of 45 airports and 128 new routes in the first phase, last week.

Named Ude Desh ka Aam Nagarik, the revolutionary policy under which prices for all one hour or 500 km flights were capped at INR 2,500 was approved by Union Cabinet in 2016 (source). On Thursday, March 30, 2017, the Ministry of Civil Aviation announced that a total of 128 routes will be made operational in the first phase of the project. Also, 45 airports which are currently either unserved or underserved will be revived.

Operations To Begin By End Of April 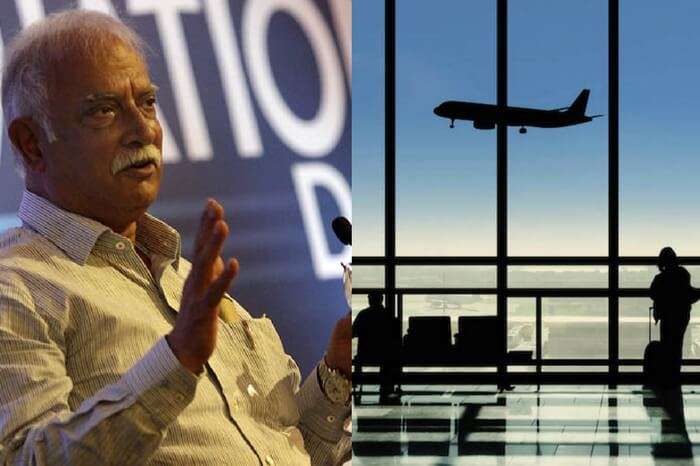 The new circuits will be covered by five different airlines Air Deccan, Alliance Air, Air Odisha, SpiceJet, and TruJet. The best part is, the proposed new circuits will include the best of major tourist attractions like Shimla in the north, Shillong in the northeast and Diu in the west. The flights will start functions on some of the routes by the end of April, and the remaining routes will become operational by the end of September.

The announcement also states that the airlines will sell 50 per cent seats of the RCS flights at fares not exceeding INR 2,500 for a one hour flights. Rest of the 50 per cent seats can be sold at the market prices.

List of 45 Underserved Airports, Operating Airlines & The Routes They Will Operate On

See the below list for a broad layout of the first phase of UDAN. The table includes names of underserved or unserved airports, cities connected on the route, airline operator, and the month in which the services are likely to begin. 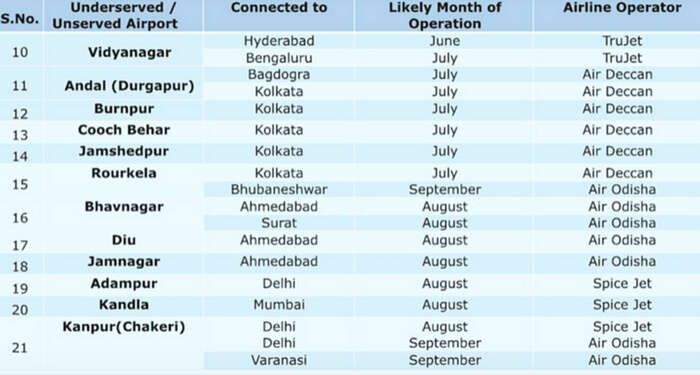 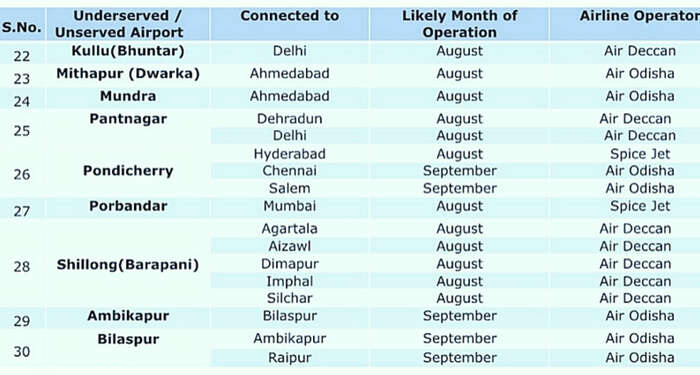 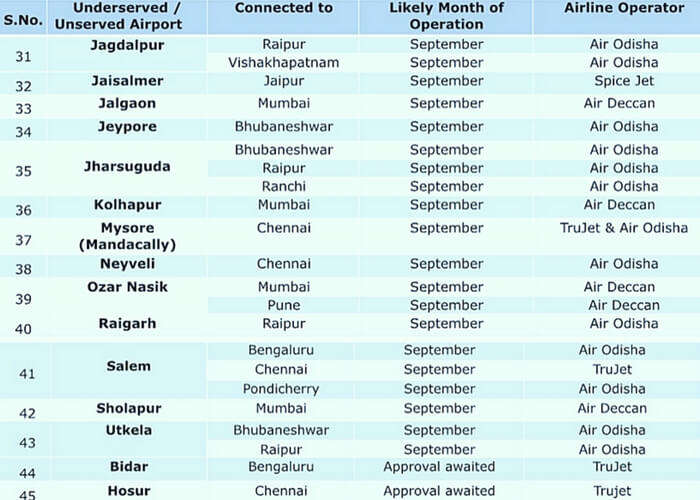 Currently, only 2% of India’s population has the luxury to fly, but according to Civil Aviation Minister Ashok Gajapathi Raju, India will be world’s third largest aviation market by 2022.

Aviation Secretary RN Choubey said, “In the century of civil aviation in India, only 76 airports were connected with scheduled commercial flights. Now in one year, 33 airports which did not get flights will be on the air map. We are going to revive 50 airports in next two years in small towns. The second round of bidding for flights under RCS will happen much before the earlier envisaged gap of six months.” 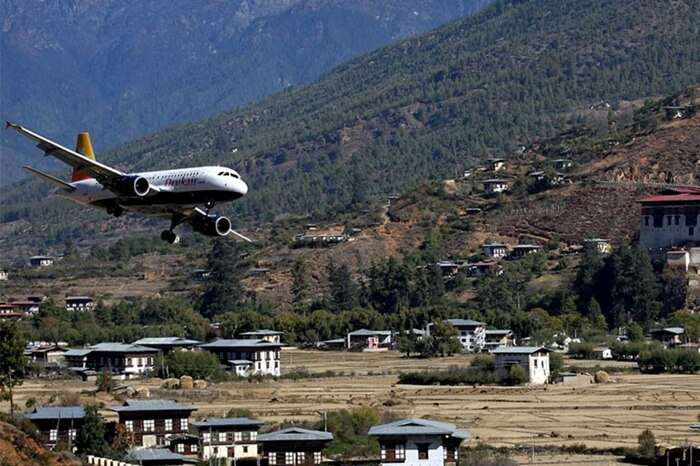 The initial round of UDAN will fund the airline companies a sum of 205 crores of as VGF (Viability Gap Funding) for about 6.5 lakh seats. It is a welcoming move considering that Indian aviation sector, which recorded 139.32 million domestic and over 50 million international air travelers in 2014-15 (source), has been eyeing to be huge in the coming decade. Also, in 2016, the sector saw a significant reduction in airfare by about 28%, and a 23% growth rate in domestic passenger traffic, which is among the highest in the world.

India is moving fast, in fact, it’s soaring high up in the sky. When are you booking your next flight to Kullu? It’s already so hot here in Delhi!