4 Airports In Las Vegas To Step Into The City With Utmost Ease In 2021! 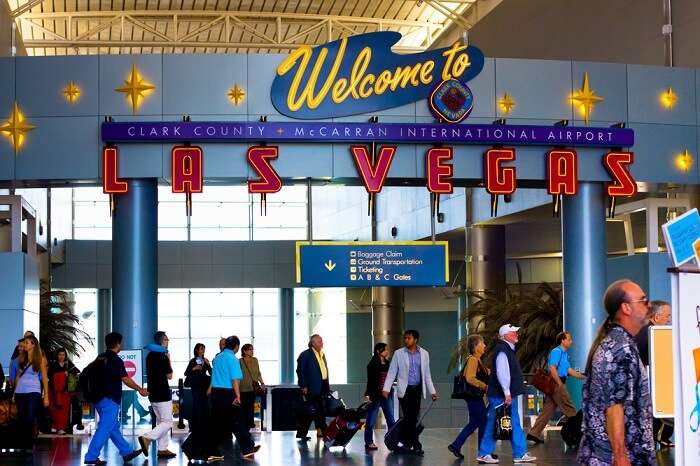 The City of Las Vegas, which is known as Las Vegas or even Vegas, is one of the most popular cities in the U.S. Renowned in the world as a major resort city, Vegas is mainly known for its entertainment options, vibrant nightlife, casinos, shopping and exclusive dining facilities.

Understanding the popularity of the city, it is obvious that millions of people visit the place from all around the world. Las Vegas welcomes millions of travelers and tourists annually and the numbers are constantly increasing. The various airports in Las Vegas cater to the needs of the people wishing to visit the city and fly out from the same. It is interesting to see that along with international travelers and tourists, many people from different states of the US also visit Las Vegas. And flights are the most convenient way of connecting to the city.

There are more than one Las Vegas airports and each one of them is unique. Here is a comprehensive list of airports in Las Vegas, you should look forward to!

McCarran International Airport is one of the best international airports in Las Vegas, which serves Las Vegas Valley. The airport is located in Paradise, which is at a distance of about 8 kilometers south of Downtown Las Vegas. Las Vegas airport code for this one is LAS as per IATA, KLAS as per ICAO and LAS as per FAA LID. Innumerable airlines operate their flights from the airport to various destinations in Europe, North America and Asia. The airport caters to passenger as well as cargo travel. Reaching the McCarran International Airport is quite convenient by car as well as by bus. There is the availability of bus services to and from the airport. The technology at the airport is updated so that passengers get proper and accurate information on Las Vegas airport arrivals, departures, delays, cancellations and so on.

Must Read: Places To Visit In Las Vegas: 10 Places That Will Change Your Opinion About The Sin City

If you check Las Vegas airports map, you will see that Henderson Executive Airport occupies an important place in the same. It is a public airport and situated at a distance of about 20 kilometers south of the central business district of Las Vegas, Nevada, United States. The airport was initially known as Sky Harbor Airport, but in 1996 it was renamed as the Henderson Executive Airport and started acting as a reliever airport to McCarran International Airport. The airport is spread over an area of 760 acres. It is at a distance of 12 miles of the Las Vegas strip. The footfalls in the airport are seeing a steep rise over the years and will continue to do so in the coming years.

Suggested Read: 8 Best Villas In Las Vegas For A Luxurious Stay In This Bling City

North Las Vegas Airport is one of the most important airports in Las Vegas. It is one of the most convenient and economical gateways to downtown Las Vegas and the world-renowned Strip. Many people who do not want to access the busy McCarran International Airport, often access the North Las Vegas Airport. It is because of its proximity to Las Vegas Strip and downtown Las Vegas. Being the second busiest airport in Las Vegas, locally, it is known as Northtown. The airport is extensively used by many helicopter operators. The airport is spread over an area of 920 acres with three asphalt runways. Located at a convenient location, the airport can be accessed easily from almost all parts of Las Vegas.

When people ask how many airports in Las Vegas, the name of Jean Airport features in the list for sure. The airport is a public one and located at a distance of 2 kilometers south of Jean. Jean is a small town in Clark County, Nevada. The airport is also known as Jean Sport Aviation Center as it is used excessively for sports aviation and adventure activities like skydiving and gliding. The airport spans over an area of 232 acres.

Further Read: 10 Most Famous Restaurants In Las Vegas You Must Drop By

These are the major airports in Las Vegas handling good number of passengers annually. So, now you know how to start with while holidaying in Las Vegas. What are you waiting for? Plan a trip to Las Vegas right now and have the most comfortable experience of traveling ever!

Las Vegas is located at a distance of approximately 12876 km from Delhi and the average time taken to reach Las Vegas from Delhi by flight is 19 to 20 hours.

Which facilities are provided at McCarran International Airport?

Which airlines provide services between Delhi and Las Vegas?

How far is McCarran International Airport from Downtown?

McCarran International Airport is located at a distance of 9.4 miles from Downtown and it takes around 15 mins to reach the Downtown area from the airport by a hired taxi.

How many airports are there in the Nevada area of Las Vegas?

There are a total of 54 public airports in the Nevada area of Las Vegas.

10 Casinos In Las Vegas To Prove Your Gaming Skills!