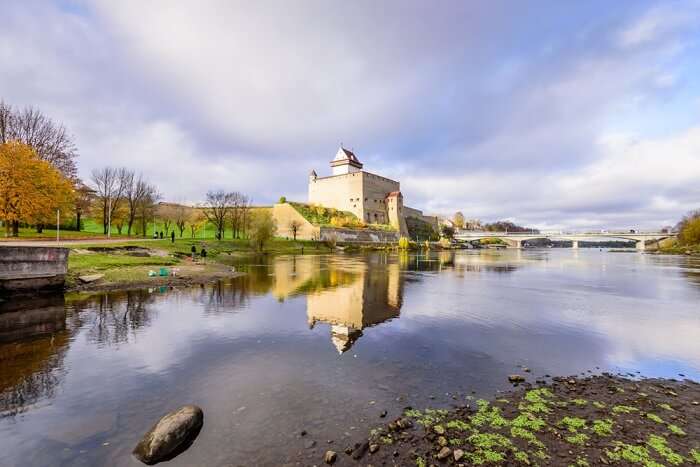 Placed in the Baltic province of Europe, Estonia is a nation with a developed global level and an advanced economy. Tallinn is the biggest town as well as the capital city of Estonia. Despite the truth that the nation’s overall population only crosses a few million, the country is intensely blended among the leading countries. It is a perfect destination all around the year, but visiting autumn in Estonia is a fantastic experience for the tourists as the entire land covers with yellow flowers and leaves.

Tourism is instituting its origins as the spectacular islands, ancient towns with majestic infrastructures, national parks with a vast range of wildlife attract tourist’s crowd to the Estonian coasts. It was so marvellous; we are speechless and don’t have the appropriate words to express how astonishingly beautiful the autumn in Estonia looks.

6 Best Places To Visit In Estonia In Autumn

Knowing beforehand where all to head this in the autumn season for a grand tour of the European land of Estonia will surely be an advantage for you if nothing else. Scroll down to know what all is in store!

It is an enthralling destination in Estonia's south-western part. It was formerly formed to preserve great swamps created as a consequence of low-lying icebergs. Autumn in Estonia is the perfect destination to visit the site; it incorporates flooded meadows and billowing sand dunes that vacillate colors amid light brown and lush-green. The Visitor Center's modern establishment has flourished ecotourism in the area as media pioneers bring more travelers. Kayaking and canoeing in the streams that intersect the park is a widespread tradition as well as trekking along the pastures to traverse the crooked cranes/lighthouses and wooden farmhouses.

Must Read: Experience Estonia Nightlife At Its Best By Visiting These 15 Places

A little municipality settled in the south side of Estonia, Viljandi is an ancient city bragging a rich past. It is sometimes remembered as the country's cultural capital just because of its extensive traditional significance. It still emphasizes a few of the old-fashioned buildings and infrastructures like the Viljandi Order Castle. The yearly festival of folk music is the most significant point of attracting tourists here, and they take part in all concerts and shows organized around unbelievable tourist spots to traverse autumn in Estonia.

Suggested Read: 17 Fascinating Things To Do In Estonia For An Extraordinary 2022 Trip

It is the biggest island of Estonian placed on the Baltic Sea shore averaging a staggering 2,700 square km of territory. The island had an eight thousand-year-old memoir as per the archaeological acquisitions and was dictated by various foreign associations. The scenery is enthralling that incorporates breezy, lush-green pastures with spinney windmills at particular places. Autumn in Estonia is a great time for visitors to traverse the castles and their ostentation territories in Kuressaare. Aside from that, trekking within meteorite cavities, spas in hot seasons and experiencing the broad Saaremaa legends are great exercises for tourists.

Embracing a mountainous area of around 700 km, Lahemaa is Estonia's very famous national park. It unquestionably is the most significant protected natural province in Europe, and its sandwiched place amid the highways out of Tallinn and salty Baltic make it a perfect location for leisure trips during daylight. The pine-studded backcountry forests and marshy grounds offer quietude and ideal picnic destinations. For active exploration, covering boardwalks have been proposed that curves through the thick hedges and clean aquatic bodies. Sagadi Village is located straight in the core of the park where tourists can meditate over the engrossing cultural legacy of the area.

Suggested Read: 12 Best Places To Visit In Estonia In 2022 For Seeking The Ultimate Adventure

Toompea is a magnificent limestone mountain standing gorgeously in the center of Tallinn, the famous capital city of Estonian. It glides in a conglomeration of crania and historical onion-colored ramparts by which the icy alleyways move. Toompea is of ultimate historical and national importance to the community of Estonian as of now it houses the parliament as well as the government offices. The Tall Harmann Tower and Toompea Castle have also settled up overhead to the hill. Other tourist spots incorporate a science academy and an art deco.

Mounting the border of Russia in the easternmost portion of the nation, Narva has a collectively strange feeling for it, pertinent to the different municipal regions. After World War II, the precinct has expanded into a wonderfully planned continent. Narva was residence to various magnificent Narva Castle and Danish Kings, gratified in its whitewashed ramparts, persists its base. The Narva Museum, where several exhibitions are illustrated reciting to skill-developing workshops and prehistoric handicrafts from prehistoric times. It is an ideal destination for all age people to experience the real pleasure of Estonia Autumn Holidays; all are suggested to trip here to feel the beauty of nature and mountainous landscape.

Suggested Read: Things To Do While Celebrating Christmas In Europe: A Perfect Vacation

4 Best Things To Do In Estonia In Autumn

So, while you’re out and about in this scenic land of Europe, why miss out on the best experiences? Take a look to know what awaits you here and add more charm to your vacay!

The quaint small thorp of Viljandi in the south side of Estonia overlooks a charming lake and is house to the remarkable hilltop vestiges of the 12th-century fortress of the Teutonic Order that embraces a region of around 8-hectares. Viljandi is the center of the largest yearly music festival of the country and folk music that is celebrated as a festival on the last week of July during which shows are organized in the palace and various places around the city. Charming streets of Viljandi in Estonia, Europe are adorned with 8-large poured strawberries that head to the naïve painter Paul Kondas gallery, where the designer's impressive artworks are on exhibit, incorporating his well-recognized "The Strawberry Eaters".

The incredible Toy Museum is situated in one of the earliest enduring wooden infrastructures of the Tartu's University City. On exhibit is a property of things incorporating Estonian farm kids' toys, like hand-made wooden agrarian animals, and Communist toys that were chiefly educative in nature. These well-admired objects offer an enthralling insight into the experiences of Estonian kids everywhere the years.

Suggested Read: 15 Offbeat Destinations In Europe In 2022 That Are Straight Out Of Fairy Tales

The famous Song Festival, a massive open-air choir show where numbers of groups engage, only takes place every 5-year (the next is 2024) but is unquestionably deserving the wait. This is the great destination to celebrate Estonia Autumn Holidays. This myth dates back to the year 1869 throughout the National Awakening, a period when Estonians began to recognize themselves as a consolidated nation. Later on the Singing Revolution of the year, 1988 witnessed thousands of crowd reception in the Grounds of Song Festival singing jingoistic songs and commanding Estonian sovereignty from the rule of Soviet. Listening 18000 voices hum at once throughout the festival season is a truly exceptional and inspiring adventure.

Positioned in an incredible 15th-century infrastructure, once the head office of the Great Guild, History Museum of Tallinn possess a perpetual accumulation named “Spirit of Survival” that outlines the history of Estonian over the last 11000 years with a range of interactive displays. It’s meriting touring the gallery for the construction alone, with its intricate woodwork and huge cellars. The basement exhibits scatter light on the architecture past days as an auction place for art in the mid-18th century, up till the year 1896 when it entertained the town’s premier film show.

There are 4 Seasons in Estonia out of which autumn is an ideal time to plan a trip here. During autumn the temperatures come down quickly from mid-September onwards, although this season can be exceptionally fantastic for the tourists, they will get the eye warming experience of dark-green pines contrasting with the golden brown leaves of deciduous trees. We have discussed above the major places where tourists can feel the real pleasure of autumn in Estonia and also included the things that tourists can do during the season. So, plan your trip to Europe for a unique holiday experience with your loved ones!