10 Best Airports In The Bahamas For The Most Comfortable Trip Ever! 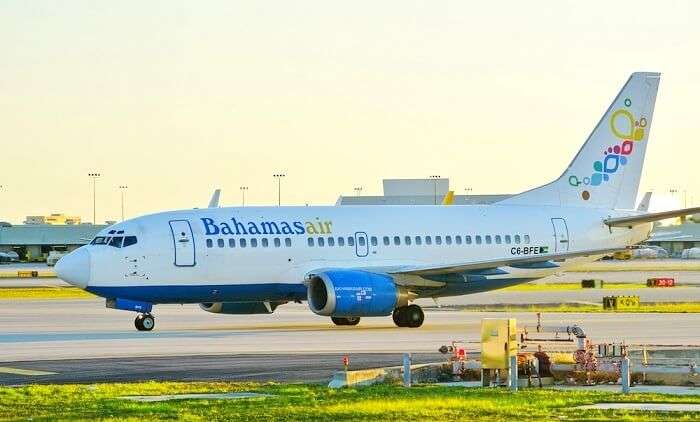 The country of Bahamas doesn’t necessarily need a separate introduction. This beautiful and magnificent archipelago is everything one needs to see and visit at least once in their lives. The wide range of over 700 and more islands is what makes this place an exuberant site of attraction. A place for the adventurers in town – snorkeling and scuba diving are two of the most common things that the majority of the tourists tend to indulge in. The airports in the Bahamas have such amazing connectivity that has made this one of the best countries around the world to visit.

Top 10 airports in the Bahamas

Take a look at this list of airports in the Bahamas which will offer you an experience of lifetime as they are filled with luxury and hassle-free travel!

Also often known as the Nassau International Airport, the Lynden Pindling International Airport is the largest airport in the entirety of the Bahamas. Not just that, it is also the largest international gateway to the country and is one of the major hubs for the Bahamasair. It is located near the western New Providence Island in close proximity to the capital city of Nassau. It more or less hosts flights and aircraft from around the world and is thus known around as being the most popular airports in the Bahamas. The Nassau Bahamas Airport Code is NAS.

Must Read: 10 Best Places To Visit In Bahamas For An Ultra-Luxurious Holiday 2022

The Grand Bahama International Airport is a private firm owned airport that has gained prominence over the course of years. It is predominantly a joint venture in between Hutchinson Port Holdings and the Port Group. The entirety of the airport is spread around a total area of 741 acres and is located adjoining to the Freeport Harbour Company Limited. Apart from this, this is also one of the two airports in the Bahamas which has the US Border Preclearance Facilities with it.

Also known as the Leonard M. Thompson International Airport currently, the Marsh Harbour Aiport that serves the tourists travelling to the Marsh Harbour which is a place located on the Abaco Islands in the Bahamas. The airport offers extensive services to other airports like that of Nassau and even to some airports located in Florida, United States. The terminal of the airport is popular to sport some amazing architecture that reflects the amazing beauty of the Bahamas. The renaming of the Marsh Harbour Airport to the Leonard M. Thompson International Airport was done on May 25, 2016.

Suggested Read: 7 Hostels in Bahamas That Are A Perfect Blend Of Luxury And Comfort

The Treasure Cay Airport, just as the name suggests, serves better communication between the various cities to the Treasure Cay which is located in the Abaco Islands of the Bahamas. The airport is built over an elevation of around 8 ft from the sea level is not that big of an airport because of the small crowd that it attracts over the year. The entire airport comprises of one terminal building which has departures in one room and the arrivals in the other. You will also find a small shack selling snacks around the airport itself.

If you have been seeking airports in Eleuthera Bahamas, the North Eleuthera Airport is definitely one of the best around the place. It predominantly services its flights and transportation to the Harbour Island as well as the Spanish Wells. The code of the airport, in case you are curious, is ELH. It is one of the most convenient airport stops around the area.

Suggested Read: Bahamas Islands: A Guide To The Most Sought-After Vacation On Earth

The South Bimini Airport located in South Bimini in the Bahamas. While the place has gradually gained prominence, it is primarily still one of the best around to travel to and from the city of the South Bimini. Apart from that, this airport rose into prominence following its appearance in the television show, the Destination Truth. The airport code for the place is BIM and it is a great gateway to other parts of the Bahamas as well. Yet another amazing thing is the fact it might not be one of the international airports in Bahamas but is a great resting spot with the wide range of hotels and resorts found around.

Yet one of the key airports in the Bahamas is the Exuma International Airport. It is actually a public airport that serves the entirety of the Great Exuma islands located in the Bahamas. Located near the Moss Town in the northwest of the George Town, this airport is a key gateway and entry for the tourists travelling from around the world. It is predominantly witnessed to provide the airport services to the light aircraft as well as the regional jets from around the Bahamas as well as the United States of America.

Suggested Read: Top 5 Bahamas Cruise From Miami That Are Worth Every Penny That You Spend

Suggested Read: 10 Best Restaurants In Bahamas To Taste The Exquisite Island Cuisines Of The Nation!

When it comes to the mapping of airports in the Bahamas, the Governer’s Harbour Airport is located in the Governor’s Harbour on Eleuthera in the Bahamas. It is the second most active airports around in the city of Eleuthera and is considered as quite a popular airport gateway for travelling to and from Eleuthera. The other great thing about this airport is the fact that it is located around 8 mins away from the main city which makes it easier for you to navigate your way around. The airport code is GHB,

Further Read: 10 Best Bahamas Nightlife Experiences That You Must Not Miss Out On

Owing to the rush of tourists that infiltrate the entirety of Bahamas throughout the year, it is not futile to say that the number of active airports around is abundant in numbers. If you have been fretting about the ins and outs of how to get to the Bahamas, you can have that problem wiped out of your list immediately. The options are quite abundant and even the interconnecting airports inside the city are quite extensive which is definitely what makes the process of travelling even easier. So, plan a trip to Bahamas and have an amazing experience!

Frequently Asked Questions About Airports In The Bahamas

How many airports are there in the Bahamas?

Which is the largest airport in the Bahamas?

Lynden Pindling International Airport is the largest airport in the Bahamas. It is located in Nassau, Bahamas. It has occupied an area of 247,000 sq ft. Bahamasair, Western Air and SkyBahamas are some of the airlines which fly through this airport.

How many international airports are there in the Bahamas?

Where is Marsh Harbour Airport is located in the Bahamas?

Marsh Harbour Airport is situated in Marsh Harbour which is a town in Abaco Islands, Bahamas. The distance of the airport from Marsh Harbour town is about 7.5 via S.C. Bootle Highway and Great Abaco Highway.

How many airlines do the Bahamas own?

The Bahamas owns 10 airlines that are operated by the Civil Aviation Authority of Bahamas.

Which are the cheapest airlines in the Bahamas?

Though airlines like Bahamsair and Western Air cost higher for the journey, there are some other airlines of the Bahamas which provide a good facility at a cheap rate. These flights are Southern Air Charter, Pineapple Air, and Flamingo Air.

Which is the most popular airline in the Bahamas?

Bahamasair is the most famous airline in the Bahamas. It has got the first rank in providing the best services in the list of Bahamas airlines.

With A Huge 135-Foot Water Slide, This Private Island Cruise By Royal Caribbean Is All You Need!

Sleep, Chill, Or Netflix: These Cool AirPods At Airports Will Soon Offer It All!

7 Airports In Seychelles If You Are Planning To Fly Here For A Vacation!