12 Festivals In Egypt In 2020 That Depict The Traditions Of The Country! 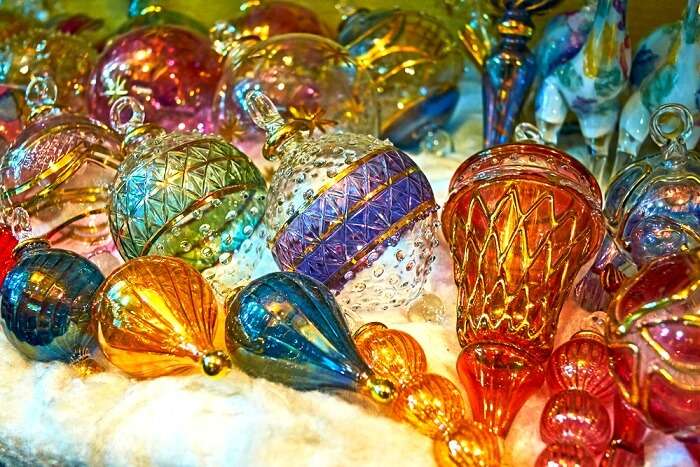 Egypt is a unique country that stands on the crossroads of Asia and Africa. The people in this country are really welcoming and so the festivals here are colorful and vibrant. Not only is Egypt known for its golden and grandeur ancient civilization, but also for its grand festivals that are celebrated today. As a place which is known for its unity and equality within the society, with Muslims and Christians living in harmony with each other unlike many other Middle Eastern nations, the unique spectrum of the Egyptian Civil Society of this ancient land is worth a watch. Here is a list of the amazing festivals in Egypt.

After some research and first-hand experience, we have come up with a list containing the best and the most unique festivals in Egypt that one should attend while planning to go to this beautiful Arab nation. We hope that our guide helps you have a fulfilling and enjoyable trip which adds more colors to your whole holidaying experience in the ancient land of Pharaohs and Pyramids:

Owing to its secularism and equality, the Christian holidays of Easter and Christmas both are national holidays and festivals in Egypt just like the Islamic holidays. Coptic Christmas is celebrated on the 7th of January and is celebrated all around Egypt regardless of faith and religion. Celebrated extravagantly especially in Cairo and Coptic regions of Egypt, the celebrations start around 1 week before the actual Christmas day. Following the evening mass and prayers, people gather to celebrate with a traditional dish of rice, garlic, and meat soup.

Another example of the religious harmony of Egypt, Eid Al Ghetass commemorates the baptism of Jesus Christ which is also talked about in the holy Quran. Celebrated since ancient times in the region which is present-day Egypt. This is a festival celebrated by all of the community of Egypt. This festival serves as an example of the excellent display of communal harmony in Egypt. The celebration is a grand affair and celebrated with traditional sweets.

According to ancient Egyptian mythology, the sun god was the most important deity for the ancient Egyptians. Celebrated at the biggest temple of the ancient world at Abu Simbel, the festival is celebrated in February and  October when the sun rays reach the innermost sanctums of the temple and only the statue dedicated to Ptah the goddess of darkness remains in the dark. Other important deities like Ra, Ramses and Amun get enlightened, creating a spectacular scene for all those that are present at the temple.

Also known as Sniffing the Breeze festival, the Sham Al Naseem festival celebrates the arrival of spring. Like any other place, this ancient festival which welcomes spring is celebrated by all the people regardless of faith. Families gather together and go for picnics to parks, beaches, and historical sites with a basket filled with traditional food items. Street dancers, entertainers, and vendors line the street and entertain the people.

The most important month in the whole year for Muslims all across the world, the month of Ramadan in Egypt gives some of the most beautiful and unique spectacles that you won’t find anywhere else in the world. During this month most Muslims avoid food, drinks, and cigarettes from sunrise to sunset. Bazaars and markets come alive with fairy lighting and loads of people breaking their fast and celebrating their culture with their family and friends. If you are planning to travel to Egypt, try and travel during this month to have the best spectacle of this unique festival celebrated by society.

Suggested Read: 7 Best Honeymoon Places In Egypt To Visit In 2020 For A Romantic Stint By The Pyramids

Although Egypt is a predominantly modern Islamic Society, the country hasn’t forgotten its extravagant past. The five day extravagant festival known as the Sphinx festival happens in the Red Sea resort town of El Gouna. This festival features various engaging activities related to the ancient Egyptian heritage and aims to educate people about ancient Egypt and inspires artists and travelers.

Suggested Read: A Thrilling Trip To Egypt From India In 2020 – Busting Common Myths About This Wonderful Country

Also known as the holiest day of the year, this holiday is celebrated by all the Muslims around the globe. Marking the end of the holy month of Ramadan, this festival invites great celebrations which goes on until past midnight. Everyone puts on new clothes and greets each other with treats which mostly includes sweets and tributes including clothing. Many rich and middle-class people do charity for the poor and needy wherein they buy clothes and food for them. Employees get a bonus from their employers and everyone celebrates the spirit of oneness, peace, and brotherhood all around the country. This is a great occasion that one must experience while going to Egypt. It is one of the best festivals of Egypt.

Popularly known as the “Sacrifice Feast” or the “Bakr Eid”, this perhaps is the second holiest day of the year for Muslims. It is one of the two holidays that is celebrated all around the world by Muslims in unison. It celebrates the will of Ibrahim, one of the important Prophets in Islam, to sacrifice his own son as an act of submission to the one true god Allah. Goats are sacrificed to celebrate this event and the meat from the goat is normally divided into three parts, the first 1/3rd part is consumed by the family, the second 1/3rd is given to relatives and friends and the last part is given to the needy and poor who can’t afford the same luxury.

Another one of the important Islamic festivals celebrated in Egypt, the Islamic New Year is one festival which is celebrated with grandness all around the world. New Year means new opportunities and new beginnings and the festival is celebrated by people in Egypt by preparing traditional Islamic as well as Arabic delicacies.

Suggested Read: Dine At These 10 Popular Restaurants In Egypt To Enjoy Its Finger-Licking Cuisine

Another festival dedicated to the auspicious Nile is Wafaa Al Nil or Fidelity of the Nile which is celebrated each year in the month of September to celebrate the importance of this river for the Egyptian people. This festival in Egypt is mostly a cultural festival which includes concerts, poetry readings, and events for the Egyptian children.

Suggested Read: Celebrate New Year In Egypt: Sail Into 2020 At This Egyptian Paradise

Leylet En Nuktah is one of the most famous festivals of Egypt. Egyptians worship the Nile as a deity because it was the place of the first civilization in the region and this auspicious motherly river still remains an important source of water as well as a livelihood for the Egyptian people. Ancient Egyptians used to celebrate this festival by worshipping the Nile river by sacrificing beautiful women to appease their gods. Although sacrifices are no longer a part of the tradition, modern Egyptians celebrate this festival by organizing picnics and family get together on the banks of river Nile.

Egypt is a unique, united, secular, and open society which displays a vibrant life. More vibrant than the community of this nation are the festivals in Egypt and we recommend you to try and witness most of the festivals on the list. We hope this guide helps you have a time of your life. Book your trip to Egypt with TravelTriangle now and get ready to have an enticing one by attending these Egyptian festivals 2020!

Q. What holidays do people in Egypt celebrate?

A. Holidays in Egypt consist of religious and national holidays observed by Egyptians across the nation, take for instance Coptic Christmas Day and Revolution Day, to name a few.

Q. What was the Egyptian afterlife called?

A. The Field of Reeds (sometimes called The Field of Offerings), known to the Egyptians as A’aru, was a mirror image of one’s life on earth. It is the realm of the dead in ancient Egyptian mythology.

Q. What is the purpose of the Opet festival?

A. In the celebration of Opet, the god Amon, Mut, his consort, and Khons, their son, made a ritual journey from their shrines at Karnak to the temple of Luxor. The journey is called Ipet resyt in pharaonic Egyptian, hence the name of the festival.

Q. What is the Best Time to Visit Egypt?

A. The best time to visit Egypt is during the colder months. October to April is an excellent duration for a pleasant vacation.

Q. Is it Safe to Travel to Egypt?

A. Yes, it is completely safe to travel to Egypt. The only thing you need to take care of is your belongings.

Q. What to pack for your Egypt Tour?

A. You should pack, sunglasses, hat, cotton clothes and sunscreen for your Egypt tour.

Q. What is Egypt famous for?

A. Egypt is famous for its ancient civilization and for some of the world’s most famous monuments which include the Giza pyramids, the Great Sphinx and the ancient temple of Luxor.

Q. What are the best food delicacies of Egypt?

A. Egypt is famous for food delicacies like Ful Medames, Falafel, Koshari, Mahshi, Shawarma, Molokhia, Fattah, Feseekh, Roz bel laban, Umm Ali and many such food items which should be a part of must-try food items in someone’s list.

Q. Is Egypt expensive to travel to?

A. If you want to travel to Egypt cost-effectively, don’t plan this trip during main holidays like Christmas, Easter and New Year’s as these are some of the most popular and expensive time to visit Egypt. Rather plan your trip in a bit off-season time, that’s when the prices fall and the place is a bit less crowded.

Q. Do I need to take injections for Egypt?

A. The recommended vaccinations for travel to Egypt are diphtheria, tetanus, and polio, hepatitis A and typhoid. It’s always good to have protection against food and water-borne diseases as one can easily get affected by eating or drinking wrong.

Egypt In May: Experience The Mysticity During Summer Vacay

Explore These 10 Beautiful Beaches In Tanzania In 2020 That You Didn’t Even Know Existed!

Kenya In December: Know Where To Go And What To Do On Your 2020 Vacay