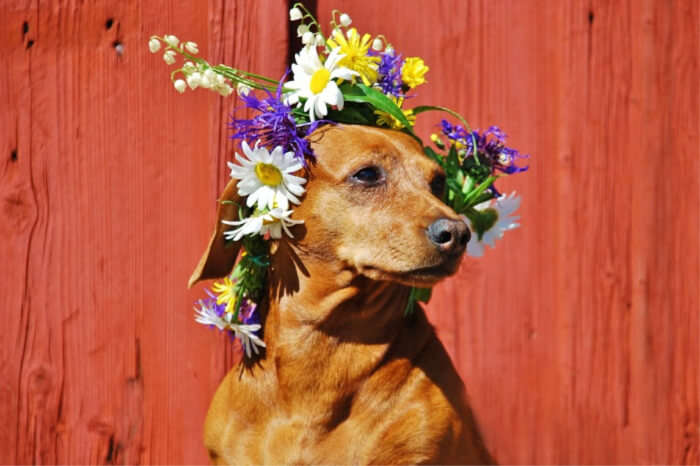 Sweden, a Scandinavian nation, is home to several islands and lakes surrounded by dense forests and towering mountains. This country has a complex history which has lead to several traditions and festivals in Sweden which takes place year round.

Swedish Festivals are very lively and vibrant with many events displaying a wide variety of art, food, and music. Some of the upcoming festivals are listed below.

The Apple Market Festival was first set up by Kivik which was particularly dedicated to Sweden’s food industry. Creativity and productivity are both combined beautifully in this one-day Swedish festival. This festival is held during the end of Sweden’s harvesting season and is completely free for everyone. A range of delicious food items, inspired by the apple fruit, are offered here which include apple desserts, pies, cider and much more. Artists even display their creative side through the many mosaics and colorful paintings which are all based on the apple fruit.

Must Read: 10 Best Hostels In Sweden To Enjoy A Blissful Sweden Vacay Like Never Before!

2. Peace And Love Festival – The Name Says It All

This festival celebrates the peace and love between the diverse communities of Sweden. It is one of the biggest annual music festivals in Sweden. Many events and workshops are hosted in this festival to promote mutual respect between people to create an environment of love and harmony. This music festival attracts many locals as well as tourists with live concerts by local bands. It was founded in the year 1999 and had to be stopped in 2013, but it came back with a bang in 2014.

Peace And Love Festival date: Date to be announced

Suggested Read: 12 Places To Visit In Stockholm In 2021 For Experiencing Adventure, Heritage & Leisure

Summerburst is one of the best festivals in Sweden conducted during the start of the summer season. This music festival displays some of the best-talented dance performers from around the world. It is held annually for two days in Ullevi Stadium, Gothenburg. The heart-pumping electronic music along with many other performances by the well-known stars like Tiesto and David Guetta are hosted here. It also includes many performances from the popular local bands as well. This festival is turning into a huge event in Europe every passing year.

This cultural festival takes place annually during the month of August on the streets of Gothenburg. It displays the Swedish festivals through the various pieces of art and cultural performances. This festival gives the feel of a giant street party with several music, drama, and dance performances, like Street Theatre, Ballet, Jazz Music, Hip-Hop Music, and Symphonic Works. The art exhibitions held here exhibit various creative artifacts in the best way possible. There are many poetry reading sessions during the festival, which are thoroughly enjoyed by all visitors. Head here in August to be a part of one of the major cultural events in Sweden.

This is one of the most popular music festivals in Sweden which is in Stockholm every June. Some of the best music artists, majorly from Scandinavia, along with some budding musicians from around the globe, come together to display their talents. Their performances are based on music from medieval, baroque, and renaissance periods. The whole event is conducted in a very elegant and classy manner. There are many stalls that offering the best of Swedish cuisine.

With its roots in paganism, Walpurgisnacht festival celebrates the arrival of the spring season. This festival is celebrated by building huge bonfires and dancing around it energetically to ward off evil energies. It is somewhat similar to Halloween festival. It is one of the famous Swedish celebrations as King Carl XVI Gustaf’s birthday also falls on this day. The celebrations worth-watching are held in the university towns of Sweden like Gothenburg. The Cortege Parade organized by the students of the Chalmers University of Technology involves streets being lined by vehicles and people in fancy clothing.

7. Midsummer Festival – For Fun And Frolic

For the people of Sweden, this is as important as the Christmas festival. Midsummer festival in Sweden is celebrated by almost every family in the region and the celebrations are similar to a lunch party which extends till the night. During this festival, many different communities come together dressed up with flowers in their hair and dance under the sunshine, while raising maypoles. It is a nation-wide event which is hosted at every park and garden in Sweden and many people come together and sing songs and devour the herring pickles throughout the day.

Suggested Read: Shopping In Sweden: 10 Best Places For Pampering The Shopaholic In You!

Stockholm folk festival is celebrated in early August for a period of four days. This Swedish folk festival is celebrated in a very grand and vibrant way. The picturesque surroundings add to the already perfect setting of this music festival. Many professional, as well as budding musicians, come from every part of the world to display their unique talent in folk as well as world music. If you love such music, you will enjoy this festival.

The best of music, dance, and cultural performances are showcased in this grand festival which perfectly combines the eastern and western culture. Several educational seminars and talks regarding the current affairs are also held during this festival. It acts as a unique way of making the young generation aware of modern issues. It offers the best of Arab club culture and also hosts energetic dance performances. This festival, which combines the traditional and modern blends through the various events, must be visited by everyone.

Suggested Read: 15 Places To Visit In Sweden That Take You On A Journey Through The Winter Wonderland

This is one of the many cultural and art events held at Umea. This festival lasts for a solid 24 hours which ensures that the visitors have something to do throughout the event. One can choose to experience the art, culture, theatre, music and dramatic performances at the various different venues. These various performances are held at different places throughout the city during this festival.

Further Read: 15 Best Things To Do In Sweden For Treating The Explorer In You!

Apart from having the best of scenic beauty and ancient monuments, Sweden also hosts some of the grandest events and festivals. Experience these festivals in Sweden by booking a customized Swedish vacation now.

Q. What is Midsummer Sweden?

A. Midsummer Sweden is a celebration of the summer solstice.

Q. Which holidays are celebrated in Sweden?

A. Some of the most celebrated days in Sweden are:
1. Christmas
2. Midsummer
3. Easter
4. Swedish National Day
5. Crayfish Party

Q. Which is the biggest celebration in Sweden?

Q. What is Walpurgis Night in Sweden?

A. Walpurgis Night is a celebration of springtime in Sweden.

Q. How is Walpurgis Night celebrated?

A. Walpurgis Night is celebrated by dressing in costumes, singing spring folk songs, and lighting bonfires to keep the evil away.

14 Festivals In January In India That Reflect The Country’s Rich Culture (2021)!

Jaisalmer Desert Festival: An Extensive Guide To The Desert Carnival In 2021

12 Amazing Festivals In Andhra Pradesh That No Traveler Would Want To Miss In 2021!