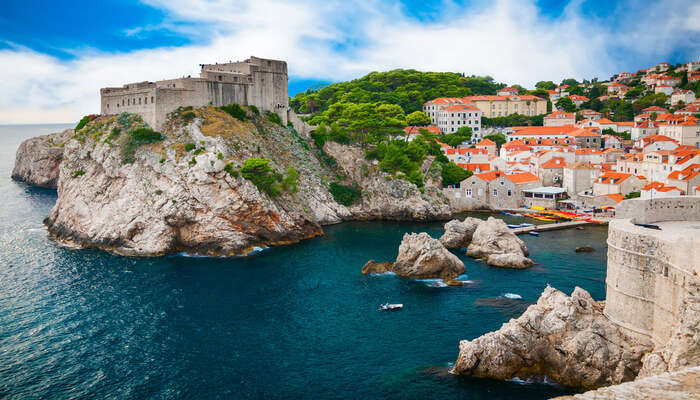 Isn’t it interesting to hark back to the time when people fought with muskets, swords, bows, and cannons? Even though forts were built in the Middle Ages, a minuscule number of them is preserved today. The forts in Europe signify military capability, wealth, and power. It is interesting to recall that the greatest minds in the history of warfare designed them to withstand all kinds of attacks.

We have created a list of forts in Europe of great historical significance. You will be impressed by their long and tumultuous heritage:

Situated on the Thames Estuary, Tilbury Fort protected Europe from London’s attacks in the 16th century during the Second World War. Henry VIII built the fort, and Queen Elizabeth the first positioned her army around it to face the threat of Armada. Considered as one of the most famous star forts in Europe, you can spend your time exploring the magazine houses used to store vast quantities of gunpowder. Apart from that, you can also enter the bastion magazine passages and feel what it was like for the soldiers who lived here.

Must Read: 10 Churches In Netherlands Which Offer A Glimpse Of The Ancient Structures Of Europe!

Almeida Fort protected the town of Almeida from frequent sieges it faced throughout the centuries due to its location near the Spanish border. The marvelous defensive barrier was built in the 17th century at a time when the use of cannons was becoming commonplace. There are only two possible entrances, both of which are large, bomb-proof double gates that are accessible through bridges. It is one of the best forts in Europe to learn about the nation’s gory history.

Charles Fort is one of the best surviving examples of a 17th century star-shaped forts in Europe. This architectural marvel was completed during the reign of Charles II. It remains open throughout the year. Regular guided tours of the fort are available too. It has two enormous bastions overlooking the Bandon river and three bastions facing inland. The fort was used by the military until 1922, after which they discontinued using it.

Suggested Read: 7 Villas In Germany For A Luxurious Holiday In Europe You’ve Always Dreamed Of

Fort Douaumont was built in around 1885, following the Franco-Prussian wars. With sophisticated weaponry and a position on high ground, it is a vital defensive barrier. In February 1916, when the battle of Verdun commenced, Douaumont was in absolute chaos. Citizens barged into Fort Douaumont to seek shelter, but German soldiers managed to infiltrate the fort and killed them. It is, hands down, one of the most famous forts in Europe.

Golubac Fortress sits on a rock above the Danube River. For centuries, it has remained one of the most imposing sights of Serbia. It is among one of the oldest forts in Europe. The fortress was constructed to guard a road which connects Central and Eastern Europe. Golubac is located in the vicinity of world-famous Derdap National Park. After a five-year reconstruction program, the fort opened its doors to the public in 2019.

The murals painted by local artist Teofan Sokerov in 1985 and the modern interiors of Tsarevets Fortress will take you by surprise. From the fort, you can take in the spectacular views of the surrounding hills of Sveta Gora, Momina Krepost and the overgrown Trapezitsa. There is a free admission each last Thursday of the month. Before leaving, stop by at the cafe situated at the foot of the fort for some light refreshments.

Château de Commarque lies between Sarlat and Les Eyzies in the valley of the River Beune. The walls of the fort are covered with prehistoric art. It houses a Carolingian chapel, a prominent medieval keep, and numerous supporting structures. It stands at the crossroads of two important routes – one from Brive to Bergerac and the other from Perigeux to Cahors. The fort was abandoned and completely covered in brambles until it was rediscovered in the 1970s.

Further Read: Malta Travel Guide: All You Need To Know For A Unique Yet Exotic Vacation In Europe

The credit of turning forts into tourist hotspots that everyone scrambles to visit goes to the popular TV series Game of Thrones. If you’re as intrigued by the folklore and natural history of Europe as we are, make a beeline for these forts in Europe. Some of these fortresses are known for their artistry, some for their glorious past, and some for their stunning views. Visit Europe with TravelTriangle to go back in time.

8 Beautiful Castles In Sydney And Around That Reflect The Lesser Known Side Of New South Wales!

Kumbh Mela 2019: A Pocket Guide To Know Everything About The Grand Indian Fair!

The Detailed Routeburn Track Trek Guide For All The Adventure Seekers!