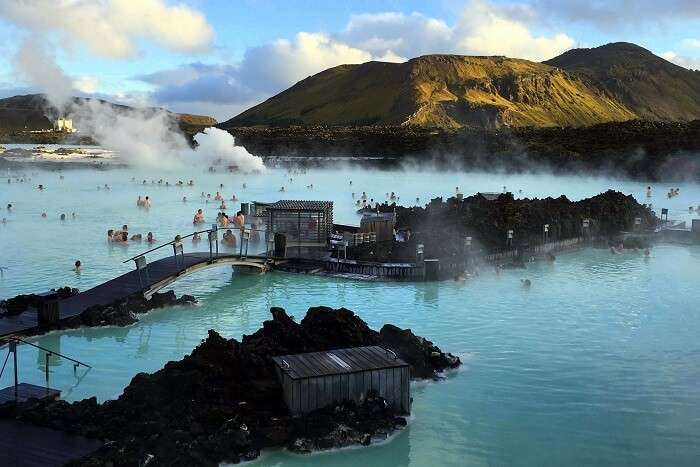 Visiting a country in the North Atlantic region of Europe, with freezing cold temperatures and food strange to the sophisticated palate might seem strange to do. However, Iceland in winter season easily beats all these myths. It has a lot of interesting sights to behold, dishes to sink teeth into and celebrations to lose oneself into. A customary visit to this magnificent country would not do justice to its many wonders.

10 Best Things To Do In Iceland in Winter

We bring you a list of top ten things to do while visiting Iceland in winter, whether on a short detour or on a long sojourn. Tourists are guaranteed a completely enjoyable experience if they partake in these crazy activities: 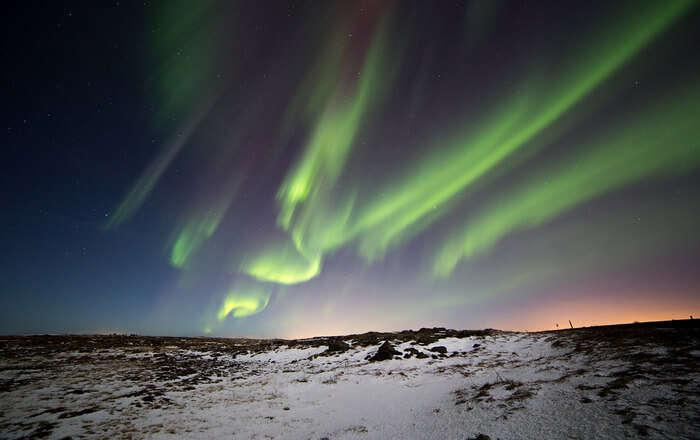 Being located in the North Atlantic region, close to the North Pole, Iceland is said to be one of the best spots in the world to watch Aurora Borealis or Northern Lights in the layman’s language. If lucky, tourists can view them from the capital city of Reykjavik itself. Although, for an advantage, a move to the nearby suburb of Seltjarnarnes is more advisable due to comparatively less light pollution there.

Must Read: Iceland In December: 15 Experiences For Having The Best 2022 Winter Vacay Ever! 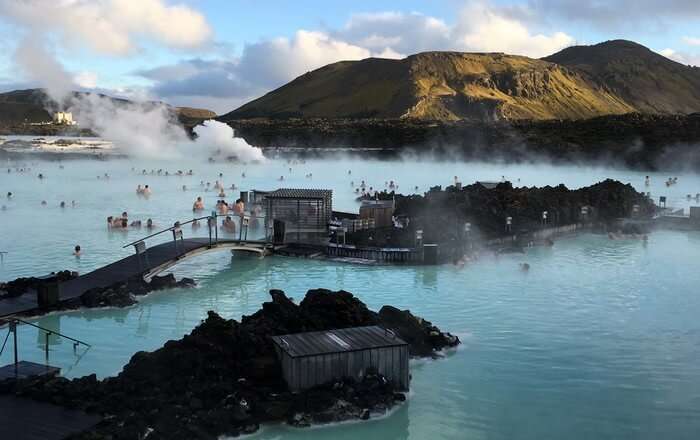 The Blue Lagoon is probably the most popular tourist attraction in all of Iceland, fittingly for all good reasons. It is a natural geothermal spring which doubles up as an impromptu spa made of heated seawater. This water is said to have healing properties due to the presence of silica and other minerals, which are good for a healthy skin. No wonder the Blue Lagoon witnesses a huge footfall of tourists. 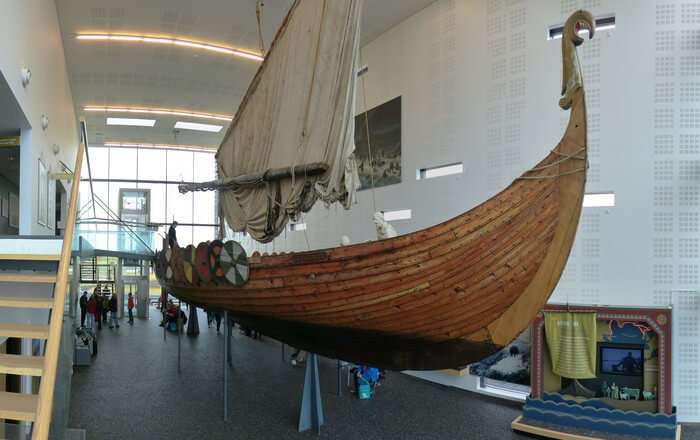 It’s not every day in the world where one gets to see a Viking Age battleship. Remarkably, that is what the star attraction is at this Viking-dedicated museum. The ship can be explored by the tourists in its entirety. Although it must be known that the ship is an exact replica rather than the unearthed original from 9th Century AD. It is a perfect place to stroll around and take in the amazing history of the Viking era.

Visible in the shape of a horseshoe, this canyon is situated in the northeast region of Iceland. The notable feature about this canyon is its wide cliff which offers a beautiful view to the tourists. Additionally, the tourists can get a tour of the bottom of the canyon to be among the pine, birch and fir forests. Considered as one of the most picturesque places in the entire world, it is the perfect spot to enjoy a breathtaking view of the magnificence of nature.

Famed for its black sands, this beach is also famous for its creative rock formations. Also present are the rock arches and lipid pool which lie around dotting the sands. This is one beach which is equally famous for accessibility as it is for the myths surrounding it. This is a must go to place for anyone visiting Iceland just for its sheer rich cultural experience.

Suggested Read: An All-Paid Trip To Iceland For 3 Months! This Summer Wow Air Is Offering The Coolest Job Ever

6. Hallgrimskirkja Church: Gape at the architecture 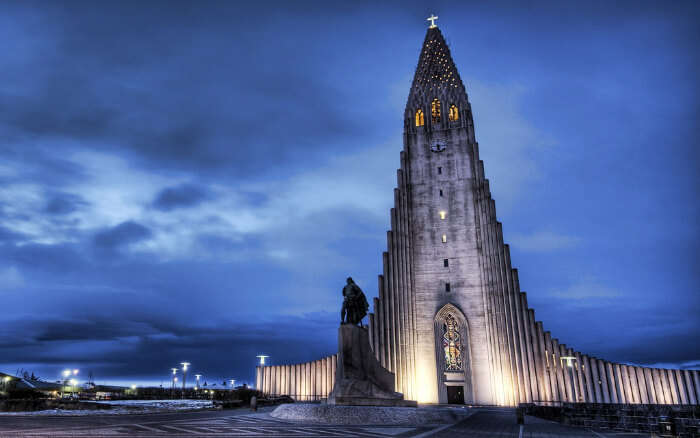 This church is the largest of its kind in Iceland and is located in the capital city of Reykjavik. It is modelled on the Svartifoss Waterfall, which itself is located in the southern part of the country. More famous here is the statue of Leif Ericsson, the person who discovered North America some 500 years before Christopher Columbus did. 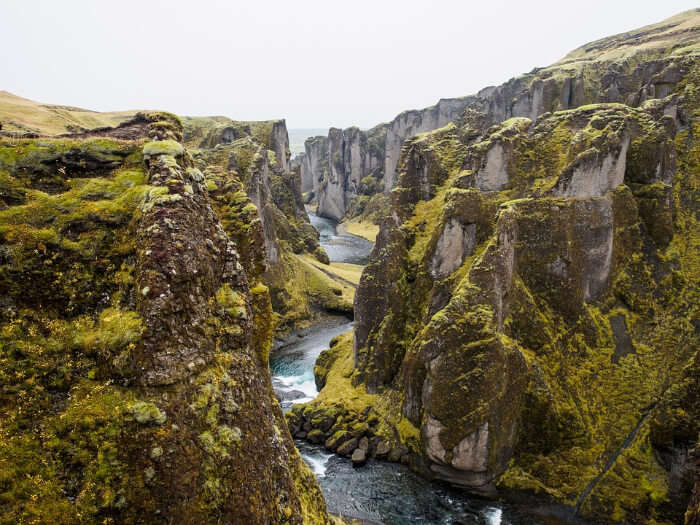 One of the most enthralling experience you can have in a lifetime, you can actually see the tectonic plates situated and the path of their movements. Situated in Þingvellir Plain, the view is quite something as you can see the fault lines and the ridges separating North America and Europe! The shifting of these tectonic plates has caused rifts in the landscape of this region, resulting in rivers and valleys. 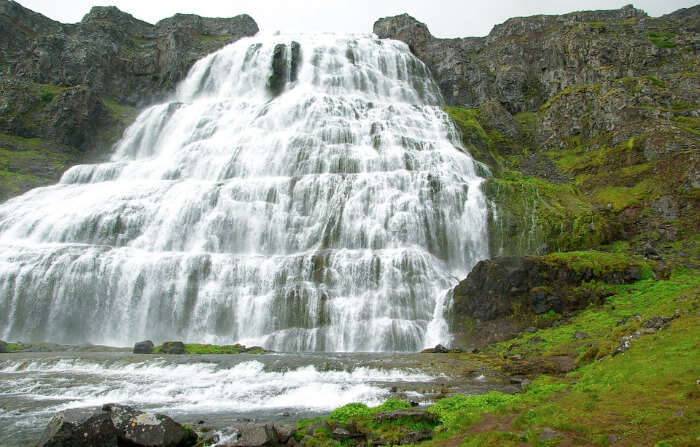 Dynjandi Waterfalls is known to be the most beautiful waterfall in Iceland. Located in the Dynjandi Voguebay, the path to reach the waterfall in itself is something amazing. As you trail through the pathway, you see a lot of small waterways as you ultimately reach the brutish yet magnificent waterfall. The sound of the waterfall is louder than thunder and leaves you in awe of its grandeur. 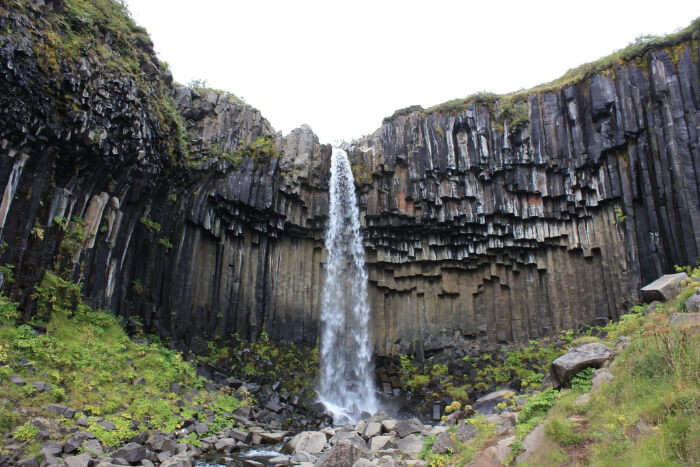 This reserve is home to some of the strangest and hypnagogic landscapes in the entire world. Surrounded by glacial rivers, black sands, ice caps and a volcano, this reserve houses some of the most unreal sights nature has to provide. The biggest attraction here is the Svartifoss, which is a black basalt cliff with streams of water running through.

10. Puffin Island: Have a staycation About half a mile distant from the capital, there are two small islands Lundey and Akurey, which are known for housing colonies of Puffin birds. You can experience a once in a lifetime opportunity to witness these cute puffins nesting as they are indigenous to Iceland only. You can also see many other species on these islands like guillemots, cormorants and many more.

With this elaborate list of the best things to do in Iceland in winter, all that’s left to do is pack your bags and book a trip to Iceland, or as we like to call it, heaven on Earth. Let us know in the comments section below how your trip was.