Jallianwala Bagh: A Guide To The Place That Holds The Memory Of Our Martyrs In 2022 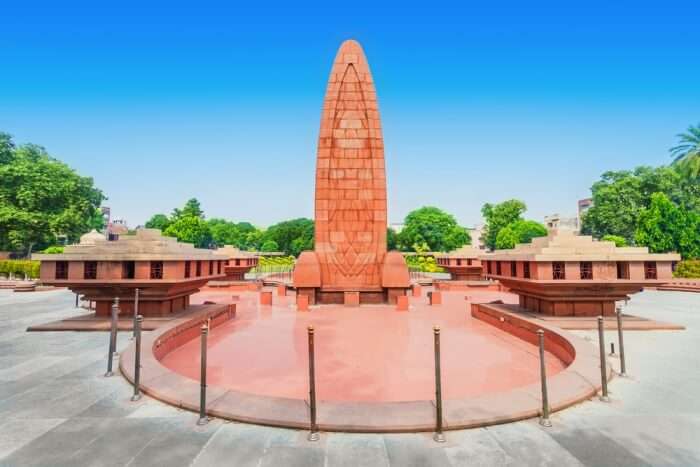 If you ask anybody about Jallianwala bagh in Amritsar, they would most probably link it with the Jallianwala bagh massacre. Nobody knows who built it, when it was firmly established, who is it named after or who owned it. Some of these details are still blurry at its best. So on 13th April 2019, the centenary year marking the Jallianwala bagh tragedy, let us explore the place which is marked as one of the leading causes toward India’s freedom.

Jallianwala Bagh, Amritsar is a public garden that has been listed as one of the major places for national importance. The garden is at an impressive stretch of 26000 square meter, situated at the famous Golden temple road. It has walls ridden with bullet holes and memorial plaques informing its happenings and placing during the dreaded massacre. The Jallianwala Bagh also has tour guides who have countless times tirelessly told its visitors about the garden’s importance.

It was the year of 1919 when the world war one had started showing its effects in the whole of India. However, Punjab was suffering a lot with inflation, huge loads of taxation and sacrifice of soldiers who had been taken to fight in the war. This caused a lot of protests and resentment in Punjab and the british were unable to control the continuous uprisings taking place. The british, surveying the situation, called for Brigadiergeneral Reginald Dyer within the next 48 hours. He was instructed to control the situation with a heavy fist. General dyer was convinced of increased rebellion if not control immediately. So, on 13th April 1919, the day Jallianwala bagh massacre took place, he immediately banned all public meetings and gatherings in Punjab. It was sad that not everybody came to know about it. A majority of Pujab’s population were going to celebrate Baisakhi, an Indian festival, and had gathered at the Jallianwala Bagh to celebrate it.

As soon as General Dyer came to know about this gathering, he arrived at the place with his troops and fired at the large gathering which consisted of children, pregnant ladies and innocent people. He had his troops fire 1650 rounds of bullets, that is, until all the ammunition were exhausted. He did not bother to attend to the wounded and left the place with a pride of doing his british duty. There were no routes to escape, many jumped into a water filled well and a large number succumbed to their wounds.This act was criticised greatly by even the british’s house of common but was defended by a lot of officials. He was later condemned for his actions and received flak from a lot of people. General dyer was later assassinated by Udham Singh who was one of the injured people during the Jallianwala bagh tragedy. He was hanged for this murder but he was mentioned by Dr. Jawaharlal Nehru in his speech and was also given the title of shaheed. Even though the british state that 379 people were killed, the congress has claimed that at least a 1000 people were murdered mercilessly. The british had tried to downplay the actual facts of Jallianwala bagh massacre. However, it has been noted as the most shocking incident in the whole of India’s history and was the turning point for india’s struggle for freedom. This incident led to the starting non cooperation movement and kickstarted all the major movements that drove the british out of the country.

Must Read: 614 Places To Visit in Amritsar For A Glimpse Of The Momentous Past In 2022!

Image Source
The earliest mention of the Jallianwala bagh can be tracked all the way back to the sikh ruler Maharaja Ranjit Singh. One of the nobles in his court, Himmat Singh owned this piece of land which he gifted to the 34 people of the Jalla village. Even Himmat Singh was a part of the jalla family. However, this place was initially just a wasteland with uneven ground and rough walls. Later it was made into a garden house where tourists and local residents can visit whenever they wish to.

Suggested Read: 5 Simple Yet Interesting Things To Do In Amritsar For All Kinds Of Travelers In 2022!

A memorial was built and placed in honour of all the people who perished in the massacre that occurred at Jallianwala Bagh, Amritsar. This has been inaugurated by Dr. Rajendra Prasad. It reminds us of all the martyrs who were mercilessly killed.

Jallianwala Bagh, Amritsar is a place that holds a special place in our hearts. However, there are places near Jallianwala bagh that should be visited for an all rounder trip to Amritsar.

The darbar sahib is famously called as the Golden temple because it is plaited with gold architecturally. This place is a must visit for tourists because of the tasty langar served, hospitable environment and a very calm religious environment.

Suggested Read: 20 Best Restaurants In Chandigarh To Relish The Real Taste Of Punjabi Tadka In 2022!

The famous India-Pakistan border that was drawn during the time of partitions excites a lot of tourists as a parade takes place at 5:15PM and lasts for 45 minutes. This is the border which the migrants used to cross from Pakistan to India and vice versa.

Suggested Read: Shopping In Amritsar 2022: Where To Shop, And What To Buy From This Historical City

A few steps away from Jallianwala Bagh you will come across Maharaja Ranjit Museum. This is a museum dedicated to the Sikh empire founder and is often visited by tourists visiting Jallianwala Bagh.

Suggested Read: You Could Soon Travel From Mumbai To Pune & Delhi To Amritsar In Just 60 Minutes!

How To Reach Jallianwala Bagh

If you are coming from different parts of the city, you can take a bus or a taxi but if you are in a nearby area, you can simply walk down to Jallianwala Bagh, Amritsar.

Jallianwala Bagh in Amritsar is the symbol of supreme sacrifice by so many Indian martyrs. It is a place that restores our faith in our leaders of freedom struggle and at the same time evokes sadness at the memory of such a harsh decision. Let us visit jallianwala Bagh and revel in the freedom granted and gifted to us by all the martyrs. This centenary year, let us pay homage to the place of such significant national importance, Jallianwala Bagh.

Further Read: 12 Places To Visit In Punjab To Witness The True Beauty Of The State In 2022

Keeping Jallianwala Bagh massacre completing 100 years in mind, let us visit this historical place. Regardless of how many times you visit it, you will always learn something new each time you visit it. You can visit TravelTriangle and plan a trip to Amritsar.