Monaco In April: Your Personal Guide To Explore The Serene Country In Europe 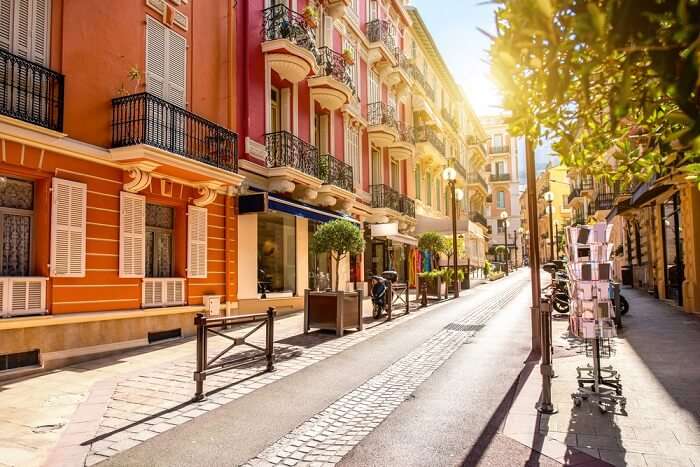 This luxurious getaway dissipates a few of its brilliance between March and April, though you will save cash on conveniences if you tour in this offseason during cooler wintertime. Tour in the summertime, and of course, the shores will be crowded, the climate will be heated up, and the eateries will have long queues, but you will also feel Monaco at its vigorous. To experience the light crowds and temperatures varying from the mid-50s to the 70s, you should tour Monaco in April prior to the Grand Prix falls on the town. If you wish to feel the excitement of Grand Prix, plan to schedule many months in advancement.

Weather Of Monaco In April

Image Source
The weather in Monaco in April approaches from arithmetical data in the last times. You can see the climate statistics for the entire month, but also driving through the checks for the commencement, the intermediate and the month end. The best time to visit Monaco is in the fall or spring. The month of April and October both are perfect for experiencing the real joy of a holiday: the climate is warm, and the rates of the rooms are subdued.
The climatic condition in April in Monaco is wet. It should be perceived a worsening from the past month since in March, on an average of 91mm of rain under nine days.

The weather is honestly fresh across this town this month, but it is sustainable when dressing warmly. The thermoelectric equated a maximum of 18°C. The lowest is 12°C. Thus, the low-temperature average in April in Monaco is 15 degrees Celsius. These climates are far distant from those experiences mentioned in Monaco in April with the highest record of 23 degree Celcius in the year 2009 and the smallest record of 4 degree Celcius in the year 2013. You can expect to have around 12 days with climate over 18 degree Celcius, or 40% of the time.

After the Vatican, Monaco is the second smallest country in the world, but nothing stops it from being a fabulous tourist place to visit especially in April, the best time to visit Monaco. The spot is very well recognized for its car races, gambling, and fairy tale romances, such as when the beauty gets married to the handsome prince. Monaco is glamorous, glitzy, and gives tourists an opportunity to blend with the famous and rich if only to ah over and ooh the impressive boats in the harbor.

If you’re planning to visit this stunning country of Monaco in Europe, make sure you don’t miss out on the must-visit places in this scenic land. Scroll down to know what all awaits you here!

Image Source
It is a ground to play for the famous and rich people, as only they can bear to spend hundreds of dollars each day to berth their yachts and boats in the dock. The marina has room for 275 crafts of differing sizes and provides all the conveniences the mariners require. About 50 years before the Port was merely a scrap of gravel covered by rock. The marina borders in the core of Fontvieille village, with buildings and streets at the edge of the water. View fantastic scenes of this stunning marina from the Rock of Monaco. In April, they have an exhibit of these yachts and boats at the doc, that is great to watch.

Every Catholic nation has its social cathedral; this is St. Nicholas Cathedral, identified as the first Catholic church of for Monaco that was constructed in the thirteenth century and later on was demolished in the nineteenth century. As of now, the church is recognized as Our Lady of the Immaculate Conception Cathedral. It is the place of burial for the Grimaldis, comprising Rainier III and Grace Kelly. Tourists represent this church of Romanesque with its white marble facade as being very peaceful and beautiful.

Image Source
It is a must-visit place for tourists with green policies. This biological park, constructed on the cliff side, possesses more than 1000 houseleeks, maximum of that are cacti. A few of the trees are older than 100 years. A hidden cave is positioned at the base of the mountain; escorted tours in Monaco in April can be organized. This park is also a place to the Prehistoric Anthropology Museum since the existence of the prehistoric creatures was spotted on the site. This is a fabulous spot to take exciting scenes of Monaco as it looks over the harbor. And In April these cacti bear seasonal flowers that are simply fascinating.

Image Source
Tourists with an enthusiast for racing cars won’t wish to abstain the Monaco Grand Prix in April; it is contemplated among the world's most esteemed car races. Just because Monaco’s lanes are thin and have razor-sharp edges, the track is treated one of the most necessitating in the Formula One racing, with riders having to move sluggishly than the 190 mph utilized under Formula One rules. The Grand Prix has been associated with Formula One since the year 1955, but the initial Grand Prix was taken into account in the year 929. The event that is organized in May serves the similar route across the year.

Monaco-Ville, also recognized as Le Rocher or The Rock, provides tourists an opportunity to ramble through the town's pristine locality. This medieval town, which is formed on rugged land that bugles out into the Mediterranean Sea, may escort after to the sixth century BC when the antiquated Greek organized a community here. In the thirteenth century, Monaco’s ancestors, the Grimaldis, created an antiquated fortification their offices. Monaco-Ville is formed up around uniquely of pedestrian passageways and streets and holds its ancient spirit and the perfect time to experience the exotic Monaco weather in April. There are a lot of eatery, hotels, and relic stores, as well as many of the town's well-known landmarks, such as the Oceanographic Museum, the Prince’s Palace, and St. Martin’s Gardens.

Things To Do In Monaco In April

Tourists who are afraid they cannot sustain this style of living can watch the points of attractions on day trips in Monaco from other budget-friendly places, such as Menton in France, Nice and San Remo located in Italy. We have listed almost all the destinations and things to do while traveling to Monaco in April. So, what are you waiting for? Plan your trip to Europe for a soothing holiday experience like never before!

What are the top places to visit in Monaco in April?

Several people prefer to visit Monaco in April because of the fabulous weather. Some of the most visited places in Monaco in April are Port de Fontvieille, Monaco St Nicholas Cathedral, Jardin Exotique, Monaco Grand Prix, and many more.

What are the top things that tourists prefer to do in Monaco in April?

Several people visit Monaco in April to witness the world-famous Monaco Grand Prix. April is quite crucial for all the car enthusiasts since the event takes place during that time.

Why do people visit Monaco-Ville in April?

The town of Monaco-Ville is quite significant since it has been constructed in medieval times, and exploring it in April is quite comfortable for the tourists. There are other famous places that are located out there as well, including Oceanographic museums, St. martin’s garden, Prince’s palace.

What is the average maximum and minimum temperature in Monaco in April?

What things should not be done in Monaco in April?

If you visit Monaco in April, you should not drink tap water ever because it is quite polluted. Also, you should not tip below 10% of the total bill while eating in a restaurant in Monaco during any time of the year.

What is the significance of Jardin Exotique?

Jardin Exotique is a zoological park that is located on the cliffside of Monaco. It not only has over 1000 different categories of cacti, but it has trees that are more than 100 years old. In April, the park becomes even more beautiful, and several tours are organized to accommodate people.

Why is Port de Fontvieille visited in April by travelers?

Port de Fontvieille is visited by some of the wealthiest people in the world because, in April, a boat exhibition is held that allows them to witness more than 275 different yachts.