Monaco Wildlife: For An Extravagant Tour Of The Country’s Charming Fauna 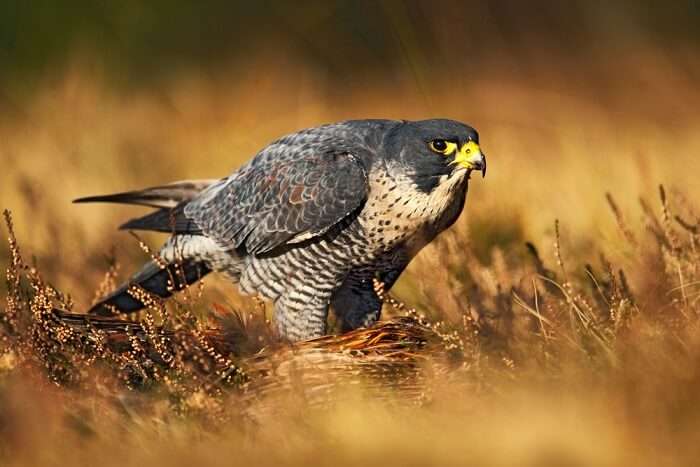 As children, we learn all about animals and the sounds that they make. And as adults, that curiosity changes into passion. Wildlife is something which captures our imagination and makes us dig deeper into the very many kind of animals found in the wild. One of the best ways to do that is to explore the wildlife of a country. Monaco wildlife is one such wonder – there are some animals that you might be familiar with but then again, there are some animals in Monaco that are peculiar to that region.

About Wildlife Of Monaco

As far as wildlife goes, there is nothing much to show for this little country, which is hardly two kilometres square in area. Since it borders France and is along the Mediterranean coastline, it is rich in sea life and have put all efforts to conserve the creatures of the sea. But, there are still some land mammals, that have made this country their home, though they do not originate from here. They are the Roe Deer, the Least Weasel, and the Cross Fox.

The Principality of Monaco, will definitely take you by surprise for all its grandeur and luxurious lifestyle. That extends to the wildlife too. There are three animals that are the pride of this principality, each unique and some may call it even a ‘weird’ choice. The Monaco National Animals are the hedgehog, the rabbit and wood mouse. Now, this is what we call as ‘going big’!

The wildlife of Monaco is very limited, but there are wildlife sanctuaries which are an hours’ drive from the country, along the French Riviera. Here are some of those that you definitely need to visit.

This is located in the Fontvieille ward. The zoo, is still very young, and was started only in 1954. The zoo houses 250 animals and about 50 species. Be it the birds, the turtles or the other usual animals – this zoo is a great place to hang around when you have kids. What is interesting though is that the animals that you will see here, are not purchased like they do everywhere else. They were all either donated, just left to fend for themselves or captured by the customs.

Must Read: 11 Fascinating Things To Do In Slovenia On Your Trip To Europe

The Marineland park, located in Côte d'Azur's most, is one of the most sought after wildlife parks near Monaco. It is home to about 4,000 animals and lots to see and do at this marine park. There are performances by the sea animals and it is a delight to watch them do tricks. The trainers offer daily performances with animals, in which they educate you the uniqueness of those sea creatures and the interaction between those trainers and the animals is just so adorable. Also, after the performances are over, you can interact with the trainers too and they will more than happy to answer all your curious questions. If you are more of a hands-on type of person, you could also spend time with the dolphins, under the supervision of the trainers. You could learn to interact with them, learn their language and ultimately feed and play with them. Isn’t that exciting!

Other interesting animals that you have to see are the two species of penguins found at the park - rock hopper penguins and king penguins; some of them were actually born in this very park. Also, a must visit is the sharks tunnel; it is the closest you will ever be with this terrifying species.

3. The Biological Reserve Of The Monts D’azur

The Monts d'Azur is possibly one of the places where you see a rare sight - the European bison and Przewalski horse, which are both almost extinct, survive in the same vicinity. They have found a home in the natural wildlife reserve. Once a hunting reserve, the park is now home to a number of animals – the chamois and the golden eagles are the highlights. A huge number of species have made this reserve their home, where this 700 hectares of complete wilderness is dotted with rocky cliff and caves, with peculiar carvings of horses and other animals. The best and a unique way of travelling inside the park is through a horse drawn wagon. The park believes that by using and breeding the Poitevan horse, which is an endangered breed of draught horse, they are also contributing to protecting the biological and cultural heritage.

Suggested Read: Paragliding In Austria: Head To These Amazing Destinations In The Heart Of Europe!

It is all in the name. Wolves are surely scary for the children and adults alike, but they are fascinating as well. This park is a stone's throw from Saint-Martin Vésubie, is the perfect place for you to learn about these mysterious animals. Where do they live, their habitat, history and when did they come back to France in Europe. The Alpha Park was started with a mission to enlighten the public about this magnificent animal in its natural habitat.

There are about 21 wolves living in this park and there are wooden blinds that make observing these creatures easy. They also have shows that educate the visitors on what these mythical creatures are all about. There is a lot of learning that happens here and the handlers will be able to guide you in whatever way possible for you to explore these wild creatures.

A beautiful and breath-taking park, this park is one of France's ten national parks. The flora, the fauna and the animals – you will find everything here. Though it is a famous haunt for the all the adventure enthusiasts, it is also home to around 58 species of animals. Surrounded by lake and beautiful landscape, you can find the chamois, wolves, foxes, deer, Alpine ibex, mouflons, hares, stoats, and marmots, among others. You will also find a mind-boggling 10,000 species of insects and 153 species of birds including the Peregrine falcons, golden eagle, bearded vultures, black woodpeckers, tawny owls and the black grouse.

It sure is not like one of your usual wildlife reserves, where you can spot these animals that easily and feed them; there are no trainers or handlers. But, that is the beauty of this place. Discover these animals at your own pace, while you are hiking or just enjoying a quiet time along the lake.

The Sanctuary is a marine sanctuary to be specific and is huge. It is jointly managed by three countries - Italy, Monaco and France. An agreement was drawn to safeguard the marine mammals while saving them from threats like fishing and oil spills. The sanctuary is open to the visitors but they have to adhere to some strict rules and guidelines. It is mostly in the summer, that the tourists and locals flock to the sanctuary to watch the whales in their natural habitat, observing them from a safe distance. If you are lucky, you might even spot dolphins too.

Further Read: 10 Must Things To Do In Luxembourg And Explore The Best Of This Medieval European City!

Monaco wildlife might not be that great or exciting, but when a one-hour to two-hours’ drive from this magnificent city, and you will be witness to some amazing wildlife and marine life, which will leave you bewildered and is a once-in-a-lifetime experience. So, what are you waiting for? Plan your trip to Europe for an amazing vacay experience like never before!

Which is the best season to visit to see the Monaco Wildlife?

April to June is the dry season. It is the best month to visit Monaco to see its wildlife attractions in Sanctuaries, National Parks, Bio Reserves, and Zoological Gardens.

Is wild camping is allowed for tourists once in Monaco?

Yes, wild camping is permitted in many wildlife places in Monaco. It is advisable to visit here under a Monaco wild camping tour.

Is Monaco a safe place to travel for a solo woman to see its wildlife attractions?

Yes. A solo woman tourist must come under an all-inclusive Monaco wild tour package. This will include their local commutation, hotel stay, food, and an English-speaking guide.

How many days are necessary to see the wildlife attractions in Monaco?

Most of the parks are open to the public and tourists on day hours only. You must come to a 3-day visit to see all the wildlife in Monaco.

Is Monaco the right place to see the Mediterranean Marine Animals?

Yes, Monaco is the right place to see the Mediterranean Marine Animals in water parks and near the Monacan sea beach.

Is Monaco a safe place for tourists to see its wildlife?

Yes, Monaco is the 2nd smallest country and city of this world. It is a tourist-friendly place too in Western Europe. One can witness the wildlife with all the comfort and safety.

What to carry while visiting wildlife attractions in Monaco?

It is advisable to carry your photo and video cameras while visiting the wildlife parks in Monaco.

Is it necessary to carry ID cards while visiting the wildlife attractions in Monaco?

Yes, the entry ticket prices differ for students, children, adults, and seniors. If you show your ID card having your date of birth, you are eligible to buy the right entry ticket in a zoo or park.