Mosques In Madrid: Soak In The Sights Of The Multicultural Spanish Heritage 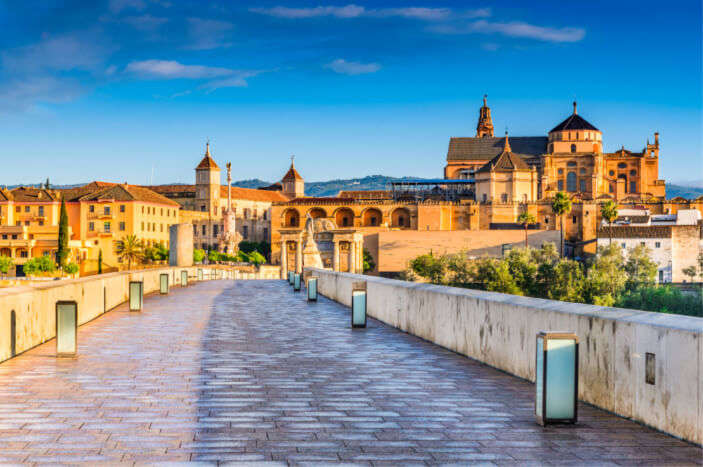 Madrid today is a multicultural metropolis bursting with all kinds of ethnicities from across the world. Part of its charm is the immense cultural heritage which the Spanish capital brings to the table, and if you are interested in that, you should take out time to discover the distinctive Islamic history of Madrid and Spain. Mosques in Madrid are a good way to start exploring and understanding the unique history of the country. Today, only a few remnants from the Islamic empire still linger, including the beautiful architectural structures strewn across the country.

There are primarily two famous mosques in Madrid, which mainly act as the place of worship. Both these Madrid mosques are also a place of conserving and showcasing the Islamic culture of the city, apart from Casa Arabe, which again is working towards strengthening the relationship with the Islamic and Arabic world. 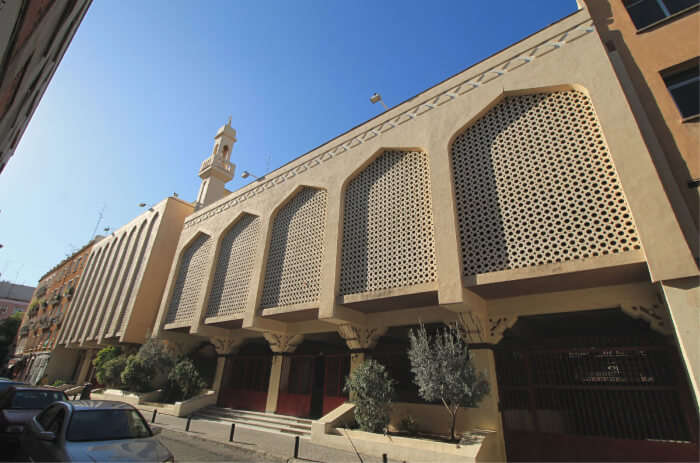 Also called Abu-Bakr mosque, this building is located at Cuatro Caminos in the Tetuan district of Madrid city. Interestingly this was the first Muslim prayer place built in the city in over a thousand years since the end of Islamic era in 1089 AD. The mosque was completed only in 1988 and was designed by Juan Mora. Besides being a beautiful and peaceful mosque in Madrid, Spain, the place also serves as the headquarters of Union of Islamic Communities in Spain.

Must Read: 9 Beaches Near Madrid That Add Charm To The City’s Beauty! 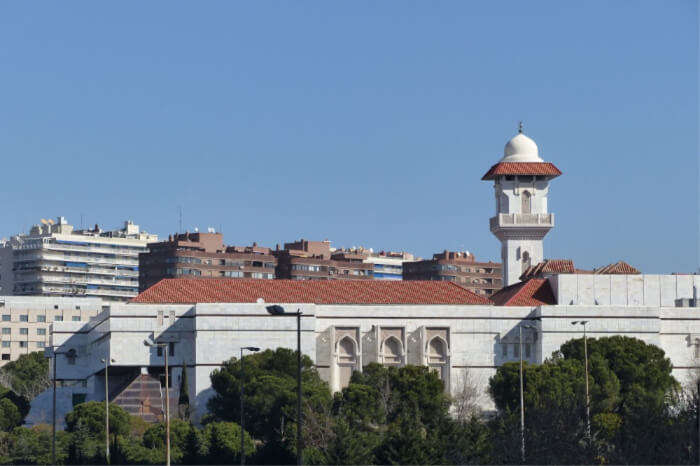 One of the best mosques in Madrid, this place is maintained by the Aga Khan Trust for Culture. This mosque is built in white marble with exteriors inspired by the Arabic heritage of the religion in this region. The architecture is faintly similar to the famous Alhambra located in Granada. Inside, the various levels of patios are aimed at greater interaction and integration within the community of Muslims who reside in the region.

The mosque seems quite interesting and alluring from the outside. The centre is spread over six floors. It has an auditorium, school, library, a museum, gym, restaurant, and a lecture room. There are also two exhibition spaces that visitors are welcome to look through. The centre was completed as recently as 1992, and is the biggest Islamic cultural space in Spain. 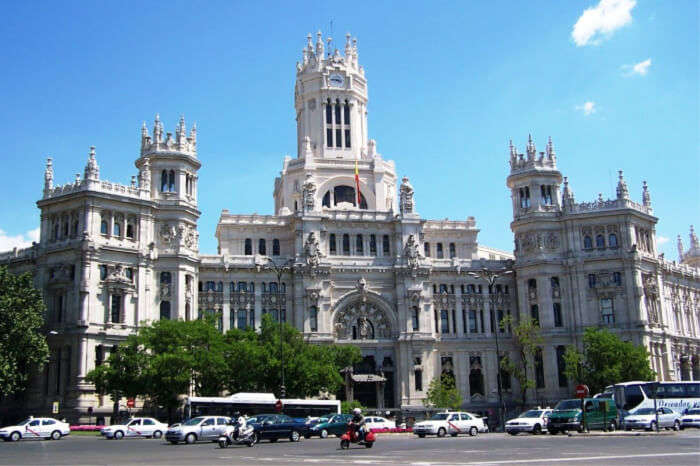 It is best to visit the Spanish capital in either spring or autumn (March and October) as the weather is extremely pleasant and balmy during this time. The sun sets around 10 PM in peak summers from June to July, which gives one a lot of time to explore the city. On the other hand, the temperature goes upto forty degrees, which makes the city a semi-ghost town in summers as most natives head to the sea to escape the heat.

How To Reach Madrid 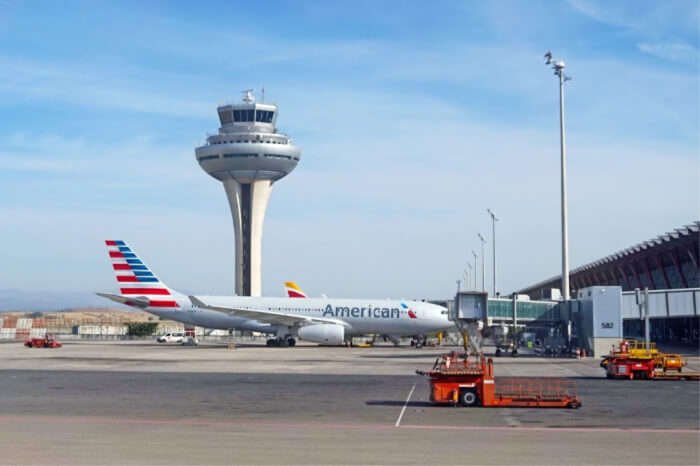 By Air: The international airport, Adolfo Suarez Madrid Barajas airport, is about fifteen kilometres away from the city. It is one of the busiest ports in Europe, with flights connecting to every main city of the world as well as different parts of Spain.

By Train: Madrid has two main rail lines, the national network connecting the city to places like Barcelona, Seville, Valencia, Cuenca, and others in the country. While the other is the international line, connecting Madrid to major cities in Europe. Estacion de Atocha is the main train station of Madrid, having local as well as international trains pulling in at all times.

By Road: The city of Madrid has two main bus stations connecting it to different points in the south as well as north of the country. You can hire a cab and drive to Madrid from cities like Berlin, Milan, Barcelona, Lisbon or London as well. The distances vary, however the well maintained national highways make the travel upto Madrid quite easy.

How To Get Around In Madrid 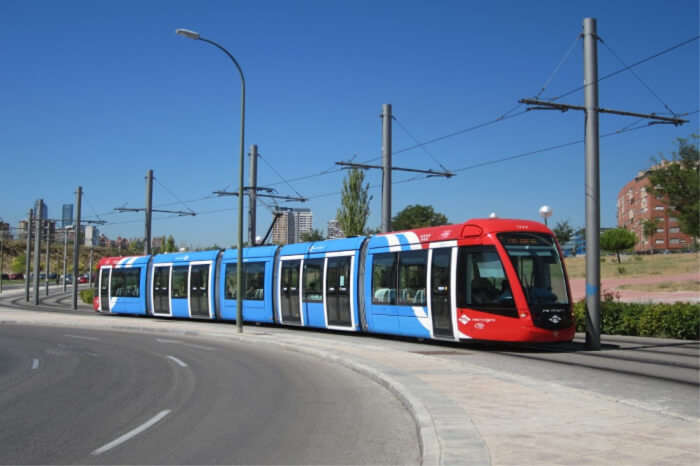 Madrid is a well connected city, with quite cheap public transportation available. Apart from the usual cabs, the city also has metros and buses as public transport systems. Madrid has Europe’s second largest metro system with eleven different lines connecting most of the city. You can also ride bicycles or mopeds to different parts of the city, which makes for the authentic Madrid experience. You can also take your bicycle on the metro or the local train to suburbs around the city.

Suggested Read: 10 Coolest Hostels In Madrid That Are Also Easy On Your Pocket

Other Mosques In Spain You Can Visit

Here are a few other mosques that you can visit when you are in Spain: 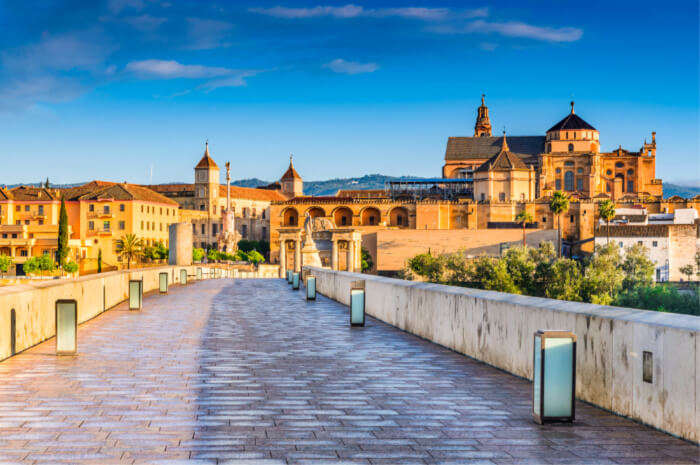 A UNESCO World Heritage Site, this beautiful place was considered a marvel by followers of both religions. After getting converted into a Catholic Church, the place went through a number of alterations in the years that followed, however most of the original, prime features remain unchanged. 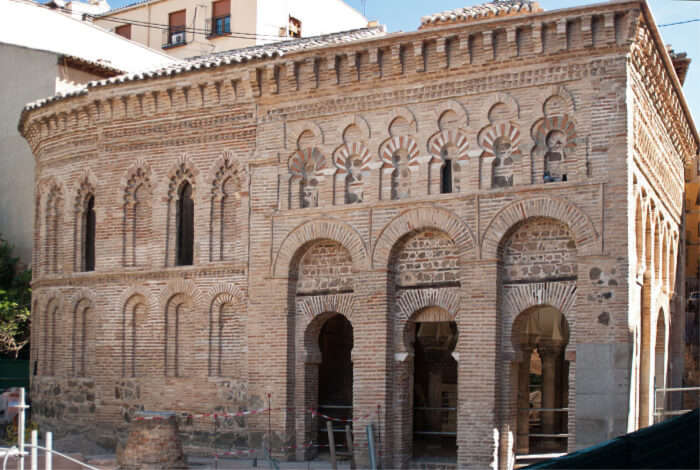 Built in 999, this is the only surviving Moorish mosque in Toledo which somewhat remains unchanged. The mosque was in fact built over a Visigothic church, and was changed in a chapel after the Christian capturing. It is one of the best preserved mosques in the whole country. Unlike the Barcelona Mosque, this is a huge mosque with a blend of Moorish and native styles.

Further Read: 10 Things To Do In Madrid For A Frolicsome And Lively Vacation In 2022

There are only a few surviving Muslim structures in the country. The mosques in Madrid are today a place of worship and cultural conservation, mainly built in the late 20th century. So, how many of these cultural places have you covered? Book a trip to Madrid today with TravelTriangle and get the best deals! 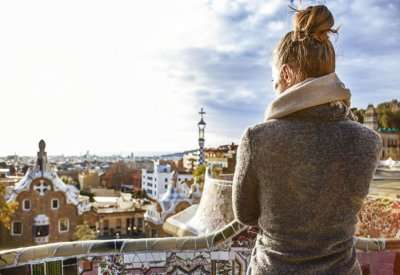 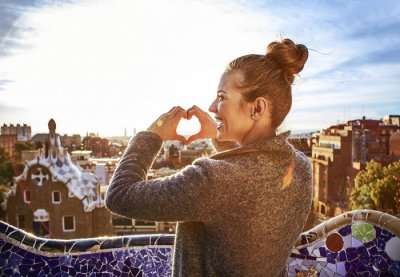 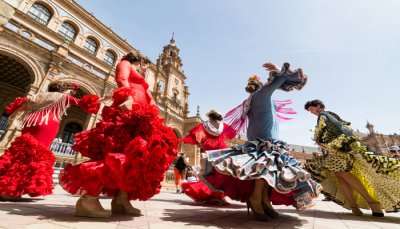 Spain In November: Lose Yourself In The Vibrant Culture Of This European Country In 2022!