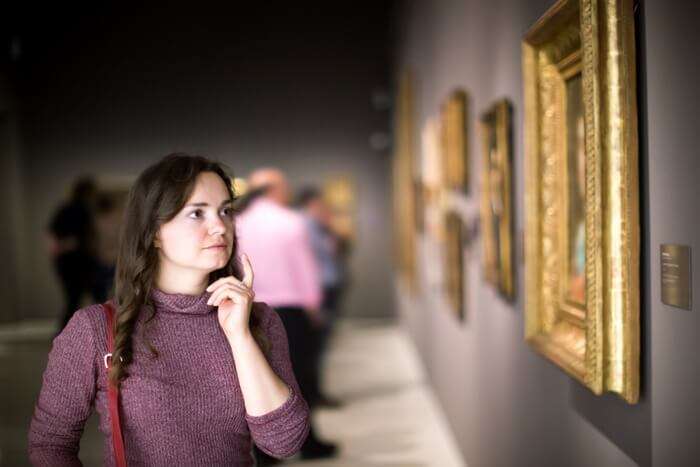 “A museum is a spiritual place. People lower their voices when they get close to art.”- Mario Botta

Museums illuminate the rare and precious treasures of historical, scientific and artistic interests. While wandering the lush greenery and dreamy royal residences in the ‘Garden City of India’, planning a visit to the famous museums in Banglore, will surely give you an erudite exposure to this history-filled city of southern India. The city loved for its pleasant weather, beautiful parks and lakes will give you a passable reason to fall in love with its ethnographic museums.
Bangalore houses numerous irradiating museums ranging from art to archaeology and philately to technology. Knowing the best museums in Bangalore will make you select the right one according to your interests!

Whether you are planning to visit Bangalore museums with kids, friends, family or colleagues, check the following best museums in Bangalore and plan an escape to this enlightening journey. Here is the list of the Best 10 Illuminating Museums in Bangalore.

We have shortlisted the 10 best museums in Bangalore to help you spend less time searching for the best ones according to your interests. Whether you are planning to visit museums with your kids, family, friends or colleagues; the following list of museums in Bangalore will surely help in selecting the museum of your choice!

Established in the year 1865, the Government Museum Bangalore is one of the oldest museums in India. Currently, it’s an archaeological museum that has a rare collection of archaeological and geological artifacts such as ancient jewelry, sculpture, coins, and inscriptions esp. Halmidi and Kannada inscriptions. The museum comprises of 2 exhibition floors, further divided into 18 galleries. Government Museum Bangalore has 70 paintings, 84 sculptures (Including sculptures from Hoysala, Gandharva, and Nolamba) and numerous other unique artifacts.

Must Read: Street Food In Bangalore: 15 Delicacies You Can’t Miss

Located in the region of Cubbon Park and next to the Government Museum, Venkatappa Art Gallery attracts artists and art admirers from across the country. It houses the collections of Karnataka’s most famous artist, K. Venkatappa. The gallery was established in 1967 by then Chief Minister of Karnataka, S. Nijalingappa. Venkatappa Art Gallery is believed to be one of the best art museums in Bangalore that displays art pieces of other acclaimed artists also, including KK Hebbar (known for themed artwork). The gallery remains closed on Monday and Saturday.

Suggested Read: 26 Road Trips From Bangalore You Must Plan With Your Friends In 2020

VITM was established by the Ministry of Culture, Government of India; in the memory of Bharat Ratna Sir M. Visvesvaraya. The museum was inaugurated in the year 1962 by the first Prime Minister of India, Pt. Jawaharlal Nehru. It houses various industrial products and engines. Situated in proximity to the Government Museum and Venkatappa Art Gallery, VITM exhibits 7 permanent galleries entitled Engine Hall, Fun Science, Electrotechnic, Space Emerging Technology in the Service of mankind, Biotechnological Revolution, BEL Hall of Electronics and Children Science. The museum is loved by kids as it organizes various activities such as sky observation program, Taramandal show, science lectures and demonstrations throughout the year.

Suggested Read: 12 Amusement And Water Parks In Bangalore That Are Ideal For 2020 Summer Vacay

Gandhi Museum Bangalore, also known as Gandhi Bhawan, was established in the memory of the Father of the Nation, Mahatma Gandhi. Inaugurated in the year 1965 by then President, Dr. S. Radhakrishnan, this museum houses the rare photographs and letters of Mahatma Gandhi. The place also organizes meetings on Gandhian values in Bangalore. Located in the place where Mahatma Gandhi used to take strolls, the museum focuses on propagating Gandhian philosophies.

HAL Aerospace Museum was established in 2001 at the intersection of HAL Old Airport Road and Basavanagar Road. Spread over 4 acres of verdant land, HAL Heritage Centre and Aerospace Museum is a virtual wonderland for aviation enthusiasts and history lovers. It offers an indelible experience that’s entertaining as well as illuminating. HAL Museum houses two major halls, one showing growth of Aviation in India from 1940 till date. The second hall is the ‘Hall of fame’ which takes the visitors on an exciting journey. The museum is open throughout the year from 9 am to 4:30 pm, except on National Holidays.

Located in the National Institute of Health and Neurosciences, NIMHANS Brain Museum is involved in promoting neuroscience and public awareness programmes about brain donation. This museum houses over 600 brain specimens ranging from animal to human brains. Visitors gather information on the working of the brain and its internal structure at this place. The museum remains closed on Saturdays and Sundays.

Located on the first floor of the General Post Office of Bangalore, the Philatelic Museum showcases hundreds of stamps from various time periods. The museum is quite well maintained and comprises stamps of different countries and denominations. The place also features a round study stable, surrounded by almirahs carrying 600 books and magazines devoted to philately. There is no entry fee to visit this place and remains closed on Sundays.

Suggested Read: 10 Off-The-Wall Weekend Destinations Which Every Bangalorean Must Try

The National Gallery of Modern Art is located in the premises of Manikyavelu Mansion. NGMA is spread over an area of 3.5 acres and administered by the Ministry of Culture, Government of India. It is one of the three National Galleries of Modern Art in India, the remaining two located in New Delhi and Mumbai. It showcases the masterpieces of Indian art starting from the 18th century till the present times. It comprises of paintings, sculptures, graphic prints and examples of early photography in India. The museum remains closed on Mondays and holidays.

Indian Military Museum, also known as the National Military Memorial Park was established to honor the men and families of martyrs of the Armed forces who died post-independence. The museum was inaugurated in 2013 and showcases military and defense systems & equipment.

Suggested Read: Coorg Trip From Bangalore: A Pocket Guide For Your Next Getaway In 2020!

Kempegowda Museum was established in the year 2011, in the memory of the founder of Bengaluru, Yelahanka chieftain Kempegowda. Located on the first floor of Mayo Hall, the museum has statues, posters, pictures of temples and forts from his era.

Further Read: The Ultimate Weekend Getaway Destinations From Bangalore For 2020

These best museums in Bangalore are ideal for people intending to explore the illuminating museums across the beautiful city of Bangalore. The tickets for these museums are easily available at the ticket windows in museums respectively. Book your trip to Bangalore and enjoy wandering in the Silicon City of India!

Sakshi Awasthi, an ardent traveler by heart has been a Research Scholar for the University of Delhi. Traversing offbeat places and unveiling the untold story of historical sites turned the Researcher into a Travel Blogger. Currently, working as a Senior Content Writer with TravelTriangle.

Our Kerala Trip From Bangalore Was A Dream Come True!

21 Exotic Places To Visit In Thailand For Honeymoon In 2020

25 Most Romantic Places To Visit In Los Angeles: Romanticize, Relish, And Revisit In 2020!

33 Best Places To Visit In Amsterdam On Your Amazing Trip In 2020!