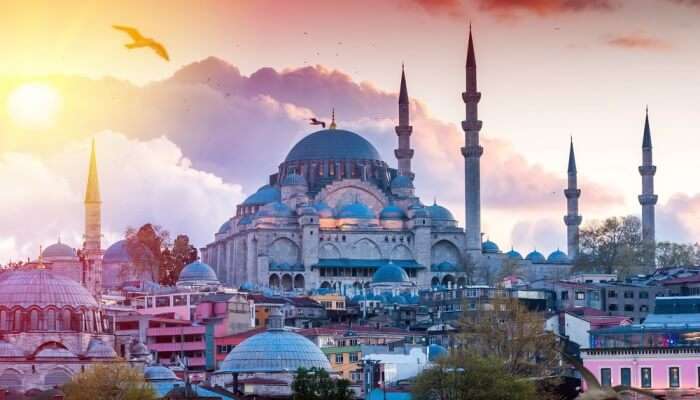 A land of countless architectural marvels and extremely rich history, Turkey is a destination that is slowly emerging as one of the popular tourist spots, especially amongst the travelers who seek to lose themselves in the magic of different heritages. With its floors being covered by a fair amount of timeless ruins and iconic monuments, strolling around the land of Turkey feels nothing less than taking a walk in a gigantic living museum. Museums in Turkey showcase the intriguing elements of Turkish history that included an extensive number of historic figures such as Romans, Ottomans, and Byzantines.

Turkey is not only a destination that is full of history and nature. It is a dreamland that can make any traveler fall in love with itself in an instant. From the ancient architecture of Istanbul and natural wonders of Cappadocia to the panoramic naturescapes of Kackar Mountains and scenic beaches of Patara, Turkey is a country like no other. Scan through this list of museums in Turkey that surely deserves some space on the bucket list when going on a Turkish vacay!

Take a look at this list of some of the most fascinating and impressive museums in Turkey that one should certainly add on their itinerary in order to get an impeccable insight into the rich and captivating history when on their Turkish escapade!

One of the most famous museums in Turkey amongst the locals and tourists alike, Topkapi Palace Museum was initially a residence for the Ottoman sultans. Constructed by Sultan Mehmed II in the 15th century, this palace has a legendary history attached to it. In the present day, the museum is home to various features that dictate the presence of the Ottoman empire residing in the palace. The Topkapi Palace Museum blankets arms, weapons, Chinese and Japanese porcelains, copper and goldplate kitchen utensils, European porcelains and glasses, imperial treasury, Istanbul glassware and porcelain, and much more.

Must Read: Turkey Visa For Indians 2021: How To Apply, Requirements And Tips

An architectural marvel of Turkey with its interiors adorning 30 million gold tiles, Hagia Sophia Museum is one of those museums in Turkey that are centuries old and were constructed for a totally different purpose initially. Hagia Sophia Museum has a rich history latched to it. From a church to a mosque and now, a museum, Hagia Sophia has always been a favorite and of great significance amongst the locals of Turkey. This building is that mystical construction where one can see features of the Ottoman and Byzantium both under one iconic flat dome.

Suggested Read: 8 Monuments In Turkey That Are A Reminiscence Of The Turkish War Of Independence!

Home to two of the most appealing marble artifacts of the goddess Artemis, Ephesus Archaeological Museum attracts flocks of tourists all year long. Along with blanketing the artifacts that were unearthed between the years of 1867 to 1905, this museum also envelops articles that are from the Cukurici Mound, the Temple of Artemis, and the basilica of St John. The centuries-old artwork that is found in this museum are not set according to their time periods, but according to a particular theme. One can find various coins, sculptures, ruins, and remnants from tombs and buildings of terrace houses, courtyards, and many other interesting pieces of the past.

Known for its exquisite architecture by the famous Bedrettin, Mevlana Museum adornes a Green dome and tiles that appeal to a fair amount of people. Sitting in a beautiful location in Konya, Mevlana Museum was originally home to the famous poet, philosopher, and religious leader Mevlana Celaleddin Rumi, and attracts tourists and pilgrims alike. The museum preserves all kinds of elements that have been associated with the Mevlana Order including books, priceless Qur’ans, metal and wooden artworks, carpets, and much more. To add, this magnificent structure has been divided into many sections such as outdoors, Dervish Cells, Kitchen, Yard, Library, Semhane, Chant room, and others.

Suggested Read: This Year, Celebrate Christmas In Turkey – ‘Land of the Crescent Moon’!

Finding a space for itself in the list of UNESCO World Heritage Sites, Yildiz Palace is breathtakingly beautiful by virtue of its massive complex of pavilions, gardens, and courtyards that have been designed in various different styles. Possessing a historic significance amongst the government administrations and civilizations of the ancient era of the Ottoman periods, Yildiz Palace boasts about an eclectic exterior while its interiors are filled with Turkish and Islamic designs and styles. Once a residence of the Ottoman sultans, the Palace Museum is a 90 mt long gallery that exhibits various Turkish porcelain along with other artifacts.

One of the most visited museums in Turkey, Pera Museum is an extremely impressive museum that features extensive exhibitions of the paintings of Turkish themes. Showcasing the intriguing glimpses of the Ottoman empire, Pera Museum houses a world-class collection that has been drawn from Suna and Inan Kirac. One of the most famous artifacts that Pera Museum blankets is the painting ‘The Tortoise Trainer’ by Osman Hamdi. Pera Museum also boasts about a Pera Cafe that offers a comfortable and homely vibe to the travelers.

One of the most interesting and engaging art museums in Turkey, Istanbul Modern is the first-ever modern and contemporary art museum in Istanbul that has recently opened the doors to the visitors. Focusing on modernism and possessing an all-round vision, Istanbul Modern is all about preserving, documenting, and collecting the present-day artwork. Apart from some of the most captivating exhibitions, this museum also gives its visitors an opportunity to make use of the photography halls, library, space for educational programs, cinema, cafe, store, and much more.

Turkey, a destination that makes one want to live there forever, has emerged on top of the list of every kind of traveler ranging from honeymooners and families to explorers and history buffs. Giving a major insight into the deeply rooted and rich history of the country, museums in Turkey are waiting to be unraveled, ready to narrate the tales of the legendary and glorious past of the destination. Plan an escapade to Turkey and find yourself being possessed by the old-world charm of the country!

Q. Which is the most visited museum in Turkey?

A. Featuring everything from weapons, porcelain, glassware, and antiques made of precious metals, the Topkapi Palace Museum is the most visited museum in Turkey is which sees more than 207,647 visitors per month.

Q. Which are the popular places to visit in Turkey?

A. Some of the best places to visit in Turkey are:
1. Kabak Bay
2. Patara
3. Cappadocia
4. Istanbul
5. Eminonu

Q. Which are the places to visit near Hagia Sophia Museum?

A. A few great places that you can explore near the Hagia Sophia Museum are:
1. Explore the Heritage Nomadic Art Gallery
2. Spend some time in the midst of nature at Gulhane Park
3. Visit the historical Basilica Cistern
4. Enjoy a walk around the Hurrem Sultan Fountain
5. Explore the historical site of Hippodrome

Q. Which was the first museum in Turkey?

A. Topkapi Palace Museum was the first museum established by the Republic to Turkey and was first opened in 1942.

Q. Is the Ephesus Archeological museum worth visiting?

Q. Which is the most popular museum in Turkey?

A. Some of the most popular museums in Turkey which are a must-visit are:
1. Topkapı Palace, Istanbul
2. Hagia Sophia, Istanbul.
3. Mevlana Museum, Konya
4. Demre (Santa Claus) Museum
5. Archaeological Museum, Istanbul

This Paragliding In Pamukkale Guide Answers What, Where And What Else About This Place

Tie The Knot Amidst The Blissful Ambience Of These 8 Wedding Venues In Turkey!

Turkey Honeymoon: 13 Romantic Experiences To Let The Love Blossom In 2021