15 Places To Visit In Pula To Experience The True Croatian Charm In 2021! 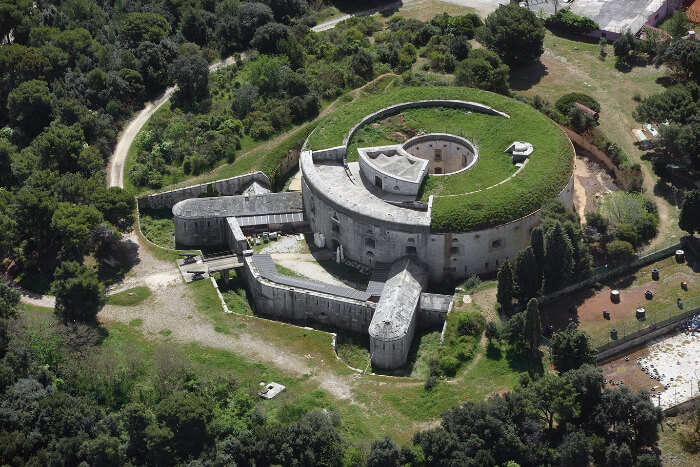 Pula is the coastal city in Croatia overlooking the majestic Adriatic is known for its tremendous beaches! But there’s more to the magnificent city of the Istrian Peninsula and it is the majestic history of the place. Pula, even today, basks in ancient history and makes for an enchanting beauty located amidst all those imposing structures and crumbling walls.

There are popular places to visit in Pula from the times of the Romans, the Venetians, and the Austro-Hungarians, that thrive all along with the Croatian coastal city. The historical tourist attractions in Pula have witnessed and weathered many battles, power plays, and stood gloriously through time. But tales of war and rustic medieval architecture is not all that the city has to offer. It is also lined with beautiful beaches, natural parks, forests and a sprawling hillside. From nature lovers to history buffs, Pula has something to offer to everyone!

15 Best Places To Visit In Pula

Here is the list of most famous places that you ought to visit on your vacation. Keep scrolling down and read along

Image Source
Yes, the Romans were here performing epic fights right from the 1st Century. This mighty structure is the most well-preserved Amphitheatre in the world. Being one of the best places to visit in Pula, here you will see a still standing Arena, underground passages, cisterns etc. exhibiting the Gladiator’s ways.

Suggested Read: 10 Best Croatian Islands That Are Perfect For Your Next Beach Holiday!

Just another well-preserved beauty of Pula tourism. Constructed under the reign of King Augustus, the temple is roughly 2000 years old. First, a temple, then a church, later a granary and now a place for storing historically significant monuments and sculptures, this place has undertaken many roles.

The city’s main square plays host and celebrates every big occurrence since hundreds of years. During the summer seasons, you may get to enjoy the concerts and cultural events. Also, you may enjoy football matches with huge crowds whenever the Croatian team is playing in any important leagues. It will be the most magnificent setting you will enjoy football in.

Though Pula already has Temple of Augustus, it is nowhere near sufficient to house the massive cultural heritage. They had outgrown the temple’s walls way before it was initiated as a museum. The museum houses the mark of all the empires the city has seen. Exhibits start from finds of the Stone Age and even today showcases have to be updated to encompass the historical richness of the Istrian Peninsula.

Placed in an uplifted center of the city, this is a Venetian military fortress built in the 17th Century. Proudly displaying militarily significant architecture, a watchtower and canons to scare off any spectators, the Kastel was built as a main footing of the Venetian’s to defend the city of Pula as well as the entire upper Adriatic. Together with the Arena, this structure is the proud host of Pula’s International Film festival.

6. Church And Monastery Of St. Francis

You can reach this place by continuing on the uphill path starting at the Forum. One of the popular places to visit in Pula, the Church and Monastery of St. Francis was built in the 14th Century and later was surrounded by a monastery complex. The architecture style is typically and classically Roman. The most striking feature within is its serene gardens, with tall palm trees and ancient statues. One can even find small turtles sunbathing in this garden during summers.

The Austro-Hungarian era of this town bequeathed it with various effective defenses along the seashores. It harbors 26 forts, all in circular form, for effective use of artillery. It also contains tunnels, trenches, and batteries for conducting warfare. One can secure maps of this monument and sight all the forts here. A few of them are located on hilltops, providing brilliant vantage points and view of the vistas!

Suggested Read: Honeymoon In Croatia: All You Need To Plan An Incredible Escape

Found inside the Austro-Hungarian fortress Verudela, the town proudly homes the largest aquarium of Croatia. Along with many native aquatic species of plants and animals, the tanks and pools here have an architectural design to match the grandeur of the fortress. The aquarium also has an entire room for displaying Sea Horses and the only Turtle rescue center located in Croatia. However, the star of the show is the tank full of sharks placed in the first atrium of the fortress.

This is Istria’s southernmost point, located just a few kilometers south of Pula. With clear blue waters, neat cliffs, a collection of small islands in between, it surely is a thing of beauty and definitely, a must not miss! The rocks surrounding the west side beaches serve as natural stepping stones and sides, like in pools. One can also use them for neat dives into the ocean. The ocean also plays host to many water sporting and scuba diving activities for the marine side in you!

To reach Brijuni Islands National Park, head to ‘Fazana’, a town located 10 km to the North of Pula. Ferries ply in tandem from Fazana to the park. 16 minutes is the total time required to reach Brijuni. A massive dinosaur statue awaits you at the entrance.

Brijuni Islands National Park is a group of small islands with pristine white Pula beaches all surrounded by azure waters. Also, there are close to 200 footprints found of Dinosaurs from the Cretaceous period! One can also roam the remains of an old Roman villa and a church belonging to the legendary Knights Templar!

The ancient Roman triumphal arch commemorates three brothers of the Sergii family, who were part of the pivotal battle of Actium in France. It dates back to 30 BC and it still stands tall and reflects the beauty and charm of a bygone era that counts as one of the best places to go in Pula.

12. The Gate Of Hercules

This Roman landmark is one of the earliest pieces of Roman heritage that is still standing in Pula and has eroded carving of Hercules and names of two contemporary Roman officials.

Pula has a Small Roman Theatre, located within the town hall, on the hill slope underneath the Castle dating back to the 1st century AD. The ancient architecture and the evocative ruins will attract you to witness this roman architectural marvel that was designed for the purpose of entertainment.

Built on the remains of a Roman temple, the Communal Palace has not changes its function throughout its long history, and it is one of the preserved older town structures with an exceptional architecture.

Makina is one of Croatia’s top spaces for photography displays and exhibitions with big names in the industry often featuring their work. Makina becomes a meeting point for art and culture for the locals as well as the tourists.

Further Read: 10 Artsy Places To Visit In Croatia To End One’s Quest For The Archaic And The Lively

Now that you have the list of best places to visit in Pula, the best you can do is plan a trip to Europe and find yourself lost in the ancient kingdom, amidst the world of stunning natural artifacts.

Frequently Asked Questions About Places To Visit In Pula

Q. What is Pula famous for?

A. Pula is famous for its ancient Roman architecture spread across the city. The most well known among them is the Pula Arena.

A. Pula is one of the most popular holiday resorts in Croatia. It is a coastal town and has an International airport.

Q. How far is Rovinj from Pula?

A. The distance between Rovinj and Pula is 29 km and it takes around half an hour to travel between the cities.

Q. Where can I swim in Pula?

A. The rocky beaches of Pula has many concrete terraces where one can enjoy a swim. Some of the best beaches are located in Punta Verudela, Banjole, Fazana and Premantura.

Q. What is the best time of year to visit Croatia?

A. Apart from the monsoon season starting from July till September you can visit Croatia.