Red Fort: A Complete Guide To Explore The Beauty And History Of The Fort 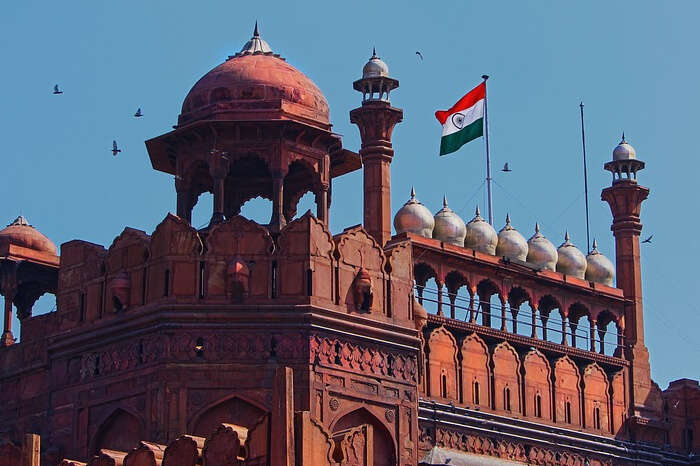 Delhi, the capital of India has become a major tourist attraction over the years. The place has a vast history which is a major reason for a lot of people visiting the place. It is the heart of India. Being a metropolitan city, you will find a wide range of options, from shopping markets, malls, galleries to museums and monuments. Various forts and monuments form a major part of the city, making it an amalgamation of historicity and modernity. There are various forts such as Red Fort, Humayun’s Tomb, Qutub Minar, etc. which depict the historic legacy of our country very beautifully. Red Fort in Delhi is a huge fort made up of red sandstone and has a vast history. Here is our handy guide for you that would help you know more about this marvelous monument.

The history of red fort goes back to the year 1638. It was built by Shah Jahan when he took the decision to shift his capital from Agra to Delhi. Also called Lal Quila, it was under the Mughal Empire for around 200 years and after that it was taken over by the Britishers. Bahadur Shah Zafar was the last Mughal Emperor who was coronated here in the year 1837.

Red Fort holds an important place in the history of India. It is the fort where the National Flag of India was hoisted at the time of Independence. Till present, it is hoisted at the same place by the Prime Minister of India every year.

The winter months of November to March are recommended the most when it comes to visit the Red Fort in Delhi. These months are cooler and you will be saved from Delhi’s heat during this time.

If you are looking for a pocket-friendly trip to Delhi, then you can visit in the months of April and May. But make sure to protect yourself from the heat waves in Delhi.

Suggested Read: 10 Interesting Museums In Delhi To Explore The Indian History And Culture

Red Fort is a very beautifully built monument which is in the form of a parallelogram. It has walls facing Yamuna as well as Chandni Chowk. One of the important gateways here is Lahori Gate. It is that particular gate where the Indian Flag was hoisted at the time of independence. There are other important buildings inside the fort as well. Diwan-i-Aam and Diwan-i-Khas are a few to name. The architecture of Red Fort depicts the beautiful Mughal culture.

Suggested Read: 7 Yoga Retreats Near Delhi Which You Should Definitely Visit This Summer!

Some Tips For Travelers

How To Reach Red Fort

You can easily reach Delhi. Being the national capital, it is very well connected with all the major cities. Indira Gandhi International Airport is the nearest airport located at a distance of around 20 km from the fort. From there, you can easily get a taxi or a cab. There’s also a hassle-free railway connection. There are various trains such as Shatabdi, Kalkaji, Jan-Shatabdi, etc. that run from different states to Delhi

The nearest metro station to Red Fort is Chandni Chowk Metro Station which on the yellow line. As you will get down of the metro, you can easily reach the fort as it is only 1.5 km from the station.

Red Fort in Delhi is a beautiful monument with a vast and diverse history. Planning a trip to Delhi? Don’t forget to visit the Red Fort if you love to explore the history of a place. Located at the centre of Delhi, it also has a number of museums inside. You can even have some photography sessions there if you love getting clicked. So, what are you waiting for? Plan a vacation to Delhi with TravelTriangle and explore the capital city of India.

An avid reader by choice, passionate about writing and exploring new ideas and places. Music is what helps me make peace with my soul. Live, love and laugh is the ideology I follow.

15 Terribly Underrated Destinations In India We Bet You Didn’t Know About!

Scuba Diving In India: Explore The Breathtaking Underwater Universe At The 14 Best Spots In 2021!